President Donald Trump’s claims of wrongdoing in Pennsylvania’s election have grown more insistent as he nears the two-week anniversary of being declared the loser in the presidential race.

In the third version of his campaign’s federal lawsuit seeking to overturn the results there, the complaint accuses election officials in Democratic strongholds of scheming to steal the election with thousands of invalid mail and absentee ballots that Republican observers were blocked from checking.

Campaign lawyers want a federal judge to block Pennsylvania from certifying the results to give them time to search for evidence. Trump’s campaign wants to examine as many as 1.5 million mail and absentee ballots in seven counties, even though no one has produced evidence of widespread fraud or irregularities in the state.

But time for this case is growing short.

Monday is the deadline for Pennsylvania to certify the 2020 presidential election results. Biden leads Trump by 81,361 votes in the latest tally compiled by the Associated Press.

Missing that deadline raises the possibility that Pennsylvania won’t make the so-called Safe Harbor deadline on Dec. 8 to send its electors to Congress.

If it doesn’t, that could open the door for a controversial, long-shot way to hand the state to Trump: Pennsylvania lawmakers, not voters, would pick the people who will formally cast the state’s votes in the Electoral College.

Kermit Roosevelt, a constitutional law expert at the University of Pennsylvania Law School, said the Trump campaign is “sending the message that election outcomes that go against Republicans are inherently illegitimate and need not be accepted — even if there is no evidence and no plausible legal argument that anything was wrong with the election.”

Trump has taken the election to the courts

Trump, a former real estate developer and reality TV star, has long wielded lawsuits to get his way. As it became clear that Trump had lost key states — and with them, the presidency — his campaign and its allies filed suits alleging problems around the country. But several judges have quickly dismissed their claims.

A case filed Wednesday in a Nevada state court on behalf of electors pledged to Trump alleges election officials in Clark County, where most voters are Democrats, used a ballot processing system that was susceptible to fraud. Similar claims have been raised unsuccessfully in other lawsuits there.

The complaint asks the court to declare Trump the winner in Nevada or disallow the certification of any presidential electors from the state.

The strategy in Wisconsin:President Trump is seeking a recount in two Wisconsin counties, but what he’s really doing is preparing for a lawsuit.

Meanwhile in Michigan:GOP legislative leaders to meet with Trump at White House amid election fight

The Trump campaign dropped a lawsuit that sought to delay Michigan from certifying its results because of alleged problems with absentee ballot counting. However, Trump was scheduled to meet with Michigan lawmakers at the White House on Friday to discuss the state’s election certification, which goes to a state canvassing board of two Democrats and two Republicans on Monday.

And a judge on Thursday denied the Trump campaign’s request for a temporary restraining order to prevent the certification of Georgia’s election results after a recount affirmed Biden’s victory there.

The Trump campaign’s arguments in the Pennsylvania federal case have shifted back and forth in the 10 days since the case was filed.  The original filing drew universal criticism and predictions of failure from nine legal and constitutional law experts surveyed by USA TODAY.

An amended complaint filed six days later dropped most of the references to a “two tiered” voting system. Instead, it focused on allegations that voters in Democratic areas who made mistakes on their mail ballots were improperly helped by election officials to fix them. Ballots with mistakes in other areas were disallowed, the second complaint alleged.

Election officials “so mismanaged the election process” that no one “can have any faith that their most sacred and basic rights under the United States Constitution are being protected,” that complaint alleged.

The case has been marked by other twists. Two teams of Trump campaign lawyers have come and gone since the suit was filed on Nov. 9. They’ve been replaced by Giuliani and the Harrisburg law firm of Marc Scaringi, a Trump supporter and part-time talk radio host.

“I have never seen a high-profile case like this cycle through so many sets of lawyers so quickly, nor a high-profile election case not handled by election law and federal court and appeals court specialists,” Richard Hasen, a professor of law and political science at the University of California, Irvine, and the author of Election Law Blog, wrote in an email.

“The claims are both legally and factually faulty,” Hasen wrote.

“For a while, I was of the opinion that this was not a serious attempt to change the outcome of the election, but more an attempt to raise money and maintain the enthusiasm of Republican voters for the Georgia runoff,” he wrote in an email, referring to January elections that will decide who controls the U.S. Senate.

“But I do now think this is a real attempt to reject the will of the people,” he wrote. “We are lucky that it is so incompetent, and the ineptitude is comic. But the cost to our political system is deadly serious.”

A consistent allegation in each version of the federal suit is that “numerous sworn statements” attest to the alleged improper actions. However, that material hasn’t been included in the Pennsylvania case or made public.

The secrecy reflects fear that the witnesses would be harassed by “a vicious press,” Giuliani said Thursday during a news conference in Washington, D.C.

However, a witness who alleged Republican observers were denied access to ballot processing in Philadelphia on Nov. 3 — which is one of the claims in the federal case — testified in a separate case in state court.

After hearing testimony from the witness, a judge concluded he had “provided copious testimony as to his ability to observe the opening and sorting of ballots.” The judge concluded Philadelphia election officials had complied with the state’s election law for ballot processing observers.

A Pennsylvania appeals court overturned the decision, but the Pennsylvania Supreme Court upheld the original ruling.

Giuliani blasted the state high court’s ruling. A footnote in the latest version of Trump’s federal lawsuit offered an unusual partisan viewpoint: “The Pennsylvania Supreme Court is elected through partisan elections and consists of five Democrats and two Republicans. It has authored at least three decisions in 2020 which are viewed as highly partisan, including this decision.”

They seek access to the outer envelope for each ballot and an inner, security envelope that held the ballot itself. The two-envelope system is meant to allow double-checking of signatures, addresses and other information provided by voters.

The campaign wants to conduct sworn depositions of Pennsylvania Secretary of the Commonwealth Kathy Boockvar, as well as elections officials in the seven counties.

Attorneys for the defendants in the federal case have opposed the Trump campaign’s discovery motions.

During a federal court hearing Tuesday, Brann seemed taken aback by the shifting claims in the case and Giuliani’s statements that appeared to show he was rusty since he last argued a federal court case in 1992.

When Brann asked him what standard of legal review he should use to analyze the Trump campaign’s allegations, Giuliani responded, “I think the normal one.”

Brann mentioned strict scrutiny, the highest level of analysis a court would use to evaluate government actions in a case that alleges violations of the Constitution’s equal protection clause.

“Maybe I don’t understand what you mean by strict scrutiny,” Giuliani said.

Giuliani referred to fraud during the hearing, even though most such references had been deleted from the second version of the lawsuit.

Brann, seeking clarity, asked whether the lawsuit was claiming “fraud, with particularity.”

“No, your honor. And it doesn’t claim fraud,” Giuliani responded. He later said some of the confusion was due to mistaken deletions in the second version of the suit, which were rectified with the latest filing.

But time is growing short. Pennsylvania’s deadline to certify the results of the 2020 election is Monday. Congress’s Safe Harbor Deadline is Dec. 8.

Elector slates received after Dec. 8 aren’t automatically accepted, which theoretically could open the door for Pennsylvania lawmakers to send Congress a slate of electors pledged to Trump. The latest filing asks the judge to consider allowing just that.

If the judge doesn’t prevent the state from including “unauthorized votes” in its final results, the complaint asks him to declare “that the results of the 2020 presidential general election are defective and providing for the Pennsylvania General Assembly to choose Pennsylvania’s electors.”

‘Loss of democracy’:Trump campaign’s challenge of election results in Pennsylvania, Michigan and Arizona test US system

Before the election, Republican lawmakers in Pennsylvania dismissed the idea that they would send an alternate slate of electors to Congress. Thursday, Republican Sen. Camera Bartolotta cited comments from Majority Leader Sen. Jake Corman that the legislature does not choose electors under state law.

“Many of the issues we are hearing about need to be settled in the courts,” Bartolotta said. “We need to let that process unfold.”

Short of delaying Pennsylvania’s certification, Trump campaign lawyers seek to disqualify the presidential votes of thousands of the commonwealth’s voters.

Brann seemed reluctant to do so. He noted the lawsuit was brought in part on behalf of two voters who alleged they couldn’t correct errors with their ballots.

“You’re asking this court to invalidate more than 6.8 million votes, thereby disenfranchising every single voter in the commonwealth,” Brann said. “Can you tell me how this result can possibly be justified?”

“The conduct was egregious. The conduct was premeditated,” Giuliani responded, referring to the alleged actions by election officials. “The reality is we’re not asking for the entire vote to be invalidated.”

On this he was right. The suit recommends invalidating large portion of the vote in the Democratic areas. 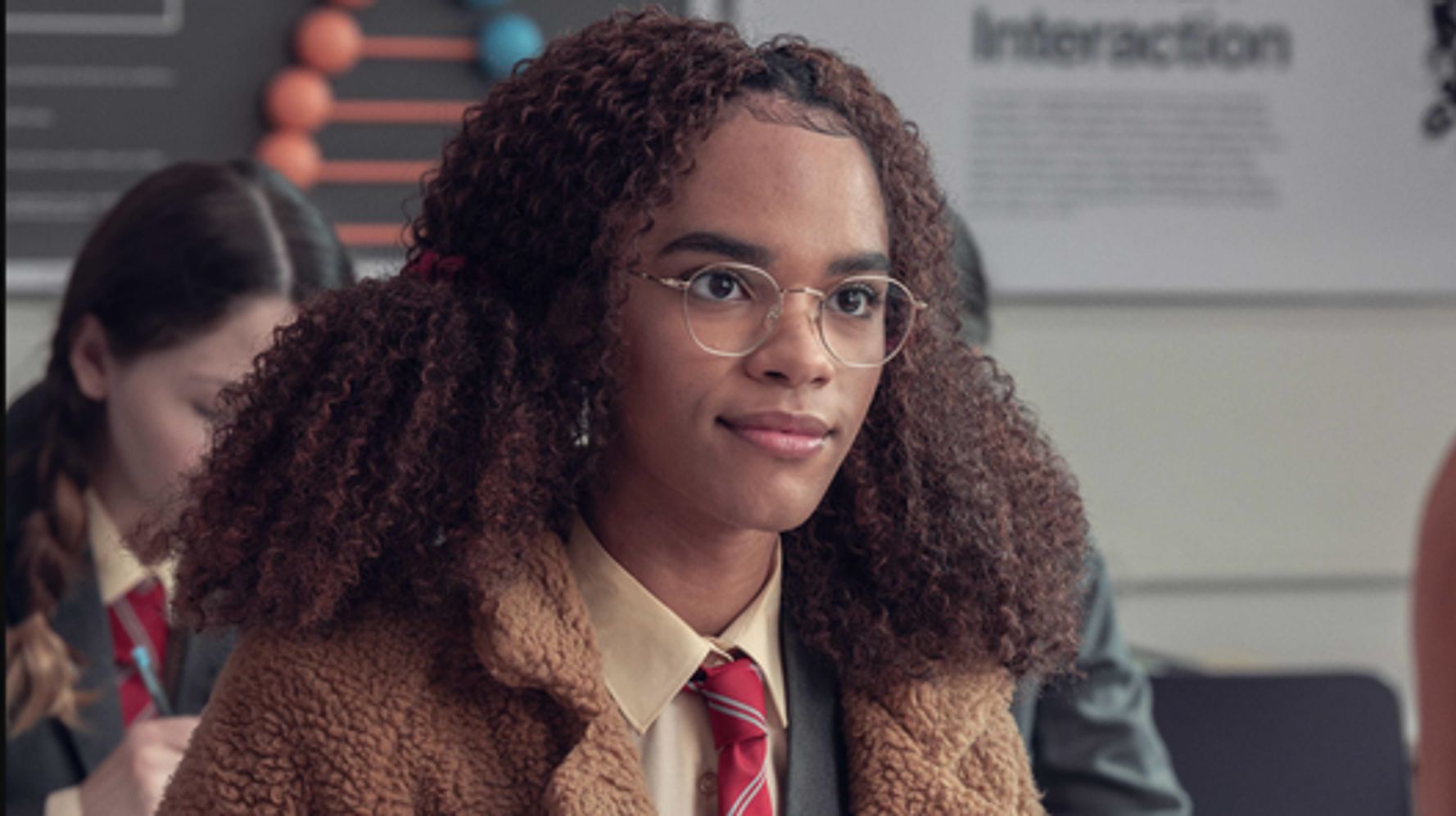 Heartstopper’s Yasmin Finney Joins Doctor Who Cast: ‘I Cannot Wait To Begin This Journey’
12 seconds ago

The Marines Want to Arm Their Infantry With Suicide Drones 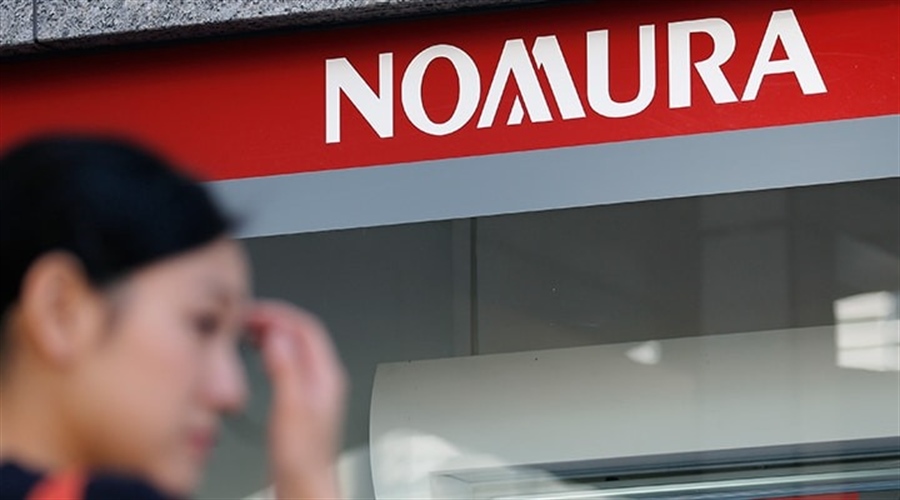 Nomura Plans To Launch a Crypto Subsidiary
4 mins ago