If there’s a pipeline of big-money influence into the Biden White House, are we supposed to feel better if the exact nature of the flow within that pipeline is secret?

That’s the strange argument reportedly being made by lawyers for the 46th president, as they grapple with the fact that Hunter Biden plans to make millions as an artist even as, of course, Hunter retains his anointed status as First Son to President Joe Biden. Yes, that’s right — the Biden lawyers think that it will be best if we, the American people, don’t know who’s buying Hunter’s art and for how much.

Interestingly, this cover-up approach seemed to be too much even for the Washington Post, an outlet not normally seen as as a critic of the Biden administration. Under the quippy headline, “Deal of the art: White House grapples with ethics of Hunter Biden’s pricey paintings,” the Post reported on July 8 that Hunter will be free to sell his artwork through a New York City art dealer, so long as he, Hunter, never learns the identity of the purchaser, and so long as the dealer rejects purchasers deemed to be “suspicious.”

We can immediately see that this arrangement is completely unenforceable and in fact impossible to make work. If someone buys a Hunter Biden artwork for six figures (or maybe, who knows, even more), that purchase is not going to stay secret, even in the unlikely event that the purchaser wanted his or her buy to remain secret. After all, most art buyers are sociable enough, living, as they do, in a world of galleries and exhibitions. And of course, plenty of reporters—society gossips as well as political journos—as well as others are curious about anything concerning the First Family.

Furthermore, political influence-buyers actively want their influence to be known—especially with the person they hope to influence.  In other words, the fact that big money is gushing toward Hunter Biden is sure to be known–at least to Hunter and to anyone he cares to tell about it.

Yet lest anyone think that the Post report of the unusual secrecy surrounding the First Son’s art sales was somehow fake news, White House press secretary Jen Psaki defended it the following day, declaring that Hunter Biden  “has the right to pursue an artistic career.”  And she added, “I can tell you that after careful consideration, a system has been established that allows for Hunter Biden to work in his profession within reasonable safeguards,”

Perhaps this rickety arrangement is already flunking the reader’s laugh test.  And yet, as this author noted back in June, the issue of art-purchasers potentially buying influence in the White House is no laughing matter.  So it’s worth digging into the details of the proposed arrangement, as they have been provided to the Post:

White House officials have helped craft an agreement under which purchases of Hunter Biden’s artwork—which could be listed at prices as high as $500,000—will be kept confidential from even the artist himself, in an attempt to avoid ethical issues that could arise as a presidential family member tries to sell a product with a highly subjective value.

So again, that’s the White House’s key idea: Keep the identities of the purchasers away from Hunter lest he wish to help reward them with his presidential pull. And Hunter, of course, has had a long career as a helper for big companies and foreign countries–from Ukraine to China to Mexico–and those deals have been and can still be an embarrassment or worse for Team Biden.

On July 10, a very droll Ian Bremmer, the well-known geopolitical pundit, tweeted a picture of one of Hunter’s art works and added the joke, “I don’t hate this Hunter Biden painting. But for $500,000 I feel like I should also get some of his Ukraine energy expertise thrown in.”  The joke being that Hunter has no Ukraine energy expertise.

I don’t hate this Hunter Biden painting. But for $500,000 I feel like I should also get some of his Ukraine energy expertise thrown in. pic.twitter.com/aiZPZrNJXb

Sen. Tom Cotton (R-AR) also weighed in about “tough” ethical questions surrounding Hunter, who is, Cotton added, “still investing in CCP [Chinese Communist Party]-linked firms.”  In other words, according to Cotton, the potential exists for the People’s Republic of China to directly influence Hunter; it could be PRC money flowing through that pipeline to the White House.

Some very tough ethical questions about whether the president’s son, who is still investing in CCP-linked firms, should take $500,000 in payment (bribes) for his “artwork.”

Better consult the experts on this one!https://t.co/uLubqk40nl

Yet while Hunter is for sure a black sheep, he is also still much loved by his doting father.  Thus in January 2021, even after so many disclosures about Hunter’s misdealings, the younger Biden was highly visible at his father’s inaugural.  Indeed, Hunter’s showcasing sent the world an unmistakable message: The son is still in good with his father, now the 46th president.

Given this tight family bonding, perhaps we can spare some sympathy for the Biden White House lawyers, who have been called upon to cobble together something that’s un-cobble-able—a plan for insulating Joe’s Oval Office from Hunter’s new moneymaking plan.

Returning again to that Post article, we might consider the extraordinary trust being placed in a New York City art dealer, Georges Bergès; it is up to him—a man with no vetting—to make myriad high-dollar ethical decisions for Hunter, for the Biden White House, and in effect for the United States:

Under an arrangement negotiated in recent months, a New York gallery owner is planning to set prices for the art and will withhold all records, including potential bidders and final buyers. The owner, Georges Bergès, has also agreed to reject any offer that he deems suspicious or that comes in over the asking price, according to people familiar with the agreement.

Is Bergès to be trusted like this?  Will he be trustworthy on such matters as the purchase price?  Will crypto-currencies, which are nearly impossible to trace, be involved?  We’ll have to wait and see, although, of course, maybe we won’t see. Indeed, the loopholes here so wide that it seems that they’re all hole and no loop.

In the meantime, we already know this much: Joe Biden has had a long—lifelong, of course—association with wheeler-dealers within his family, with those many relatives happy to make money off their powerful family tie.

This reality was made plain back in 2019 by Politico in a piece headlined, “Biden Inc.: Over his decades in office, ‘Middle-Class Joe’s’ family fortunes have closely tracked his political career.” The piece was a tale of familial financial opportunism, as Biden family members cashed in on their connection; for instance, the article includes a moment in 2006 when Biden’s younger brother, James, laid out his development strategy for a proposed hedge fund: “Don’t worry about investors. We’ve got people all around the world who want to invest in Joe Biden.” (At the time, Joe Biden was a U.S. Senator.)

We pause over James Biden’s words, We’ve got people all around the world who want to invest in Joe Biden.  And if we do so pause, we can begin to better see the dimensions of the issue with Hunter Biden and his father.

Francis ‘Frank’ Biden, the President’s brother, was hired as a non-attorney, senior adviser for Berman Law Group, a Boca Raton law firm in 2018. The firm frequently touts Frank Biden’s ties to the President, featuring Frank and his family connections prominently on their website, in ads and on social media. [emphasis added]

Given all this media and social-media saturation, it’s becoming apparent that there’s no way that any purchase of Hunter’s art is going to stay secret.  Not from Hunter, and probably not from anyone else in his family.

“The whole thing is a really bad idea,” said Richard Painter, chief ethics lawyer to President George W. Bush. “The initial reaction a lot of people are going to have is that he’s capitalizing on being the son of a president and wants people to give him a lot of money. I mean, those are awfully high prices.”

And then there’s this equally stinging quote from Walter Shaub, head of the Office of Government Ethics from 2013 to 2017: “Because we don’t know who is paying for this art and we don’t know for sure that [Hunter Biden] knows, we have no way of monitoring whether people are buying access to the White House.  What these people are paying for is Hunter Biden’s last name.”

Given these realities—no money secrets from Hunter and no apparent family distance between Hunter and Joe—it’s easy to see that the White House plan for Hunter’s art is not going to work as advertised.  There’s no veil, no wall, no blind trust, no black box, no anything, that can fully compartmentalize the public interest from Hunter’s private interest.

In fact, there might be a lot less separation between Joe and the Biden family politics business than most Americans have realized—or that the Main Stream Media has been willing to fully explore.

In 2019, Forbes magazine estimated Joe Biden’s net worth at $9 million. Now how did Middle Class Joe come by that much money when he’d been working almost continuously on a government salary since 1970? Earlier this year, Town and Country magazine offered a photographic look at Biden’s real estate holdings, which are extensive, including a 6,850-square-foot manse on “four acres of secluded, lakefront land” in Wilmington, DE.  Plus another nice home in Rehoboth DE, and yet another in McLean, VA.  (On July 8, a report in Mediate brought all this back to mind, as readers were reminded that for a mere $2.39 million, they could be a neighbor of the Bidens in Wilmington.)

Without a doubt, the Biden family has done very well. And now, here comes Hunter Biden with his latest money-making plan; he’s seemingly destined to blaze a lucrative trail in the art world. Nice work if you can get it!

In the meantime, the rest of us—those of us not blessed with Hunter’s talent as a well-born “art-preneur”—should at least demand total transparency in his dealings.  That is, the only hope that we can have for any kind of accountability is if all of Hunter’s art purchases are fully publicized, including not only the identity of the purchaser but also the precisely audited dollar total paid by the purchaser.

This is a point made by Breitbart News senior contributor and Profiles in Corruption author Peter Schweizer, who earlier told Breitbart News that the Biden White House plan was “absurd.” “The only way to address these issues is with greater transparency–not less,” he added. “Their proposed solution is greater secrecy, not transparency. And they are essentially saying ‘Trust Us.’ Joe and Hunter Biden’s track record on such matters gives us no reason to trust them.”

More than a century ago, the eminent social reformer and future Supreme Court Justice Louis Brandeis wrote, “Sunlight is said to be the best of disinfectants.”  That is, the public’s right to know is what guarantees honesty and fair dealing.

Today, what’s needed is a good dose of the Brandeisian sunlight-as-the-best-disinfectant therapy.  Unfortunately, the Biden White House is pursuing the exact opposite approach.

Americans consume 4.5 billion pounds of fries annually — and Wendy’s aims to make its mark with its ‘hot and crispy’ version
1 min ago

Americans consume 4.5 billion pounds of fries annually — and Wendy’s aims to make its mark with its ‘hot and crispy’ version

The Biggest News Out Of Apple’s Unleashed Event Yesterday 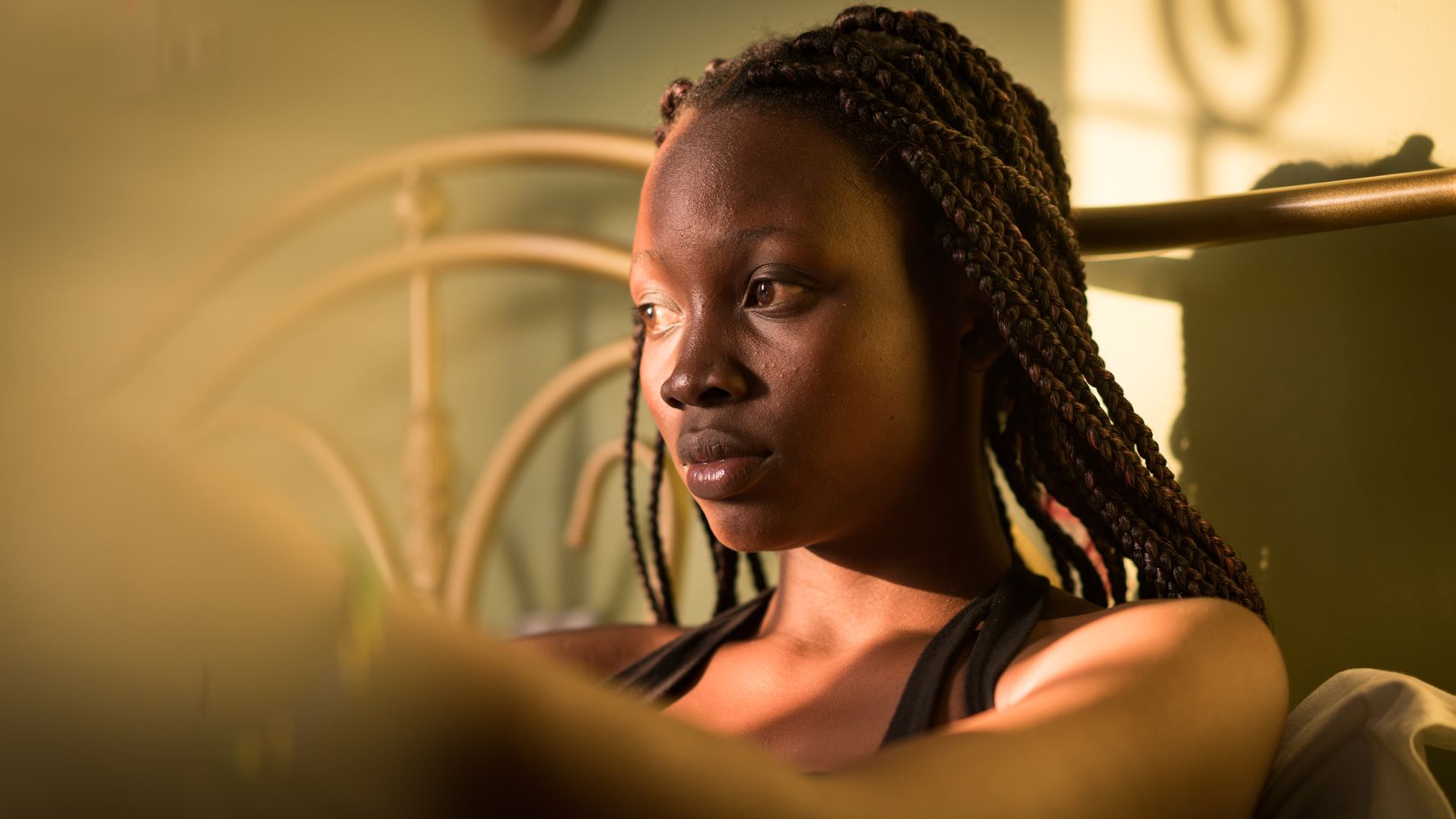