The Republican leaders of Arizona’s most populous county issued a blistering rebuke on Monday to a review of the November election that had been ordered by Republicans in the State Senate, calling it “a grift disguised as an audit” that had spun out of the legislators’ control.

The senior Republican in Maricopa County, Jack Sellers, the chairman of the board of supervisors, said flatly that the county would stop cooperating with the review and suggested that it would challenge in court any of its conclusions that pointed toward improprieties.

“This board is done explaining anything,” Mr. Sellers said at a special meeting of the five-member board, four of whose members are Republicans. “People’s ballots and money are not make-believe. It’s time to be done with this craziness, and get on with this county’s critical business.”

It was an extraordinary pushback to an election review that was supposed to placate voters who insisted that Donald J. Trump’s narrow loss in the state was a result of fraud, but which has mushroomed into a political spectacle with what experts call serious procedural lapses.

The Maricopa supervisors had resisted the audit since its inception in December, asking a court to decide whether the State Senate could legally take control of election records and equipment governed by strict security safeguards. They had insisted throughout that the county’s election — in which Joseph R. Biden Jr. earned a slim majority of 2.1 million total votes — had been among the most secure and smooth in the state’s history.

But they were pushed past the breaking point by a letter last week from State Senator Karen Fann, the Senate president, that implied that someone in the county had illegally removed critical election files from equipment and software that the Senate had subpoenaed for examination.

The supervisors learned of the claim when it was posted on a Twitter feed controlled by the review team. Ms. Fann’s letter asked the supervisors to address that and other concerns in a meeting with state senators and a liaison to the firms conducting the review — a meeting that was to be livestreamed by the far-right cable channel One America News.

Mr. Trump had seized on the deleted-file claim over the weekend, calling it “devastating” evidence of irregularities in the vote. That led the county’s top election official, Stephen Richer, to call Mr. Trump’s online comment “unhinged.”

“We can’t indulge these insane lies any longer,” Mr. Richer wrote on Twitter. “As a party. As a state. As a country. This is as readily falsifiable as 2+2=5.”

Three times, the county has investigated and upheld the integrity of the November vote, which was supervised by Mr. Richer’s predecessor, a Democrat.

On Monday, Mr. Richer summarized a 13-page letter being sent to Ms. Fann rebutting the claim of deleted files and other issues she had raised. In a number of cases, he said, the firms conducting the review had leaped to wrong conclusions because they had no serious experience in auditing election results.

The Florida firm hired by the State Senate to oversee the audit, Cyber Ninjas, is run by a chief executive who has touted conspiracy theories that rigged voting machines cost Mr. Trump victory in Arizona.

The unproven suggestion of impropriety in the November election raises the prospect that an exercise dismissed by serious observers as transparently partisan and flawed could become a potent weapon in the continuing effort by Mr. Trump and his followers to undermine the legitimacy of the vote in Arizona, and perhaps elsewhere.

The review has no formal electoral authority and will not change the results in Arizona, no matter what it finds. President Biden would have won the national election even if Mr. Trump had earned Arizona’s 11 electoral votes.

One poll by High Ground, a Phoenix firm known for its political surveys, concluded this spring that 78 percent of Arizona Republicans believe Mr. Trump’s false claims that Mr. Biden did not win the November election. A recent Monmouth University poll found that almost two-thirds of Republicans nationally believe that Mr. Biden did not legitimately win the 2020 election. More than six in 10 Americans overall believe that he did.

Beyond the dispute over supposedly deleted files, Ms. Fann is also pressing the county and the manufacturer of its voting machines, Dominion Voting Systems, to release passwords for vote tabulating machines and county-operated internet routers.

Dominion, which has been fighting a series of election-fraud conspiracy theories promoted by Trump supporters and pro-Trump news outlets, has said it will cooperate with federally certified election auditors. But it has spurned the firms hired to conduct the Arizona vote review, whose track record in election audits is scant at best.

Maricopa County officials have refused to turn over router passwords, which the auditors say they need to determine whether voting machines were connected to the internet and subject to hacking. County officials say past audits have settled that question. The county sheriff, Paul Penzone, called the demand for passwords “mind-numbingly reckless,” saying it would compromise law enforcement operations unrelated to the election.

The election review was born in December as an effort by Republican senators to placate voters who had embraced Mr. Trump’s lie that Mr. Biden’s 10,457-vote victory in the state was a fraud. Maricopa County, where two-thirds of the state’s votes were cast, was chosen in part because Republicans refused to believe that Mr. Biden had scored a 45,109-vote victory in a county that once was solid G.O.P. territory.

What once seemed an effort to mollify angry supporters of Mr. Trump, however, has become engulfed in acrimony as Ms. Fann and other state senators have steered the review in a decidedly partisan direction by hiring Cyber Ninjas, granting One America News and pro-Trump figures broad access to the process, and allowing a “stop the steal” advocate who had participated in the Jan. 6 assault on the U.S. Capitol to be hired for a vote recount.

An accounting of the review’s finances remains cloudy, but far-right supporters, including One America News, have raised funds on its behalf. Nonpartisan election experts and the Justice Department have cited troubling indicators that the review is open to manipulation and ignores the most basic security guidelines.

Most Arizona Republican officials who have spoken publicly have doggedly supported the review. But State Senator Paul Boyer, a Republican from a suburban Phoenix district evenly split between Republicans and Democrats, made headlines last week after saying that the conduct of the review made him embarrassed to serve in the State Senate.

State Senator T.J. Shope, another Republican from a Phoenix swing district, has been more circumspect, saying he believed that Mr. Biden’s election was legitimate but that he had been too busy to follow the controversy. But in a Twitter post on Saturday, he wrote that Mr. Trump was “peddling in fantasy” by suggesting that the county’s election records had been nefariously deleted.

The Maricopa County vote review has been forced to suspend operations this week while the Phoenix work site, a suburban coliseum, is cleared out to host high school graduations. Mr. Sellers, the chairman of the board of supervisors, said on Monday that he hoped the pushback against Ms. Fann’s claims would end her concerns.

“I will not be responding to any more requests from this sham process,” he said. “Finish what you call an audit and be ready to defend your report in a court of law. We all look forward to it.” 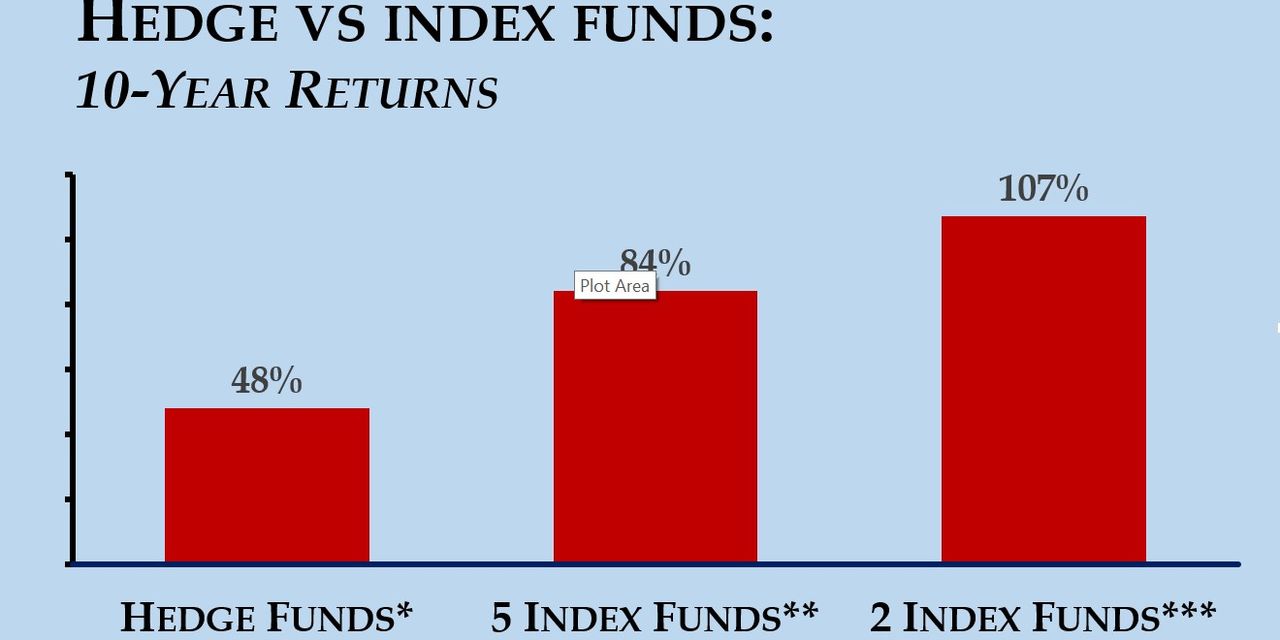 Choose your fighter: deGrom or Ohtani?
3 mins ago 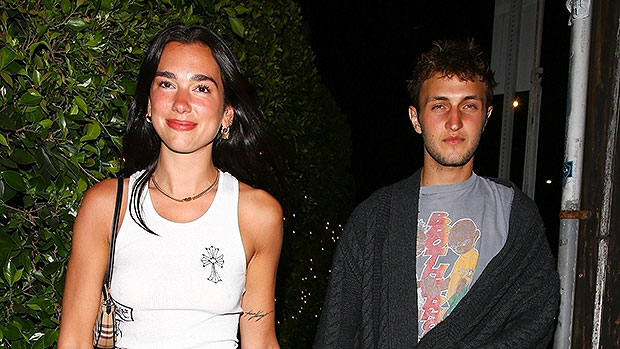 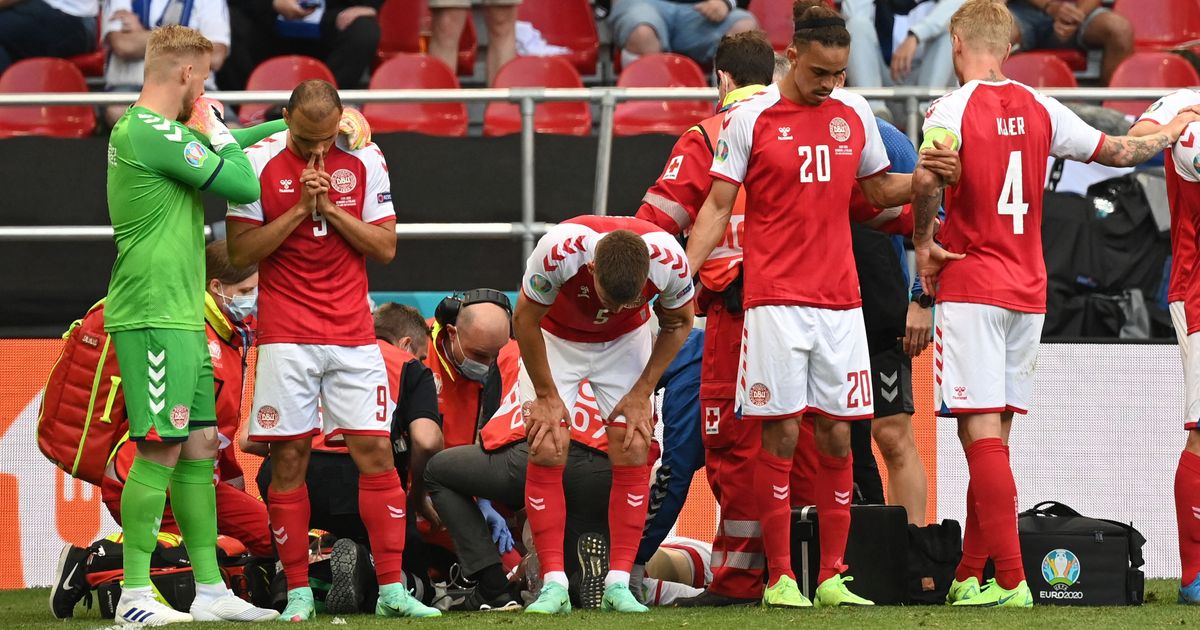 Christian Eriksen Collapses On Field At The Euros
8 mins ago