Kim Payne is a woman in demand. The beating heart of a support centre for families in crisis, over recent weeks she has found herself bombarded with pleas for help on an almost daily basis.

During a chat with Black Country Live, she reels off some of the latest heartbreaking messages from desperate parents: “‘Are you able to help me with household support fund?’,” Kim says, reading from her phone in her cramped office at the Big Venture Centre in Wolverhampton.

“‘This is my current gas and electric. I don’t get any money until next Monday and I’ve got five children’.” The image of shows the amounts of -£1.57 for gas and -£1.25 for electric.

READ MORE: DWP explains how PIP claimants and carers can get access to £650 cost of living payment

Kim moves on to another message: “‘My son’s school shoes have completely ripped open at the side, do you have any that can be donated?’.

“These are parents who now are saying ‘do you know anywhere else that can help me? I can’t even cook or give my kids a bath’.”

These are two messages but it’s just the tip of the iceberg – pleas for help like these from desperate parents have become depressingly familiar since the cost of living crisis hit hard.

Thousands of people across Birmingham, the Black Country and Solihull are struggling as the cost of living crisis hits hard. Those already on the breadline are being crushed by a combination of rising energy, food and fuel bills.

On the food frontline, campaigners and charities are reporting record levels of demand and need while donations are drying up. Pensioners, the working poor, young parents trying to hold families together and vulnerable individuals in supported housing and hostels are among those facing a bleak summer.

But together we can make a difference.

We have joined forces with the Active Wellbeing Society who help coordinate the brilliant network of foodbanks, food pantries, community projects, pay-as-you-feel cafes, faith and civic organisations offering free or cheap food in Birmingham, the Black Country and Solihull.

Together we have declared a #FoodSOS.

Local councils, social services and schools are doing what they can to help the most in need. Government payments, rebates and grants are helping some. But there is still a desperate shortfall.

You can GIVE HELP in three ways.

Donate your MONEY through the community JustGiving collection. Every penny will go to the food frontline to fund food and essential items

Donate your TIME by volunteering to help out at foodbanks, gather food, cook or serve customers at cafes, or distribute parcels. If you’re a community group or corporate organisation wanting to sign up together, please get in touch.

If you NEED HELP please click on the #FoodSOS map to find your nearest location.

Thank you. Together we can make a difference. #FoodSOS

“We’ve supported that family with a food parcel – a week’s shopping – and we’ve also supported them to top the gas and electric up. We can’t do it all the time but we do have families who come in like that. That is every day and it’s not just one, there are lots.”

Some families are finding it impossible to cope after eye-watering rises to energy bills kicked in at the same time food and petrol prices are sky high as inflation sits at a 40-year high. This is where the Big Venture Centre, in The Scotlands area of Wolverhampton, attempts to ease some of the strain on struggling parents.

Its community shop, which is supported by Wolverhampton City Council, offers locals food at cut-price rates in return for a one-off £5 membership fee, allowing them to pick up fresh meat, bread, fruit and vegetables while saving up to £50 on their weekly food bills. Supermarkets and retail giants including Marks & Spencer, Lidl, Aldi, Asda and Sainsbury’s also provide surplus stock which would otherwise go to waste and is made available for free. It’s hoped others will be launched across the city.

The decision was taken to launch the shop after users of the centre, which also offers financial support, grew substantially over recent weeks amid the cost of living crisis. The centre also hosts cooking sessions, allowing mums and dads to learn a key skill while also cooking a couple of meals for the week, giving them one less thing to worry about.

“We’ve had lots and lots of families coming forward who were really struggling for food. We were giving out a lot of food parcels free,” Kim, who runs the centre, explains.

“People were queueing up for food but you’re just putting a plaster over the wound really. We needed to find out why they were struggling.

“The shop has evolved out of the support we wanted to give families. We’re right smack bang in an area of deprivation and there’s lots of problems, complex issues, with families and individuals.

“The shop has highlighted how much support people do actually need. I’ve had messages from people who are struggling. It’s sad to hear because these were people who 12 months ago you would never even think of them struggling but because their circumstances have changed – they could have maybe had zero hours contracts or suddenly found themselves out of work, then rising gas and electricity bills and food is going up, and petrol. They’re all caught in a cycle that’s quite difficult to scramble out of.

The astronomical rises in gas and electricity bills has been a game changer and plunged countless more families towards poverty. “Where gas and electric is concerned that is to me one of the major things that is turning people to sheer desperation,” Kim adds.

“Somebody came to me the other day, £300 a month for their gas alone. It’s scary – £300 a month but they’ve still got to pay back £140 for arrears because they haven’t calculated the meter properly – £440 a month,” she says, the exasperation in her voice becoming ever more pronounced.

“That’s as much as some people’s mortgage or their rent, in some instances, so that’s like doubling their rent. You can’t live like that.”

And Kim is scared about the impact of constant cycle of worry parents have about how they will feed their kids and heat their homes during winter. She said: “They need to put them on an affordable tariff and not an affordable tariff then that debt is there because then you get the court letters, the threats to turn the gas and electric off. Mental health is through the roof.”

FoodSOS: How are you coping with the rise of food prices?

Follow the latest on the cost of living crisis and our #FoodSOS campaign on our dedicated page here. 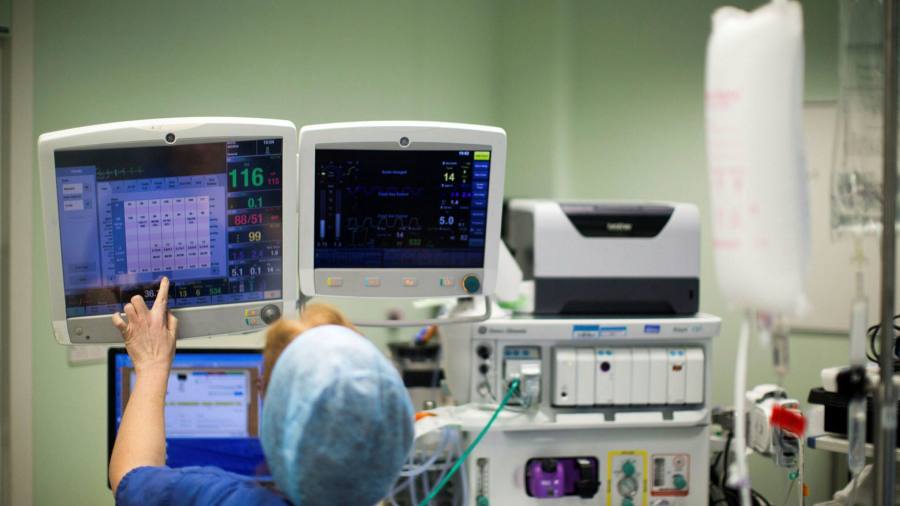 UK takes a pragmatic approach to medical regulation
2 mins ago 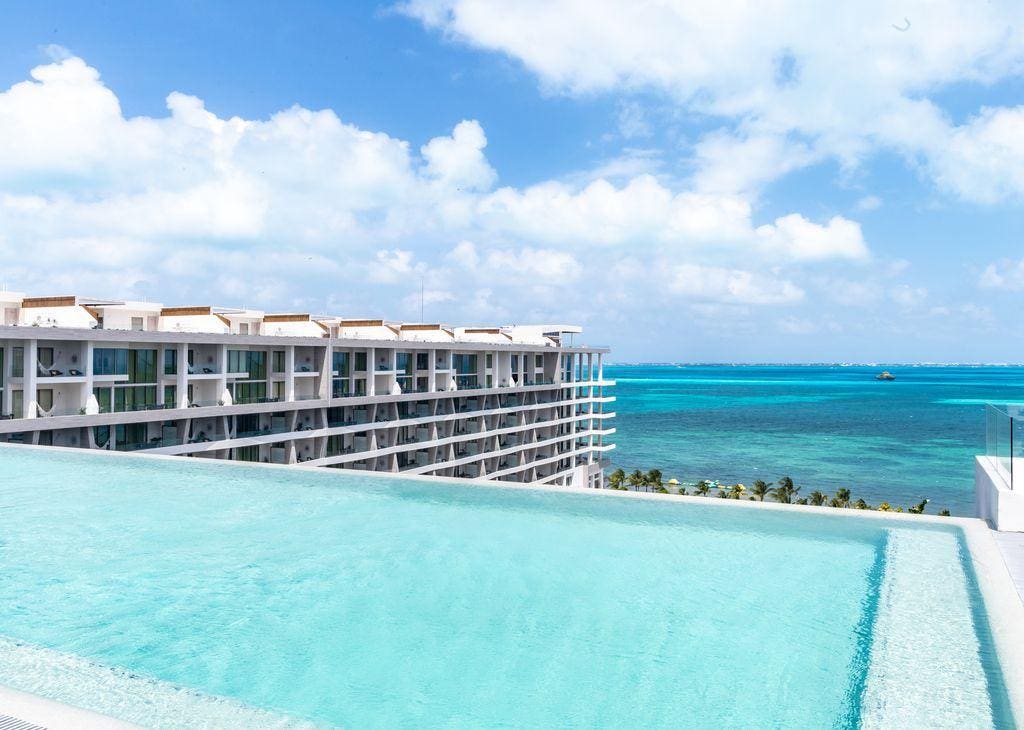 True Luxury Is Built To Last
5 mins ago 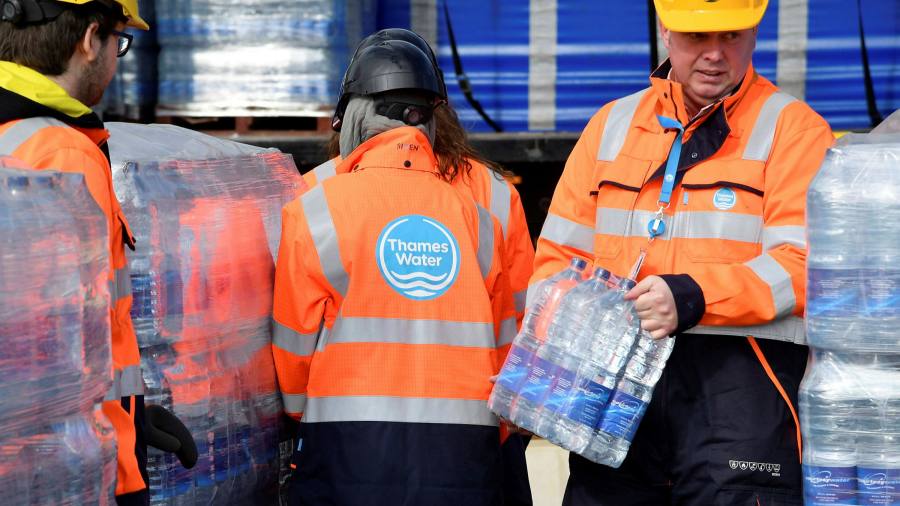 Thames Water/utilities: investors tapped for cash after deluge of complaints
6 mins ago 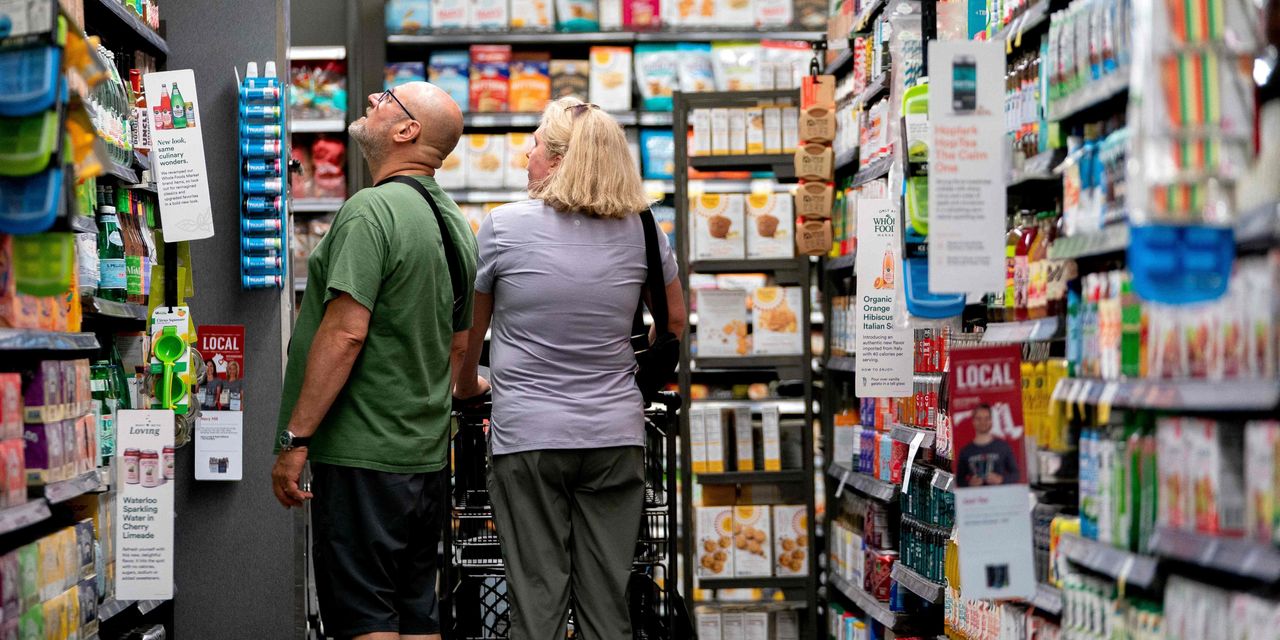