Howling winds of hurricane force roared across portions of California late Monday and early Tuesday, leaving over 150,000 customers without power.

On Monday, wind gusts of more than 90 mph were reported from Sacramento to the Bay Area, with one gust reaching 100 mph near Kirkwood, east of Sacramento, CNN reported.

To put the winds in perspective, a Category 1 hurricane has winds of 74 to 95 mph.

More high winds are expected throughout the day on Tuesday and into Wednesday, forecasters said. High wind warnings and advisories continue across much of California, where wind gusts may reach 70 to 80 mph at higher elevations and 50 to 70 mph in valleys and along the coast, the National Weather Service said.

“These high winds have the potential to produce widespread downed trees and tree limbs, significant property damage and numerous power outages,” according to the weather service.

In addition, the combination of the high winds and low relative humidity will continue to support a significant wildfire threat, especially along coastal sections from San Francisco to San Diego.

“Typically, Santa Ana winds stay out of downtown Los Angeles and the L.A. Basin, but this time, conditions may set up just right to bring 30- to 40-mph wind gusts even in those typically calm condition areas,” said AccuWeather senior meteorologist Mike Doll.

Southern California Edison said that over 288,000 customers in the Los Angeles area could see their power cut as a safety precaution during the storm. “When there is a high risk for a wildfire, we may temporarily shut off power to your neighborhood to prevent our electric system from becoming the source of ignition,” the utility company said in a statement.

Nearly 30 million Californians, or about 3 of every 4 people in the state, could see high winds through Tuesday, CNN meteorologist Pedram Javaheri said.

There are no significant changes to the weather pattern affecting California over the next two days, the weather service said Tuesday morning. 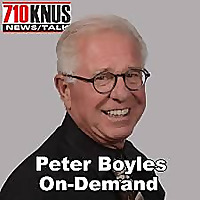 Curious about EVs? Here are answers to common questions about electric cars
1 min ago