Troy Deeney is in line to make his long-awaited debut for Birmingham City against Derby County at St Andrew’s on Friday night.

While, of course, what he delivers on the pitch will shape how Deeney is remembered by Blues fans once he hangs up his boots, it’s fair to say that very few players have arrived at the club with as much credit in the bank as he holds.

From the outside, the former Watford captain has always seemed destined to be on a collision course with his boyhood club at some point in his career, and now the dreams of his, and no doubt many fans, have become reality.

But why is he so adored at a club that he has never played a minute for yet? We detail four main reasons below…

He’s born and bred in the city

Deeney is was born in the city and grew up just six miles away from St. Andrew’s in Chelmsley Wood.

It was also there in North Solihull that the 33-year-old’s began his football career in the Midlands Football Combination Division Two for Chelmsley Town.

He broke through into the first team at just 16-years-old and went on to score 27 goals in his two-and-a-half seasons at the club before Walsall came calling in late-2006.

A loan to Halesowen Town followed immediately after before scoring exactly 27 goals again in his next three seasons to the north-west of the city before Championship side Watford gave him a chance in the second tier and the rest, as they say, is history.

He has the club’s crest tattooed on his leg

It has been common knowledge, having featured in various social media posts of Deeney, has the club inked onto his body.

And former Blues goalkeeper and teammate of Deeney Ben Foster has confirmed it in an interview with presenter Will Brazier.

“He has the Birmingham tattoo on his leg,” Foster said. “[It’s] on the outside of his calf, everyone knows he’s a Bluenose anyway.”

He always scores against the Villa

Simply, Blues’ bitter rivals Aston Villa are the side that Deeney has his best goals-to-game ratio against out over 80 clubs that he has faced during his professional career.

The striker has scored six times in five meetings with them, and the only time that he failed to do so was when he was introduced as a late substitute on the opening day of this season in a match Watford were already winning 3-1.

He has found the back of the net in all four starts he has made against the club, twice bagging a brace during their trips to Vicarage Road in the 2015/16 and 2019/20 seasons, which bodes well for the next time they rock up at St Andrew’s…

NEWSLETTER: Sign up for our Blues newsletter now, here

He loves a celebration at Villa Park

But it’s not just at home soil that he enjoys scoring against Villa, as in each of his two visits to Villa Park he has put the ball past their man between the sticks.

And it’s not just the goals, as his strikes in B6 are arguably more memorable for the celebrations that followed them.

On his first visit in 2016, Deeney scored what turned out the be the winner with his head five minutes from time and took great joy in knee sliding in front of the home faithful before jumping straight back up and pointing to the name on the back of his shirt with both thumbs.

It would be the best part of three-and-a-half years before he took to the pitch in front of the Holte End again, but little had changed in that time.

The striker again peeled away from his marker, again powered a header past a hapless goalkeeper, and again took great joy in mocking the fans in front of him afterwards.

This time Deeney opted for a more muted celebration as he stared into the crowd with pursed lips taking in the reaction before an open-mouthed grin cracked across his face just before being mobbed by his Watford teammates. 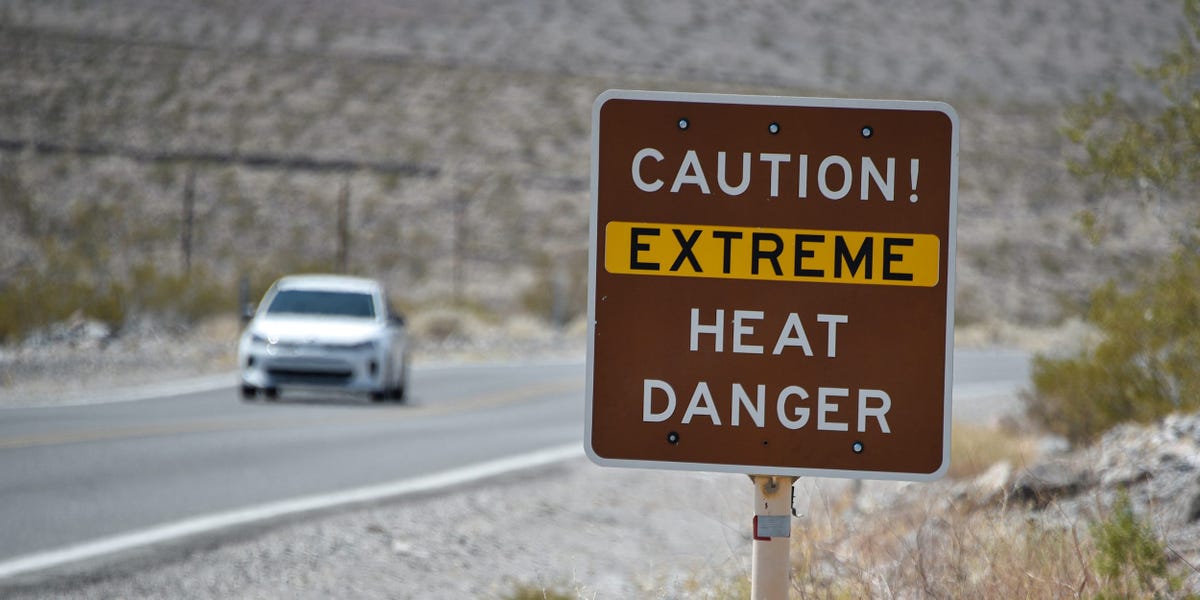 Extreme temperatures are killing farm workers — and it’s ‘entirely preventable,’ labor advocates say. They want Democratic governors to do something about it.
5 seconds ago

Extreme temperatures are killing farm workers — and it’s ‘entirely preventable,’ labor advocates say. They want Democratic governors to do something about it.