Here’s what you need to know:

While officials across the United States have offered free beer, concert tickets and millions of dollars in lottery winnings to encourage vaccinations, residents of the Rio Grande Valley in South Texas have needed little prodding. Exposure to death and disease has been enough incentive.

The four-county region accounts for nearly 10 percent of Texas’ approximately 52,000 deaths from the coronavirus. But today, deaths are significantly down, as are case numbers, and vaccination rates are higher than both the state and national averages.

In one county, about 70 percent of residents 12 and older are fully vaccinated, according to state figures and a vaccine tracker maintained by The New York Times.

“I think pretty much everyone in the region knew someone who died from Covid,” said Dr. Michael R. Dobbs, the vice dean of clinical affairs for the University of Texas Rio Grande Valley, which operates the region’s only medical school. “So people wanted the vaccine.”

At the height of the region’s coronavirus surge last summer, hospitals were overloaded with patients, many of whom waited hours to be seen, and funeral homes were so busy that many stored bodies in large refrigerators for weeks.

On its worst day, Hidalgo County, the most populous county in the Valley, reported the deaths of more than 60 people, reaching a coronavirus death rate of 5 percent, more than double the 2 percent national average.

So when vaccines became available, people scrambled to line up. They flocked to area schools, fire stations and flea markets. They slept in parking lots, jammed phone lines and showed up without appointments.

Elsewhere in the United States, high death tolls have not necessarily translated to high vaccination rates.

In the Rio Grande Valley, vaccines are part of the region’s fabric, said Dr. Emilie Prot, a regional medical director with the state department of health. Parents understand their children must be vaccinated against diseases like measles and polio before starting school, and that sentiment often translates to adults.

“In the Hispanic and Mexican culture, it’s always, ‘All right, you have to get your shots to go to school,’” she said. “It’s part of the culture that they need to get vaccinated.”

Recent polling supports this notion: According to an NPR/PBS NewsHour/Marist survey of 1,227 adults in early March, 63 percent of Latinos who participated said they either planned to get the vaccine or already had received it. (But the number of those who expressed hesitancy — 37 percent — was slightly higher than Black and white respondents.)

While the United States as a whole is not on pace to meet President Biden’s goal of at least partly vaccinating 70 percent of adults by July 4, the Rio Grande Valley is getting close to that threshold.

The vaccination numbers in the Rio Grande Valley are particularly striking at a time when rates continue to straggle in Southern U.S. states, and in Republican-led states, where mistrust in the government is more prevalent.

India administered 8.6 million doses of Covid vaccines on Monday, setting a national record on the first day of a new policy that offers free vaccines for all adults and aims to energize a lackluster inoculation effort.

Despite a slow start characterized by supply shortages and bickering between the states and central government, officials say that vaccine production and procurement are being accelerated to ensure that all of India’s roughly 950 million adults are fully vaccinated by the end of the year.

Monday’s total was the most Covid shots given in a single day in any country besides China, and the surge may have been partly because the vaccines were widely available and free for the first time to those younger than 45. But the boost was probably temporary — currently available supplies suggest that it would be difficult to sustain such a pace over the coming weeks.

India has increased the availability of doses to 120 million this month, from about 75 million in May. About 135 million doses are expected to be available in July.

The inoculation drive relies almost entirely on two vaccines manufactured in India, and government officials have said that the companies behind those vaccines, the Serum Institute of India and Bharat Biotech, have promised to deliver a total of about 1.3 billion doses from August to the end of the year. The remaining doses are expected to come from other vaccines still under assessment or trial.

In India, a nation of about 1.4 billion people, the task ahead remains enormous. Although the country has administered nearly 290 million doses of vaccines so far, according to government data, less than 5 percent of the population is fully vaccinated. Less than 20 percent of people have received at least one dose.

The government has worked to iron out supply issues and ease online registration requirements that have hampered vaccine access, especially in parts of the country where smartphone and internet availability are spotty. Still, vaccine hesitancy — born of local superstitions, as well as misinformation spread by some political and religious leaders — persists, officials say.

The effort to ramp up vaccinations comes as the worst of India’s devastating second wave appears to be over, with most of India’s major cities easing restrictions and reopening the economy. India reported about 42,000 new cases on Monday, down from a peak of more than 400,000 in early May. The weekly test positivity rate has remained below 5 percent for two consecutive weeks, a sign that undetected cases in the population are also decreasing.

About 390,000 peopled have died of Covid in India, according to official figures, although experts believe that is a significant undercount. In recent weeks, Indian news outlets have published numerous reports of “excess deaths,” a figure that compares the average number of mortalities during normal times with the increased toll during the pandemic. The difference is often much higher than the Covid toll reported by the states, suggesting that the virus has claimed many more lives than the official statistics reflect.

Colombia, where a surging coronavirus and a dearth of vaccines have led to widespread protests, has surpassed 100,000 recorded Covid-19 deaths, just the 10th country to pass that milestone.

Colombia and the wider Latin American region have become emblematic of the global divide between richer nations like the United States, Britain and Israel, which have reliable access to Covid vaccines, and poorer ones that lack them and are left grappling with rising death tolls.

The crisis has been particularly acute in South America, now home to seven of the 10 countries with the highest average daily death toll per person, according to a New York Times database. The list also includes Argentina, Brazil, Paraguay, Peru, Suriname and Uruguay. On Sunday, the Covid-19 death toll in Brazil surpassed 500,000, putting it behind only the United States and India in the total number of deaths.

The situation in South America is in sharp contrast with wealthier countries, where government officials have lifted emergency orders that require people to wear masks and practice social distancing.

Colombia has been averaging more than 500 deaths per day since the spring, according to the Colombian Ministry of Health. On Monday, Colombia reported 648 deaths, another record.

Less than 10 percent of Colombia’s population of about 51 million is fully vaccinated, public health data showed.

Colombia’s surge has steadily been worsening for months.

In the spring, Claudia López, the mayor of Colombia’s capital, Bogotá, warned residents that they should brace for the “worst two weeks” of their lives.

The crisis has exacerbated public anger in Colombia, with demonstrations over a pandemic-related tax overhaul intensifying as the nation grapples with rising infections and deaths.

There has also been an uptick in abuses by the national police force, with officers beating, detaining and killing protesters, sometimes opening fire on peaceful demonstrations and shooting tear gas canisters from armored vehicles, according to interviews by The New York Times with witnesses and family members of the dead and injured.

Dreaming of golden beaches and the caress of tropical breezes? Then consider a holiday on the island of Phuket.

That’s the pitch being made by the government of Thailand, which has seen its tourism-dependent economy battered by the pandemic. On Tuesday, the Thai cabinet approved a plan, called Phuket Sandbox, that will allow vaccinated international visitors to roam the island without having to quarantine for 14 days, as is the current policy for arrivals in Thailand.

“I’m very excited that it’s finally happening,” said Nanthasiri Ronnasiri, the head of the Phuket branch of the Thai tourism authority. “Business here has been devastated. With this reopening, at least the people are being given the chance to welcome tourists again.”

But Phuket Sandbox — which is scheduled to start on July 1 with five flights from Singapore, Qatar, Israel and the United Arab Emirates — may not deliver the economic boost that its supporters were hoping for. And the late date of formal approval, with many international travelers having already made summer plans, makes it unlikely that crowds of sun seekers will be descending on the island anytime soon.

The plan allows for tourists fully inoculated with World Health Organization-approved vaccines to spend 14 days on Phuket without having to be confined to a hotel room. After two weeks and multiple Covid-19 tests, the tourists, who must be from countries considered at low or medium risk for the coronavirus, will be allowed to travel to the rest of Thailand.

While in Phuket, they will be able to swim and snorkel, drink beer and enjoy an invigorating Thai massage, all with hardly any restrictions. (Masks are still mandatory in public, however.)

Health officials have warned that Phuket Sandbox could be suspended if coronavirus infections on the island rise beyond 90 cases per week. Thailand is currently suffering from its worst outbreak since the pandemic began, and a mass vaccine rollout is far behind schedule. Only about 3 percent of the country’s 70 million people have been fully vaccinated, despite government promises to administer 100 million doses by the end of the year.

To prepare for Phuket’s reopening, the Thai government began funneling vaccines to the island this year. Even so, less than 45 percent of people in Phuket have been fully vaccinated, according to health officials. And many were inoculated with the Sinovac vaccine, which may not be as effective against variants as other shots.

Some Thai doctors argue that the country shouldn’t open up so quickly, even for a pilot project on a sequestered island.

“There is still a risk when you welcome them without quarantining that they carry the virus into the country, especially when it is the variant of concern,” said Thira Woratanarat, a public health expert at Chulalongkorn University in Bangkok. “There will be a chance that it will spread in the community.”

Cases of the Beta variant that was first identified in South Africa have appeared at and around a religious school in southern Thailand. The Delta variant, first discovered in India, has appeared in construction worker camps in Bangkok.

But for Thailand’s tourism sector, Phuket Sandbox cannot come quickly enough. Ms. Nanthasiri of the Thai Tourism Authority said that a survey conducted among drivers, guides, boat staff, cleaners, hotel workers and others in the vacation industry there showed overwhelming support for opening up Phuket to vaccinated tourists.

“For now, they are more afraid of having nothing to eat than of contracting Covid,” she said. “Starving is scarier.” Autumn Budget: Government ‘willing to act on inflation’. What will this mean for mortgages and savings? | Fool UK
1 second ago 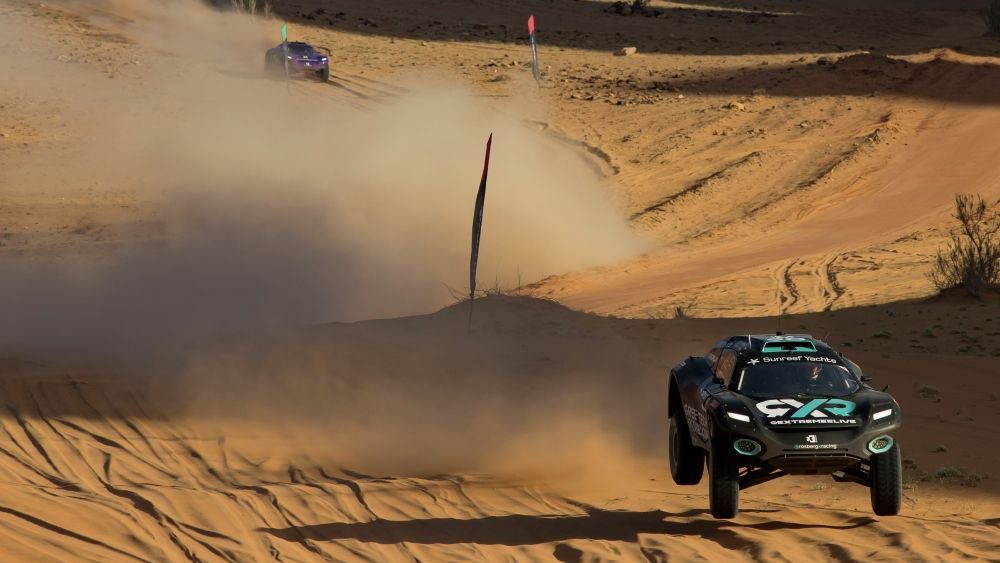 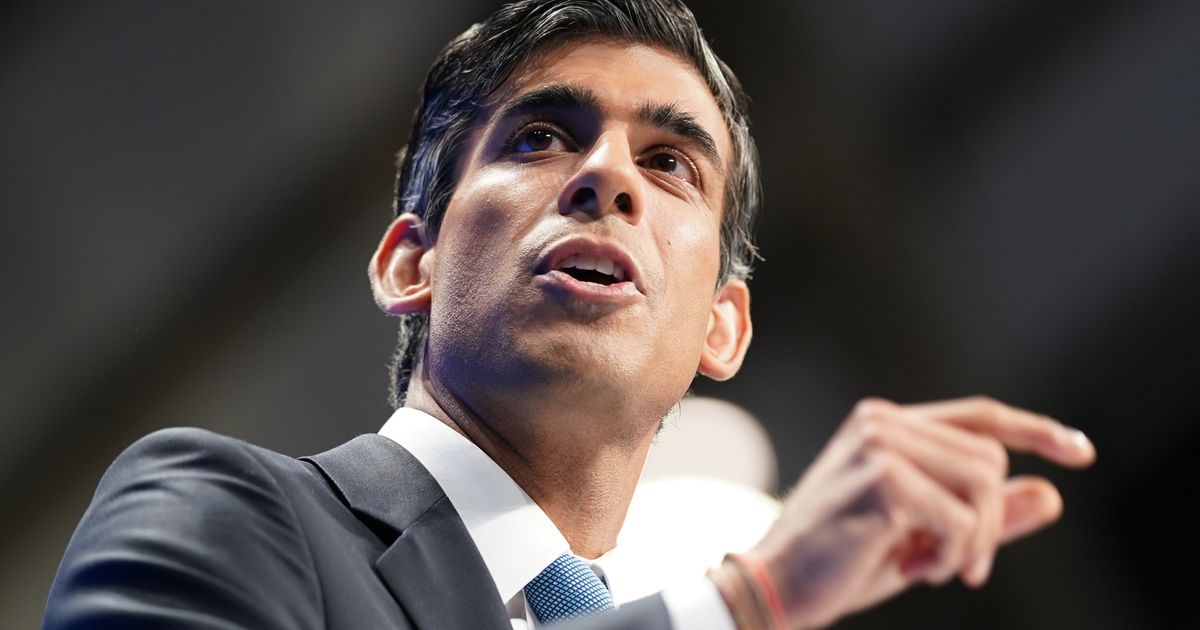 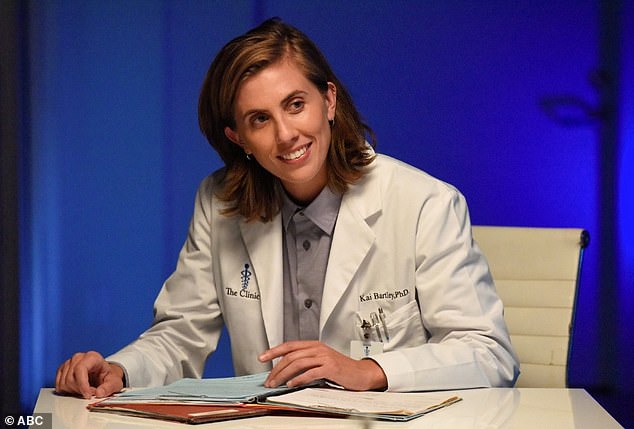