WASHINGTON — The Treasury Department is moving ahead with a formal racial equity review of the agency and its programs, putting in place an effort to ensure that economic fairness is prioritized throughout the Biden administration as it begins to disburse $1.9 trillion in relief money.

The initiative is expected to be led by Adewale Adeyemo once he is confirmed as deputy Treasury secretary, according to people familiar with the matter. It will be undertaken in close collaboration with Treasury Secretary Janet L. Yellen, who is making racial equity a centerpiece of her agenda as she oversees the disbursement of much of the stimulus package.

The review follows an executive order that President Biden signed in January requiring federal agencies to pursue racial equity and to support underserved communities in their policies and programming. The order was a sharp departure from the policies of President Donald J. Trump, who issued an executive order last year banning the “malign ideology” of racial sensitivity training across the government.

Treasury is developing its own civil rights strategy and, as part of that, is working to ensure that financial assistance distributed through the latest relief legislation is allocated fairly. The White House noted in January that previous rounds of stimulus checks were sometimes slow to arrive to people of color. And minority business owners who did not have close ties to banks often had difficulty gaining access to the Paycheck Protection Program for small businesses.

The full Senate is expected to vote this month on Mr. Adeyemo’s nomination. If confirmed, he would be the nation’s first Black deputy Treasury secretary. At his confirmation hearing last month, he spoke about how the coronavirus pandemic was worsening inequality in the United States.

“Until we contain the pandemic, economic policy must remain focused on providing relief to those harmed by the public health crisis, especially those disproportionately impacted: low-income communities and communities of color,” Mr. Adeyemo said.

A Treasury official said it was premature to say what Mr. Adeyemo’s role will be since he has yet to be sworn into office, but he is expected to work closely with Ms. Yellen on racial equity issues if he is confirmed.

The plan for Mr. Adeyemo to lead the initiative has been discussed in internal Treasury meetings, according to a person familiar with the matter.

All federal agencies are required to submit diversity and inclusion plans to the Office of Management and Budget this month, under the terms of the executive order.

The Treasury Department is also reviewing its personnel policies to ensure that the agency and the departments that it oversees — including the I.R.S. and the U.S. Mint — are diverse and inclusive.

The stimulus payments would be $1,400 for most recipients. Those who are eligible would also receive an identical payment for each of their children. To qualify for the full $1,400, a single person would need an adjusted gross income of $75,000 or below. For heads of household, adjusted gross income would need to be $112,500 or below, and for married couples filing jointly that number would need to be $150,000 or below. To be eligible for a payment, a person must have a Social Security number. Read more.

Buying insurance through the government program known as COBRA would temporarily become a lot cheaper. COBRA, for the Consolidated Omnibus Budget Reconciliation Act, generally lets someone who loses a job buy coverage via the former employer. But it’s expensive: Under normal circumstances, a person may have to pay at least 102 percent of the cost of the premium. Under the relief bill, the government would pay the entire COBRA premium from April 1 through Sept. 30. A person who qualified for new, employer-based health insurance someplace else before Sept. 30 would lose eligibility for the no-cost coverage. And someone who left a job voluntarily would not be eligible, either. Read more

This credit, which helps working families offset the cost of care for children under 13 and other dependents, would be significantly expanded for a single year. More people would be eligible, and many recipients would get a bigger break. The bill would also make the credit fully refundable, which means you could collect the money as a refund even if your tax bill was zero. “That will be helpful to people at the lower end” of the income scale, said Mark Luscombe, principal federal tax analyst at Wolters Kluwer Tax & Accounting. Read more.

There would be a big one for people who already have debt. You wouldn’t have to pay income taxes on forgiven debt if you qualify for loan forgiveness or cancellation — for example, if you’ve been in an income-driven repayment plan for the requisite number of years, if your school defrauded you or if Congress or the president wipes away $10,000 of debt for large numbers of people. This would be the case for debt forgiven between Jan. 1, 2021, and the end of 2025. Read more.

The bill would provide billions of dollars in rental and utility assistance to people who are struggling and in danger of being evicted from their homes. About $27 billion would go toward emergency rental assistance. The vast majority of it would replenish the so-called Coronavirus Relief Fund, created by the CARES Act and distributed through state, local and tribal governments, according to the National Low Income Housing Coalition. That’s on top of the $25 billion in assistance provided by the relief package passed in December. To receive financial assistance — which could be used for rent, utilities and other housing expenses — households would have to meet several conditions. Household income could not exceed 80 percent of the area median income, at least one household member must be at risk of homelessness or housing instability, and individuals would have to qualify for unemployment benefits or have experienced financial hardship (directly or indirectly) because of the pandemic. Assistance could be provided for up to 18 months, according to the National Low Income Housing Coalition. Lower-income families that have been unemployed for three months or more would be given priority for assistance. Read more.

As part of that, it plans to send a team to assess the U.S. Mint, which has faced longstanding accusations of fostering a culture of racism. The Treasury inspector general opened an investigation last year into what employees described as “rampant racism” at the agency, including a slur being written on walls of restrooms and a white employee leaving a noose in the work space of a Black colleague.

Ms. Yellen has already taken steps to create a more inclusive atmosphere at Treasury and to demonstrate her desire to promote racial equity. She announced plans this month to invest $9 billion into Community Development Financial Institutions and Minority Depository Institutions as they look to step up lending.

In a message to staff for Black History Month in February, Ms. Yellen said that Treasury would play an important role in making sure that the pandemic was not a “generational setback” for people of color.

“Instead of this crisis doing what crises do — and driving an economic wedge further between races — we might emerge from the pandemic on track,” she wrote, “towards higher wealth and wages for everyone.”

Lex Greensill: I take ‘full responsibility’ for my firm’s collapse
4 seconds ago

Lex Greensill: I take ‘full responsibility’ for my firm’s collapse 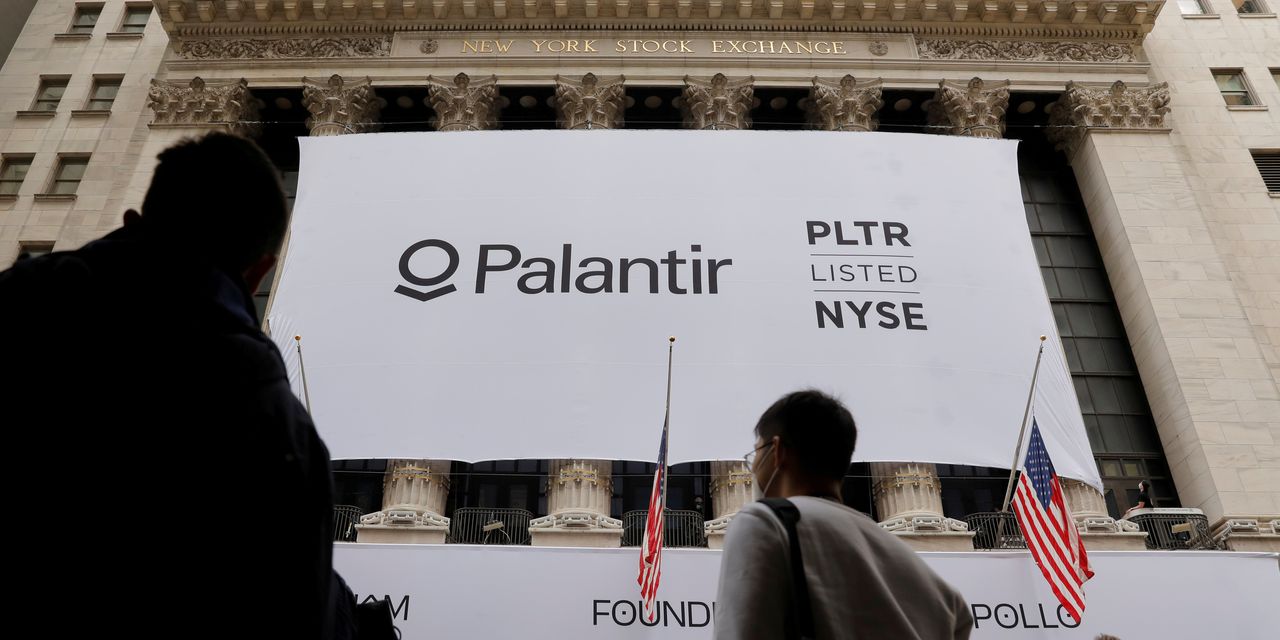 Novavax, Tesla, Palantir: What to Watch When the Stock Market Opens Today
1 min ago

Novavax, Tesla, Palantir: What to Watch When the Stock Market Opens Today 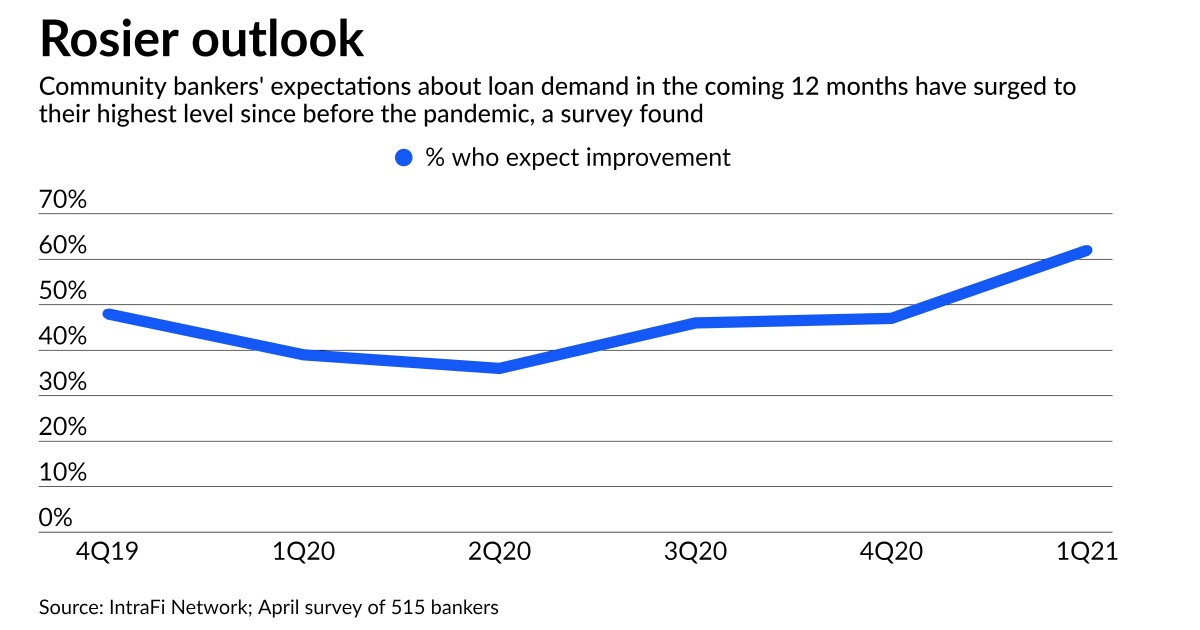 The IAG share price has crashed 7% today! Here’s why – The Motley Fool UK
3 mins ago

The IAG share price has crashed 7% today! Here’s why – The Motley Fool UK