The South Pole neutrino detector saw a Glashow resonance event, a phenomenon predicted by Nobel laureate physicist Sheldon Glashow in 1960 where an electron antineutrino and an electron interact to produce a W- boson.

On December 6, 2016, a high-energy particle called an electron antineutrino hurtled to Earth from outer space at close to the speed of light carrying 6.3 petaelectronvolts (PeV) of energy. Deep inside the ice sheet at the South Pole, it smashed into an electron and produced a particle that quickly decayed into a shower of secondary particles. The interaction was captured by a massive telescope buried in the Antarctic glacier, the IceCube Neutrino Observatory.

“We now can detect individual neutrino events that are unmistakably of extraterrestrial origin.” — Christian Haack

IceCube had seen a Glashow resonance event, a phenomenon predicted by Nobel laureate physicist Sheldon Glashow in 1960. With this detection, scientists provided another confirmation of the Standard Model of particle physics. It also further demonstrated the ability of IceCube, which detects nearly massless particles called neutrinos using thousands of sensors embedded in the Antarctic ice, to do fundamental physics. The result was published today (March 10, 2021) in Nature.

Sheldon Glashow first proposed this resonance in 1960 when he was a postdoctoral researcher at what is today the Niels Bohr Institute in Copenhagen, Denmark. There, he wrote a paper in which he predicted that an antineutrino (a neutrino’s antimatter twin) could interact with an electron to produce an as-yet undiscovered particle — if the antineutrino had just the right energy — through a process known as resonance.

When the proposed particle, the W– boson, was finally discovered in 1983, it turned out to be much heavier than what Glashow and his colleagues had expected back in 1960. The Glashow resonance would require a neutrino with an energy of 6.3 PeV, almost 1,000 times more energetic than what CERN’s Large Hadron Collider is capable of producing. In fact, no human-made particle accelerator on Earth, current or planned, could create a neutrino with that much energy. A schematic of the in-ice portion of IceCube, which includes 86 strings holding 5,160 light sensors arranged in a three-dimensional hexagonal grid. Credit: IceCube Collaboration

But what about a natural accelerator — in space? The enormous energies of supermassive black holes at the centers of galaxies and other extreme cosmic events can generate particles with energies impossible to create on Earth. Such a phenomenon was likely responsible for the 6.3 PeV antineutrino that reached IceCube in 2016.

“When Glashow was a postdoc at Niels Bohr, he could never have imagined that his unconventional proposal for producing the W– boson would be realized by an antineutrino from a faraway galaxy crashing into Antarctic ice,” says Francis Halzen, professor of physics at the University of Wisconsin-Madison, the headquarters of IceCube maintenance and operations, and principal investigator of IceCube.

Since IceCube started full operation in May 2011, the observatory has detected hundreds of high-energy astrophysical neutrinos and has produced a number of significant results in particle astrophysics, including the discovery of an astrophysical neutrino flux in 2013 and the first identification of a source of astrophysical neutrinos in 2018. But the Glashow resonance event is especially noteworthy because of its remarkably high energy; it is only the third event detected by IceCube with an energy greater than 5 PeV.

“This result proves the feasibility of neutrino astronomy — and IceCube’s ability to do it — which will play an important role in future multimessenger astroparticle physics,” says Christian Haack, who was a graduate student at RWTH Aachen while working on this analysis. “We now can detect individual neutrino events that are unmistakably of extraterrestrial origin.”

The electron antineutrino that created the Glashow resonance event traveled quite a distance before reaching IceCube. This graphic shows its journey; the blue dotted line is the antineutrino’s path. (Not to scale.) Credit: IceCube Collaboration

The result also opens up a new chapter of neutrino astronomy because it starts to disentangle neutrinos from antineutrinos. “Previous measurements have not been sensitive to the difference between neutrinos and antineutrinos, so this result is the first direct measurement of an antineutrino component of the astrophysical neutrino flux,” says Lu Lu, one of the main analyzers of this paper, who was a postdoc at Chiba University in Japan during the analysis.

“There are a number of properties of the astrophysical neutrinos’ sources that we cannot measure, like the physical size of the accelerator and the magnetic field strength in the acceleration region,” says Tianlu Yuan, an assistant scientist at the Wisconsin IceCube Particle Astrophysics Center and another main analyzer. “If we can determine the neutrino-to-antineutrino ratio, we can directly investigate these properties.”

To confirm the detection and make a decisive measurement of the neutrino-to-antineutrino ratio, the IceCube Collaboration wants to see more Glashow resonances. A proposed expansion of the IceCube detector, IceCube-Gen2, would enable the scientists to make such measurements in a statistically significant way. The collaboration recently announced an upgrade of the detector that will be implemented over the next few years, the first step toward IceCube-Gen2.

Glashow, now an emeritus professor of physics at Boston University, echoes the need for more detections of Glashow resonance events. “To be absolutely sure, we should see another such event at the very same energy as the one that was seen,” he says. “So far there’s one, and someday there will be more.”

Last but not least, the result demonstrates the value of international collaboration. IceCube is operated by over 400 scientists, engineers, and staff from 53 institutions in 12 countries, together known as the IceCube Collaboration. The main analyzers on this paper worked together across Asia, North America, and Europe.

“The detection of this event is another ‘first,’ demonstrating yet again IceCube’s capacity to deliver unique and outstanding results,” says Olga Botner, professor of physics at Uppsala University in Sweden and former spokesperson for the IceCube Collaboration.

“IceCube is a wonderful project. In just a few years of operation, the detector discovered what it was funded to discover — the highest energy cosmic neutrinos, their potential source in blazars, and their ability to aid in multimessenger astrophysics,” says Vladimir Papitashvili, program officer in the Office of Polar Programs of the National Science Foundation, IceCube’s primary funder. James Whitmore, program officer in NSF Division of Physics, adds, “Now, IceCube amazes scientists with a rich fount of new treasures that even theorists weren’t expecting to be found so soon.”

The IceCube Neutrino Observatory is funded primarily by the National Science Foundation (OPP-1600823 and PHY-1913607) and is headquartered at the Wisconsin IceCube Particle Astrophysics Center, a research center of UW-Madison in the United States. IceCube’s research efforts, including critical contributions to the detector operation, are funded by agencies in Australia, Belgium, Canada, Denmark, Germany, Japan, New Zealand, Republic of Korea, Sweden, Switzerland, the United Kingdom, and the United States. IceCube construction was also funded with significant contributions from the National Fund for Scientific Research (FNRS & FWO) in Belgium; the Federal Ministry of Education and Research (BMBF) and the German Research Foundation (DFG) in Germany; the Knut and Alice Wallenberg Foundation, the Swedish Polar Research Secretariat, and the Swedish Research Council in Sweden; and the University of Wisconsin-Madison Research Fund in the U.S. 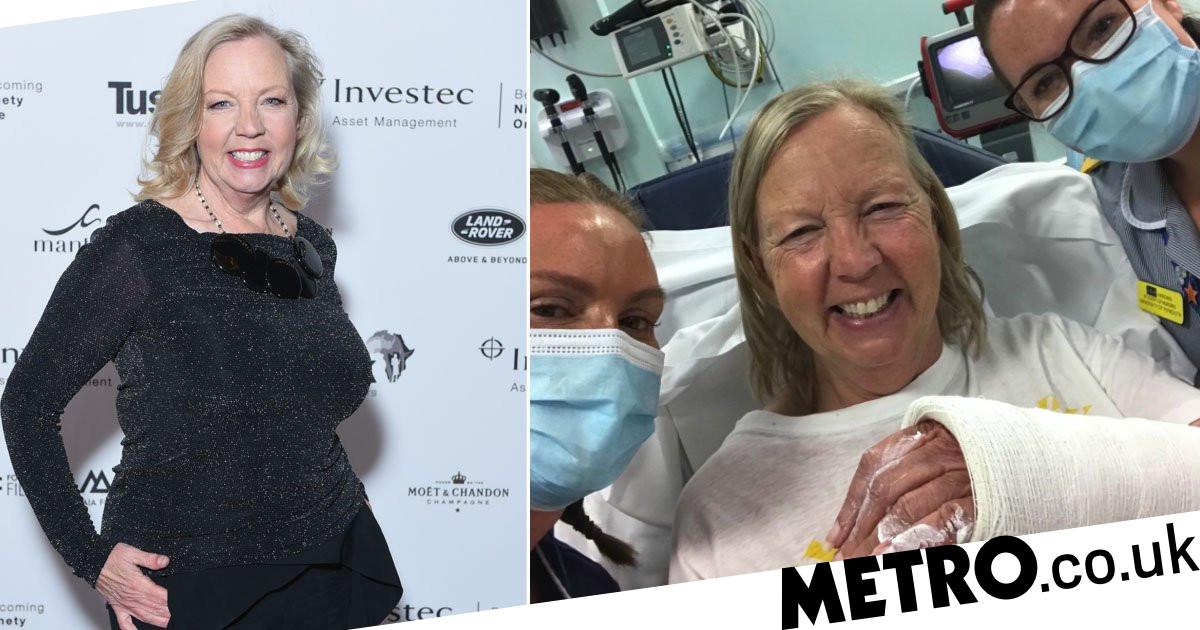