For many, Christmas is all about family: gathering together to open presents around the tree, pulling up a chair to a table overladen with food, passing out on the sofa in front of a film you’ve all seen dozens of times.

Not this year. The government is allowing limited gatherings for the Christmas season, but it looks as though many will opt out, with a YouGov poll suggesting six in ten believed restrictions should have carried on throughout the festive season. After the horror show that was 2020, it would be totally fair to go full Grinch and hibernate until the new year. But, for many socially distancing families, this will be the year of the Zoom Christmas.

That doesn’t have to be as terrible as that sounds. With a bit of planning, you can keep alive virtual versions of family traditions, be it overeating at dinner, playing favourite board games, and even passing out watching Die Hard together.

For some, Christmas is all about eating too much food made by someone else. This year, you can avoid cooking for yourself while still sharing a meal thanks to dinner delivery services such as Gousto, restaurant boxes such as the Norfolk Turkey Feast from London’s Savoy Hotel, fancy frozen ready-meals like allplants, or a bumper basket that will feed you for days from many restaurants and caterers, including Full Monty Events, which offers a “hassle-free Christmas at home” complete with a roast lunch, full English breakfast, and cheeseboard. With some, you’ll still have to turn on the oven and pop in the various elements, but time it right and you’ll still be dining at the right time with little effort.

For others, Christmas is all about the cooking. If you’re used to spending the day in the kitchen with your foodie family, set up your laptop on the counter – out of the splash zone if you’re doing any messy work – and cook along with someone else, whether that’s working to the same recipe or something else entirely. To help match up more easily, order a recipe box or simply choose a recipe to work to and buy the ingredients beforehand.

For Zoom family dinners, Mike Walker, managing director at MGN Events, suggests using a laptop rather than a smartphone for the larger display and setting it at the end of the table at a height about 30 to 50 centimeters so the camera can look down at diners. “That gives a nice angle where you don’t see people chewing but you do get to turn your head and easily communicate with the screen,” he says. And if you’d like to be able to see each other, you’ll have to forgo candles for decently bright lighting, he adds.

If watching your family shovel roast dinner into their mouths via Zoom doesn’t appeal, get the same vibe in a more structured way with tasting menus. Simply buy the same cheeseboard or dessert platter and sample it together over Zoom, or buy an organised tasting experience for each participating home, with options from cheese and chocolate to gin or wine. It’ll give you something to talk about and share, plus you’ll get fed.

Some board games translate well to Zoom, but others really don’t. If you need a shared pot of anything, such as Scrabble letters or cards in Ticket to Ride, it’s not worth the trouble. But simpler games can work. Yahtzee only requires each location to have a set of dice and to draw out the score card, while Monopoly can be managed from a single location, with players directing the host with the moves they’d like to make. To share a view of the board, you’ll need a camera with a top-down view; it may be worth investing in an overhead smartphone tripod kit to hold your phone.

Alternatively, find your favoured game on a digital platform such as Tabletopia or Board Game Arena. Simpler games such as Charades or Pictionary can easily be managed using an online topic generator, while there’s web-based Scattergories category makers.

And there’s always the quiz, whether you write the questions yourself or find ideas online. “For family quizzes, screenshare so everyone can see the questions at once and there’s no misinterpretation,” says Edward Poland, COO of events booking site Hire Space. “For games or quizzes with quickfire rounds where people need to ‘buzz’ in, everyone could write the word ‘buzz’ into the chat box instead of shouting out.” He also recommends picture rounds, which work well for all age groups. “Throw in some old family photos and take a trip down memory lane,” he adds.

If you’re not wedded to a particular game, JackBox has instructions on how to play across multiple locations via Zoom and has a “play together” mode on Steam, while Houseparty offers easy to play games via a mobile app. They often work best with each player on their own device; if two people are joining in from the same place, headphones or moving to separate rooms may be required. Alternatively, just fire up Animal Crossing and teach grandma how to play – it’ll eat up a few hours before dinner’s ready, at least.

Watching films together is even easier. While you could set up a video call and then try to perfectly time pressing the play button, Disney+ has GroupWatch to sync films across seven screens. To start a group, you’ll need to be watching on a browser or in the mobile app, but you can join a movie party on your smart TV once someone invites you via the app. Amazon Prime has a similar tool called Watch Party.

Netflix doesn’t have that feature built-in, but Teleparty – formerly known as Netflix Party – and Metastream will sync streams and start a chat group for Netflix and other streaming services. For all these options, each viewer will need their own subscription. It’s worth noting these third-party apps will only work in a browser, not on your TV. If all of this sounds like a bit of effort to fall asleep watching Home Alone, it may be simpler to start at roughly the same time and just chat over a messaging app instead.

If your traditions are more theatrical, there’s a wide range of pantomimes and other stage shows that have gone virtual, offering live streaming or watch on demand. Shakespeare’s Globe is offering its Christmas at the (Snow) Globe show in both formats, and there’s an interactive version of Cinderella from a service called PantoLive that has singalongs and a costume contest.

That means that plonking one at the end of a dining table or in front of rambunctious children attacking a mound of gifts may not encourage meaningful conversation, though it’ll at least capture a bit of the festivities. Grandparents may be happy to sit and watch gift unwrapping carnage via a Zoom call, but encourage children to come up to the camera and show off what they’ve received, rather than just scream excitedly in the background.

To get large groups together in one Zoom call, pick one tech-savvy person to be the host. That shouldn’t necessarily be the head of the family or even who will do the most talking, but someone to act as the moderator who knows about key features such as chat, raising hands, spotlighting speakers, letting people into the call, and – perhaps most importantly – how to use the mute function. “The key is to strike a balance between livening up and simultaneously managing your (inevitably hectic) family Zoom Christmas,” says Poland, advising heavy use of the mute button to cut off dominant voices and the spotlighting tool to give quieter relations a chance to get a word in.

It may be worth staggering “arrivals” or leaving new joiners waiting to be accepted into the call so each group can be individually welcomed, perhaps with a personalised welcome screen so they don’t worry that the call isn’t working. And start the call with everyone on mute. “It can get quite noisy quite quickly otherwise,” says Walker. “And then no-one knows what’s really going on.”

Use Zoom’s breakout facility to split groups into more manageable numbers, or simply arrange a direct phone or video call later in the day. “Smaller group sizes of five or six people means everyone can get a chance to chat,” Walker says.

But before you break-up the call, take the opportunity to get a family photo – in other words, make everyone look at their cameras and take a screenshot.

Although many of us are drowning in Zoom calls, some of your family may still not have used video conferencing tools. Now is the time to get those folks on a video call using the platform of your choice. If they’ve used it once before, it’ll feel less daunting on Christmas day. “It can help to do a little run through and make sure everyone knows what they are doing,” says Walker. “If you do it in advance, it’s less pressured. It also gives you time to sort out any potential issues that they might be experiencing.”

And if they really struggle, it may be worth installing a screen-sharing tool like TeamViewer to make troubleshooting a bit easier. For group calls or virtual games, have someone act as dedicated tech support with a contact method that the people taking part already understand, such as messaging or phone. Don’t rely on in-call chat – if someone finds Zoom confusing, they’re not necessarily going to understand virtually raising their hand in the app.

Most of all, have patience. If you’re annoyed, save it for next year when you can roll your eyes at their lack of tech skills and sarcastically reply to rude intrusions into your personal life in person. “It’s very strange times at the moment – this will never replace the real thing,” Walker says. “Go with the flow a little bit. It’s just meant to solve a problem in this current environment. So bear with it, and as long as you plan in advance, it doesn’t need to be stressful.”

🎅 How Santas are adjusting to Christmas online

👓 It’s been a rocky period for Magic Leap. Now the company is trying to reinvent itself, and augmented reality 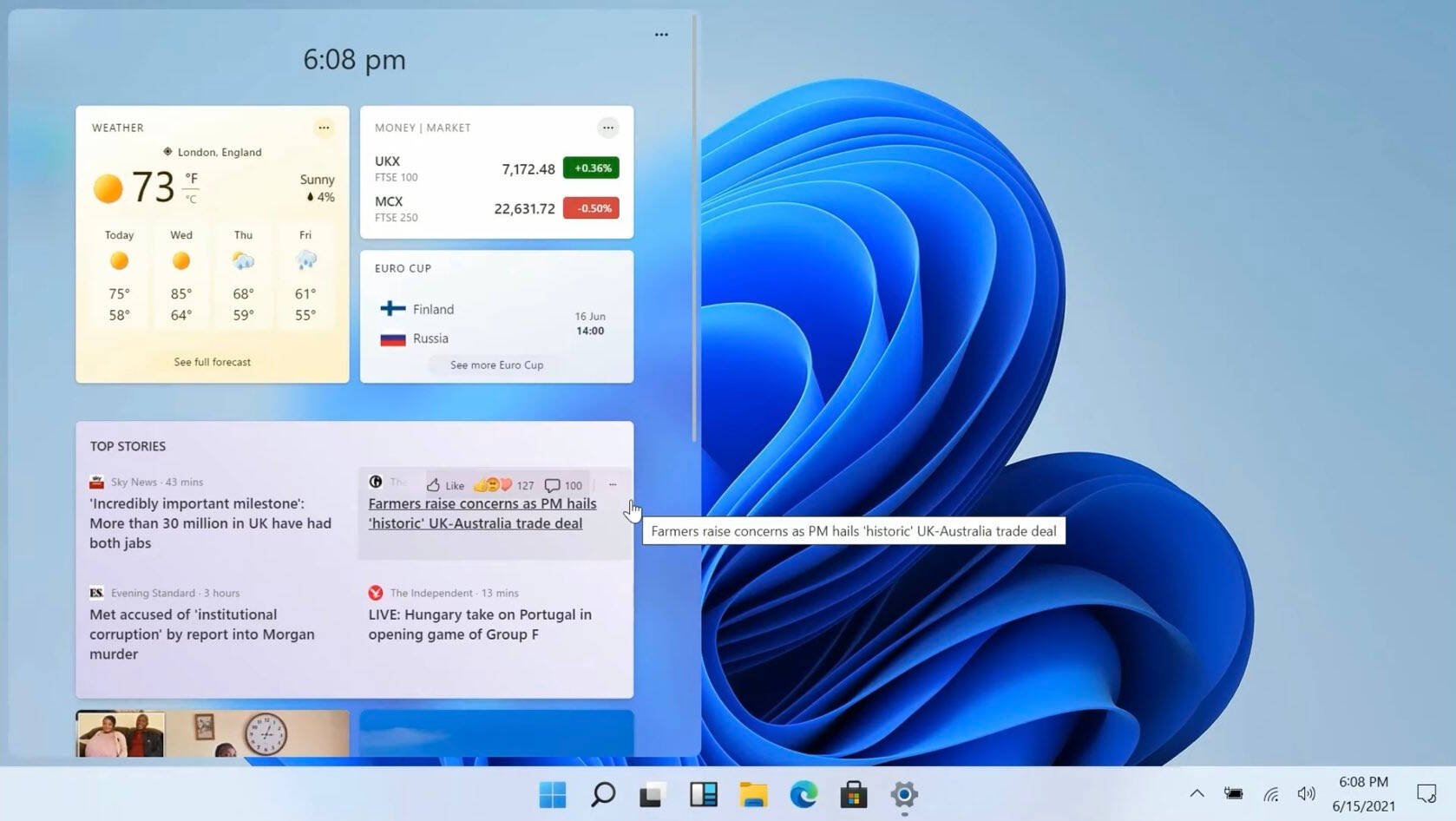 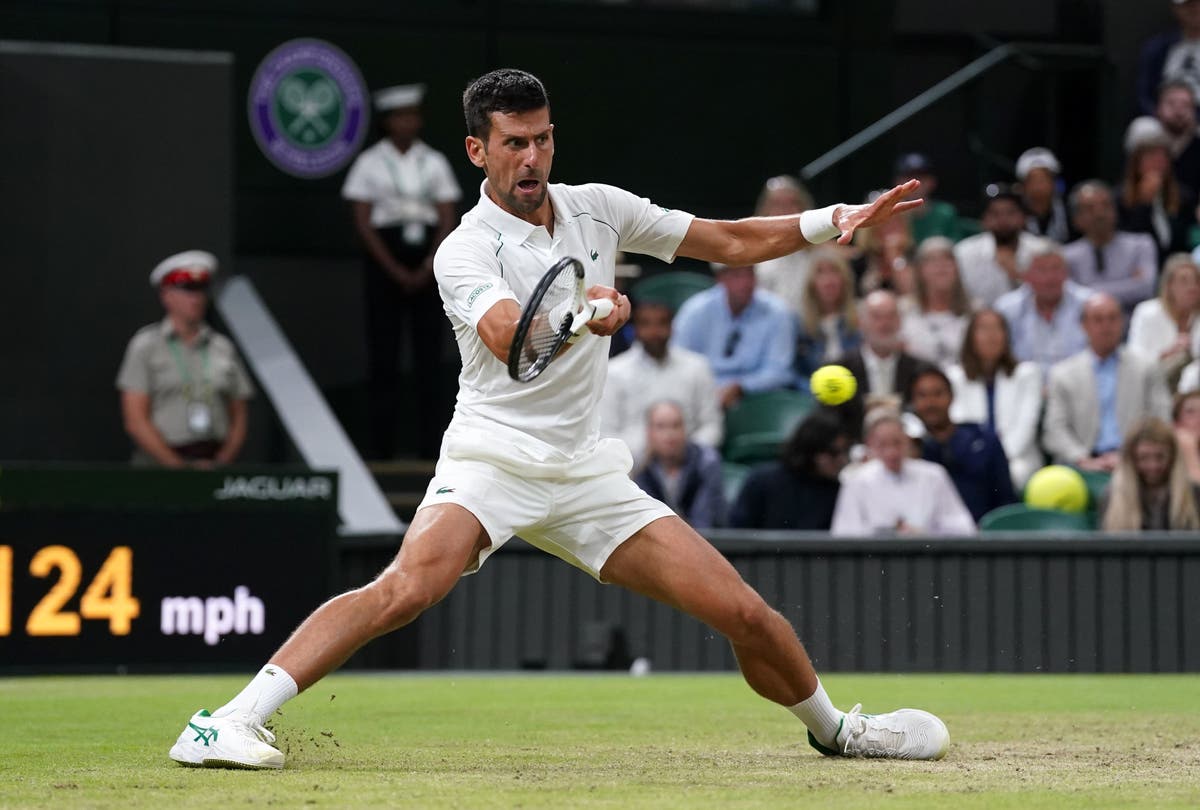 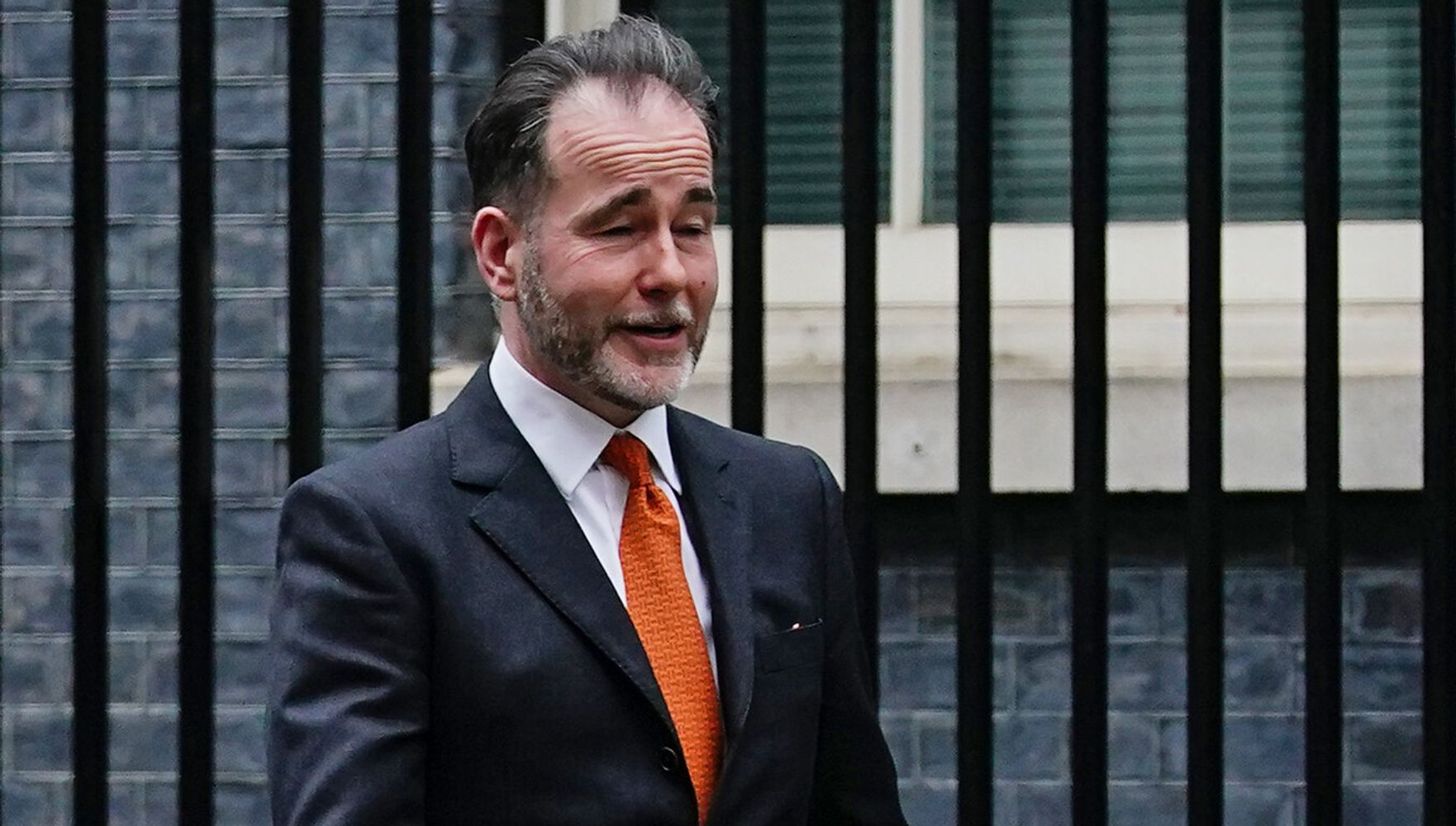 Boris Johnson Aware Of ‘Reports And Speculation’ Before Chris Pincher Appointment, Says No.10
3 mins ago

Boris Johnson Aware Of ‘Reports And Speculation’ Before Chris Pincher Appointment, Says No.10 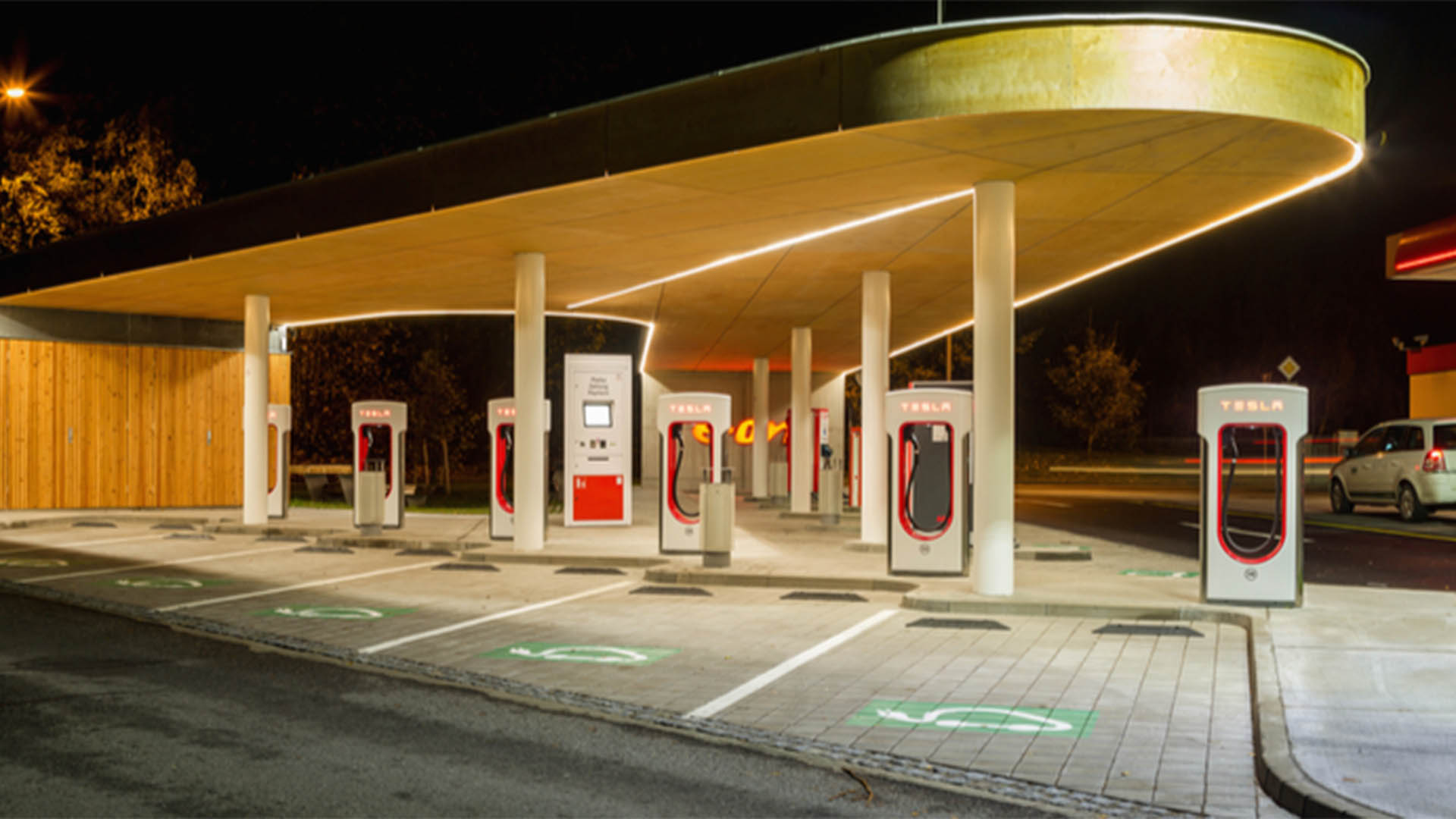 EU keen to drive ICE vehicles off the road 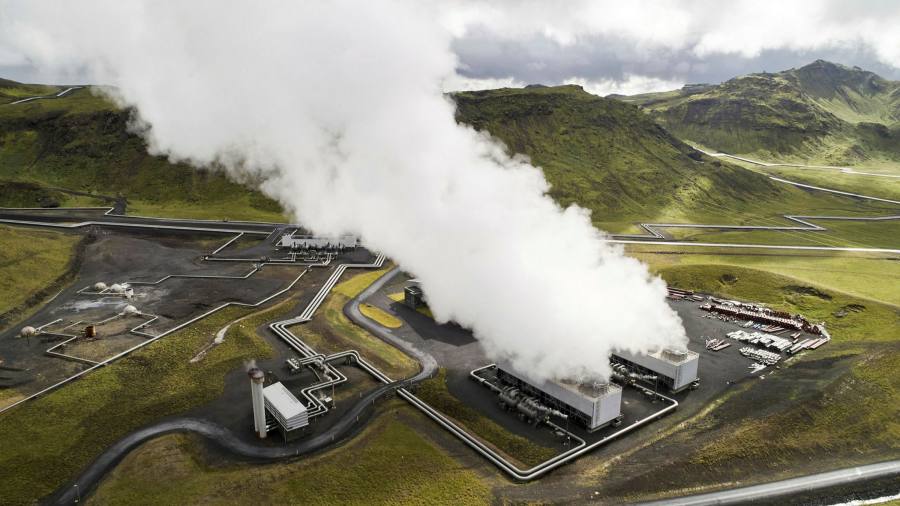 Global ‘carbon club’ that dare not talk of tariffs