The Emmys are the gold standard for prime time television, rewarding the best of the best when it comes to both actors and series across every genre. Earning an Emmy is a badge of honor, not to mention that it can lead to higher paychecks for subsequent gigs once an actor has one or more of these under their belt. With many traditional film actors joining the small screen foray of late, achieving an Emmy opens the door for another statue to add to the mantle. For some, winning one might even bring them closer to joining the prestigious group of EGOT winners (those who have won an Emmy, Grammy, Oscar, and Tony).

Many of the most popular series and the actors who starred in them have been handsomely rewarded with Emmys. But there are both actors and series you might be surprised to know have never won.

Actors who have surprisingly never won an Emmy

Not only has Courteney Cox never been nominated for or won an Emmy, but every other main cast member of Friends was nominated for their iconic roles. Even guest stars from the long-running sitcom received nominations, from Christina Applegate to Tom Selleck. Yet Cox was completely snubbed year after year. To date, Cox’s only Emmy recognition came in the form of a Daytime Emmy nomination for Celebrity Name Game, which she developed alongside her ex-husband, David Arquette. She did, however, receive a Best Performance by an Actress in a Television Series — Comedy or Musical Golden Globe nomination for her role in the series Cougar Town back in 2010. Friends: The Reunion, which Cox was part of, is up for an Outstanding Variety Special (Pre-Recorded) Emmy in 2021.

Fans might surely believe that Laurie won for his role as the title character in the medical drama House. But not only has he never won for the role — he was nominated six times from 2005 to 2011 and lost every time. Laurie was nominated twice more since: In 2016 for The Night Manager and in 2017 for his guest role on Veep. But both times, he came up short again. He currently stars in the HBO sci-fi comedy Avenue 5, but that show did not receive an Emmy recognition this year.

She’s the recipient of an honorary Academy Award and a three-time Oscar nominee prior to that. But despite being nominated for an Emmy an incredible 18 times through her career, multiple times for Murder, She Wrote and even twice in a year two times over (the second time for Outstanding Individual Performance in a Variety or Music Program for the Annual Tony Awards), she never took home the statue. At 95, Lansbury continues to act, most recently with a supporting role in Mary Poppins Returns in 2018.

The versatile actor has been involved in some of the most high-profile series of late, including Nashville, American Horror Story, and Friday Night Lights. She can currently be seen in the HBO Max series The White Lotus. But despite this impressive resume, as well as accolades for many of the shows she has been a part of, Britton herself has never won an Emmy. She has received four nominations, including one each for Nashville and American Horror Story and a back-to-back pair in 2010 and 2011 for Friday Night Lights. But she is still waiting to add one of these golden statues to her mantle.

Perhaps the upcoming limited-series revival could be the chance Hall has been looking for to finally win. It’s tough to believe, but despite playing Dexter Morgan, one of the most beloved antiheroes and serial killers on television, Hall has never taken home an Emmy for his role on Dexter. He received five nominations for Dexter from 2008 to 2012. He was also nominated for the first time in 2002 for Six Feet Under. But while he won a Golden Globe in 2010 for Dexter, he faced stiff competition in the category and lost out to Bryan Cranston for Breaking Bad.

Carell had one of the most successful switches from movies to television with his role as Michael Scott in The Office. He did receive nominations six times in a row for the role but lost out each time. He had a second chance with his riveting and very different performance in Apple TV+’s The Morning Show when he was nominated in 2020, but the statue deservedly went to Jeremy Strong for the HBO series Succession. Carell currently stars in Netflix’s original comedy Space Force, and though it was renewed for a second season, there hasn’t been any Emmy love for the first.

Despite thrilling viewers for several seasons as the fierce and talented female political “fixer” Olivia Pope, Washington was never recognized with an Emmy win for the role. While she did get nominated twice, she lost out to Claire Danes for Homeland and Julianna Marguiles for The Good Wife. Washington got onto the Emmy radar again in 2016 with her role as Anita Hill in the limited series Confirmation, then again in 2020 for the Hulu original Little Fires Everywhere. But she came up short every time. However, the Emmys did partially shine on Washington last year for her role as an executive producer on the TV variety special Live in Front of a Studio Audience: All in the Family and Good Times.

It was a battle of Jerry’s friends in the supporting-role category, and when it came down to it, Kramer won. Michael Richards took home the Emmy three times, while his castmate Alexander, who played George Costanza on Seinfeld, never won a single time. This is despite being nominated seven times. Alexander received his eighth Emmy nomination in 1994 for his guest role on Dream On but lost out to Martin Sheen in Murphy Brown. Alexander hasn’t been nominated for an Emmy since 1998.

Not only has Russell never been nominated for her role on the popular J.J. Abrams series Felicity, but she also never won for her role on The Americans, despite being nominated three years in a row for the period spy drama in 2016, 2017, and 2018. Russell did win a Golden Globe for Felicity back in 1999, along with the Breakout Performance Teen Choice Award that same year. But those surprisingly remain her highest-profile awards for acting in television to date.

TV series that have surprisingly never won an Emmy

The fantasy comedy about Eleanor (Kristen Bell), a woman who accidentally gets sent to a prestigious “good place” upon her death despite having been a terrible person when alive, aired for four seasons from 2016 to 2020 and has concluded its story. Alas, this means there’s no chance for an Emmy. It isn’t for lack of quality in the writing, directing, acting, or other core categories — the show actually received an impressive 14 nominations through its four-year run. Ted Danson was nominated three times for Lead Actor in a Comedy Series, and the show itself was nominated twice in the Outstanding Comedy Series category. But The Good Place was clearly not “good” enough.

While Breaking Bad took home a record 16 Emmy Awards from a whopping 59 nominations through its run, its prequel series hasn’t experienced the same success when it comes to awards season. Going into its sixth and final season in 2022, Better Call Saul has received 39 Emmy nominations to date but has never won aside from a single Creative Arts Emmy Award for Outstanding Short Form Comedy or Drama Series for Employee Training: Legal Ethics with Kim Wexler. Could 2022 finally be Saul‘s year?

HBO’s legendary series The Wire, which aired from 2002 to 2008, featured the right combination of engaging writing and a fabulous cast. Yet, that still wasn’t enough for the show to win a single Emmy Award. What’s even more baffling is that the crime drama that aired for five seasons only ever received two nominations, both for Outstanding Writing for a Drama Series. The show was loosely based on the life and experiences of creator David Simon’s writing partner Ed Burns, who was a former homicide detective and schoolteacher. Every compartmentalized season covered a different institution and its relationship to law enforcement, including the illegal drug trade, the port system, the city government, education and schools, and print news media. At the time of its original run in the early 2000s, the series didn’t turn heads. But today, The Wire is considered to be one of the best TV shows of all time and clearly one that was sorely underrated by critics and voting members of the Academy of Television Arts and Sciences.

The political satire mockumentary sitcom Parks and Recreation is the second Michael Schur project to come up short of an Emmy win many times over (Schur is also behind The Good Place). The series, which aired for seven seasons from 2009 to 2015, was nominated a total of 16 times, including six for lead actor Amy Poehler. She was most recently nominated in 2015 but lost to Julia Louis-Dreyfus for Veep. That win marked what would be the fourth consecutive win for Louis-Dreyfus in that category; she went on to win two more times. Louis-Dreyfus was a formidable competitor who shut out all other female comedy actors for much of the mid-2000s. Nonetheless, it’s surprising that the show itself, as well as other actors, weren’t able to pull out a win.

It was one of the funniest sitcoms on the air at the time, featuring a long list of guest stars and a wonderful ensemble cast that had amazing chemistry. Even Prince loved the show so much that he lobbied to get a small role in an episode. Yet New Girl only garnered five nominations through its seven-season run. Since it ended in 2018 and New Girl became available to stream on Netflix, it has been exposed to an entirely new audience and enjoyed some renewed attention. But the chance for an Emmy win remains a distant memory.

With two lead actors like Vera Farmiga and Freddie Highmore, fans might think this long-running thriller that serves as a prequel story to the Norman Bates character from Alfred Hitchcock’s Psycho would have been littered with Emmys. But alas, the psychological horror not only failed to ever take home a statue, but it was also only nominated three times through its five-season run from 2013 to 2017. Two nominations were for cinematography and music composition, and the only acting nomination went to Farmiga in 2013, though she lost to Claire Danes for Homeland. 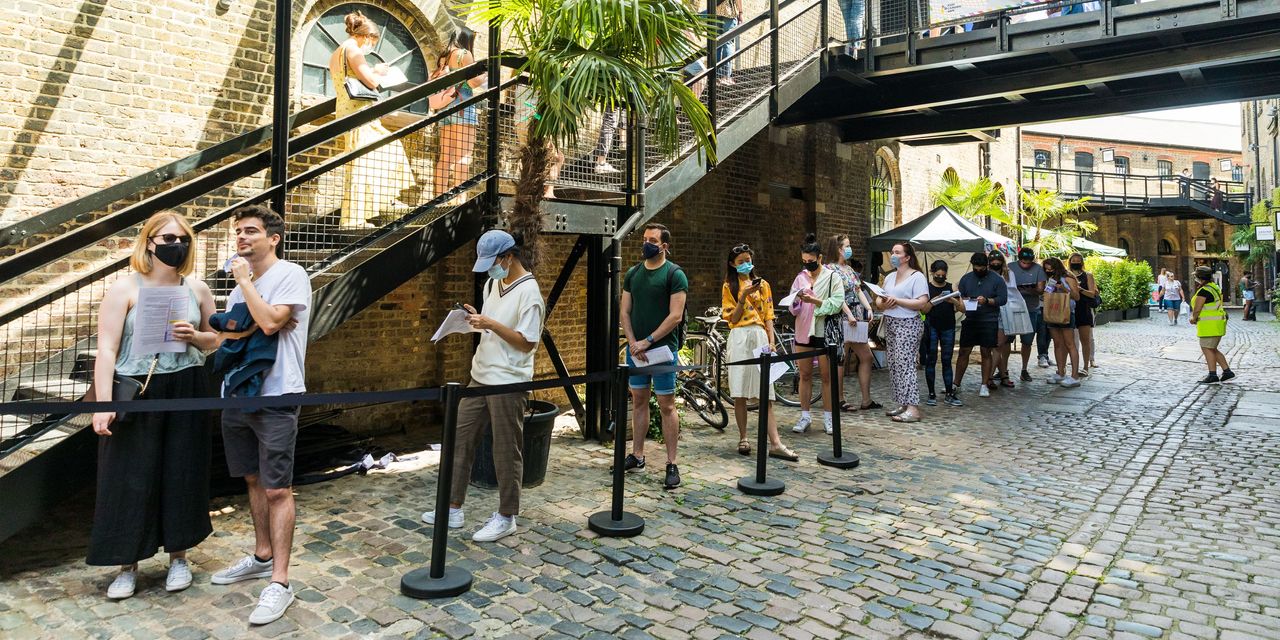 KeyBank retrains tech workers whose jobs are going away 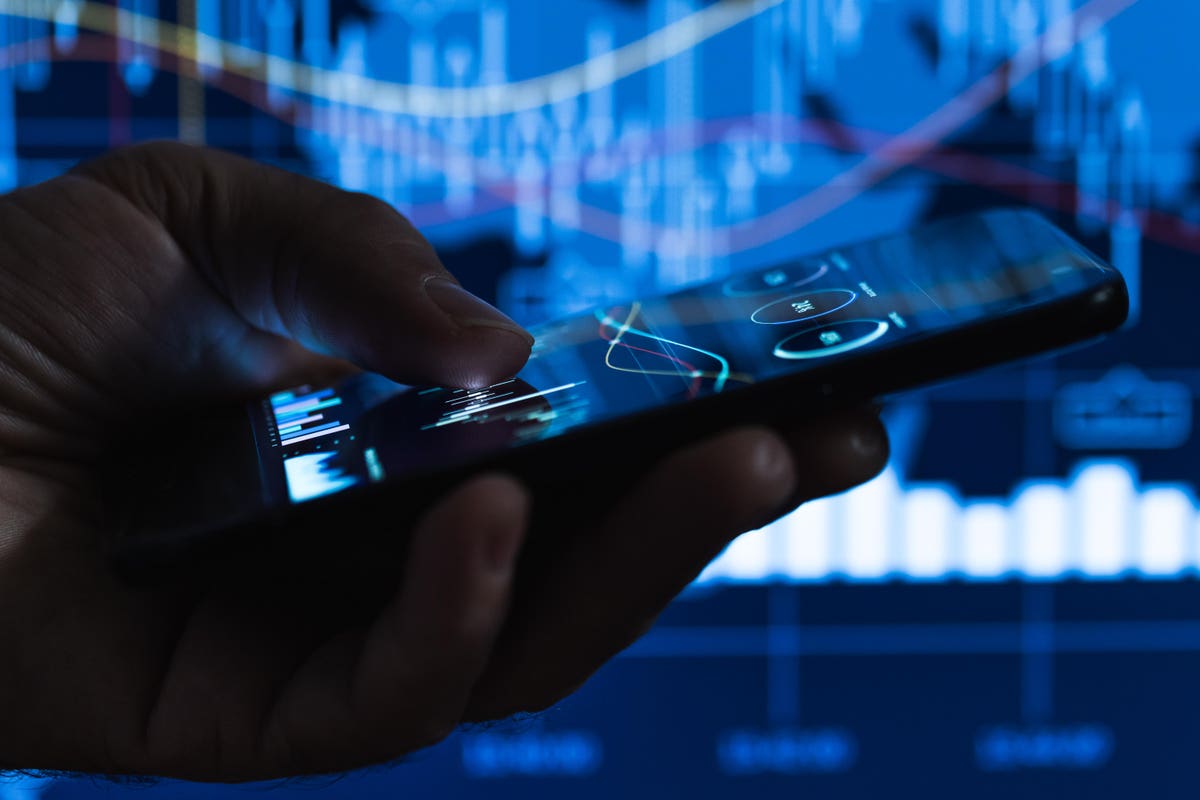