ransomware
attacks emanating from Russia, warning that the US would take “necessary action” to defend itself, the White House said.

The president spoke with his Russian counterpart regarding “the ongoing ransomware attacks by criminals based in Russia that have impacted the United States and other countries around the world” and “underscored the need for Russia to take action to disrupt ransomware groups operating in Russia and emphasized that he is committed to continued engagement on the broader threat posed by ransomware,” a White House readout of the call said.

“Biden reiterated that the United States will take any necessary action to defend its people and its critical infrastructure in the face of this continuing challenge,” the White House added. The president has signaled to Putin that the US will hold the Kremlin responsible for ransomware attacks carried out by groups within its borders, even if the operations aren’t sponsored by the Russian government.

The Biden administration has been increasingly critical of Moscow over cybersecurity issues, and in April slapped sanctions on over 30 Russian entities over the SolarWinds hack and Russian election interference.

Friday’s call between the two world leaders came just several weeks after they met face-to-face for the first time since Biden’s inauguration. It also occurred a week after a Russia-based cybercriminal organization called REvil claimed responsibility for a cyberattack that affected up to 1,500 companies in the US, Europe, and Asia. Experts said it was the worst ransomware incident they’ve ever seen, per the New York Times.

In comments to reporters on Friday, Biden said that he and Putin have set up a regular means of communication to be able to discuss “when each of us thinks something’s happening in the other country that affects the home country.”

“I made it very clear to him that the US expects when a ransomware operation is coming from his soil — even though it’s not sponsored by the state — we expect them to act if we’ve given them enough information,” Biden said.

Biden said the call “went well” and that he’s “optimistic.”

The Kremlin has not yet released a readout of or statement on the call. 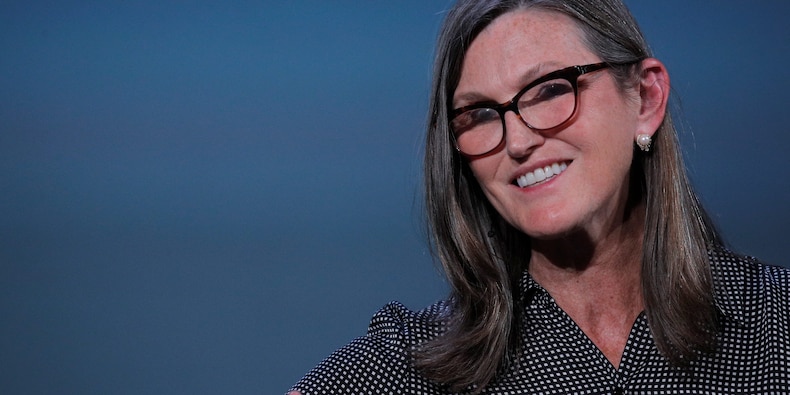 Cathie Wood explains her Tesla buy and profit-taking, how to play China stocks now, and where the next Apple will come from
9 mins ago