Damian Lillard had reason to believe that Portland’s fans would make a difference in his first-round series against the Nuggets.

The Trail Blazers were the last NBA team to start allowing fans into their home arena this season—much to Lillard’s chagrin. But once they did, the Trail Blazers went 4-0 in home games with fans, including crucial wins over the Lakers and Nuggets that helped Portland avoid the play-in tournament.

Moreover, Portland has seemingly benefited from an extreme home-court advantage in recent playoff history. From 2013-14, Lillard’s first postseason, through 2018-19, the last postseason before the home-court-free bubble, the Trail Blazers were a miserable 6-21 on the road in playoff games—but against those same teams at home, they were a much better 13-11. That gap represented one of the largest home-court advantages in the league.

So in advance of Game 3 in the Blazers’ first-round series, with the Moda Center allowing four times the capacity as it did during the regular season, Lillard conveyed confidence in his home crowd. “We know that our crowd is loud, our crowd has pride, they really care and they gonna come ready,” Lillard said. “I know that’s going to play in our favor.”

And then the Trail Blazers lost Game 3 in front of those loud, prideful, caring fans, before winning Game 4 to salvage a split at home—just as they’d split the two games in Denver to open the series. It turns out neither team’s home-court advantage mattered at all.

But it’s not just Lillard, and it’s not just Portland vs. Denver. Across the league, home-court advantage has disappeared in this postseason—even as fans flock to arenas in their greatest numbers since the start of the pandemic, and even as players, coaches, and owners express excitement to play in front of the cheering masses once again.

“It’ll be pretty special for our fans, just to have our fans in the building and make us proud,” LeBron James said before the first Lakers’ home playoff games in eight years, and his first in Los Angeles. “That’s what I came here for, is to play a playoff game in front of the Lakers faithful.”

Through 32 playoff games thus far, two home and two road for each club, home teams are 16-16. In the 16-team playoff era, home teams’ winning percentage has never been close to this low—except last year, in the bubble, when “home-court advantage” by definition didn’t exist.

The same is true for point differential, rather than pure win-loss record. Historically, home teams have won their playoff games by an average of four to five points per game—but this postseason, that average is down to 0.9 through 32 games, in line with the bubble playoffs (1.0) for the lowest by far.

Typically, the NBA’s home-court advantage is one of the strongest across the major North American sports, and it tends to increase in the postseason. From the expansion of the postseason bracket to 16 teams in 1983-84 through the 2018-19 season, home teams won 61 percent of their games in the regular season and 65 percent of their games in the playoffs. (That pattern holds even accounting for the fact that better teams play more home games in the playoffs. FiveThirtyEight’s Neil Paine calculated the same playoff boost of 4 percentage points even with this adjustment.)

But this postseason has been different. Since the introduction of the shot clock, 88 best-of-seven series before this season had started with the home teams winning four games in a row. For comparison, only six had started with the road teams winning four games in a row, meaning a home sweep of games 1 through 4 was 15 times more likely than a road sweep. Yet this year, no series started with four home wins in a row, while Clippers-Mavericks saw four consecutive road wins.

That’s just one data point, but it sure fits the larger pattern.

*Unlike the other series in this chart, which used the standard 2-2 format for the first four games, the Celtics and Royals alternated home courts for every game of their 1963 series.

The sudden diminishment of home-court advantage could wreak unexpected effects on this postseason. Game 7s might not favor the home team as much as usual, for instance, and the presumed powerhouse clash between the Nets and Bucks in the second round might not hinge on the Nets’ home-court advantage. The Lakers could win the title without hosting Game 1 in any round.

It’s still early in the playoffs, so the advantage could still tilt back toward the home teams in a Game 7, or in later rounds. And all this analysis comes with the caveat that injuries to stars have seemingly affected teams more at home thus far: Donovan Mitchell missed a home game for Utah; Anthony Davis missed half a home game for the Lakers; Kemba Walker and Robert Williams missed the same home game for Boston. (Injuries do go both ways, though: The 76ers’ Joel Embiid missed most of Game 4, helping Washington to a home win.)

Yet this phenomenon fits with a recent trend in the regular season, too. From 1984 through 2013, home teams’ winning percentage in the regular season never dipped below 60 percent leaguewide for more than one season in a row. But it’s been below 60 for eight regular seasons in a row now—reaching an all-time low, of course, this season, when most games had no crowds at all.

ESPN’s Kevin Pelton found that home-court advantage was stronger in games with fans this regular season, but in the postseason, teams with more fans aren’t benefiting from the extra crowd size. In fact, the correlation between attendance and home point differential is negative-0.22 so far, meaning more fans are associated with a worse performance from the home team.

Don’t read into that figure too far. The quality of the teams allowing larger crowds somewhat scrambles this analysis—for instance, Miami could bring in 17,000 fans per home game, while Milwaukee was allotted just 9,107 in its first-round sweep. But as this graph shows, there’s also no evidence that larger crowds have helped the home team this postseason.

Crowds have helped the overall product, as players clearly enjoy competing in front of fans and the television viewing experience improves immensely with thousands of chanting, cheering mouths working in unison. (They’ve also exposed a considerably uglier side, throwing popcorn and water bottles, and hurling spit and offensive invectives toward players and their families.)

But improving the general NBA experience is distinct from improving a specific team’s chances. Consider the Clippers and Mavericks once more: After much discourse around Mark Cuban’s desire to pack Dallas’s home arena, the Mavericks found enough legislative leeway to get to more than 17,700 fans for both home games—the highest attendance for any team in the postseason. Dallas proceeded to lose both home games anyway.

As Mavericks coach Rick Carlisle said before those losses, “Just because you’re home doesn’t mean you’re going to walk out there and win a game. You’ve still got to keep doing the things that you’ve been doing well in previous games.”

Toshiba wants to include two foreigners among new board, hold EGM By Reuters
2 mins ago

Toshiba wants to include two foreigners among new board, hold EGM By Reuters 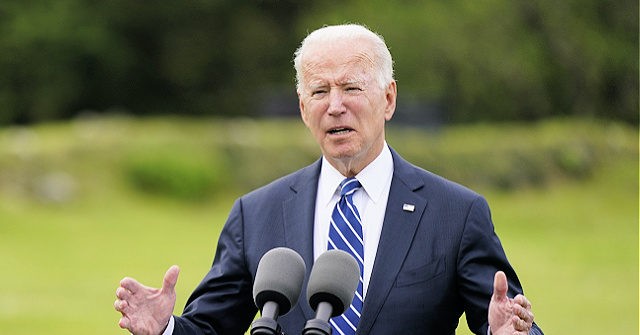