The summer transfer window is closed for the top leagues in Europe! After a summer full of international football, countless clubs waited until the last minute to pull off their transfers. See all the major deals here and check out how we graded the biggest signings. But just because the window is shut until January, that doesn’t mean the rumours won’t keep coming.

Barcelona are interested in a possible move for Franck Kessie or Paul Pogba, but Paris Saint-Germain are keen on both players as well.

That’s according to Mundo Deportivo, which reports that the La Liga and Ligue 1 outfits could be set to battle it out in order to land a midfielder of their choice in the summer, both of whom are out of contract at the end of the season.

Pogba, 28, is said to be in discussions over a new contract with Manchester United, but agent Mino Raiola has not denied a move away from Old Trafford could be on the horizon at the end of the season.

As for Kessie, 24, AC Milan are hoping to keep a hold of the midfielder, but a move away from the Scudetto challengers looks more likely, with reports constantly linking him with a transfer to some of Europe’s biggest clubs.

A battle between Barcelona and PSG for a midfielder wouldn’t be something new as the two clubs clashed in a move for Georginio Wijnaldum in the most recent summer window. Barcelona were said to be close to agreeing terms for the Netherlands international before late interest from the French club.

PSG boss Mauricio Pochettino managed to land his man from under the noses of the Nou Camp outfit and a similar clash could be in store in the coming months for the services of Kessie and Pogba.

– Leeds United are eyeing a move for promising Club Brugge forward Noa Lang, according to Football Insider. The 22-year-old has already scored three goals and assisted on four in just eight league matches so far this season, with many of Europe’s big clubs monitoring the former Netherlands Under-21 international.

– Real Madrid view winger Vinicius Junior as “untouchable and a key player” amid links to a move away from the Bernabeu this summer. Fabrizio Romano reports that Carlo Ancelotti’s side have no intention of the 21-year-old moving on as they look to build for the future.

The Brazil international has four-years left on his current deal and has started the season in scintillating form, scoring five and assisting on two in five appearances so far, including a goal and an assist in Real’s fightback win over Valencia on Sunday.

– David Neres could be set to leave Ajax as his role at the Amsterdam club is diminishing, reports AS. The 24-year-old only has two years left on his current deal and has a reported valuation of €27 million by the Dutch club. Atletico Madrid and Sevilla had interest in the Brazil international in the summer, but a move never materialised.

– Matias Vecino‘s agent is set to request a new contract for his client at Internazionale, writes Calciomercato. The midfielder’s current deal has less than a year left running on it, with the agent hoping to extend it by three more years.

– AC Milan are eyeing William Carvalho as a successor for Kessie in January should the latter leave the club, according to Calciomercato. The Real Betis midfielder’s current deal runs until 2023 and the club will be looking to move him on rather than lose him on a free. It’s believed a loan-to-buy deal could be enough to land the Portugal international. 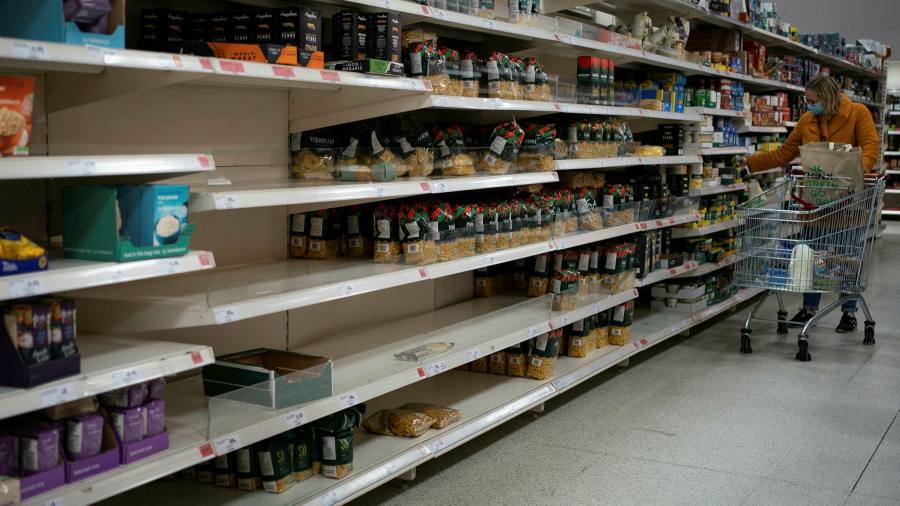 The end of convenience might not be such a bad thing

I was right about the BP share price! Here’s what I’m doing now
2 mins ago

Are we headed for a stock market crash? – The Motley Fool UK
5 mins ago