The Montreal Canadiens were on the brink of elimination in the Stanley Cup Final against the Tampa Bay Lightning, blew two leads in Game 4 and were amid a four-minute penalty kill as they headed into overtime.

Daunting for most teams. Perfectly on brand for the Canadiens.

“Nothing has been easy for us all year. It wasn’t going to start this series,” veteran forward Brendan Gallagher said. “We’ve kind of accepted the fact that it’s never going to be easy here.”

Josh Anderson scored the game-winner less than four minutes into overtime — his second goal of the night — as the Canadiens avoided becoming the first team in 23 years to get swept in a Stanley Cup Final in a 3-2 win over the Lightning at the Bell Centre in Montreal on Monday. The victory extended the series to Wednesday’s Game 5 in Tampa, Florida. The Lightning, meanwhile, fell to 0-4 in overtime this postseason.

“We didn’t want to end it tonight in front of our fans,” Anderson said. “We expected to go to Tampa tomorrow. I think everybody in that locker room did. [We] packed our bags this afternoon. Just had that feeling that we were going to win tonight and give ourselves a chance. We’ll go there, take care of business and come home in front of our fans. We’re in a good position now.”

The Habs didn’t appear to be well-positioned late, as captain Shea Weber‘s high stick clipped Ondrej Palat with 61 seconds remaining in regulation, which drew blood. That put Tampa Bay on a four-minute power play, which extended into overtime.

But the Canadiens entered Game 4 having allowed just five power play goals in 53 opportunities (90.6% success rate) this postseason. They killed off all five Lightning power plays in regulation of Game 4.

“Our penalty kill has been outstanding all playoffs. So we came back to the room and, we just believed in each other,” Anderson said. “We weren’t down, all positive things in the room. We just had to execute. I thought we did a phenomenal job.”

Anderson also credited goaltender Carey Price for “being a wall back there,” stopping 32 shots. It marked Price’s first career win in the Stanley Cup Final in his 91st career postseason contest — which is tied for the second-most postseason games played by a goalie at the time of his first Final win. This was the Price that Montreal was expecting; the 33-year-old was uncharacteristically shaky through the first three games of this series, allowing 13 goals on 79 shots (.835 save percentage), including a dismal .833 save percentage on low danger shots, according to Natural Stat Trick.

After Game 3, Price said he could “definitely play better. It’s just not good enough so far.” That prompted a reporter to ask Montreal coach Dominique Ducharme the unthinkable during the two-day pause between games: Would he consider benching Price for backup Jake Allen?

Ducharme was defiant, and on Monday reiterated his confidence in the 14-year pro. The coach said he didn’t need to say anything to Price to help re-instill confidence.

“Nothing. Just a tap on the pads,” Ducharme said. “Pricey’s got experience, he’s a competitor. We wanted to be better in front of him. He said what he said and he answered the bell tonight.”

It’s been quite the roller-coaster season for the Canadiens. Coach Claude Julien was fired in February and replaced by Ducharme — though the Habs were down to their interim, interim coach for the beginning of the Stanley Cup Final, as Ducharme quarantined for 14 days following positive COVID-19 tests in the semifinal series. The Habs also experienced a COVID-19 pause during the season and had the lowest winning percentage of any of the 16 teams to qualify for the playoffs.

Montreal also fell behind 3-1 in its first-round series against the Toronto Maple Leafs but clawed back to win it.

“For me, it’s not surprising. We’ve been through a lot. We’ve talked about it,” Ducharme said. “That’s another challenge that we have. Tonight we played hard; it was not perfect. But we still feel we can be better. We’ll do that in Tampa. We won’t go easy, that’s for sure.”

Ducharme made several bold lineup decisions in Game 4, all centered around finding more speed. He bumped Anderson up to a line with Cole Caufield and Nick Suzuki, and scratched Jesperi Kotkaniemi, who has five goals this postseason, in favor of Jake Evans. Ducharme inserted defensemen Brett Kulak and Alexander Romanov back into the lineup — which also paid off, as Romanov scored a third period goal which, at the time, broke a 1-1 tie.

The 21-year-old Romanov, an NHL rookie who signed with Montreal this season from the Kontinental Hockey League, had only played in two playoff games before Monday — once in the Winnipeg second-round series, and once against Vegas in the semifinal. Before his goal, Romanov had only tallied one point since Feb. 25.

Gallagher’s initial point wasn’t understated: the Canadiens haven’t made it easy for themselves in this series. They didn’t hold a lead at any point in this series until Anderson scored with 4:21 left in the first period –a streak of 195:39 minutes either tied or trailing.

Anderson’s goal gave the Habs a jolt, after another sluggish start on home ice. The Canadiens didn’t get a shot on net in the first eight minutes of the first period, and Tampa Bay had a 25-8 lead in shot attempts by first intermission. The Lightning equalized in the second period, thanks to a goal from Barclay Goodrow. The goal followed a common theme for Tampa Bay in this series, as it came directly after Ryan McDonagh forced a Jeff Petry turnover.

When Pat Maroon scored the 2-2 equalizer late in the third period, he was set up by teammate Mathieu Joseph, who also forced a turnover. It marked the 11th goal Tampa Bay has scored in this series within 10 seconds of a turnover, according to data from Sportlogiq.

Had the Lightning won on Tuesday, it would have put them in rare company. The Canadiens have appeared in a record 35 Stanley Cup Final appearances, but only one visiting team (the 1989 Calgary Flames) clinched the Cup on Montreal’s home ice.

Prior to the game, there was a moment of silence for Mattis Kivlenieks, the 24-year-old Columbus Blue Jackets goaltender who died on Sunday after suffering injuries from a July Fourth fireworks accident. 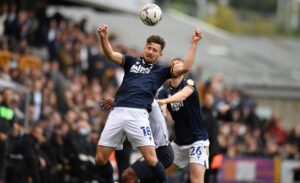