Sometimes in life, things need to be seen to be believed – and that’s certainly the case with Lionel Messi.

Over the past 18 years, the Argentine ace has taken the beautiful game to new levels and left football fans throughout the world marvelling at his genius time and time again. Since making an eagerly-anticipated debut with Barcelona at the tender age of 17 back in October of 2004, the little magician has gone on to re-write the record books for all manner of reasons.

During an illustrious career which has seen the forward also turn out for Argentina and Paris Saint-Germain alongside his beloved Barcelona, Messi has scored a staggering 769 goals across 974 appearances for club and country. In honour of the great man’s 35th birthday, Mirror Football have trawled through the archives to bring you the 35 finest strikes of his glittering career. And it’s quite the catalogue…

The goal that started it all. After Ronaldinho released a 17-year-old Messi with an audacious scoop, the teenage prodigy steadied himself before guiding a controlled effort over Albacete’s stranded goalkeeper to open his Barcelona account and become the club’s youngest-ever goalscorer.

Hanging back on the edge of the Copenhagen area, Messi found himself teed up by Andreas Iniesta. The Argentine controlled with his left instep before rifling home a rocket.

Collecting the ball from Neymar on the edge of the Lens area, Messi killed the pass, steadied himself and then unleashed a rip-roaring rocket into the top left-hand corner. Emphatic.

Have Your Say! Do you agree with our list of Lionel Messi’s greatest ever goals? Tell us what you think here.

Having exploited space in between Manchester United defenders John O’Shea and Rio Ferdinand, the 5ft 7in forward met Xavi’s clipped cross with his head to steer past Edwin van der Sar and put Barcelona out of reach in the 2009 Champions League final. The first of a monumental goal haul against English opposition.

Having peeled away to the edge of Sevilla’s crowded penalty area, Messi sent an arrowing acrobatic volley into the back of Spanish side’s net. The stunning strike would prove to be just one of 23 goals the forward would score against Sevilla.

After receiving the ball out wide from Luis Suarez, Messi found himself up against seven yellow shirts in the Villarreal penalty area. In one swift motion, the Barcelona marksman causally swept the ball into the far corner to send the Nou Camp into raptures.

Having collected a trademark incisive through-ball from Iniesta, Messi nutmegged a Sevilla centre-back before sending a perfectly weighted looped chip into the far corner. Pure brilliance.

Controlling the ball on his chest with his back to goal, Messi swiftly spun and burst forward to escape the clutches of a Celta Vigo opponent. The little magician then ran at the Spanish side’s backline before cutting on his left, composing himself, and slotting home with ease. You just cannot give him an inch.

After hanging back on the edge of the area, Messi received a poked pass from the sprawling Suarez. The Argentine instantly controlled the fizzed ball before curling home a delightful effort with his weaker right foot.

A World Cup classic. After his run was spotted by Argentina team-mate Ever Banega, Messi clinically controlled the midfielder’s lofted through-ball with his thigh before caressing it with his left and firing home with his right. Sublime.

After receiving the ball from Bojan on the right of Real Sociedad’s penalty area, Messi prompted to cut inside on his left-foot and run parallel to the whole of the Spanish side’s baffled backline, before wrong-footing the opposition goalkeeper. How does he make it look so easy?

After exchanging a neat one-two with Barcelona team-mate Pedro by one of Atletico Madrid’s corner flags, Messi headed toward the area before shaping to shoot. His bamboozling body feint fooled two Atleti players and allowed the Argentine time and space to chop in behind them, and tuck home at the near post.

Despite being charged down by four Stuttgart players, Messi still found space to smash home a Champions League stunner back in 2010. The Argentine somehow sent a rocket through the crowd of German opponents before seeing his effort sail under the crossbar and into the back of the net.

Messi’s first PSG goal was a long time in the making, but when it finally arrived, it didn’t disappoint. Driving at Manchester City’s defence, the Argentine attacker played in Kylian Mbappe, who promptly flicked the ball back to his new PSG pal. Messi then opened his PSG account in spectacular style, smashing home a first-time effort.

Mallorca looked organised and defensively sound in the build-up to this one, but Messi would soon remind the La Liga outfit that he is capable of producing something out of nothing. Collecting a pass with his right foot on the edge of Mallorca’s penalty area, the forward shifted the ball on to his left before curling home a classic.

A somewhat unique goal among Messi’s mammoth collection, the Barcelona forward struck against PSG in the second leg of the pair’s Champions League Round of 16 clash in March 2021, a matter of months before he would complete a shock move to the French giants. Messi cut inside from 30-yards out before unleashing a swerving stunner which left PSG stopper Keylor Navas with absolutely no chance.

Skipping past the lunging Ashley Young, Messi promptly punished Manchester United and not for the first time in his career. The Barcelona forward then nutmegged Fred before clinically sending a low effort into the far left-hand corner of David De Gea’s goal.

Receiving the ball on the right, Messi ran parallel with the 18-yard line before pulling the trigger from the centre of the D. The rifled effort subsequently soared past Santander’s stranded goalkeeper. There was simply no stopping this one.

Picking up the ball just inside Brazil’s half, Messi evaded a half-hearted challenge from Marcelo before driving inside from the right. Upon reaching Brazil’s penalty area, the Argentine promptly let rip with that famous wand of a left foot and sent a sizzler into the top left-hand corner.

After Iniesta capitalised on a kamikaze back heel attempt from Arsenal midfielder Cesc Fabregas on the edge of his own area, Messi was laid in courtesy of a defence-splitting dinked through ball. Faced with on-rushing Gunners goalkeeper Manuel Almunia, the quick-thinking Messi teed himself up by delicately clipping the ball over the sprawling stopper, before smashing home a close-range volley.

Controlling the ball out wide on the right with he chest, Messi made a b-line for the Malaga penalty area. In the blink of an eye, the Argentine forward weaved through two opposition players before powering a right-footed effort home.

Back in 2016, Messi became Argentina’s all-time record goalscorer – and accomplish the feat in some style, too. The forward sent a stunning 30-yard free-kick across hapless United States stopper Brad Guzan and into the top right-hand corner.

A goal Jerome Boateng will be haunted by for the rest of his days. Finding himself up one-on-one with the Bayern centre-back, Messi feigned to cut inside before shifted back on to his right in a move which sent Boateng tumbling to the turf. If that wasn’t enough, the Barcelona star then audaciously dinked the ball over none other than Manuel Neuer.

While most players would baulk at the thought of facing six players and goalkeeper, such a predicament is no problem for Messi – as proven against Getafe back in 2014. The Argentine attack jinked inside one opponent well outside the area before a daring diagonal run across Getafe’s defence saw him escape the clutches of three more opponents and the rival goalkeeper to slot into an empty net.

Capping off a stunning 3-0 success over Liverpool in the first leg of the pair’s famous Champions League semi-final back in 2019, Messi sent a sublime 30-yard free-kick sailing into the top corner to send the Nou Camp into raptures. There was simply nothing Alisson could do keep this one out.

After opening up his body to collect a direct pass on his right instep, Messi shifted the ball on to his left to evade his first opponent. Barca’s No.10 then wrong-footed another thanks to a touch from a Valencia player before the ‘Little Flea’ skipped inside a third opponent and fooled the goalkeeper by smashing home at the near post.

Receiving a defensive-splitting pass down the right, just inside Mexico’s area, Messi controlled the ball with the outside of his left boot before promptly clipping a nonchalant chip into the far corner. Sumptuous stuff from the great man.

After the ball was rolled back to a ready-and-waiting Messi on the edge of the Tenerife area, the Barcelona superstar casually clipped a perfectly weighed chip into the top right-hand corner.

After laying the ball out wide to Barcelona team-mate Ivan Rakitic, Messi received the ball back on the edge of the Real Betis area. Exuding an unshakeable level of confidence, the diminutive forward then caressed the ball into the far corner with an audacious effort.

Having plucked the ball out of the sky on the halfway line, Messi set off on a trademark solo run. The Argentine sold two opponents with outrageous shoulder drops before driving through a gaping hole in Eibar’s bamboozled backline and slotting home with his right. Deadly.

As if he had the ball on a string, Messi jinked through three Athletic Bilbao players before entering the area and coolly slotting home with consummate ease. It wouldn’t be the last time he would put the Spanish side to the sword…

Yet another stunning solo strike. After muscling off a Zaragoza player just inside the opposition half, Messi clipped the ball over a sliding opponent before twisting another inside-out and swiftly drilling home. Vintage Messi.

Collecting the ball just inside Athletic Bilbao’s half, Messi marvellously weaved through three oppositions players on the left byline before cutting in on his lethal left foot and firing home at the near post as the ball sat up perfectly. A dazzling dribble to defy belief.

With the world watching on, eager to discover which of these two great Spanish rivals would book a spot in the Champions league final of 2011, Messi produced one of the greatest ever El Clasico goals. Collecting the ball on the half-way line, the Barcelona No.10 exchanged a sharp one-two with the statuesque Sergio Busquets before slaloming through five Real Madrid players and rolling the ball into the far corner with his weaker right foot. Messi at his magical best.

Messi’s most iconic goal was his slaloming 2007 effort against Getafe, which has drawn eerie parallels to a famous Diego Maradona strike
(

And finally, the one you’ve all been waiting for. While it’s nigh impossible to rank Messi’s mammoth goal haul and pick out the finest of his 769 career efforts, his stunning solo strike against Getafe back in 2007 is so often revered as standing out above the rest.

After picking up the ball just inside his own half, Messi prompted to jink inside one opponent before nutmegging another and embarking on a jaw-dropping jaunt towards the Getafe goal. The Argentine ace then slalomed through the Spanish side’s backline before rounding the Getafe goalkeeper and clipping the ball into an empty net to score a goal eerily similar to the one his Argentine predecessor Diego Maradona struck against England at the 1986 World Cup. Simply break-taking. 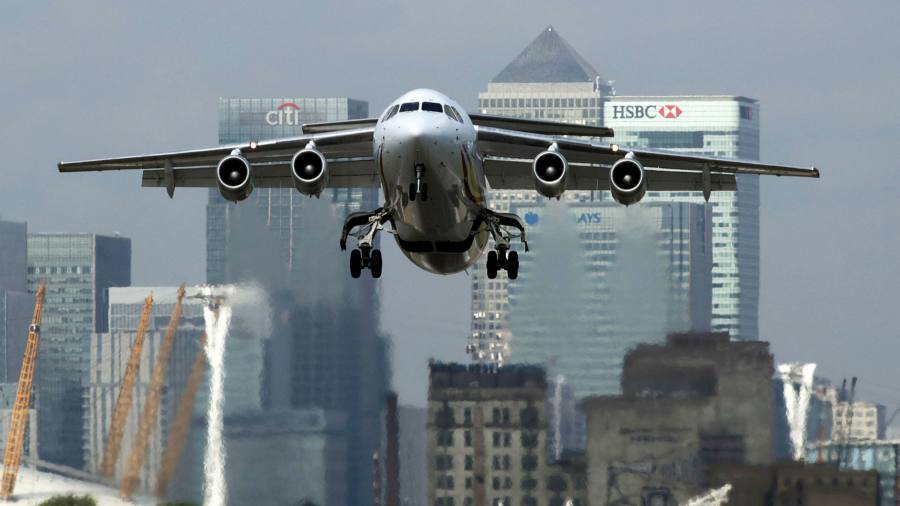 #Bitcoin Slips, will BTC Drop to 2022 Lows? for BINANCE:BTCUSDT by Bitcoin_Analyzer
6 mins ago 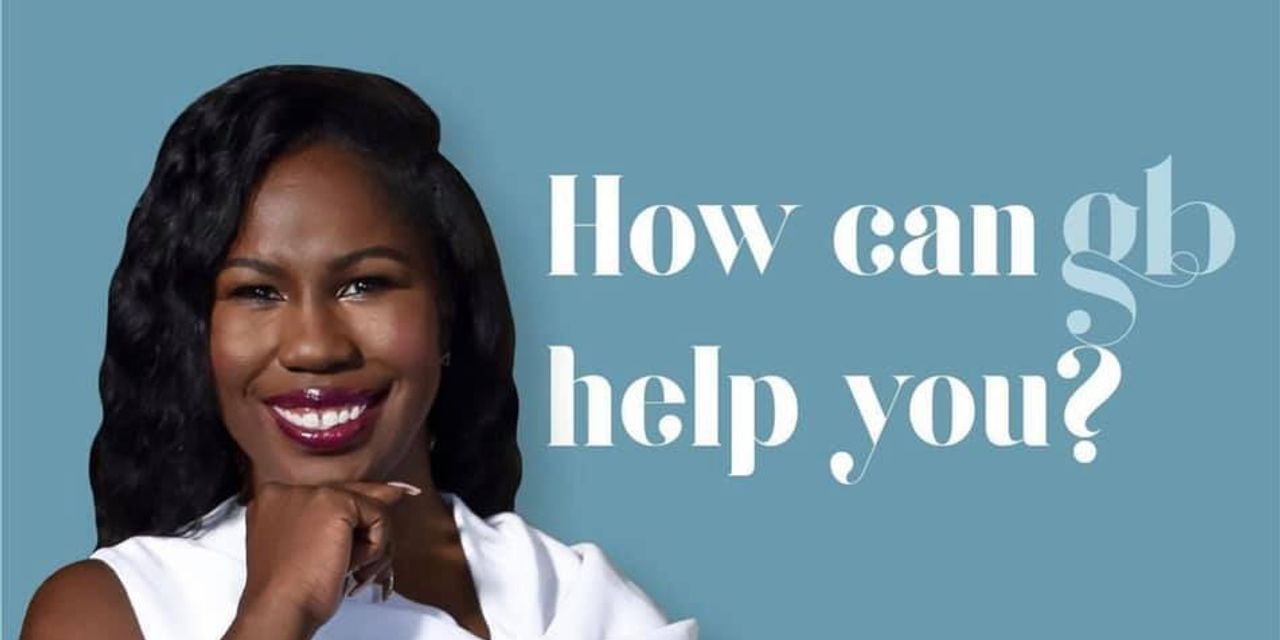 ‘Grant Bae was a scam’: FTC shuts down grant-writing service they say ripped off dozens of minority-owned businesses during the pandemic
7 mins ago

‘Grant Bae was a scam’: FTC shuts down grant-writing service they say ripped off dozens of minority-owned businesses during the pandemic