On Sunday against the Padres, Max Scherzer decided to get all of his history-making out of the way in one game. It started in the second inning, when he struck out Fernando Tatis Jr., Eric Hosmer, and Tommy Pham on nine total pitches to achieve an immaculate inning. It was the third of Scherzer’s career, tying a record held by Sandy Koufax and Chris Sale, and just the 105th in recorded MLB history.

Three innings later, Scherzer punched out Hosmer once more to become the 19th player in MLB history to strike out 3,000 batters.

By the time Hosmer came up again in the eighth, he was likely tired of being used as Scherzer’s personal speed bag, so he flipped a double into right field to become the Padres’ first base runner of the game. That kept Scherzer from earning his third career no-hitter, but he’s still one of just 35 pitchers to have thrown at least two.

Since joining the Dodgers at the trade deadline, Scherzer has made eight starts, winning six, while allowing an ERA of 0.88 and an opponent batting line of .158/.189/.230 in 51 innings. Scherzer was already pitching well enough with Washington to earn the start in the All-Star Game, but his absurd run in Dodger Blue has vaulted him into the league lead in ERA, WHIP, and hits allowed per nine innings.

Through just six weeks, he’s already drawing comparisons to the greatest midseason trade acquisitions of all time—CC Sabathia in 2008, Randy Johnson in 1998, Doyle Alexander in 1987, and Rick Sutcliffe in 1984. Depending on how Scherzer finishes, and how many innings Milwaukee’s Corbin Burnes racks up through the remainder of the season, Mad Max could become the first pitcher since Sutcliffe to win the Cy Young after being traded midyear. If that happens, he’ll become just the fifth pitcher to win four Cy Young Awards.

Scherzer has a solid case for being the standout pitcher of the 2010s. In that decade, he struck out 2,452 batters—more than any other pitcher—and finished third in starts and second in innings pitched. He was a close third to Clayton Kershaw and Justin Verlander in bWAR, almost 10 wins clear of fourth-place Cole Hamels, and tied for fifth in ERA+ among pitchers with at least 1,000 innings. Between 2013 and 2019, he made seven consecutive All-Star teams and finished no lower than fifth in Cy Young voting, winning three times. His teams made the playoffs seven times in the decade, culminating in a dramatic title with the Nationals in 2019; Scherzer, who was unable to dress himself due to neck pain, started Game 7 of that World Series.

But that season was a convenient inflection point for Scherzer to go on the decline. At 35, he’d achieved basically everything he could, and after a decade of 200-inning-a-year abuse, his body was starting to wear out. In addition to the postseason neck issue, back injuries forced Scherzer to take his longest IL stint in 10 years. He handed the mantle of the NL’s best pitcher over to the Mets’ Jacob deGrom, and it was Stephen Strasburg, not Scherzer, who was Washington’s standout postseason pitcher in 2019. In the pandemic-shortened 2020 season, Scherzer was merely very good. Most pitchers would have killed for his 119 ERA+ and 4.00 K/BB, but both marks represented his worst performance in the better part of a decade.

With Scherzer’s contract set to expire after 2021, and with his late 30s approaching, it seemed he had to merely mop up a few more statistical milestones and wait for the BBWAA to anoint him a Hall of Famer. Instead, Scherzer, who turned 37 in July, is having one of the best seasons ever for a pitcher of his age.

It’s tough to compare individual starter seasons across eras; today’s strikeout totals are so high, and starting pitcher workloads are so low, that they mess with many counting stats. But with three weeks left in the regular season, Scherzer has produced 4.6 wins above average, according to Baseball-Reference. That’s the 17th-best season since integration for a pitcher aged 36 or older, basically tied—in a fun historical coincidence—with Alexander’s 1987 campaign. About half of the seasons ahead of him belong to Randy Johnson, Roger Clemens, Hoyt Wilhelm, and Phil Niekro, four pitchers who could make serious Hall of Fame cases if you threw out everything they accomplished before age 30. And within those time and age constraints, Scherzer has the fifth-best ERA+ for a qualified starter.

Scherzer’s tenure with the Dodgers—a situation he used his 10-and-5 trade veto rights to orchestrate when it became clear the Nationals wouldn’t contend—could have been a valedictory season that paired a fading star in search of another ring with a team in need of rotation depth. Orel Hershiser’s tenure with Cleveland in the mid-’90s comes to mind, or Pedro Martínez’s brief run with the Phillies in 2009. But no such decline has persisted, and Scherzer is pitching as well as he ever has.

The most pressing question now for Scherzer is whether his performance will impact the Dodgers’ title defense. There’s a pretty compelling argument for this being the National League’s best team on paper, but they’re running out of time to catch and pass the Giants for first place in the NL West. Even if the Dodgers go into the wild-card game as favorites, their rotation depth—Scherzer, Kershaw, Walker Buehler, Julio Urías—won’t count for anything in a winner-take-all game. Scherzer, despite his hot hand and achievements, might not even pitch.

But Scherzer’s performance in 2021 reinvigorates discussion about what the next few years of his career will look like. The seven-year, $210 million deal he signed with Washington after the 2014 season is the kind of contract a pitcher doesn’t expect to play past. But Scherzer has been so good he’s given himself the chance to ring the bell again.

The most recent comparable season to Scherzer’s 2021 was Justin Verlander’s second Cy Young campaign in 2019, which also came in his age-36 year. Verlander parlayed that season into a two-year, $66 million extension with the Astros; Scherzer’s agent, Scott Boras, will almost certainly cite that deal as precedent when shopping Scherzer around this winter.

Of course, Verlander blew out his UCL six innings into that contract extension and will hit free agency having made one start in the past 23 months. Such is the duality of an old pitcher’s existence.

For another illustration of that duality, consider Baseball-Reference’s list of pitchers similar to Scherzer through their age-36 seasons. The top seven are a mix of Hall of Famers and Hall of Very Good pitchers, most of whom were as dominant as Scherzer at their peaks. Here are their performances from age 37 on, plus those of Adam Wainwright, B-Ref’s top comp for Scherzer overall:

None of these pitchers are perfect comps for Scherzer. Halladay and Pedro were basically washed when they were Scherzer’s age; Guidry pitched in a radically different era in terms of training and conditioning, which might be the single most important factor for Scherzer’s next few seasons. But here we see the range of potential outcomes. Johnson was literally the best old pitcher ever. Brown and Hudson hung around for another few seasons, occasionally turning in All-Star-level performances. And Wainwright, who looked positively charbroiled from age 34 to 36, has somehow found the fountain of youth. From age 37 to 39, he’s been as effective and as durable as he’s been in half a decade, and he’s eager to continue into his 40s.

Scherzer, like Wainwright, has the assistance of modern conditioning techniques to ward off the ravages of time. (Here, “modern conditioning” means something different than it did for Clemens, who was one of the best pitchers in the world into his 40s, when his blood plasma was mostly HGH.) Unlike Wainwright, though, Scherzer has been inhumanly durable throughout his prime; his back and neck problems from 2019 seem to be behind him. And in an age when pitchers get their elbow ligaments changed like a car’s spark plugs, Scherzer has spent 81 days on the IL, total, in his entire major league career.

The last decade of Johnson’s career was a freakish occurrence that may never be equaled. But could Scherzer continue to be a no. 1 starter until he’s 40 and push for 4,000 strikeouts? If he wants to, there’s no reason why he couldn’t. 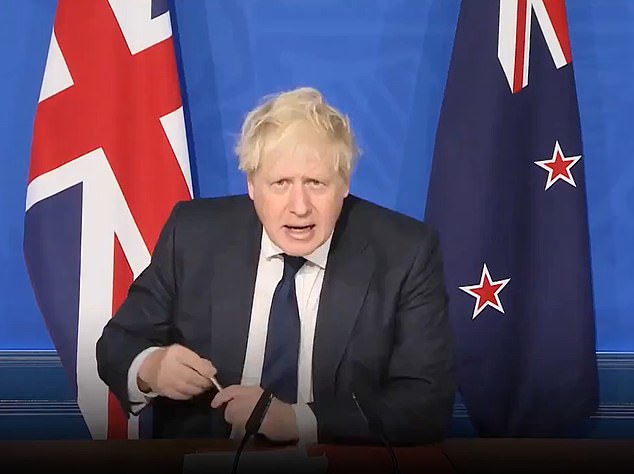 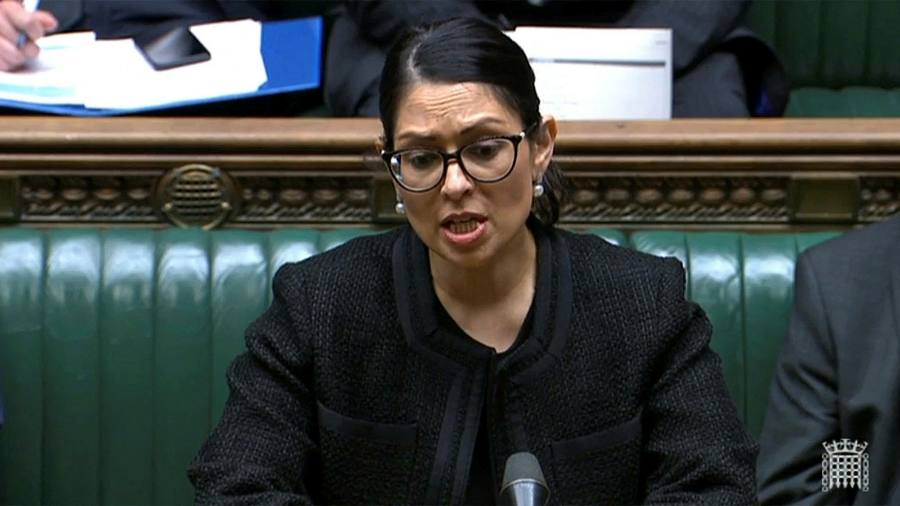 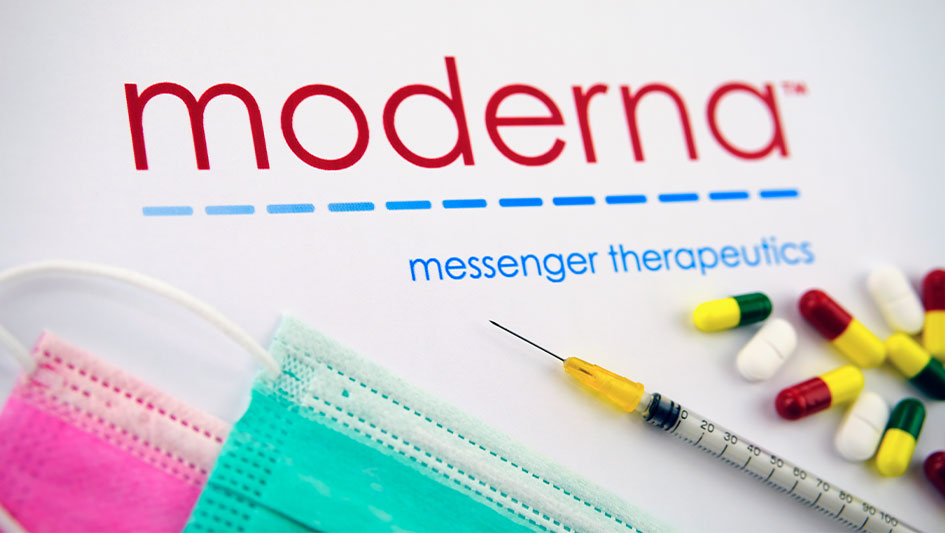