MADISON, Wis. — Wisconsin‘s seniors were openly critical of coach Greg Gard during a late-season team meeting that was secretly recorded and later got sent to a newspaper.

The Wisconsin State Journal says it received a 37-minute audio file this week of a Feb. 19 team meeting that included seven senior players, Gard and three assistant coaches. The newspaper said that it received the recording from an anonymous email account and that the file included only a portion of the actual meeting.

During the meeting, forward Nate Reuvers tells Gard that “we don’t have a relationship” and that “I personally don’t think or feel like you care about our future aspirations.” Guard Walt McGrory tells Gard “I don’t know if I’ll ever talk to you again after this.”

“He sat there, he listened and there was not one dry eye in the entire room at the end of everything,” an unidentified player later told the State Journal. “The biggest thing that he did at the end was he apologized again and he was in tears and he said, ‘It’s not your fault, it’s my fault.'”

Gard told the State Journal “it’s so disturbing that somebody would take a private family meeting and make it for public consumption.” Wisconsin officials didn’t immediately respond to a message seeking comment Tuesday.

Wisconsin went 18-13 and lost to eventual national champion Baylor in the second round of the NCAA tournament this past season. The Badgers had opened the season ranked seventh after winning a share of the Big Ten regular-season title in 2019-20.

Gard owns a 119-70 record with four NCAA tournament berths in six seasons. The Badgers also would have earned an NCAA bid in 2020 if the pandemic hadn’t halted the season.

Although the NCAA gave seniors the options to return for one more year of eligibility because of the pandemic, Brad Davison is the only one of Wisconsin’s seven 2020-21 seniors who plans to play for the Badgers next season. 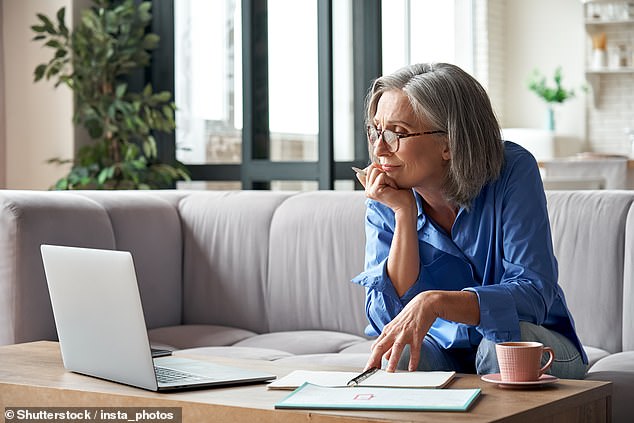 Should I leave my ‘with profits’ pensions where they are or move them?
5 mins ago

Should I leave my ‘with profits’ pensions where they are or move them?

Top growth stocks: here’s how much I could have in a decade by investing £500 a month – The Motley Fool UK
8 mins ago

Top growth stocks: here’s how much I could have in a decade by investing £500 a month – The Motley Fool UK Got an ancient phone? You won’t be able to sign in to your Google account soon
9 mins ago