In the end, Brazil‘s dependence on Neymar was greater than Argentina‘s on Lionel Messi. Argentina’s 12th goal of the tournament was the first and only one not to involve Messi — and it was enough to bring Messi the first senior title of his international career, as well as Argentina’s first since 1993.

The 1-0 victory in the Copa America final on Saturday was the fruit of Argentina coach Lionel Scaloni’s willingness to change a winning team — or at least one that had come through a semifinal after a penalty shootout. He changed five of the side — half of the outfield contingent — from the lineup of Tuesday’s game against Colombia. One was routine, with centre-back Cristian Romero returning after injury. Both full-backs were changed; Scaloni clearly wanting fresh legs down the flanks.

And the other two altered the structure of the side. The most defensive midfielder, Guido Rodriguez, gave way to Leandro Paredes. This might have seemed strange. But Scaloni decided he did not need to start with Rodriguez because he strengthened the sector. Instead of the normal 4-3-3, Argentina lined up in a 4-4-2. Nicolas Gonzalez on the left wing gave way to Angel Di Maria.

It was a match winner, a title-winning switch.

There was a price to pay. Giovani Lo Celso was pushed wider to the left, further from Messi. This was the partnership that had consistently got the team off to a fast start throughout the tournament. There was no fast start this time. But there was something to celebrate at the end, because the thinking behind the inclusion of Di Maria proved correct. His role was to cut inside, behind left back Renan Lodi, attacking the space of Thiago Silva. It was where the game was won.

Rodrigo De Paul, a strong candidate for man of the match, gave a long diagonal ball for Di Maria to chase. Renan Lodi could not control, and Di Maria was there to beat Ederson with a cute lob. Scaloni was rewarded for making changes to his team.

Brazil coach Tite might regret not doing likewise. He sent out the same lineup that had beaten Peru on Monday. Some of their problems were predictable. A key flaw in the goal was the lack of pressure placed on De Paul in the middle of the field. Brazil have been pressing better when Eder Militao has featured at centre-back. But Tite stuck with Thiago Silva, who has inevitably lost some of his pace. He tends to stay deeper, and the team breaks up into separate units as a result.

In attack, Tite gained little from the hero of 2019, winger Everton Soares, who has not been in top form. Brazil’s coach worked overtime trying to rebuild his attack during the course of the game. Roberto Firmino came on at the interval, pushing back the Argentina centre-backs and giving Neymar space to bring Richarlison into the game, cutting in from the right. It was the closest Brazil came to a goal, with Richarlison having one strike ruled out for a narrow offside and another well-saved by Emiliano Martinez.

On came Vinicius Junior to provide some thrust down the left. On came striker Gabriel Barbosa, who forced another smart save from Martinez. Argentina withdrew. Messi was left all alone up front, though he did have a chance to clinch things towards the end after a superb one-two with De Paul, only to lose control at the vital moment.De Paul burst through to be stopped by Ederson, but the action by now was happening at the other end.

Argentina set out to stop Neymar any way they could, fair means and foul, even queueing up to try to rugby tackle him in desperation. It was a time for cool heads, and Brazil struggled to stay calm. The fouls, the constant interruptions, the yellow cards — all worked in Argentina’s favour.

It was not pretty, it was no classic. But it will live long in the Argentine memory, especially in the memories of those fans — 10% of the stadium capacity — who were controversially and chaotically allowed to enter Rio de Janeiro’s Maracana stadium.

A long wait has come to an end. At the final whistle the entire team ran towards Messi — a graphic illustration of how well he is integrated into the squad. Few will begrudge him his moment — and the long embrace between him and Neymar a few minutes after the whistle was as memorable as anything that happened on the field. 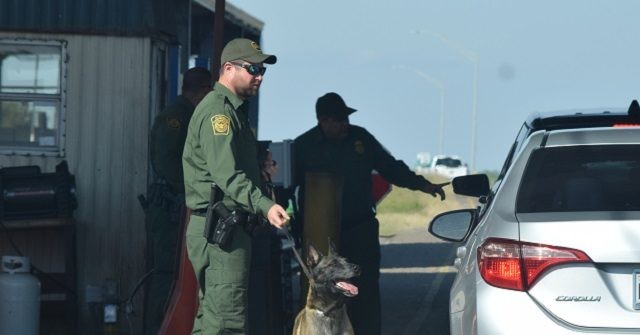 EXCLUSIVE: Border Patrol to Shut Down All Sector Checkpoints as Migrant Border Bridge Detention Camp Swells to 10K
4 mins ago