When I arrived years ago at the piece of land I now garden, I saw it as a blank canvas and set about madly planting things, imagining my efforts would bring every square foot to life. I did not understand then that the heavy lifting had already been done — and probably by some blue jay, or maybe a squirrel.

Douglas W. Tallamy, an entomologist and longtime professor at the University of Delaware, would have known right away what the giant old oak trees along the front property line meant to the place — and to any place.

“There is much going on in your yard that would not be going on if you did not have one or more oak trees gracing your piece of planet earth,” he writes in his new book, “The Nature of Oaks: The Rich Ecology of Our Most Essential Native Trees.”

Oaks support more life-forms than any other North American tree genus, providing food, protection or both for birds to bears, as well as countless insects and spiders, among the enormous diversity of species. Oaks also supply more of what he calls “fascinating interactions,” intimate details the book chronicles, month by month.

It was caterpillars — especially the larval stage of moths — that Mr. Tallamy credits with alerting him to the power of the genus Quercus. With 90-plus North American species and about 435 worldwide, Quercus is the Northern Hemisphere’s largest tree genus, made up mostly of trees that are very large and very long-lived, two factors among several that help explain the oak’s power.

When Mr. Tallamy began research 12 years ago to compare the relative ecological effect of native and nonnative plants, his team searched historical scientific records and made lists of host-plant genera, tallying how many caterpillar species were dependent on each. Why record caterpillar interactions? Not just because Mr. Tallamy likes them — he calls them “repurposed leaves that can walk” — but because caterpillars fuel the food web.

Oaks led by far, an insight that made them characters in his previous books, including the 2020 best seller “Nature’s Best Hope.”

“They are so important, critically important, in running our ecosystems, and that’s what attracts me,” he said. “Oaks are not just another plant.”

Consider a few of the oak’s credentials.

Oak trees support 897 caterpillar species in the United States. At Mr. Tallamy’s 10-acre property in southeastern Pennsylvania, he has recorded 511 — dwarfing the number supported by other native trees there, including maples (Acer, interactions with 295 caterpillar species), ironwood (Carpinus, 77) and sweetgum (Liquidambar, 35).

Of the food eaten by insects, birds and other animals, 75 percent comes from a few key genera — and oaks lead the list.

Birds forage longer in oaks (which, again, is often about caterpillars — high-value food especially during breeding season, when they are prime baby food).

An oak can produce three million acorns in its lifetime — tons of protein, fat and carbohydrates — and a mature tree can drop as many as 700,000 leaves every year. The resulting litter is habitat for beneficial organisms, and the tree’s canopy and root system are important in water infiltration, helping rain percolate instead of running off, and purifying it in the process. Oak trees also sequester carbon.

As Mr. Tallamy puts it: “A yard without oaks is a yard meeting only a fraction of its life-support potential.”

Yes, he’s aware: We have objections. Oaks are too big. They produce all those leathery leaves that don’t decompose fast enough for our neatnik liking. And in those years when the acorn crop is particularly heavy — known as mast years — we can’t walk anywhere near the trees without losing our footing.

But Mr. Tallamy seeks to quell those reservations, so that we’ll make room for at least one tree (or better still, two or three).

When Mr. Tallamy and his wife, Cindy, moved to their home 20 years ago, the land had long been mowed for hay, a practice they discontinued. No longer suppressed by the tractor, invasives emerged, and the couple began removing them. The next spring, they noticed that in many disturbed spots created by the uprooting they had done of unwanted multiflora rose and autumn olive, oak and beech seedlings had sprung up — but from where?

“We had no white oaks or beeches on our property and no mature trees nearby from which squirrels could have moved seed,” Mr. Tallamy writes.

A chance magazine photo of a jay flying with an acorn in its beak sent him digging into the literature. And sure enough, the ancient mutualism between jays and oaks was well documented.

Oaks and jays evolved together about 60 million years ago, in what is now Southeast Asia. Jays grew so adapted to life alongside oaks that a small hook at the tip of their bill “is designed to rip open an acorn husk,” Mr. Tallamy writes.

The bird’s expanded esophagus (a gular pouch) can hold up to five acorns — each one buried in a different spot, to be eaten later. Except some are forgotten and never retrieved. And you know what comes next: Mighty oaks from little acorns grow.

An Ode to Oak-Leaf Litter

Because they contain concentrations of lignins and tannins, natural chemicals that retard breakdown, oak leaves decompose slower than most tree leaves. Mr. Tallamy hopes gardeners see them as “priceless litter,” not debris to vacuum, shred or, worse, burn.

“The diversity and abundance of the little creatures that reside in the leaf litter that accumulates beneath an oak is astounding,” he writes, “and easily exceeds counts in the millions.”

What are they doing, all those arthropods? Some are overwintering, taking shelter until fairer days (which is why Mr. Tallamy advises us not to start our cleanup too early). But others are detritivores, nature’s cleaning crew, without whom the system collapses. Many fungi, too, make a home in oak-leaf litter.

“If leaf litter disappears, so do the decomposers,” Mr. Tallamy writes, “as well as the fungi and bacteria many eat, and the mycorrhizae that enable plant roots to absorb the nutrients they need.”

Oak-leaf litter has other superpowers as well — practical ones that speak to gardeners facing either of two fierce, fast-spreading invasives: Japanese stiltgrass (Microstegium vimineum) does poorly in areas with a heavy layer, and oak litter also seems to deter soil-eroding Asian jumping worms.

You may have seen it: an oak tree whose dry, brown leaves stay put all winter. The phenomenon, called marcescence, is more common in younger trees (and also seen in the oak’s botanical cousin, the beech).

Why do they hold onto that excess baggage? If you’re an animal like a deer or an elk, the dead leaves taste bad and any that do fall will rustle or crunch if you walk on them, alerting predators to your presence. So perhaps those leaves protect new buds on lower branches by discouraging animals from grazing.

But what about the dead leaves on higher branches? Earlier in the oak’s 60-million-year history there were taller predators, like mastodons, that may have been deterred as well.

Or perhaps marcescent leaves help oaks growing in poor soil by catching snow, directing more water to the root zones, and eventually falling to create a nutrient-rich mulch just when the trees need it most, as spring arrives. Or all of the above. No one knows for sure.

The Boom of Mast Years

If you’ve seen a wall-to-wall carpet of acorns beneath an oak, you’ve probably witnessed that individual’s contribution to a mast year, not an isolated event. Mast years are often synchronous: In the fall of 2019, red oaks from Massachusetts to Georgia produced vast crops of acorns.

But why? Is it a way of exceeding predators’ demands, insuring that some seeds are left to grow? Or perhaps an unpredictable harvest, year to year, controls predator populations, which may surge and then decline when a subsequent crop can’t sustain them. Or did masting evolve to improve pollination for these mostly wind-pollinated trees, outsmarting the vagaries of wind by producing so much pollen it can’t miss? Again, maybe all of the above.

Mr. Tallamy’s call to action: convincing us to plant oaks, preferably from acorns.

“Acorns are easy, free and plentiful,” he writes, “and they will grow into healthier trees than if you transplant established trees.”

Or rather than pulling up those volunteer seedlings, why not leave one in place and protect it from animals with a wire cage while it gains a foothold? Several trees spaced 10 feet apart will interlock their roots, forming a grove, each better anchored than it would be standing alone.

In “Nature’s Best Hope,” Mr. Tallamy coined the term Homegrown National Park — the notion that each person’s contributions of native plantings, led by oaks, could add up to substantial conservation corridors. His new Homegrown National Park website encourages us to add our own efforts to an interactive map; more than 5,000 people already have.

There’s a payoff for the environment, yes, but also for each of us, in the bonds of personal connection. He feels it, down to the last acorn.

“The oaks in my yard are not just oaks, they are vibrant communities of hundreds of species,” Mr. Tallamy said. “We planted them from acorns — so we enabled all this life by planting those oaks, and we did it in just a few years. You really can bring all this life to your yard just by planting this one genus. We really need oaks, and need to treat them with reverence.”

Margaret Roach is creator of the website and podcast A Way to Garden, and a book of the same name. 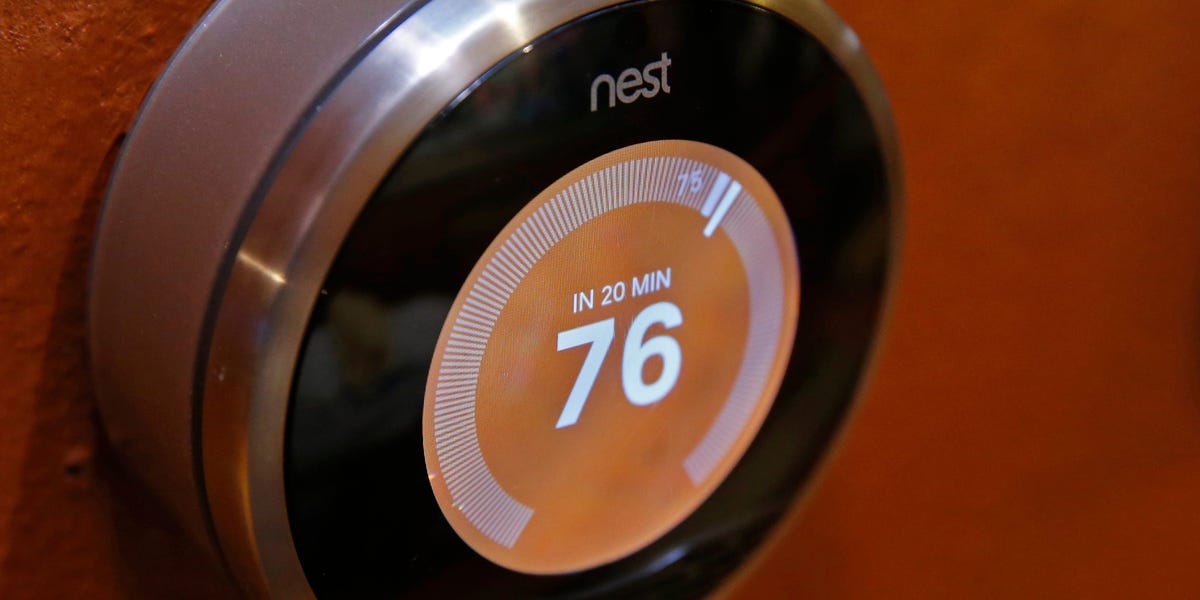 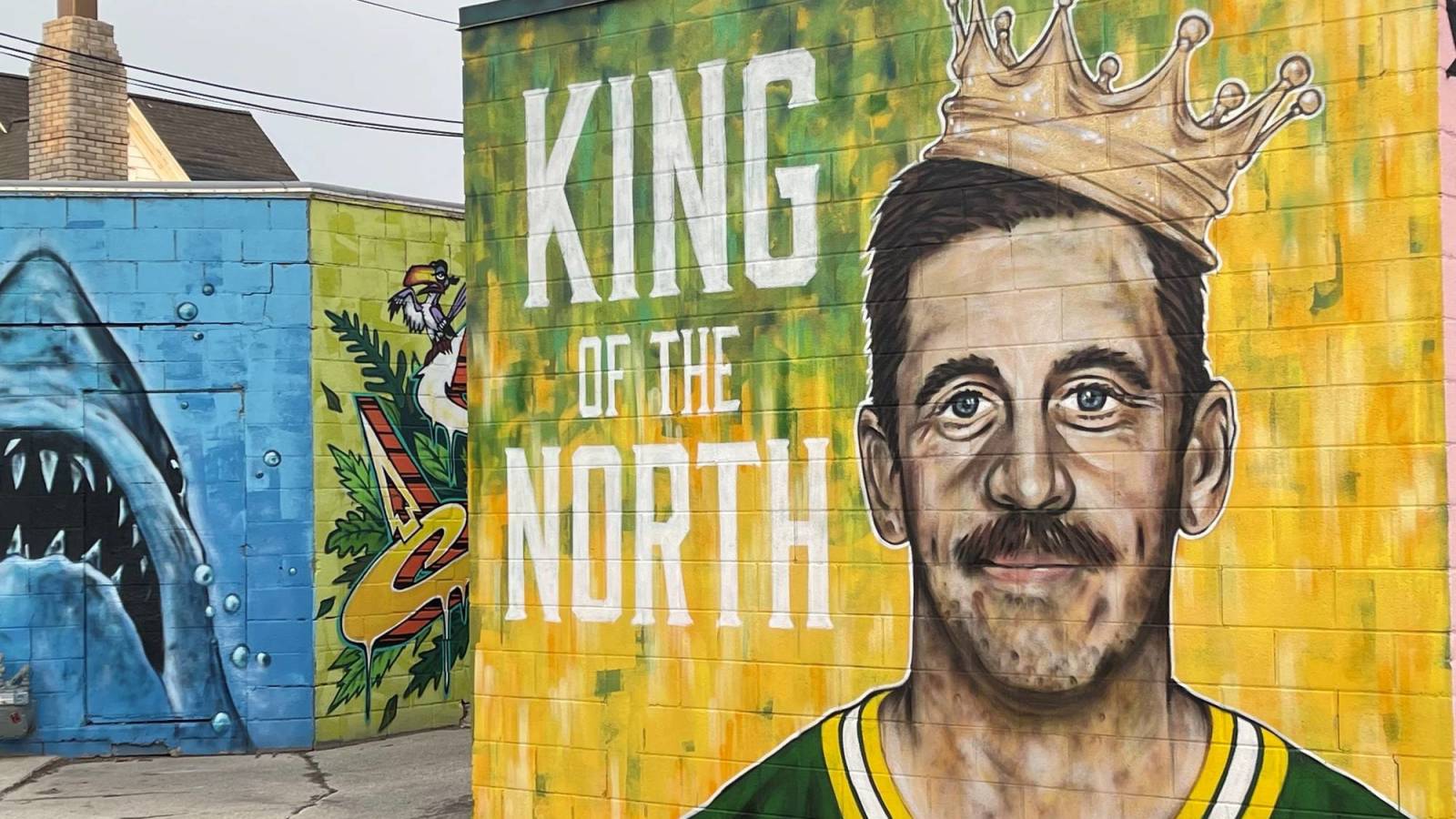