Tune into Jessica Tull’s YouTube channel, with its half a million subscribers, and you can watch her clean her house. Really.

On time-lapse videos, some attracting more than three million views, she washes floors, scours sinks, dusts fixtures and folds laundry. Occasionally, one of her three young children passes through the shot. But mostly, she’s alone, scrubbing drain holes with a toothbrush or unloading the dishwasher as she offers tips and endorses cleaning products in a soothing voice-over.

Ms. Tull, 31, inhabits a corner of the internet where people watch other people clean their homes in videos called “Clean with Me” or “Extreme Cleaning.” These aren’t “Hoarder” spinoffs for viewers to gawk at other people’s misery, nor are they aspirational home-organizing tutorials where influencers showcase impeccable walk-in closets. No, these are process videos grinding through some of the most mundane tasks we all do every week.

And therein, apparently, lies the appeal. There’s a dirty house. After 30 minutes, it’s clean. Some of the followers of these channels told me they watch the videos while cleaning their own homes, playing them on their television as a sort of inspirational soundtrack so they feel less alone. Others watch them while sitting on the sofa with a cup of coffee, hoping that the video might spur them to action, or at least make them feel less guilty about their own mess. The influencers play the role of cheerleader and best friend, commiserating about the mess and offering strategies on how to tackle it.

“It feels like the opposite of Instagram,” said Emma Doany, 29, a nursing student who lives in Austin, Texas, and regularly watches the videos, favoring channels like The Secret Slob and Jamie’s Journey, which to her seem authentic because the mess looks real and not staged. She often feels anxious that the three-bedroom house she shares with her husband doesn’t look perfect. Seeing someone else battle a sink full of dishes somehow takes the pressure off. “I watch ‘Clean with Me’ videos to make myself feel better, like, ‘I’m not a hoarder,’” she said.

The videos are usually set to serene, generic music, featuring a pretty young woman who invariably describes herself as a stay-at-home mother as she deep cleans her cluttered, but well-appointed home.

There’s the “After Dark” subset, where the influencer, in cozy but stylish leisure wear and a messy bun, tidies up the living room and kitchen, presumably after the children are in bed. She may even mention a link on her page where you can buy said leisure wear or the matching headband, in a not-so-subtle reminder that these videos are also about selling products for sponsors. She may have a glass of wine in hand, because what’s more relaxing than a late-night tidying session?

There are the “Complete Disaster” videos, where laundry, dirty dishes, grime and clutter have overwhelmed what would normally be an attractive house and the influencer restores order, sometimes in a video condensing two or three days of cleaning into 45 minutes.

Many people “feel like they’re the only one that can’t keep the kitchen clean, when 98 percent of us can’t,” said Lindsay Graham, 28, who runs Organizing Love, a Facebook group for people looking for advice and support. She said the “Clean with Me” genre appeals to many of her roughly 50,000 members: “To see that somebody that looks really great and has this great YouTube following can’t also keep their kitchen clean is so validating.”

Cleaning a house is tedious, hard work that is often derided. It’s usually left to women to shoulder in silence. These influencers validate and elevate the work that housekeepers do, reframing it as skilled physical labor that deserves respect. They dress for the occasion and offer techniques for how to, say, deftly clean out an overflow drain cover with a toothbrush. In one video, influencer Amanda Paige empties and deep cleans her refrigerator, then cheerfully demonstrates how to make a sheet-pan dinner.

The influencers show that there is money to be made filming yourself doing work that is generally dismissed. Ms. Tull launched her YouTube channel in 2017 as a way to make friends during a lonely and isolated period at home with small children, trapped in what she described as a “super toxic marriage.” The videos didn’t help her make local friends. Instead, she found a niche by showing her home at its worst and then restoring order.

Within six months she was making money doing an activity her then-husband dismissed. “My ex-husband laughed at me,” she said, telling her there was no way she could make a living cleaning the house on YouTube. “I ignored him. I said, you know what? I can do this. I don’t care what he thinks, I’m just going to keep on doing it.”

Now divorced and a single mother, Ms. Tull said she makes a six-figure salary, working more than 40 hours a week running the creative side of her business, including filming and editing the videos. She has a manager who handles the business end of running a YouTube channel.

Ms. Paige, whose channel “This Crazy Life” has close to 300,000 subscribers, runs the business with her husband, Kyle Paige. The couple earns enough money to support three sons in a 3,600-square-foot house in Utah. And Alexandra Beuter, 28, who lives in Michigan, spent about four years doing hair and makeup tutorials, as well as fashion and bridal videos, on her YouTube channel, but she didn’t start getting any traction until she started making “Clean with Me” videos in 2018. Now she has 320,000 subscribers. Operating the channel is a full-time job, demanding 50 to 55 hours a week.

Even with the success, Ms. Tull avoids telling people she meets what she does for a living, out of fear of judgment. “It’s the kind of career that people don’t take seriously,” she said. “People underestimate me when I tell them what I do. It’s like, ‘All you do is clean your house? It can’t be that hard.’ They don’t say that, but I get that vibe from them.”

Ms. Paige, 31, started her channel in 2017 to cope with postpartum depression after the birth of her youngest son. “It was just a really dark time,” she said. The YouTube channel “opened me up to a community of people. It helped me feel less lonely.”

Initially, her videos were “all over the place,” she said, with grocery shopping hauls and cooking tutorials mixed in with her cleaning videos. The cleaning marathons — where she aimed the camera at her dirty stovetop and scrubbed — resonated. She soon found a following and a community of other moms looking for affirmation and companionship. Being a stay-at-home parent is “super rewarding, but it is also a pretty difficult job,” she said. “A lot of the things you are doing are pretty monotonous.”

On YouTube, she discovered other women eagerly looking for someone to commiserate with about a filthy oven, or a living room overrun with toddler toys. “It’s nice to know that you’re not alone,” Ms. Paige said. And if you want to feel better about the sorry state of your kitchen, you can turn to Ms. Paige’s channel and watch her wrestle with hers. 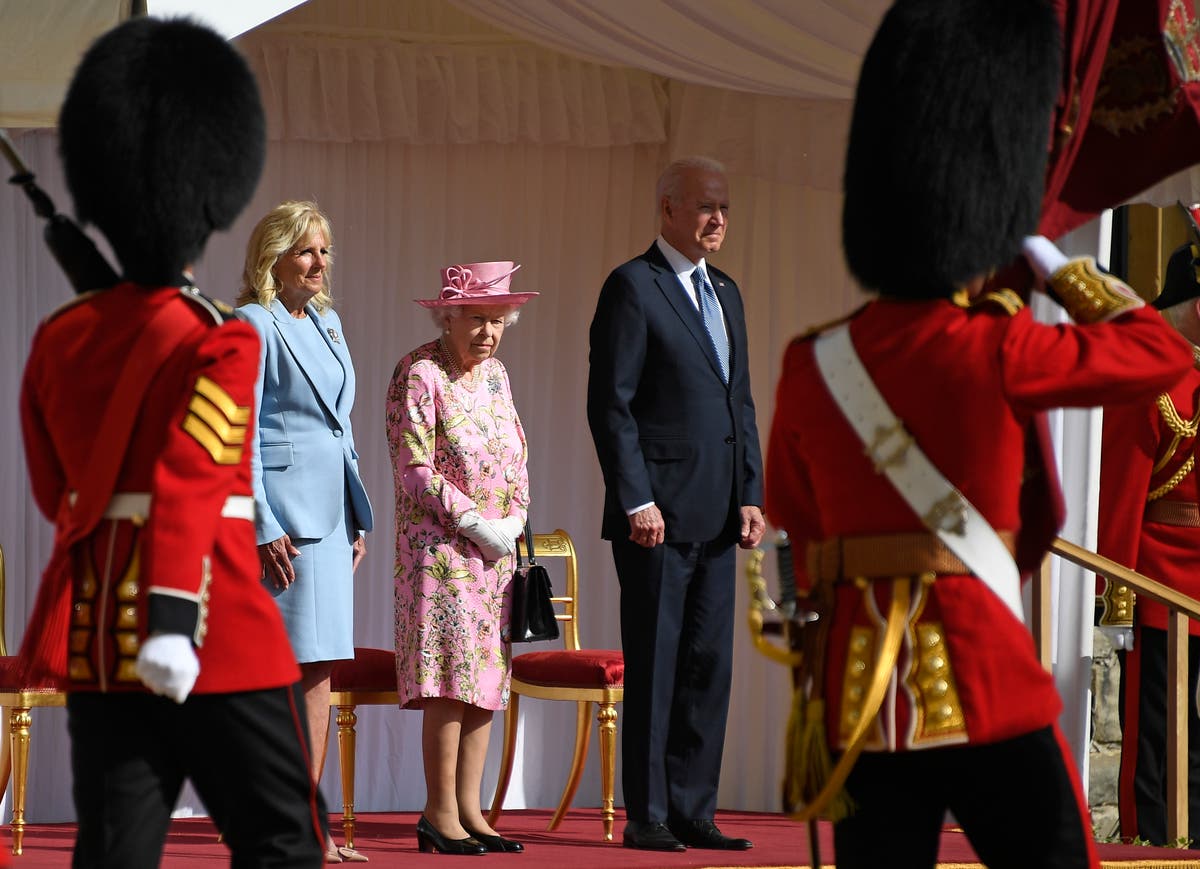 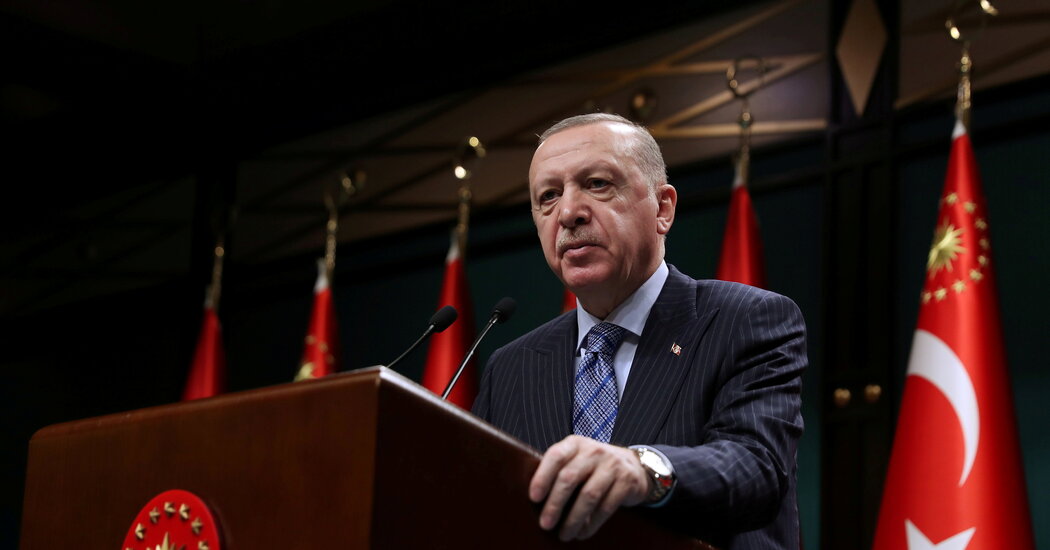 As Biden Meeting Nears, Erdogan Softens His Stance
10 mins ago

The Afflecks! The Amells! Celebrity Family Members Who Worked Together
12 mins ago