A 2018 report raised major red flags about the structural integrity of the Champlain Towers South, the Surfside condo building that partially collapsed this week, killing at least four and trapping another 159.

The engineer tasked to survey the building for its 40-year recertification found “abundant concrete cracking and spalling” as well as failed waterproofing below the pool deck that was causing “major structural damage” to the slab below the deck, entrance drive and planters, according to the report, which was made publicly available by the town of Surfside late Friday night. (For the full report, click here.)

In engineer Frank Morabito’s structural field survey report, dated October 2018, he wrote that the reinforced concrete slab that is not sloped downward to drain water was a “major error” in the original design of the building at 8777 Collins Avenue. Morabito points to original building plans prepared by William M. Friedman & Associates Architects and Breiterman Jurado & Associates, Consulting Engineers.

The northeast portion of the 12-story building closest to the pool deck – and the ocean – crumbled at about 1:30 a.m. Thursday morning. As of Saturday, officials said 120 were accounted for, as rescue efforts continued . A civil lawsuit was filed late Thursday by a unit owner who was not at the building at the time, seeking more than $5 million in damages for victims of the collapse.

The condo association’s lawyer, Donna Berger, told The Real Deal that the repairs were being paid for with a $12 million line of credit and an $8,000-per-unit special assessment for the new roof. The association had put out bids for concrete restoration work but had not begun construction.

The 2018 report found that due to the flat design, water was pooling instead of draining.

Until now, the most damning report released since the collapse was a Florida International University study that concluded last year that the Champlain Towers South had been sinking at about 2 millimeters a year in the 1990s, although the rate may have changed since then.

Morabito’s report stated that replacement of the waterproofing on the existing deck would be “extremely expensive” and would be a “major disturbance” to residents and guests in the building, but called it a “systemic issue” for the structure.

Morabito also submitted another report to the town at 5:35 p.m. Thursday – eight hours before the collapse – that pointed mainly to cracking and spalling at the plaza and pool. The report, which the town labeled as “unverified” and not officially allowed by the condo association, describes findings from an inspection completed from August to September 2018.

Prior to that, there were concrete patching and epoxy injections, which repair cracks, to the concrete slab that supports the pool and plaza above the garage – but it was “performed less than satisfactorily and needs to be completed again,” according to the report.

Parts of the outside masonry also had spalling and cracking, allowing water to penetrate inside the wall, with Morabito recommending repairs. Concrete under the pool showed signs of rebar corrosion, he added in the report.

Morabito determined that 2 percent of outside concrete columns had spalling and 8 percent of the garage and plaza slabs had concrete deterioration, mostly under or near the pool.

For this report, Morabito inspected 68 Champlain Towers South units, determining 3 percent had drywall cracking, although he went on to say this was not a structural issue.

It’s unclear if the problems identified in the report submitted on Thursday were completed. Only one recent notice of commencement shows work had started for the recertification: the re-roof, which began in April. 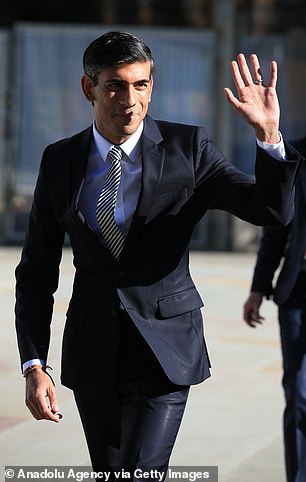 Treasury ‘warns of diminishing returns from green investment’
57 seconds ago

Liz Kingsman at Soho theatre review: do everything to get a ticket
5 mins ago

Liz Kingsman at Soho theatre review: do everything to get a ticket Most young people doubt they’ll get the State Pension: is it worth worrying? | Fool UK
7 mins ago

Most young people doubt they’ll get the State Pension: is it worth worrying? | Fool UK