Green Harbour Mansion is back on the market, at $8.4 million. For anyone who ever wanted to own their own island, this may not be the South Pacific but close enough. The mansion is situated on land on Lake George at Cooper’s Point. The owner, Ken Ermiger, died last year, according to the Albany Times Union. He developed the Depe Dene Resort along the shore of Lake George near the property.

The 14-bedroom, seven-bathroom, three-story mansion was built in 1913 for Frederick F. Peabody, a partner in the Troy shirt manufacturer Cluett, Peabody, and Company, and is being marketed by Nic Ketter, co-founder of Realize Brokers, a commercial real estate broker founded in June 2020 alongside Spencer Bray, a former pilot and licensed realtor. The property features the main mansion, a guest cottage, boathouse, and 33 rentable boats. The basement has been converted into two separate two-bedroom, one-bathroom seasonal rental units, and an additional four-bedroom, two-bathroom waterfront cottage has been added to the 3.3-acre property. The 33 boat slips brought in $164,360 in rent in 2021, according to the publication. The property features a total of 1,585 feet of lakefront.

The mansion was originally built in 1913 for Frederick F. Peabody, who at the time was a partner in the Troy shirt manufacturer Cluett, Peabody and Company. Peabody used his fortune from shirts to build the property, in addition to this property, an estate in Montecito, Calif. called Solana.

The island also has a variety of features perfect for summer living, such as a diving board, rope swing, rock waterfall, greenhouse, expansive patios, numerous balconies, and a sandy beach. Apart from the two two-bedroom rental units in the mansion basement, the property boasts a myriad of other revenue-generating possibilities.

In all, there are 20 bedrooms, 10 bathrooms, and 11,579 total square feet of accommodation, more than enough for any extended family and/or paying guest. 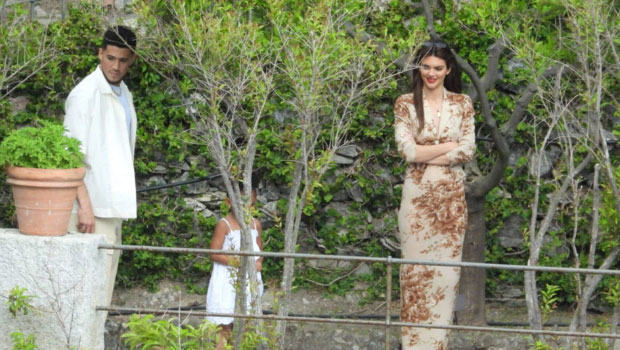