While President Biden’s campaign aspiration to provide $10,000 per-person in federal student-loan forgiveness remains elusive, other types of relief from education-related debt are available this year, and could have some benefits for home lending. However, in some cases the onus is mostly on consumers to pursue benefits, and the expected ramp up of regulatory actions, like Navient’s settlement to cancel of 70,000 student loans this week, can create a challenging environment in which to get information from companies servicing this type of debt.

Looser rules around Federal Housing Administration-insured loans, which now calculate income-adjusted payment deferments on a smaller percentage of individual student debt, became mandatory on Jan. 1. And the Biden administration’soverhaul of student loan forgiveness for those in public service could potentially help more than 550,000 people over time. The latter change aims to better define which full-time workers can get forgiveness once they’ve made 120 monthly payments, and includes a limited waiver that will temporarily allow some people in this category to consolidate multiple loan types. Eligible student loan borrowers seeking waivers must apply before Oct. 31.

Student loans are considered a major obstacle to homeownership for the population that currently dominates the workforce, according to a series of reports on U.S. millennials and homeownership by U.K. financial services firm Legal & General. More than one-third of college-educated people in this generation reported that student loans had an impact on their ability to buy a home that they considered either “strong” or “very strong.” The percentage in the “very strong” category was particularly high at 23%, and 26% of people in this category prioritize paying off their student loans over other forms of debt.

What’s available to date looks less likely to directly benefit a large number of would-be homebuyers in the short run, and could require some legwork on the consumer’s part. In the case of the forgiveness for public-service workers, student loan borrowers may need to be proactive and persistent in seeking out a waiver and getting written confirmation of forgiveness before trying to use it to lower debt-to-income ratios used in mortgage qualification, lending experts said. State officials involved in the Navient settlement said affected student loan borrowers will automatically receive checks in the mail, but it wasn’t clear at deadline how easy it would be to obtain written proof of loan cancellation.

“If we know that your student loan is going to be forgiven in the future, that’s tough to use to qualify, because banks are going to rely on what they know today,” said Melissa Cohn, executive mortgage banker at William Raveis Mortgage, in an interview. “The bottom line is unless a borrower has something in writing saying they don’t have to make a student loan payment, it still has to be considered.”’

Getting something in writing is do-able, but the student loan servicing industry has lost four players recently, including Navient, due in part to regulatory concerns. That could result in some transfers that could complicate access to information mortgage lenders need about applicants’ education-related debt.

Existing student loan servicers are prepared to assist, but mortgage applicants may want to keep records related to their education-related debt at hand to reduce the time it might otherwise take to produce the information housing-finance companies will need, said Brittany Hummel, head of service delivery for the consumer finance business sector at Wipro Opus Risk Solutions, in an interview. Her company provides subservicing for student loans and mortgages.

“I encourage borrowers to educate themselves about their student loan,” Hummel said, noting that forgiveness or other relief available will depend on the type they have. “Get your documents in order. If your servicer is leaving, find out which one your loan was converted to and pull your payment history so you have it.”

That advice also applies to borrowers who have the federal student-loan forbearance recently extended until May, Hummel said. Because this type of forbearance was automatically applied to certain federal student loans under the CARES Act, many still have it. Borrowers should be familiar with its terms because they’ll need to examine their options for repayment when it expires. Student loan borrowers also might want to consider whether opting out forbearance would be the right choice for them.

Some student loan borrowers with forbearance aren’t charged interest. That could open up an opportunity if they’re comfortable making some payments while still enrolled in a plan. This could accelerate the paydown of a student loan and potentially improve a borrower’s mortgage qualifications sooner, because the full payment would go to principal in that instance, said Hummel.

And student-loan borrowers in forbearance can still apply for a mortgage that will be based on their long-term ability-to-repay, said Paul Buege, president and chief operating officer at home lender Inlanta Mortgage.

“Even though they are relieved for a moment through deferment or forbearance, we’re still calculating a place-holder payment,” Buege said in an interview. “It does make a lot of sense, because I think we all know that, more than likely, when this all comes to an end, everyone’s going to have to start making their payments again.”

While the possibility of more aggressive and widespread forgiveness still exists, Buege — like Cohn — warned student-loan borrowers not to count on it.

“There are hopeful people that are saying that maybe the government is going to relieve more student debt, but I’m not one to pontificate on the politics of that, and we can’t forecast the future. So what we [mortgage lenders] are trying to do as a community is just be very reasonable,” Buege said. 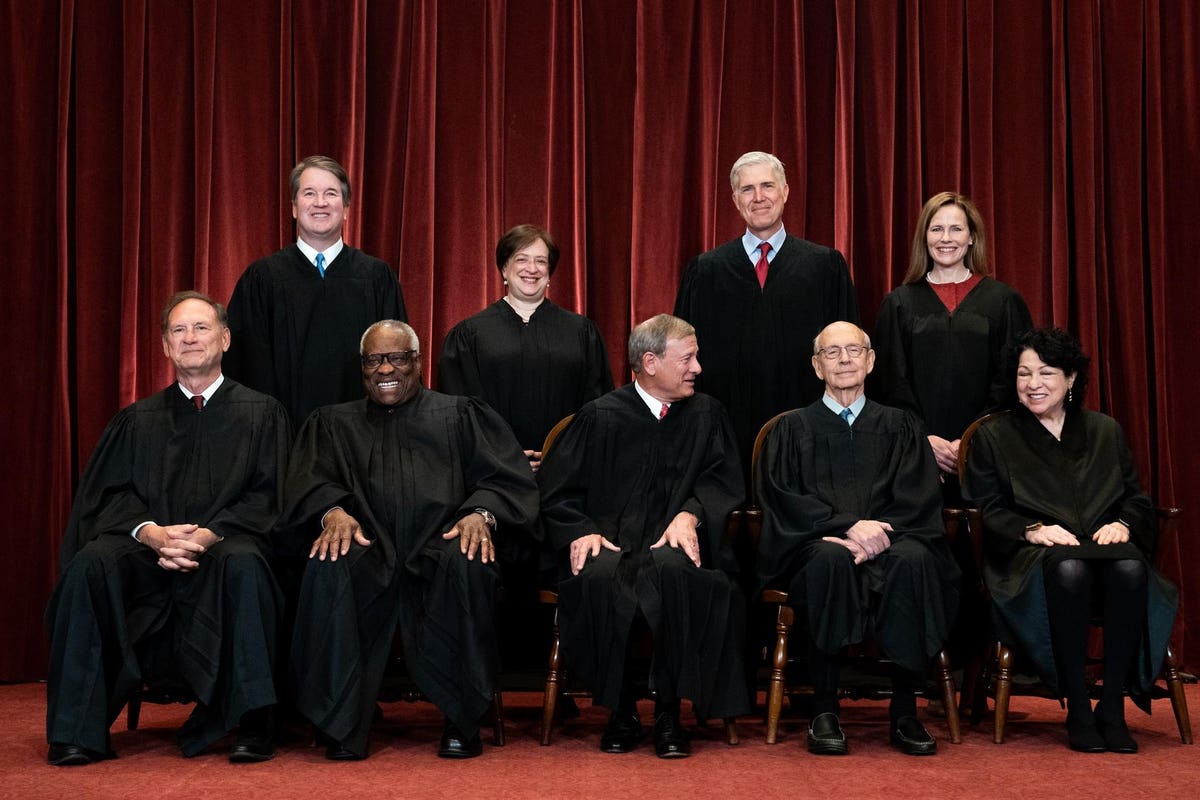 Mutual Fund Fees, Politicians, Lawyers And The Scorekeepers
45 seconds ago 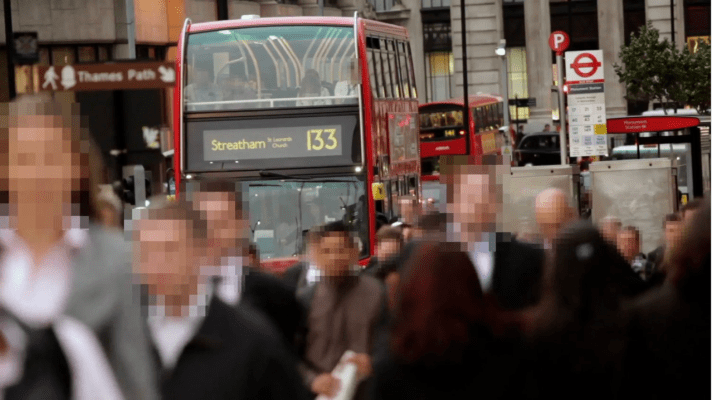 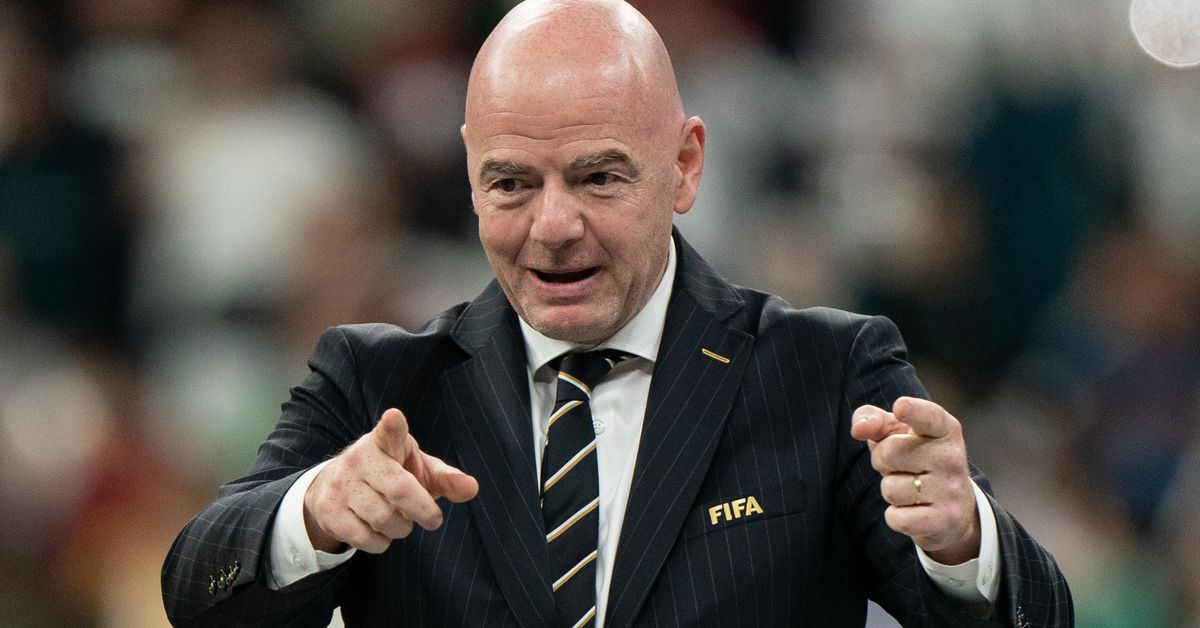 FIFA’s president thinks soccer can solve the world’s problems using the power of racism!
4 mins ago