Wild conspiracy theories have emerged about how Dan Andrews suffered his serious back injury that saw him step down as Victorian Premier.

Before the state Labor leader slipped down stairs at his holiday house on the Mornington Peninsula on March 9, breaking several ribs and suffering a badly damaged spin, he was one of the most prominent politicians in not just Victoria, but Australia.

The 48-year-old’s profile had grown exponentially after spending 112 days through Victoria’s lockdown doing a daily press briefing, which were broadcast across the nation amid the longest and harshest restrictions in the world as the state battled a second-wave Covid outbreak that killed more than 800.

But in the two months since handing over the reigns to Acting Premier James Merlino, there have been just two social media posts since his fall – and it’s that lack of communication with the electorate that’s fuelling a number of false conspiracy theories about how he really suffered his injuries.

The first post showed him stepping out of bed during his stay in hospital, while the second showed him at home with his teenage daughter Grace on April 18th.

And that’s it. All other media announcements have been on Twitter with text posts or through Mr Merlino.

But filling the void are the conspiracy theories that suggest his fall wasn’t an accident, but something more nefarious – with some even claiming the image showing his recovery has been doctored.

‘I heard you had your head bashed in by people after what you did to the people of Victoria. That is why you hired Photoshop artists to put your head on somebody else’s body,’ one person claimed on Andrews’ last Instagram photo. Andrews was hospitalised on March 9 and spent 10 days in hospital. This is one of just two pictures the usually prominent politician has appeared in since the accident Conspiracy theorists falsely allege a number of alternative causes to his injuries, one which claims the Belt and Road Deal his government signed with China – which has since been disbanded – angered Victorian businesses and led to someone acting out against him.

Others claim Andrews’ handing of the hotel quarantine to a private security company, which ended in a disastrous outbreak and prolonged lockdown in the second half of 2020, saw him become a target.

Other conspiracists even falsely claim Andrews was attacked at the party held by a prominent Australian businessman.

‘Start telling the truth as to why you were pushed when… you were at the party,’ one person replied to Andrews’ Instagram post.

‘How’s that Belt and Road Deal, Dan? Selling us out to the commies. Who pushed you down those stairs?’ another wrote.

There are several comments suggesting the image of Mr Andrews and his daughter is Photoshopped, claiming the black and white filter hides ‘inconsistencies’ like bruises. However, in reality, Andrews’ suffered serious injures that require months of painstaking recovery. He suffered at least five broken ribs and an acute compression fracture of the T7 vertebra in his spine.

Since being released from hospital on March 15, he has been recovering at home.

‘I landed flat on my back and hit the steps hard directly below the shoulder blades fracturing at least five ribs and sustaining an acute compression fracture of the T7 vertebra,’ he said in a statement following the incident.

‘I narrowly avoided permanent damage to my spinal cord.

‘These are serious injuries that require me to wear a brace throughout each day except when sleeping.

‘My doctors also want me to get rest and undertake a comprehensive program of physiotherapy.

‘That’s why I will take a leave of absence from my duties for at least six weeks.

‘It’s important that I take this rest and recovery seriously.’

Later he revealed that a trauma specialist told his wife that he should purchase a Lotto ticket he was so lucky to avoid a life-altering injury.

‘I’m not sure about the Tattslotto ticket but I’m certain that with rest, continued high quality care and the support of family, friends, colleagues and the Victorian community, I’ll be back doing the job I love as soon as possible,’ Andrews said. Deputy Premier James Merlino provided an update on his condition last week saying he was planning to return to work in June.

‘He’s up and about, so I’m really pleased with his progress. There’s still quite a way to go but he’s doing very well,’ he told reporters.

‘We’re on track for a June return, that’ll obviously be subject to doctor’s advice.’ * People infected in the outbreak have the B1617 strain of the virus, first identified in India, which authorities believe could be 50 per cent more transmissible than other variants.

* The federal government has confirmed it will not provide any financial support to businesses affected by the lockdown, which is expected to deliver a $2.5 billion hit to the Victorian economy.

* Opposition leader Anthony Albanese said given the government had ‘failed dismally’ to protect Victoria, it must introduce financial support for people during the lockdown – the first without the JobKeeper scheme.

* A record number of people have lined up for COVID tests in Victoria, with 56,000 administered in the 24 hours to Saturday morning. Health workers also administered 21,626 jabs.

* The highest number of vaccines in one day (14,190) were also administered by NSW Health, 5357 of them at the Sydney Olympic Park hub.

* The AFL is working through contingency plans for a rejigged round 12, with the Richmond-Essendon ‘Dreamtime at the G’ match expected to be in Perth.

* Melbourne Storm have shifted their next home game to Queensland, while NRL boss Peter V’landys says the opening State of Origin match is unlikely to go ahead at the MCG.

* Australia has reported five new virus cases on Saturday, all in Victoria.

* There have been at least five new overseas-acquired cases in hotel quarantine: two in Victoria and one each in Queensland, NSW and the Northern Territory.

Data current as of 1700 AEST on May 29, taking in federal and state/territory government updates and Johns Hopkins Coronavirus Resource Centre figures.

A series of anti-lockdown protestors could be jailed for up to six months following wild scenes in the heart of Melbourne on Saturday – as it’s revealed face masks will be extended beyond the state’s seven-day lockdown.

Victoria Police made 14 arrests and issued 55 penalty notices worth $1652 each after 150 people gathered in the CBD to protest against the state’s latest shutdown. In a separate extraordinary incident, a 62-year-old woman is facing a prison term after allegedly attempting to bite a police officer.

She was charged with assaulting an emergency worker, resisting police and breaching the chief health officer’s directives.

Harrison Mclean, from Bayswater in Melbourne’s east, was one of the protestors issued a $1652 fine for failing to follow the chief health officer’s directives.

He declared it was a ‘disgrace’ the state had been plunged into yet another lockdown.

The anti-lockdown rally comes as it’s revealed wearing face masks and other restrictions could be extended well beyond the seven-day lockdown in Victoria.

On Saturday, Health Minister Martin Foley said he was confident authorities were bringing the outbreak under control – but refused to speculate on an extended lockdown.

‘We do not know what is in store in the next 24 hours but are making exceptional progress in terms of contact tracing and we are, I think, getting close on the heels of this outbreak,’ Mr Foley said. Face masks will likely be extended beyond the state’s seven-day lockdown. A woman wears a face mask in Melbourne on Thursday However, the Sunday Herald Sun reported that mandatory masks in indoor spaces will likely remain when lockdown concludes on Thursday as part of an ‘insurance policy’.

The government will look to discuss new density limits for indoor dining and other venues this week.

Whether students will return to the classroom will also be on the agenda – but this will be determined by the number of local Covid cases recorded during the week.

And finally on Sunday, the Andrews government is expected to announce a multimillion dollar compensation scheme for businesses, with some crippled by the latest enforced lockdown.

Victoria recorded five new local cases of coronavirus on Saturday as the state entered its second day of lockdown. Several protestors, who are understood to be Covid sceptics and anti-vaxxers, were intercepted by Victorian Police on horseback on Saturday afternoon

Joanna Lumley Believes Some People Overplay Mental Health Issues: ‘It’s What Being Human Is’
5 seconds ago 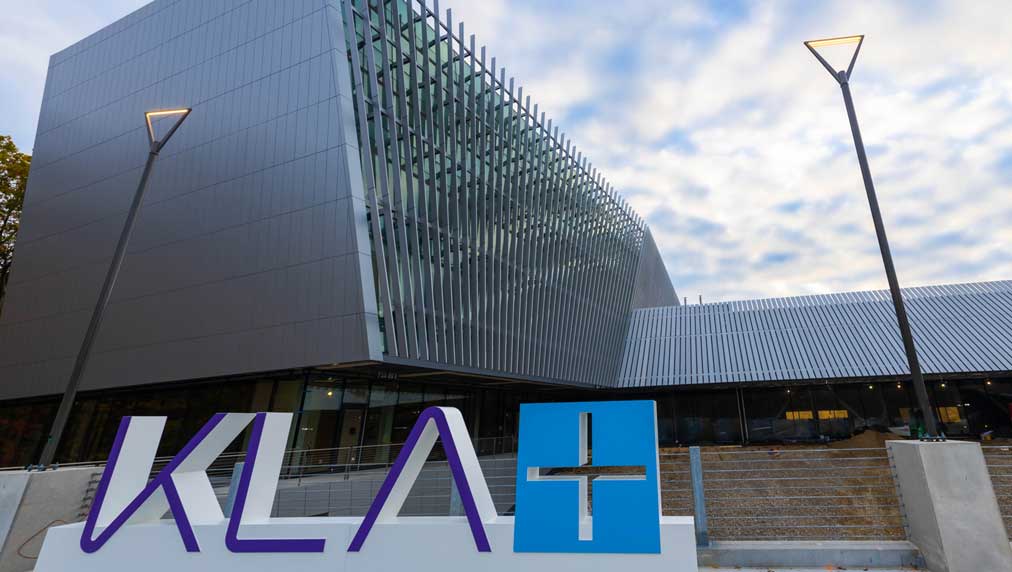 KLA Is Latest Chip Gear Firm To Disappoint With Its Outlook

This FTSE 250 penny stock was yesterday’s biggest gainer. Here’s why – The Motley Fool UK
8 mins ago 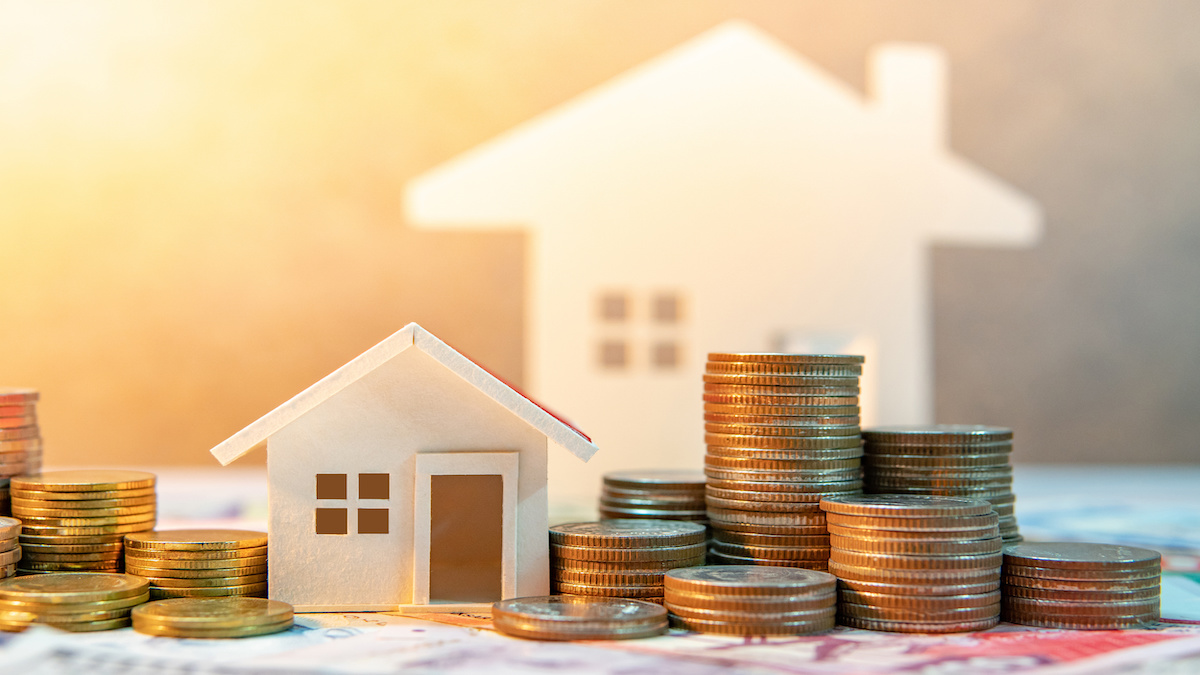 Opinion: The changing landscape of the IMB – HousingWire
9 mins ago

Opinion: The changing landscape of the IMB – HousingWire