Strictly Come Dancing fans have been left in stitches after a friend of John Whaite reacted to his and Johannes Radebe’s performance.

The dance prompted extremely positive comments from the judges, winning the pair a score of 38 and topping the leader board.

After the pair had danced, however, they had even more exciting feedback from the a friend at John’s local pub via a video link.

Among them was Shirley who had been a dinner lady that made John remove his fake tan with a scourer when he was younger.

When Claudia Winkleman asked Shirley what she thought of the performance, she answered: “Oh my God, it was so amazing!

Shirley awarded the performance 11s which were written on two bowls.

John looked shocked before Shirley added while fanning herself: “…with the sweat”.

Shirley then referred to the pair as the “dream team” as it was clear how much support they both had.

Naturally, the comment from Shirley and the initial pause caused much amusement online who took to social media to share their thoughts.

One Strictly Come Dancing fan wrote on Twitter : “did I really just hear someone say “I’m wet” on tv”

A different viewer penned: ” #Strictly Ok I think she meant wet with sweat. But it was still funny”.

“The rest of the show has just been over shadowed for me by the “I’m wet” comment. Can’t stop laughing,” wrote another viewer.

Meanwhile, another viewer commented: “If you did a shot for every innuendo tonight you’d be dead even before the woman yelled “I’m wet” on live TV. #strictly “.

Elsewhere, one BBC One viewer wrote: “Are you allowed to be wet before the watershed? #Strictly “.

What did you think of John and Johannes’ dance on Strictly Come Dancing? Let us know in he comments below. 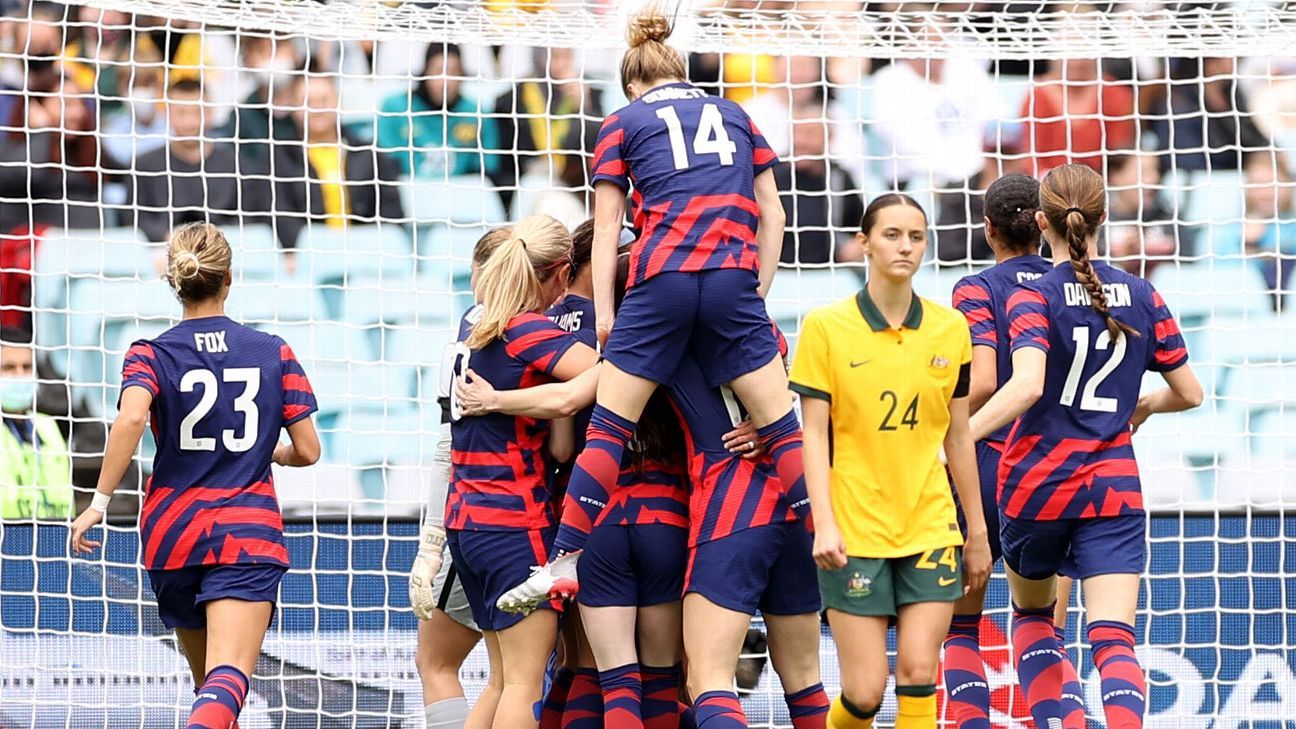 A tale of two debutants: USWNT rout puts spotlight on Australia’s lack of depth
12 mins ago