For Donald Trump, the 2020 US presidential election has evolved into a political reality show, starring himself and based on his unending denial of reality. Last Saturday he launched the most public phase of his attempt to challenge the truth by conducting his first rally since leaving the Oval Office. Several thousand cheering supporters gathered in a fairground near Cleveland for a 97-minute oration on how it couldn’t be possible that he lost eight months ago and why the administration of his successor, Joe Biden, is “a complete and total catastrophe”.

ver since the night of the election, when he disputed results showing he was losing (“This is a fraud on the American public… Frankly, we did win this election”), Trump has never wavered in claiming that victory was stolen from him.

What is fascinating about a Trump performance is his obsession with the alternative reality that he has created about himself and how he envisions his destiny. It’s not so much that he is a sore loser; it’s that the experience of defeat doesn’t exist for him.

The tease of running a third time — when he would be 78, the same age as Biden now — animates Trump’s loyal supporters. He doesn’t miss a chance to trumpet the fact he received 11 million more votes last year than in 2016. Biden’s much larger share of the popular vote (by a margin of seven million) as well as his 78-vote Electoral College advantage never merit a mention.

Trump’s return to mass gatherings — another is scheduled for tonight in Florida — follows multiple attempts to overturn the results of the 2020 election. How far does this potentially destructive daydreaming go?

In late May, Michael Flynn, a retired lieutenant general who served as Trump’s first national security adviser, told followers of the QAnon conspiracy at a Texas conference that a coup takeover similar to the one that occurred in Myanmar “should happen here”. (He later denied advocating such a course of action).

With talk of a military takeover on the airwaves of Trump-friendly outlets, the next step became chatter that the former president would be reinstated next month. Trump himself pushed this twilight-zone rumour, assuring anyone who would listen of his readiness to serve again.

This is the stuff of cloud-cuckoo land, yet it captures the mindset of someone who still enjoys considerable allegiance and power. A Monmouth University opinion poll released in late June found that 63pc of self-described Republicans and those leaning towards that party “believe Biden won only because of voter fraud”, with 29pc of that group saying “they will never accept Biden as president”. (It found a total of 32pc of all Americans think voter fraud helped put Trump’s opponent in the White House.)

Those numbers are a testament to the influence of the ex-president’s unrelenting repetition that the 2020 election was “rigged” and that he did not really suffer a drubbing at the polls. They also reflect Trump’s hammerlock hold on the Republican Party.

Since he entered the White House in early 2017, Trump has been the leader of a party that has lost the presidency, the House of Representatives and the Senate. With that record, you might think Republicans would be casting about for someone else to serve as the face and voice of the party.

If there is a search for a new chieftain, it is taking place out of public view. In fact, Trump has made fidelity to his falsehood about the 2020 outcome his litmus test for endorsing other Republican hopefuls.

There is no middle ground in Trumpian calculations. It comes down to: are you for me, or are you against me?

This situation, which many observers see as similar to a cult of personality, means that close to 100pc of Republicans, especially those in Washington, accept — if not believe — what Trump wrote as a blog post on May 3: “The Fraudulent Presidential Election of 2020 will be, from this day forth, known as THE BIG LIE!”

Turning what is often called his “big lie” about the election into “THE BIG LIE” that was perpetrated by others on him is one example of his verbal jiu-jitsu. At the recent Ohio rally, he did it again by saying: “Remember: I’m not the one trying to undermine American democracy. I’m the one that’s trying to save American democracy.”

Supporters of former President Donald Trump wait for the start of a rally at the Lorain County Fairgrounds in Wellington, Ohio last weekend

Supporters of former President Donald Trump wait for the start of a rally at the Lorain County Fairgrounds in Wellington, Ohio last weekend

He is quick to pick up the cudgels against any Republican with the temerity to criticise his conduct.

The Republicans in Congress who voted either to impeach or convict Trump — 17 in all — are perpetually in his crosshairs, and he is scheduling future rallies in their districts or states to denounce them and promote his hand-picked successors.

When called to the stage to speak, Miller shouted words the former president relishes hearing: “There is no greater fighter that this country has ever had, and I have never had a greater role model than President Donald J Trump.”

Some political commentators call Trump’s strategically selected sites for personal appearances his “revenge tour”. He is seeking to remove some senators, such as Lisa Murkowski (Alaska) and Mitt Romney (Utah), as well as such representatives as Liz Cheney (Wyoming) and Adam Kinzinger (Illinois).

A strange political dynamic now animates the Trumpian — and overwhelmingly dominant — portion of the Republican Party. The former president’s detestation of opposition or criticism engenders fear in party officeholders or aspirants. These partisan-minded public servants are not only afraid of him but also fearful of the Trump-inspired activists they need to win their elections.

The principal questions hovering above both America’s contemporary political reality and the delusion-driven alternative are: how long can a single individual hold sway over an entire party, and what will it take to end his spell?

The mid-term elections in November next year will be a critical indicator of where Trump and the Republicans stand at the halfway mark of the Biden administration. Should the Republicans wrest control of both houses of Congress and favourites of the former president prevail, that could position Trump to try to do something achieved only once in US history. Late in the 19th century, Grover Cleveland, a Democrat, sought the presidency three times. He won in 1884 and 1892, but lost the middle contest in 1888.

Before next year’s mid-term campaign begins in earnest, however, Trump is certain to face a slew of court cases directed at his business operations and his own actions as president. Many think the indictments of the Trump Organization by a New York grand jury announced at the end of this week are just the beginning of this legal woes. So far, he has rejected the prospect of any charges against him as the continuation of the “witch hunt”, which he claims he has endured since he entered the political arena.

The prospect of lengthy legal proceedings might well cloud the coming years, but of more immediate relevance is the onslaught of insider books from well-known Washington journalists due to appear in coming months. The impact of what are promised to be “you’ll never believe this” disclosures could make Americans, including some Trump loyalists, shake their heads and wonder about a White House return.

Two of the suggestive titles are: I Alone Can Fix It: Donald J Trump’s Catastrophic Final Year or ‘Frankly, We Did Win This Election’: The Inside Story of How Trump Lost. Another volume awaited with genuine curiosity is the chronicle being co-written by Washington Post stalwarts Bob Woodward of Watergate fame and Robert Costa.

This past week an extract in The Atlantic from Jonathan Karl’s forthcoming account, Betrayal, raised eyebrows with its revelations about former attorney-general William Barr’s expletive-laden break-up with Trump over Barr’s insistence that the recent election was not stolen or rigged or fraudulent.

Barr, who stretched boundaries of the Justice Department to accommodate and protect Trump from early 2019 through most of 2020, was on the receiving end of his former boss’s wrath shortly after the scoop hit the magazine’s website. Claiming Barr “failed to investigate election fraud and really let down the America people”, Trump concluded his lengthy statement with the main thematic thrust of his new reality show: “Bill Barr’s weakness helped facilitate the cover-up of the Crime of the Century, the Rigged 2020 Presidential Election!”

Will revelations about all the frantic White House post-election manoeuvres, ultimately culminating in the Washington insurrection of January 6, weaken Trump’s standing as his party’s dominant figure? At this point nobody knows — and the negative, behind-closed-doors stories no doubt will be branded as “fake news”.

The most important Republicans to watch ahead of next year’s mid-term contests are the White House wannabes who are frozen in Trump’s shadow and afraid that any sign of personal ambition will provoke his president’s fury.

When Florida governor Ron DeSantis edged out Trump (74pc to 71pc) in a recent poll testing the appeal of possible 2024 contenders, speculation began to grow about how the proprietor of the Mar-a-Lago Club in Florida might respond.

DeSantis, though, isn’t alone in longing for America’s highest political office. Two former ranking members of the Trump administration — former vice-president Mike Pence and Mike Pompeo, Trump’s secretary of state—harbour presidential aspirations. So do at least a dozen or so Republican senators and governors.

If Trump decides to make a third run, it’s difficult to imagine that other Republican hopefuls will bank their aspirations until 2028. Languishing on the sidelines would be unacceptable for many of them. But in US politics, 2024 or 2028 qualify as light years away. In the here and now, Trump will pursue his fictional triumph wherever and however he can. Believe it or not, he’s encouraging a dubiously conducted recount of ballots in Arizona as well as other questionable measures to audit votes in states where he lost by small margins.

When he defeated Hillary Clinton in 2016, Trump won the states of Michigan, Wisconsin and Pennsylvania by a combined total of 77,744 popular votes. Those three states put him over the top in the Electoral College count. In 2020, Biden prevailed in Georgia, Arizona and Wisconsin by just 42,918 votes, yet that trio of states was enough for his victory.

Last week on CNN, Romney, the Republican candidate for president in 2012, compared Trump’s rallies and media appearances to professional wrestling, saying: “It’s entertaining, but it’s not real… I think people recognise that it’s a lot of show and bombast, but it’s going nowhere. The election is over.”

For Trump and his movement, the 2020 election will never be over, and it will forever be the crime of the century. Others might call what’s happening a case of “unrealpolitik”, but his new reality show is set and ready to barnstorm the country and animate the airwaves. The showman-in-chief is back.

Robert Schmuhl is professor emeritus of American Studies at the University of Notre Dame and adjunct professor at Dublin City University. He is the author of ‘The Glory and the Burden: The American Presidency from FDR to Trump’ 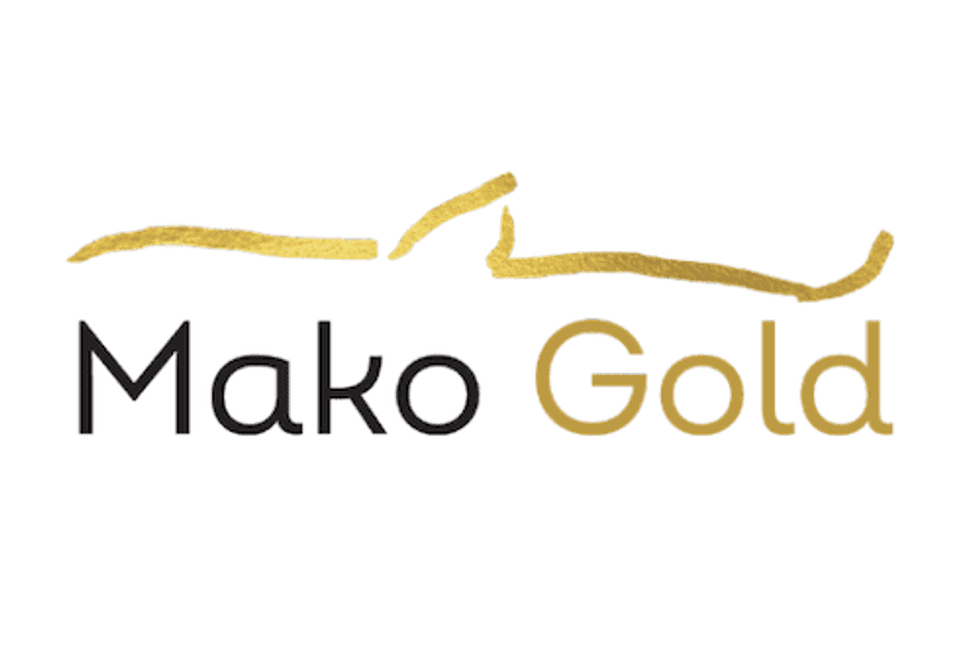 Faith No More asked “What… Is… IT?” LaMelo Ball is Exhibit A of what ‘IT’ is
5 mins ago