Official guidance from No10’s top scientists says Britons should wait for between eight and 12 weeks between doses to get the maximum protection.

But yesterday the Science Museum’s walk-in vaccination centre began offering second doses to anyone who’d been jabbed more than three weeks prior.

There have also been similar reports at the temporary jab hub at the Emirates Stadium in North London.

Damien Stanton, an assistant stage manager at the West End’s Theatre Support Fund, said: ‘About to be jabbed at the Science Museum – had my first dose of Pfizer on May 29. It’s quite busy but you can absolutely walk in today.’

And Rupert Myers, a barrister for the East Anglian Chambers, said: ‘More than three weeks after my first jab I’m back at the Science Museum for a second Pfizer. Walked in with no appointment.’

One of No10’s leading vaccine advisers, Professor Anthony Harnden, told MailOnline that the priority was to get as many second doses in arms as possible.

He appeared to have no qualms with vaccine centres going against official guidance so long as the doses were spaced out by at least three weeks with Pfizer’s and eight weeks with AstraZeneca’s.

Pop-up vaccination centres at London’s Emirates Stadium (pictured) and the Science Museum have offered early second doses of the Pfizer vaccine to walk-ins. One in five adults or eight million people are still waiting for a first dose Early were offered as part of the NHS ‘grab-a-jab’ weekend which aimed to get first doses to more Britons amid the spread of the Indian variant. Pictured above were the vaccination sites where early second doses were reportedly administered Government scientists said earlier this year that all adults should get their second vaccine 12 weeks after their first.

However, over-40s are now able to get their jabs after eight weeks, in a move to combat the quickly spreading Indian variant.

Professor Harnden, deputy chair of the Joint Committee on Vaccination and Immunisation (JCVI), told MailOnline: ‘For Pfizer the MHRA (Britain’s medical regulator) approval allows a second dose to be given from three weeks, although our current recommendation is still to get as many adults vaccinated as possible with their first dose.

‘It remains very important that every adult takes up the vaccination when offered and we encourage reaching out to all unvaccinated people to date, in order that we increase our already very high national coverage rates.’

When should I get my second dose?

The Government’s top scientists say everyone under the age of 40 should wait 12 weeks before getting their second dose.

But they have fast-tracked jabs for the people over that age, who can now book their second dose of either Pfizer or AstraZeneca eight weeks after their first – to protect them from the rapidly spreading Indian variant.

Professor Anthony Harnden, who helped design the jabs priority list, said he wouldn’t recommend getting the second dose of the AstraZeneca vaccine sooner than eight weeks after the first.

But he added the second dose of the Pfizer jab can be given from three to 12 weeks after the first dose.

Numerous studies have suggested that both the Pfizer and AstraZeneca jabs are more effective after a longer period between doses.

Second doses can be booked online with the NHS, or received at walk-in clinics.

There are around eight million adults in Britain who are yet to receive their first dose.

The NHS, on the other hand, said vaccine centres should still be following official guidance.

A spokesperson said: ‘NHS operational guidance is clear that second doses should be offered from eight weeks to ensure maximum protection, and this is in line with JCVI and government advice for people aged 40 and over.

‘The NHS is also proactively contacting those who are eligible to bring forward their jab.’

The Covid vaccines were originally approved by Britain’s drugs watchdog to be deployed three weeks apart because trials looked at how effective they were after 21 days.

But experts advising the Government on the national rollout pushed back the dosing schedule to 12 weeks to prioritise getting as many first jabs into arms as possible.

Studies since have shown that the jabs give higher protection when delivered sometime between eight and 12 weeks.

Several Londoners took to Twitter to reveal the Science Museum’s vaccination centre in Kensington was administering early second doses over the weekend.

When asked by a friend whether they could get them earlier than eight weeks after the first dose, they replied: ‘Yes after 21 days!’

There have also been reports the Emirates Stadium in Islington has been handing out early second doses.

One person who went for a vaccine there, who didn’t wish to be named, said they got their second dose of the Pfizer jab 22 days after their first.

Professor Harnden told MailOnline: ‘The JCVI wishes as many people to get their second dose of vaccine as possible.

‘We have currently brought forward the second dose to eight weeks for all those over-40.’

The early second doses were given out during NHS England’s ‘grab-a-jab’ weekend, which opened hundreds of vaccination centres across the country to walk-in appointments. Pictured above is the vaccination centre at the Emirates Stadium, London

A source said the NHS vaccinates in line with JCVI guidance, which would see only over-40s able to get their second jab after eight weeks. But younger age groups should wait 12 weeks.

The vaccination drive was opened to over-18s more than a week ago, but so far only a quarter have received their first dose.

Overall about one in five adults in the country — 8million people — are yet to receive their first dose of the vaccine.

London has lagged behind other parts of the country with its vaccine roll-out, and there is now a concerted drive in the NHS to ensure everyone gets their second dose.

The paper published in May but not peer reviewed looked at 175 people aged between 80 and 99 who had received the Pfizer jab.

‘Our study demonstrates that peak antibody response after the second Pfizer vaccine are markedly enhanced in older people when this is delayed to 12 weeks, said Helen Parry, the study’s author.

And a separate study from the University of East Anglia earlier this year appeared to vindicate the Government’s strategy.

It found that Pfizer’s jab triggered immunity against the virus in 90 per cent of cases just three weeks after the first dose and before the second had been administered.

But some medical bodies have raised concern about the long gap between doses, and urged the Government to limit this to 12 weeks.

Pfizer did not support the move, saying there was ‘no data’ to support an extension of the gap between doses. But it also did not criticise the decision.

In January, the British Medical Journal called for the gap to be halved to six weeks. 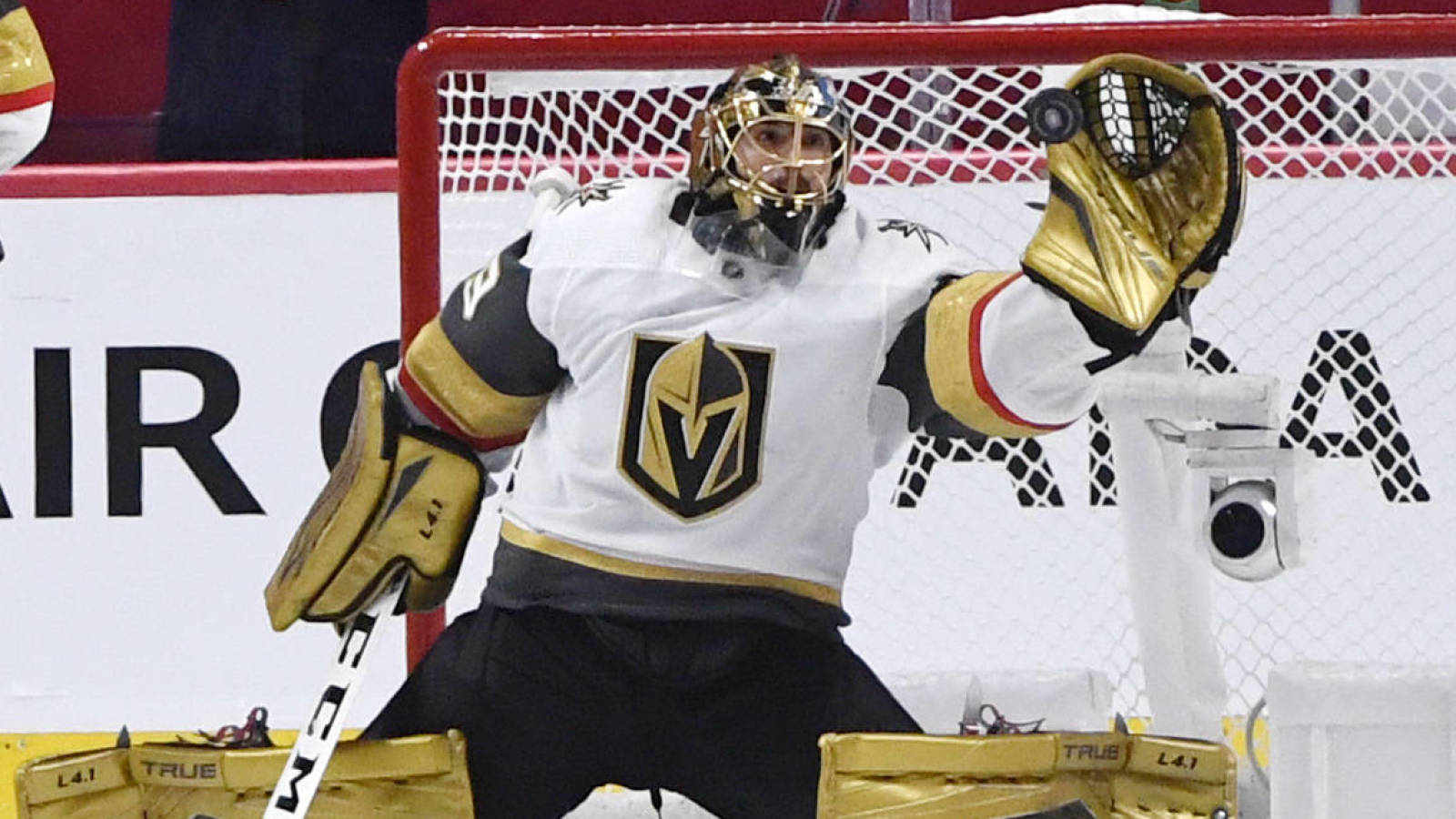 Marc-Andre Fleury intends to play for Blackhawks this season 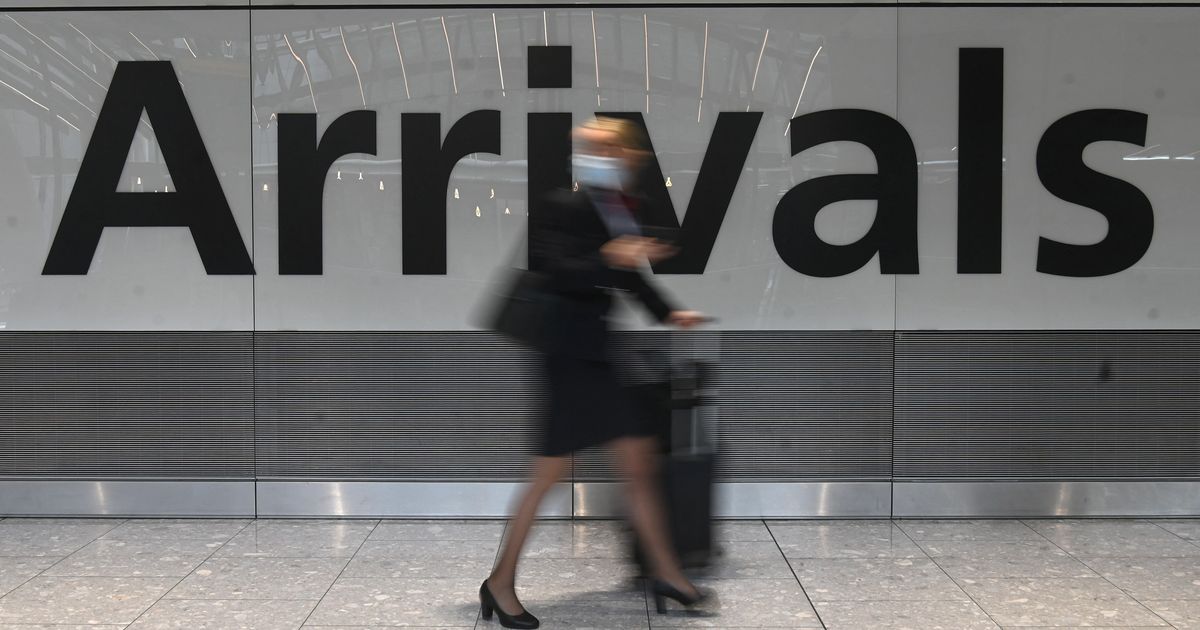 90 Day Fiancé is coming to the UK, and they’re looking for applicants – here’s what we know so far (and how to apply!)
4 mins ago

90 Day Fiancé is coming to the UK, and they’re looking for applicants – here’s what we know so far (and how to apply!)