Jacob Rees-Mogg has been accused of unveiling a Brexit “gimmick” – a quarterly dashboard of reformed EU laws – which will “do nothing to address the real challenges that the public face today”.

The Brexit opportunities minister sought to claim the new digital publication would usher in a “British-style revolution”, pointing to regulations on vacuum cleaners as he spoke of the need to “ultimately grow the economy and cut the cost of living”.

Labour frontbencher Stephen Doughty called it “quite extraordinary” for the government to introduce what “simply appears to be a vanity project” on the day that inflation topped a 40-year high of 9.1 per cent.

Earlier at PMQs, Boris Johnson failed to deny he offered his then-lover Carrie Symonds a top job while foreign secretary, ducking the question when challenged in the Commons.

Shortly afterwards, justice secretary Dominic Raab proposed a new Bill of Rights which will allow the government to ignore interim rulings from a European court and potentially make it easier to deport foreign offenders.

The benefit system in the UK is “very generous”, with people getting £24,000 a year for working 16 hours a week, according to the Conservative MP who recently claimed there was no “massive use” for food banks in Britain and suggested people “can make a meal for about 30p a day”.

Lee Anderson told MPs: “The answer the Labour Party had when all these people were stuck on 16-hour jobs, and we couldn’t get them to work a full-time job, was simple, their answer was simple. Open the floodgates, you know, import cheap labour, import cheap foreign labour, which is what happened.

Mr Anderson insisted “our benefit system is very generous in the UK”, saying that a single parent in Ashfield, with two children, working 16 hours a week on the living wage, would get £18,000 a year in universal credit and another £6,000 or £7,000 in wages.

Challenged by SNP work and pensions spokeswoman Kirsty Blackman on how the system compares to “significantly more generous” systems across the EU, the Ashfield MP replied: “I’ll tell you what is generous … is a single parent like I was, or my friend was all those years ago, getting £24,000 a year for working 16 hours a week.”

Oepning the second reading debate on the government’s bill to provide £650 for people on certain benefits and £150 for those on certain disability benefits, work and pensions secretary Therese Coffey said the bill would “boost the budgets of millions of stretched families” during the cost of living crisis.

But her opposite number Jonathan Ashworth branded the government’s measures a “short-term sticking plaster”.

Labour “do not intend to divide the House”, he said, but added: “The message I am hearing up and down the country couldn’t be clearer, these are the toughest times anyone can remember for many of our constituents.

“More than a decade of underwhelming economic growth has meant that today we have the cost of living sky rocketing. Pay packets failing to keep pace with inflation. By next April wages will be worth £2,000 less in real terms than 2020. Real pay in the UK falling at the fastest for 20 years, leaving household finances stretched to breaking point.

“Prices are up in the shops, petrol through the roof, energy bills sky high and the price cap lifting later this year means that energy bills will go up further. Families everywhere are saying enough is enough.”

Mr Ashworth added: “Pain today and pain tomorrow is therefore the policy of ministers to get inflation under control … The legislation, as important though it is, is a short-term sticking plaster because of a series of long-term policy failures to grow our economy sufficiently and address the longer-term problems of hardship that have been growing over the last 10 years because of attacks on social security and unfair pay settlements.”

He went on: “We need a long-term plan to rebuild social security, grow the economy, raise living standards, to defeat child and pensioner poverty, so that victims of poverty can participate fully in society.”

Boris Johnson’s father has called on the UK parliament to lift a ban on the Chinese ambassador ahead of his own visit to China to retrace the steps of Marco Polo, our political correspondent Adam Forrest reports.

Stanley Johnson is planning a summer trip to Xinjiang province, home to the Uighur minority persecuted by Beijing, for a TV programme on the famous explorer.

In an interview with the South China Morning Post, Mr Johnson Snr described Mr Zheng as a “very agreeable, capable and intelligent man” following talks with him about his travel plans for television.

The 81-year-old added: “I would very much hope that by the time parliament returns [after the summer break], these bans will no longer be in place.”

The government has claimed Rishi Sunak’s new £1.9 billion tax break for fossil fuel companies is not technically a subsidy and so compatible with its climate plan, our policy correspondent Jon Stone reports.

Green groups lambasted ministers for playing “semantics” with the planet over the new incentives to invest and oil and gas production – announced just months after the UK’s own climate summit promised to put an end to them.

The chancellor’s doubled the rate of tax relief for oil and gas projects in his Budget, a measure that is expected to cost taxpayers nearly £2 billion and produce 899 million tons of extra CO2.

But responding to criticism of the measure from green groups, Treasury minister Helen Whately claimed that the policy was compatible with the UK’s international commitment, because of a technicality.

Responding to Jacob Rees-Mogg’s new Brexit dashboard (see post below), Labour has warned that gimmicks do nothing to address the “real challenges” that the public face today.

“It’s quite extraordinary that on the day that inflation tops 9 per cent, the cost of energy is soaring, families facing massive pressures wondering how they will put food on the table, prices rising at the fastest rate of increase for 40 years, the government’s offer today to the British people is a digital filing cabinet of existing legislation, which the gentleman describes, in his own words, as marginal,” he said.

“And while the government plans to cut 20 per cent of civil servants, the minister for so-called government efficiency is running his own make-work scheme in the Cabinet Office, creating tasks for them to satisfy his own obsessions.”

He added: “For all the government’s talk about changes we can make outside the EU, they still refuse to make the one concrete change that the Labour Party has been demanding for months with the overwhelming support of the British people as promised by the prime minister himself, which is the removal of VAT on home energy bills.”

Jacob Rees-Mogg has claimed that a new dashboard showing how many EU laws have been reformed will usher in a “British-style revolution”.

“With inflation running high we need to search everywhere and under every stone and sofa cushion for supply side reforms that make products and services cheaper, make things easier for business and ultimately grow the economy and cut the cost of living,” the Brexit opportunities minister told MPs.

“This dashboard therefore is the supply side reformers’ El Dorado and naturally I am pointing to the treasure trove of opportunity this publication represents. It highlights unnecessary and disproportionate EU regulations on consumer goods such as those regulating the power of vacuum cleaners, why should that trouble Her Majesty’s Government?”

Mr Rees-Mogg added: “We will continue working with departments to cut at least a billion pounds of business costs from EU red tape, to ensure greater freedoms and productivity.

“Ensuring we have the right regulation is crucial, excessive and unnecessary regulations which burden business or distort market outcomes, reduce productivity, pushing up prices and negatively affecting everyone’s cost of living.”

A dashboard will be made available to the public to show on a quarterly basis how much EU law has been reformed, Jacob Rees-Mogg has announced.

In a Commons statement, the minister for Brexit opportunities and government efficiency said: “As we maximise the benefits of Brexit and transform the UK into the most sensibly regulated economy in the world we must reform the EU law we have retained on our statute book.

“Only through reform of this retained EU law will we finally be able to untangle ourselves of nearly 50 years of EU membership.”

He went on: “I am pleased to announce that today we publish an authoritative catalogue of over 2,400 pieces of legislation spanning over 300 individual policy areas.

“This catalogue will be available on gov.uk through an interactive dashboard. It will be updated on a quarterly basis so that the public can count down retained EU law as the government reforms it.”

He added: “The publication of this dashboard offers the public a real opportunity. Everything on it we can now change.”

As Dominic Raab speaks in the Commons on reducing the power of European human rights legislation in the UK, Julian Assange’s wife Stella Morris has warned that Priti Patel’s decision to send the Wikileaks founder to the US to face espionage charges is part of the government’s “increasingly totalitarian bent”.

Writing for The Independent, she condemned the home secretary for “flouting” calls from the Europe’s leading human rights organisation, doctors and journalists to stop his extradition to the US.

Ms Morris, a lawyer and campaigner, said the home secretary had “flouted calls from representatives of the Council of Europe, the OSCE [Organisation for Security and Co-operation in Europe], almost two thousand journalists and three hundred doctors for the extradition to be halted”.

She added: “Priti Patel’s decision comes amidst sweeping government reforms of an increasingly totalitarian bent – the plans to weaken the influence of the European Court of Human Rights and the decision to extradite Julian are the coup de grace.”

“Paragraph 2 of the Human Rights Charter of the Good Friday Agreement provides that the British government will complete incorporation into Northern Ireland law of the European Convention on Human Rights (ECHR), with direct access to the courts and remedies for breach of the convention.

“So will the justice secretary tell the House whether his Bill constitutes a unilateral repudiation of that, or is this something that he’s negotiated with the government of Ireland?”

Mr Raab said Mr Carmichael was “wrong” because the UK will “remain a state party to the Convention”, adding that the “ECHR remains incorporated into UK law through the schedule”.

Amid some disagreement from the opposite bench, the justice secretary then accused the Lib Dem MP of “chuntering from a sedentary position”, adding: “Read the bill and I’m very happy to address any other questions he’s got.”

Former justice secretary Robert Buckland has said that he “welcomes” his successor Dominic Raab’s statement on the government’s proposed Bill of Rights.

Mr Buckland said that it “builds upon the work” that he and Sir Peter Gross did during the review of the Human Rights Act, adding – contrary to earlier comments in the Commons – that “Sir Peter’s balanced committee did not say that all was well with the Human Rights Act”.

He added: “There were issues to be dealt with and according to our manifesto commitment to update the Act, this Bill is timely.”

Mr Buckland asked whether Mr Raab agreed that “over and above domestic action that we can take to reform and improve legislation, there is a strong case for international work to be done on the same basis that we did in Brighton 10 years ago, to deal with issues such as extraterritorial jurisdiction, which is a common concern, not just of this country, but of our judges and many member states on the Council of Europe”. 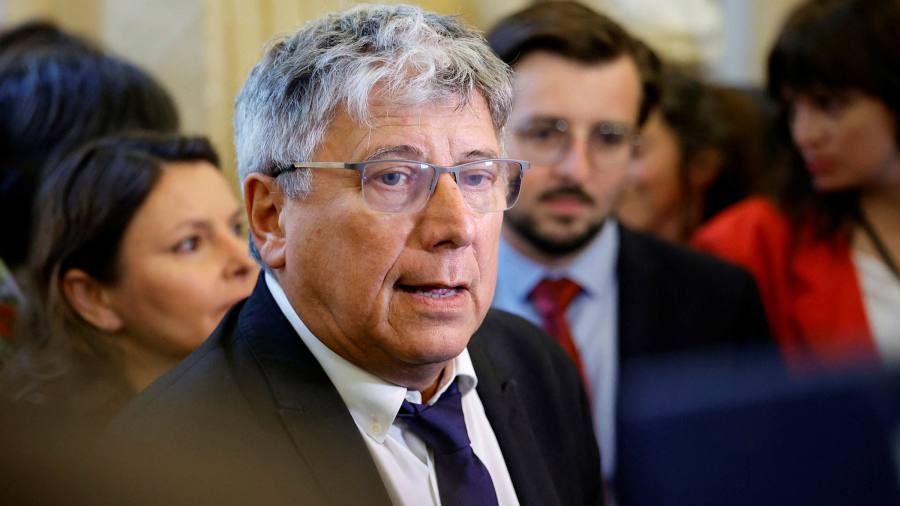 This FTSE stock has defensive traits! Should I buy shares?
2 mins ago 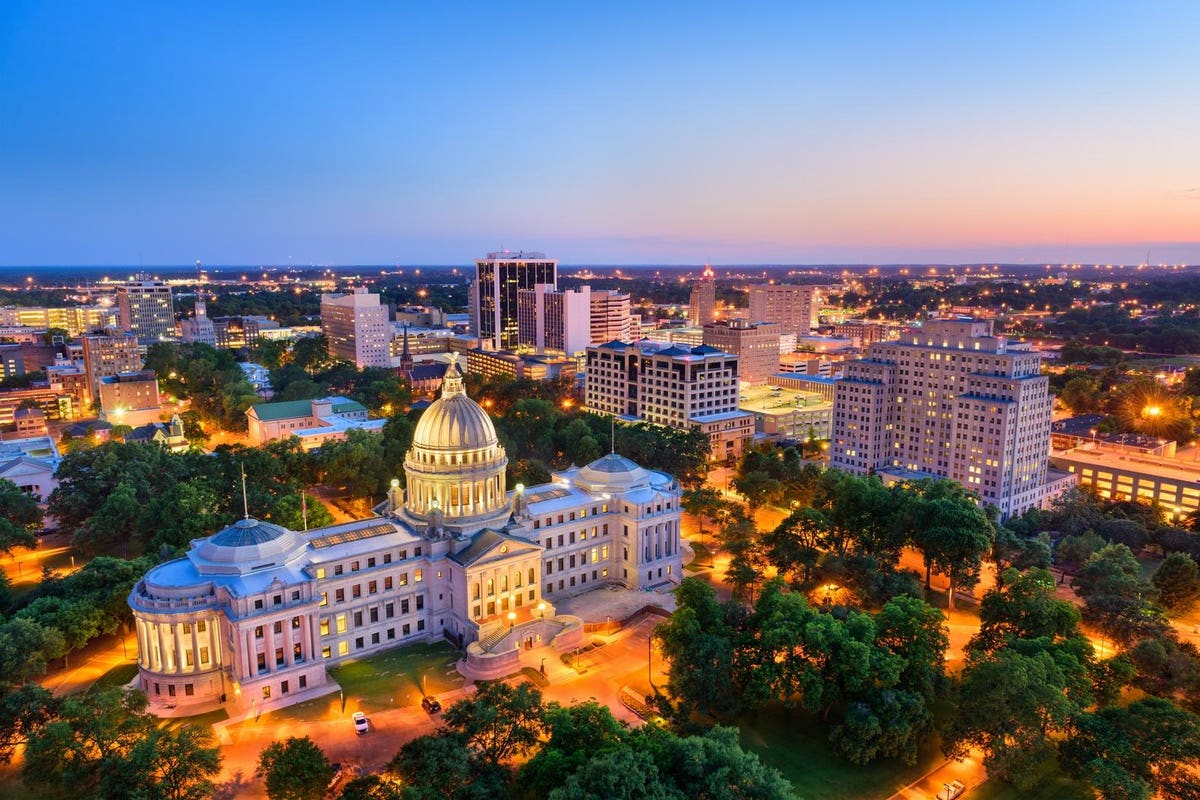 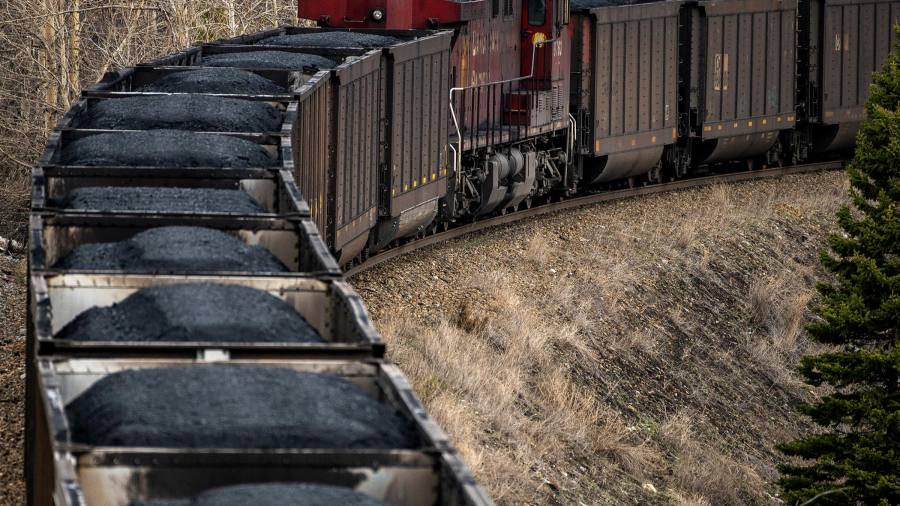 How much further can coal go?
4 mins ago

4 no-brainer stocks to buy for chunky dividends in July