Labour has demanded to know when the Treasury will publish its economic plan for how the UK will reach its net zero climate pledge.

The government has a target to bring all greenhouse gas emissions to net zero by 2050.

“When it comes to this government there’s a growing gap between what’s
promised and what’s delivered,” she said.

“The Treasury’s response to net zero review was first due to be published in autumn 2020. But there’s still no sign of it.”

Glasgow will host the major UN COP26 climate conference in November. But Reeves said the government had shown it “cannot lead with authority”.

“The fact is, you cannot have a climate strategy without a sustainable
economic plan behind it,” she said.

“So can the chancellor please tell the House on what date will he publish the final report of his net zero review?”

She added: “It is all of our responsibility to hand on to our children and grandchildren a more sustainable planet.

“Creating new opportunities for our pioneering British industries and investing today in the jobs of the future, whether in hydrogen, tidal energy or electric vehicles, to ensure a fair and just transition.”

Sunak said the report would be published “imminently” but not give a date.

“I think we are doing a great job of getting on with meeting our climate ambitions and demonstrating leadership to the world,” he told the Commons.

Last month the influential Commons public accounts committee also criticised the government for having “no coordinated plan” for how it will reduce emissions.

“Government has not yet engaged with the public on the substantial, individual behaviour – as well as structural economic – changes that achieving net zero will require,” the MPs said in a report. Only Fools and Horses star Nicholas Lyndhurst not retiring from acting 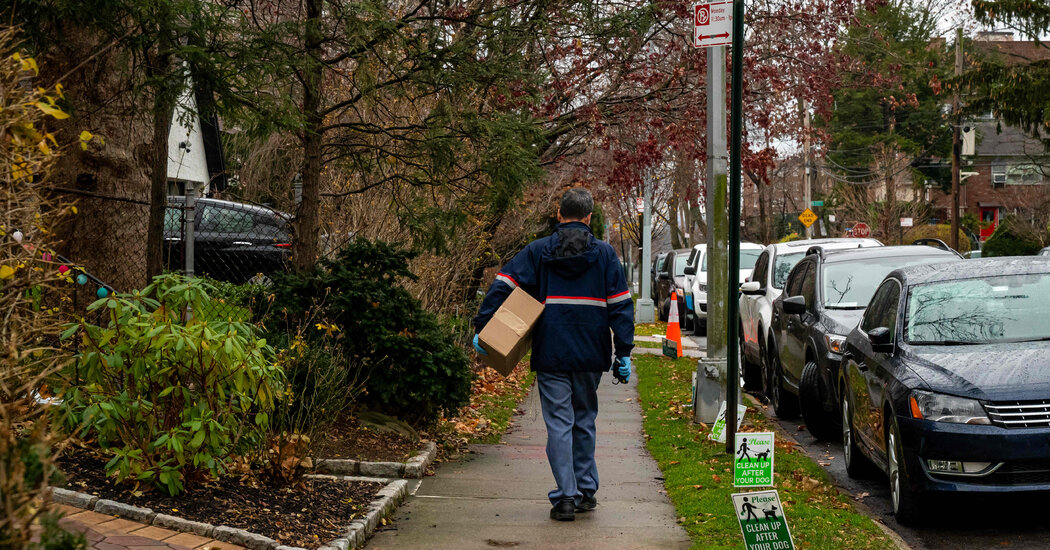 Covid Live Updates: Some Homes Have Started Getting Virus Tests in Mail From U.S. Government
3 mins ago

Covid Live Updates: Some Homes Have Started Getting Virus Tests in Mail From U.S. Government