A federal judge criticized a Capitol attack defendant and sworn officer who was working for a Tennessee sheriff’s office when he faced off against law enforcement on Jan. 6 while wearing a “Sheriff” patch on his vest.

Ronald Colton McAbee, known to online sleuths investigating the Jan. 6 attack as #ThreePercentSheriff because of the insignia he wore representing the far-right cause, was arrested in mid-August. A federal magistrate judge in Tennessee ordered McAbee released with conditions, including to “refrain from using any social media or other websites related to insurrection activity.” But federal prosecutors filed an emergency appeal of the judge’s ruling, and the matter was reviewed during a hearing before U.S. District Judge Emmet Sullivan on Wednesday.

Sullivan called McAbee’s decision to wear a “Sheriff” patch while he attempted to storm Congress on Jan. 6 “outrageous” and said videos apparently showing McAbee attacking officers were “very disturbing.” While McAbee’s defense attorney maintained that McAbee was offering assistance to one officer and only pushed another officer after the officer pushed him, Sullivan said it “appears clearly to this court” that the video showed McAbee pulling an officer into the violent mob.

Sullivan also questioned how a law enforcement officer who took part in the Jan. 6 attack could be trusted to obey restrictions imposed upon him by a judge.

“He’s raised his right hand, probably put his left hand on the Bible, more than once and swore to administer justice,” Sullivan said. “If he didn’t do that on Jan. 6, how can the court take any comfort in knowing that he will abide by the court’s directives to do certain things going forward?”

The government argued that McAbee couldn’t be trusted and had used his status as a law enforcement officer to attempt to breach the police line on Jan. 6.

“Frankly, this is a defendant who has taken oaths before. He swore oaths in multiple sheriffs’ offices that he would uphold the law,” argued Assistant U.S. Attorney Benet Kearney, one of the federal prosecutors on the case. “This is someone who uses his badge and authority when it works for him, and disregards it when it does not.”

Kearney said that McAbee “saw no conflict between his oath to uphold the law and abide by the law and what he did on Jan. 6.”

Sullivan said that if he does allow McAbee out of jail pretrial, he will not release him into the custody of his wife. The judge said he did not trust her to report her husband for violations of his conditions of release. McAbee’s attorney, a federal public defender, had suggested that the judge could keep McAbee confined to his home as an alternative to being held in D.C. jail.

In court filings ahead of the hearing, the U.S. government argued that McAbee “dressed in a manner that indicates that he anticipated violence at the Capitol” by purchasing “metal-knuckled gloves,” wearing a tactical vest, and arming himself with a baton on the scene.

“The defendant’s ready participation in these violent assaults on police officers, while he himself was a sheriff’s deputy, and his attempted use [of] that status to obtain special treatment is powerful evidence of his lack of regard for legal authority,” the government argued.

Multiple law enforcement officials have been charged in connection with the Jan. 6 Capitol attack, which has resulted in more than 600 arrests so far. The FBI has hundreds more arrests in the works.

Sullivan did not immediately rule on whether McAbee will remain detained until trial but said he could not just forget what he saw with his own eyes in the videos presented by the government.

McAbee, who was charged as part of a criminal conspiracy alongside Trump-loving bodybuilder Logan Barnhart and Trump supporter Jack Wade Whitton (who bragged he “fed” an officer “to the people” on Jan. 6), faces several counts, including inflicting bodily injury on officers; assaulting, resisting, or impeding officers; obstruction of law enforcement during civil disorder, along with a host of misdemeanors. Whitton and co-defendants Jeffrey Sabol and Peter Stager are detained until trial.

At McAbee’s detention hearing in Tennessee, federal authorities revealed the name of a friend of McAbee’s who is 266-AFO on the FBI’s Capitol Violence page, meaning he’s wanted for assault on federal officers. Online sleuths have referred to the man as #ScaryCherry3P because he’s wearing a red MAGA sweatshirt. The duo exchanged a number of text messages both before and after the Jan. 6 attack.

One of the images introduced as evidence shows McAbee and the other man posing with a copy of a Jan. 7 newspaper. 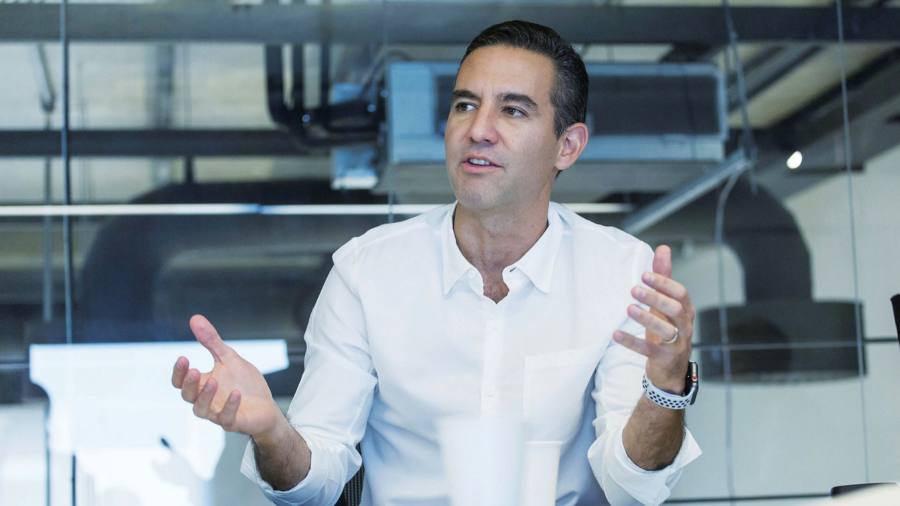 Chinese authorities have told Evergrande’s billionaire founder to use his own money to pay down the company’s $300 billion debt, Bloomberg reports
1 min ago

Chinese authorities have told Evergrande’s billionaire founder to use his own money to pay down the company’s $300 billion debt, Bloomberg reports

Oil Dips After Buildup in Oil Inventories By Investing.com
2 mins ago

Oil Dips After Buildup in Oil Inventories By Investing.com