WASHINGTON — In the chaotic finale of America’s 20-year war in Afghanistan, a Biden Doctrine is emerging: a foreign policy that avoids the aggressive tactics of forever wars and nation building, while uniting allies against the authoritarianism of rising powers.

President Biden began to define this doctrine on Tuesday when he declared the end of “an era of major military operations to remake other countries,” offering what he said was a better way to protect American interests around the world through diplomacy, the military’s targeted antiterrorism abilities and forceful action when necessary.

But the disordered ending to the war has laid bare the strains inherent in Mr. Biden’s foreign policy, which calls for a return to protecting human rights and promoting democracy, but only when consistent with U.S. goals. The president’s withdrawal from Afghanistan makes clear that he saw risking more American lives there as no longer in America’s national interest.

“At some level, he seems to be applying a standard of if I wouldn’t send my child to this war, then as president I shouldn’t be asking anyone else to send their children,” said Michèle A. Flournoy, a former under secretary of defense during the Obama administration. “Frankly, that’s a standard we should expect every president to apply.”

But, she added, “It’s important to draw a distinction between his appetite for nation-building, which is essentially nil, versus his appetite for using force if it’s necessary to defend U.S. national security, which I believe remains quite strong.”

The Biden Doctrine sees China as America’s existential competitor, Russia as a disrupter, Iran and North Korea as nuclear proliferators, cyberthreats as ever-evolving and terrorism as spreading far beyond Afghanistan.

In White House meetings on many of those issues, the president has indicated that he is comfortable with the idea of backing American diplomacy with a muscular military posture, administration officials said. He is eager to remind Iran of America’s strike abilities, as he did last week when he said in public remarks during a meeting with Prime Minister Naftali Bennett of Israel that if diplomacy failed to rein in Iran’s nuclear ambitions, he was “ready to turn to other options.”

But such threats only work if adversaries believe he will follow through.

Mr. Biden has ordered military strikes in Syria against Iranian-backed Shiite militias that rocketed U.S. troops in Iraq, and, more recently, in Afghanistan against the Islamic State after the group took responsibility for a suicide bombing at the Kabul airport. But those attacks were retaliation against nonstate actors and not intended to be followed by American troops on the ground.

After the president’s clear delineation of his distaste for American military involvement overseas, “nobody believes that the Biden administration is going to attack the Iranian nuclear program,” said Kori Schake, who directs foreign and military policy studies at the conservative American Enterprise Institute and served in the Pentagon under President George W. Bush. “That would have sustained military ramifications.”

Mr. Biden’s aversion to protracted nation-building efforts is not new. As a senator, he voted in favor of the Afghanistan and Iraq wars, but soon soured on the endeavors. As vice president in the Obama administration, he pressed forcefully for the United States to draw down troops.

The result, critics say, is that Mr. Biden’s doctrine is being formed by a group of like-minded officials, most of them largely on the same page as their boss. That unity means it is more difficult for allies and adversaries to exploit differences in the administration. But it also means the president may not be stress-testing his doctrine during internal meetings at the White House.

Nowhere will a stress test be more necessary than on China, which presents a military, economic and technological challenge. The administration is seeking to counter the narrative of a surging power and a declining America by showcasing an American economic recovery. For that to work, Mr. Biden must rein in the coronavirus pandemic, but without the authoritarian tools that are available to Beijing.

Last month, Mr. Blinken warned that China and Russia were “making the argument in public and in private that the United States is in decline — so it’s better to cast your lot with their authoritarian visions for the world than with our democratic one.”

A strong economic recovery in the United States may help, but the president is also seeking to hold off Chinese aggression in the South China Sea, where Beijing has militarized a number of disputed islands.

And then, there is Taiwan, the issue administration officials and national security experts agree is most likely to tip the scales from power struggle to military conflict. At the White House, the State Department and the Pentagon, officials are trying to figure out if the longtime American policy of “strategic ambiguity” — providing political and military support to Taiwan, while not explicitly promising to defend it from a Chinese attack — has run its course. Pentagon officials say the matter could come to a head within six years.

On Russia, Mr. Biden will certainly be tougher than his predecessor, President Donald J. Trump, who ceded to President Vladimir V. Putin on several fronts. In particular, Mr. Biden has pressed the issue of Russia’s interference in American elections and warned in a speech in July that cyberattacks emanating from Russia could lead to a “real shooting war with a major power.”

He has also taken a tougher line than Mr. Trump in backing allies against Russia. But there again, Mr. Biden has set a stage for diplomacy bolstered by potential American force.

President Volodymyr Zelensky of Ukraine finally got the Oval Office visit he had been wanting on Wednesday, after his efforts to secure such a meeting with Mr. Trump became entangled in an episode that led to Mr. Trump’s first impeachment trial.

Mr. Biden assured Mr. Zelensky that the United States remained opposed to Russian aggression in the region. The messy exit from Afghanistan, however, has left Ukraine and other European allies fearful that their reliance on American power might be misplaced.

The European Union’s foreign policy chief, Josep Borrell Fontelles, described the departure as “a catastrophe for the Afghan people, for Western values and credibility and for the developing of international relations.’’

Not lost on America’s allies is the fact that, for all of the criticism Mr. Biden has received for the Afghan withdrawal, the American public still supported it.

“Whether it is a Republican or Democratic president, as we saw with Trump, there is this exhaustion with major missions that put large numbers of troops on the ground and have ambitions to remake the governments in countries,” said Lisa Curtis, who oversaw policy for Afghanistan and elsewhere in Central and South Asia on the National Security Council during the Trump administration.

She said Mr. Biden was “well in step with the American public.”

One place where Mr. Biden has indicated he will use the military forcefully and quickly is on counterterrorism. “We will hunt you down and make you pay,” he vowed last Thursday after a suicide attack on the airport in Kabul killed more than 170 people, including 13 U.S. service members.

Hours later, an American drone struck a vehicle in Nangarhar Province, killing two Islamic State operatives. Two days after that, another American airstrike took out a vehicle and its driver, who the Pentagon said intended to carry out another attack on the Kabul airport. As many as 10 civilians may also have been killed in that strike, an Afghan family has said.

Twenty years of military action by the United States and its international partners have exacted major tolls on Al Qaeda and the Islamic State, killing many of their fighters and leaders and largely preventing them from holding territory. But both groups have proved able to adapt, terrorism experts say, evolving into more diffuse organizations.

Mr. Biden’s doctrine calls for conducting operations against the groups from afar, or “over the horizon.” That means fewer American service members killed in the process, the Pentagon hopes.

But that also means fewer Americans on the ground to gather intelligence and call in such strikes.

Vali R. Nasr, a senior State Department policy adviser during the Obama administration, said there was no reason to believe the president would resist sending American troops into conflict when warranted.

“I don’t read this as Biden saying that we will never go to war at all,” he said.

Still, “I think for him, the idea of the forever war, of these Middle East wars where we basically go down a rabbit hole after the target without actually achieving much, is going to lock us in and take away from us the ability to address other sets of issues,” Mr. Nasr said.

But the first test for the Biden Doctrine may yet be Afghanistan, as terrorists from around the world are likely to feel safe relocating to a country “where their brothers in arms” are in charge, Ms. Curtis said.

Mr. Biden “was very clear that he did not believe that we needed boots on the ground to protect U.S. counterterrorism interests,” she said. But, she added, “the war against terrorism has not ended.” 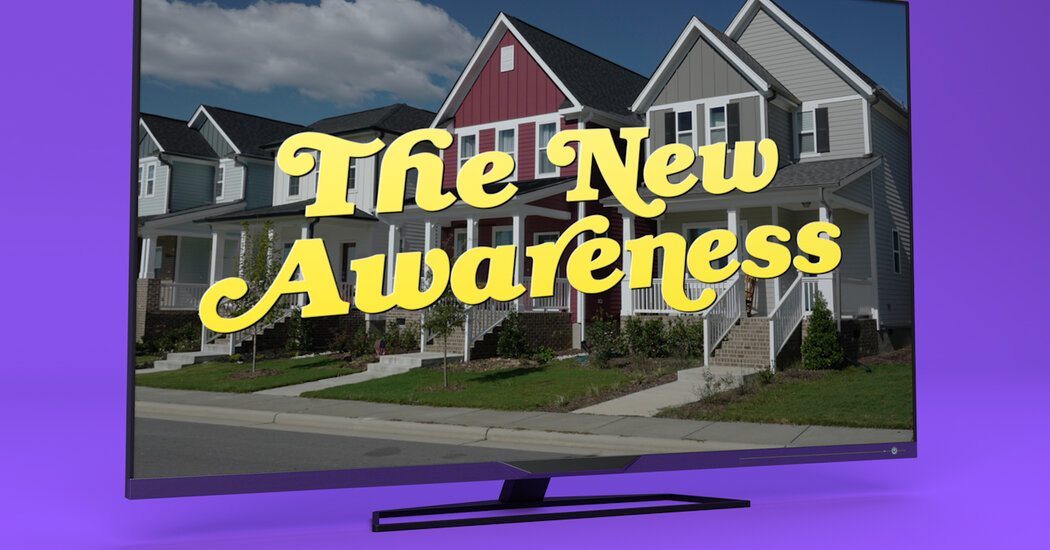 Opinion | Believe It or Not, I Like Some Things in Our Progressive Era
41 seconds ago 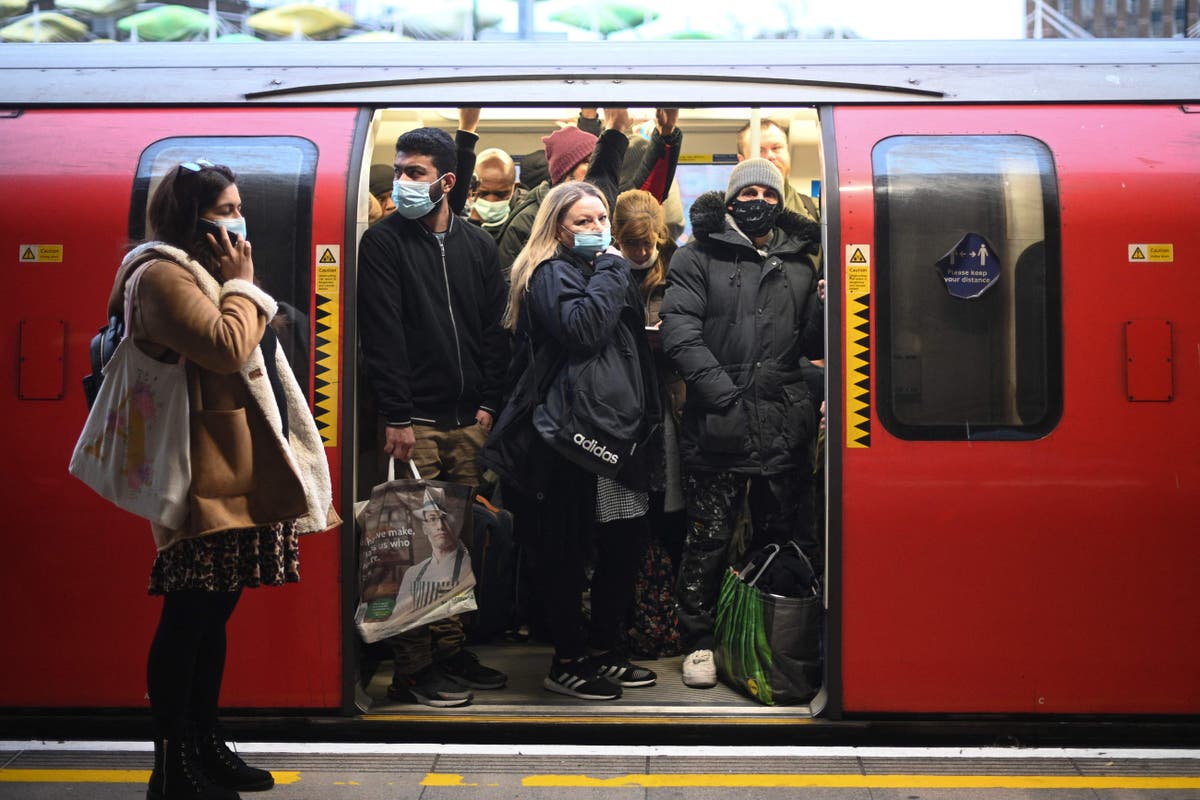 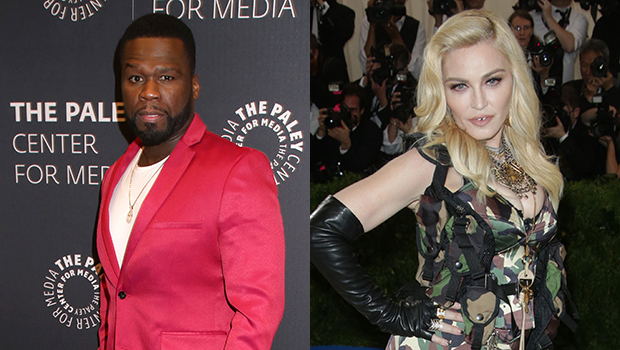 50 Cent Apologizes To Madonna Over Photo Comments: ‘I Don’t Benefit From This’
3 mins ago

50 Cent Apologizes To Madonna Over Photo Comments: ‘I Don’t Benefit From This’