House Democrats are pressing forward with a bipartisan proposal to create an independent commission to investigate the Jan. 6 Capitol attack, after reaching agreement with a key Republican to drop his party’s demand that such an inquiry look into left-wing violence at racial justice protests.

The deal announced on Friday between Representative Bennie Thompson, Democrat of Mississippi and the chairman of the Homeland Security Committee, and Representative John Katko of New York, the panel’s senior Republican, could break a partisan logjam that has persisted for months around the commission.

It was not clear whether Republican leaders would support it after insisting that any investigation into the deadly riot at the Capitol by a pro-Trump mob also look at violence by Antifa and Black Lives Matter. Representative Kevin McCarthy, Republican of California and the minority leader, said shortly after the announcement that he had not signed off on the plan and still needed to review its details.

Negotiations over creating such a body, modeled on the one that studied the Sept. 11, 2001 terrorist attacks, had been stalled for months as Republicans and Democrats sparred over the makeup of the commission and its mandate. The announcement of a compromise suggested that Democrats were prepared to simply go around Republicans. That would force G.O.P. lawmakers to make a difficult choice between embracing an investigation of a violent attack inspired by Donald J. Trump, which is likely to anger the former president, and opposing an accounting for the deadliest attack on the Capitol in centuries.

Rather than oppose an investigation outright, Republican leaders including Mr. McCarthy have called for one that would also study violence perpetrated during the summer of 2020, when nationwide protests for racial justice swept the country. It has been part of a broader G.O.P. strategy that has emerged in recent months of downplaying the Capitol riot — which was carried out by a mob that included white supremacists — and seeking to deflect attention from it by pointing to the actions of Black activists and trying to equate the two.

Democratic leaders said legislation creating the proposed panel would likely come up for a vote next week in the House, where they have the votes to push it through even if Republicans oppose it en masse. Speaker Nancy Pelosi of California said in a separate statement on Friday that the House would also soon move ahead with legislation allocating billions of dollars in new funding to bolster the Capitol’s defenses and police force.

Mr. Katko said in his own statement that the commission was “about facts, not partisan politics.”

“An independent, bipartisan commission will remove politicization of the conversation and focus solely on the facts and circumstances surrounding the security breach at the Capitol, as well as other instances of violence relevant to such a review,” he said.

Mr. Katko is among the most moderate House Republicans and was one of 10 in his conference to vote to impeach Mr. Trump in January for inciting the insurrection. His position mirrored that of Representative Liz Cheney of Wyoming, who Republicans purged from their leadership ranks this week for her vocal repudiations of the former president’s election lies. She said shortly afterward that her party did not want a narrow investigation into Jan. 6 because it “threatens people in my party who may have been playing a role they should not have been playing.”

“All members, especially House and Senate leaders, should support this effort and there should be no delay in passing this bill to find the facts and the truth about what happened on Jan. 6 and the events leading up to it,” she said of the agreement on Friday.

The commission’s path may be rockier through the Senate, where Democrats would need the support of at least 10 Republicans to consider it. The Senate Republican leader, Mitch McConnell of Kentucky, has also said that any commission should look broadly at domestic violence throughout 2020. A spokesman for Mr. McConnell declined to comment on Friday.

The congressmen said the commission would examine “the facts and circumstances” surrounding the attack, as well as “influencing factors that may have provoked the attack on our democracy.” In a concession to Republicans, the 10-member panel of experts would be evenly divided, with each party appointing five commissioners. The commission would have subpoena power.

It would be tasked with producing a final report, determining causes of the attack and making recommendations to prevent future violence against American institutions by the end of the year. 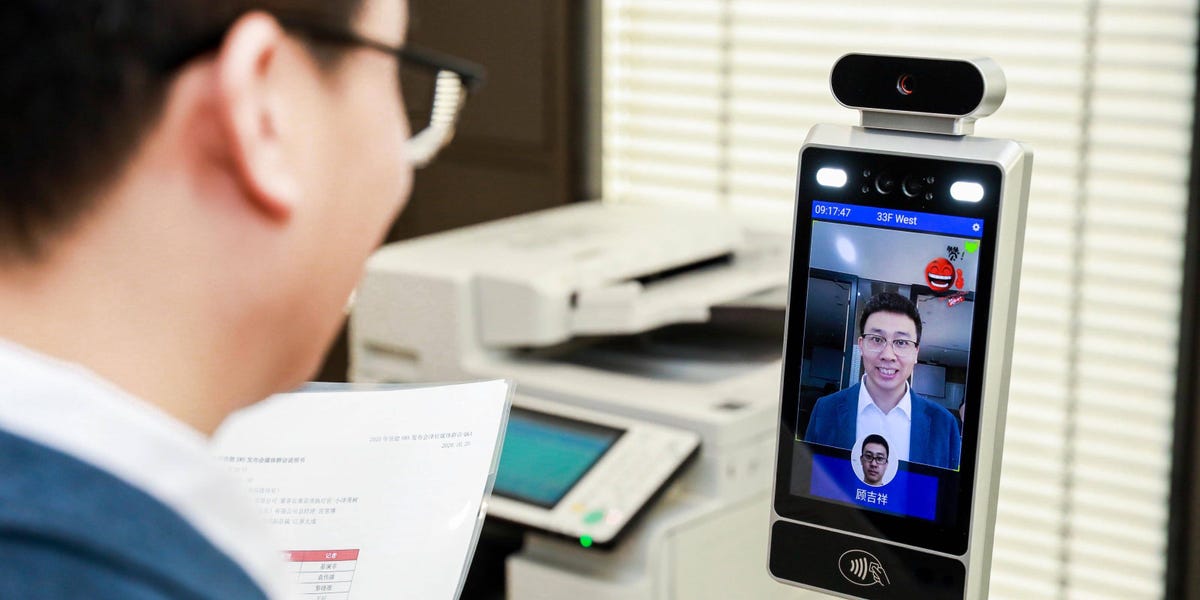 Employees at a Chinese office have to smile for an AI camera to get through the front doors, change the temperature, or print documents
17 seconds ago

The Auto Trader share price is up almost 10% this week! Here’s what’s going on – The Motley Fool UK
5 mins ago