WASHINGTON — House Democrats pressed ahead on Friday with a bipartisan proposal to create an independent commission to investigate the Jan. 6 Capitol attack, after reaching agreement with a key Republican to drop his party’s demand that it look at left-wing violence unrelated to the assault.

But it was not clear whether G.O.P. leaders, who have insisted any such inquiry study Black Lives Matter and antifa, a loose collective of antifascist activists, would go along with the deal. The uncertainty raised the prospect of a showdown in the House next week over the investigation and the Republican Party’s reluctance to reckon with the deadly attack on Congress by a pro-Trump mob.

The proposal agreed to by the top Democrat and Republican on the Homeland Security Committee would provide Congress with a nonpartisan, government-wide accounting of what led to the riot and hampered the response by law enforcement, as well as recommendations to prevent a repeat. Modeled on the commission that studied the Sept. 11, 2001 terrorist attacks, the body would deliver its findings by Dec. 31.

“Inaction — or just moving on — is simply not an option,” said Representative Bennie Thompson, Democrat of Mississippi, who reached the agreement with Representative John Katko, Republican of New York. “The creation of this commission is our way of taking responsibility for protecting the U.S. Capitol.”

The proposal could break a partisan logjam that has persisted for months over the composition and mandate of such a commission. But Republican leaders in the House and Senate did not immediately say whether they would support it.

Representative Kevin McCarthy, Republican of California and the minority leader, said shortly after the announcement that he had not signed off on Mr. Katko’s plan and still needed to review its details. A spokesman for Senator Mitch McConnell of Kentucky, the Senate Republican leader, declined to comment.

Still, the announcement of a compromise suggested that Democrats were prepared to simply go around most Republicans in the House if need be. That would force G.O.P. lawmakers to choose between embracing an investigation of a riot inspired by Donald J. Trump, which is likely to anger the former president and alienate their constituents who revere him, and opposing an accounting for the deadliest attack on the Capitol in more than 200 years.

Speaker Nancy Pelosi said the House would vote next week on the legislation creating the proposed panel. At the same time, she plans to move ahead with a vote on a long-awaited bill that would provide $1.9 billion to bolster the Capitol’s defenses, reimburse the National Guard and other law enforcement for protecting the complex in the attack’s aftermath and cover costs related to the coronavirus pandemic.

Republican leaders have not yet endorsed the spending measure either, calling it premature. But Democrats believe holding a prompt vote will force G.O.P. leaders to the negotiating table.

The measure’s provisions include more than $500 million to reimburse the National Guard, which has supplied thousands of troops to patrol the newly fortified Capitol; $350 million to create retractable fencing and new security screening sites at the complex, $160 million for hardening windows and doors; more than $175 million to protect federal judges and courts, and $40 million to fund prosecutors going after suspected Capitol rioters.

It includes smaller pots of money to equip Capitol Police officers with body cameras and increase protection of lawmakers as they travel the country. Many of the initiatives were recommended by a panel led by Russel L. Honoré, a retired Army lieutenant general appointed by Ms. Pelosi to investigate Capitol security.

The Capitol Police promptly issued a statement saying the funding would “help the department move forward to meet our evolving mission.”

The pair of measures, and the protracted deliberations surrounding them, underscored just how significantly the violence has rattled and reshaped Congress in the months since the riot occurred, including by worsening its partisan divisions.

The attack was one of the most violent in American history. More than 140 police officers were injured, at least five people died in connection with the riot, the vice president and members of Congress had to flee for their lives and the Capitol building itself was badly damaged. And initial reviews by congressional committees and other government watchdogs have already turned up troubling evidence of avoidable intelligence and security failures that made matters worse.

Proponents of a bipartisan commission argue that putting outside, nonpartisan experts in charge of the fact-finding will improve the investigation and help calm partisan nerves. Some senators, whose after-action hearings on the attack have been bipartisan, feel the need for another inquiry is less urgent.

“An independent, bipartisan commission will remove politicization of the conversation and focus solely on the facts and circumstances surrounding the security breach at the Capitol, as well as other instances of violence relevant to such a review,” Mr. Katko said in a statement.

Mr. Katko is among the most moderate House Republicans and was one of 10 in his conference to vote to impeach Mr. Trump in January for inciting the insurrection. His position mirrored that of another of the 10, Representative Liz Cheney of Wyoming, who Republicans purged from their leadership ranks this week for her vocal repudiations of the former president’s election lies and her party’s complicity in them.

“I am very glad that they rejected Leader McCarthy’s suggestions that somehow we should dilute the commission,” Ms. Cheney told ABC News on Friday, adding that Mr. McCarthy “absolutely should” testify before the body about a phone call he had with Mr. Trump as the attack was underway.

But the two Republicans appear to be in the minority. Many of the party’s loudest voices have undertaken a concerted campaign to downplay the Capitol riot and deflect attention from it by pointing to the unrelated actions of activists aligned with movements on the left.

Representative Louie Gohmert, Republican of Texas, offered the latest example on Friday, when he took to the House floor for an hourlong speech that argued that the rioters — who smashed windows, clubbed police officers and threatened to hang former Vice President Mike Pence that day — had essentially been peaceful.

Mr. Gohmert accused the Justice Department of abusing its power to harass and punish conservatives who had come to stage a nonviolent protest that day, while “going easy on the looters and destroyers in Portland.”

“The overwhelming number of people caught up in this, quote, unprecedented investigations, as the Justice Department promises — they’re actually nonviolent, peaceful Americans,” he said. “Their only crime was supporting Donald Trump and concern about the fraud Democrats have been telling us about in elections for many years.”

The denialism have left Democrats furious and flummoxed over how to respond. One of them, Representative David Cicilline of Rhode Island, who served as an impeachment prosecutor against Mr. Trump, started asking colleagues on Friday to support a resolution censuring a handful of the Republicans who had been most outspoken in misrepresenting the Capitol attack.

The deal struck by Mr. Katko also included concessions from Democrats. After pushing for an agreement that would have given their party more power to choose who would serve on the commission, they accepted a 50-50 split in which each party would appoint five of the 10 members. Subpoena power would likewise be shared between appointees of the two parties.

But it does not allow the commission to look at events beyond Jan. 6 in the way some Republicans had insisted. Instead, the panelists would be tasked with examining “the facts and causes relating to the January 6, 2021, domestic terrorist attack upon the United States Capitol Complex” as well as “the influencing factors that fomented such attack on American representative democracy while engaged in a constitutional process.” 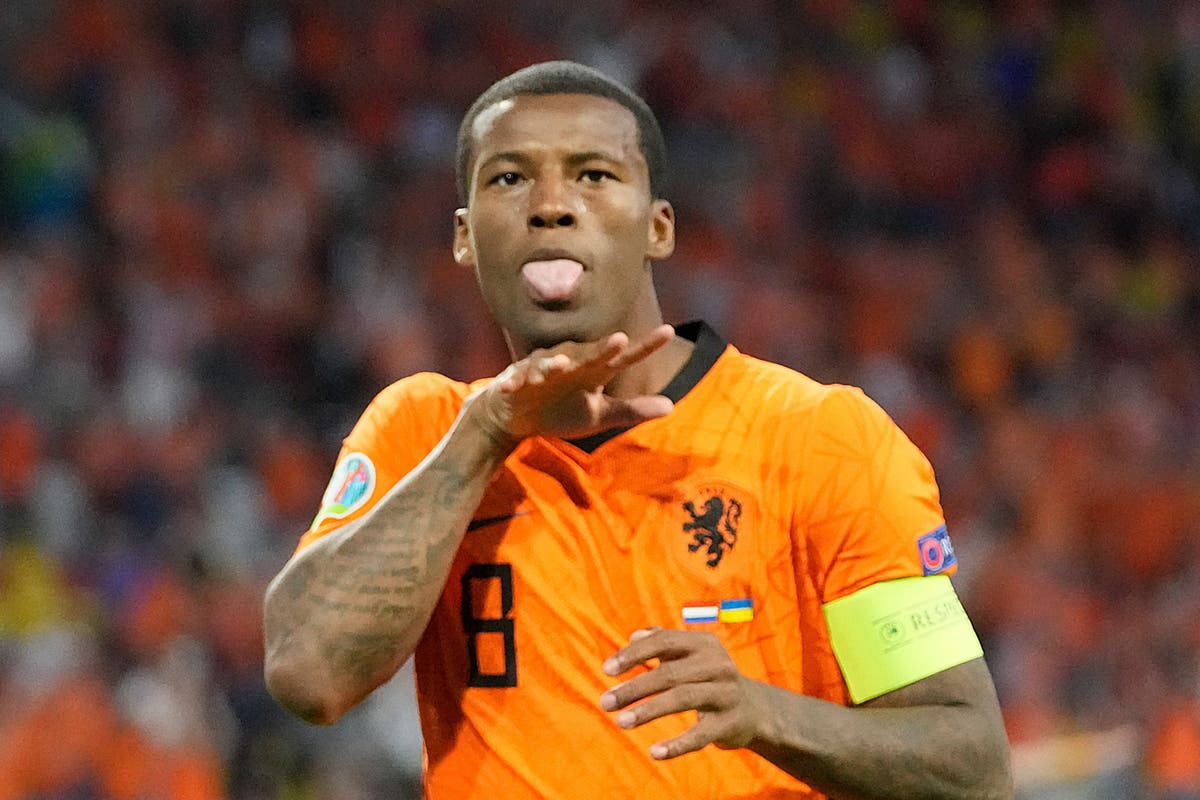 ‘Relieved’ Wijnaldum: Netherlands must learn and improve
3 mins ago 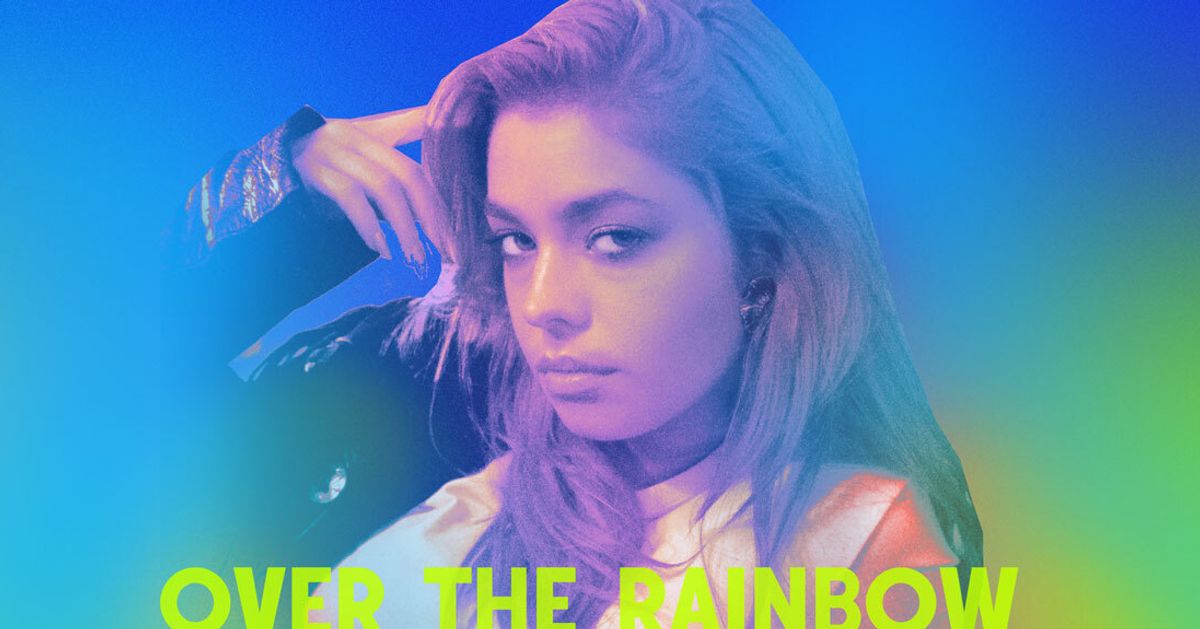 L Devine: ‘Pride Is Going To Come Back With A Bang Next Year’
5 mins ago

L Devine: ‘Pride Is Going To Come Back With A Bang Next Year’ 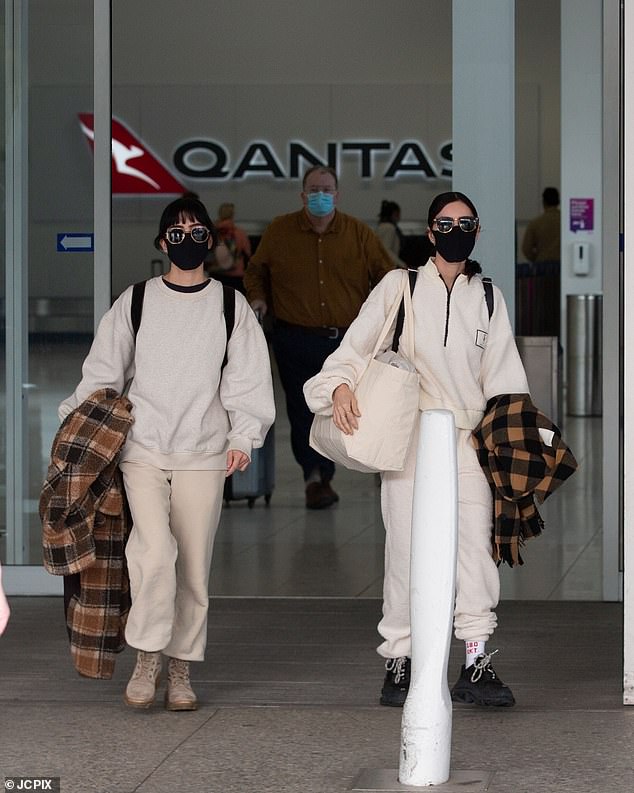 The Veronicas fly Qantas despite an ongoing feud with the airline