It has been twenty years since the world looked on in horror as schoolgirls were attacked by a loyalist mob as they made their way to a primary school in Belfast.

mages of terrified and crying children were beamed around the world showing grown men and women – some who were pensioners – pelting them with stones, bricks, urine and petrol bombs.

The Holy Cross primary school for girls dispute was one of the darkest times in Northern Ireland’s sectarian history.

One of the men at the front was Fr Gary Donegan who, alongside Fr Aidan Troy, guided the children through the gauntlet of hate every school morning for three months.

In an interview with the Sunday World the Fermanagh-born priest broke his silence for the first time in almost 20 years to recall the hell they all endured and how far those affected have come.

“When I came here 20 years ago I was a complete greenhorn, a total culchie, so it really was like a baptism of fire for me. When the protest started I remember meeting Aidan at Dublin Airport, he had just returned from an Ascension in Rome and was due to spend time with his father.

“I remember telling him we need to address this, at that stage we could never have imagined how bad it was going to get.” Fr Gary Donegan said.

“This is the first time I have spoken about this, like this, before, in almost twenty years and there has been reasons for that, personal and others.”

The inexclipable hatred of the other side was nothing new to people who lived in flash point areas, but this time the targets were a school of innocent children, from just four-years-of age.

“I was completely shocked by what happened. For us there was only one issue: the children. When I first came here there was like this sacrosanct rule throughout the Troubles that not a hair on a child’s head was to be harmed.

“Children were being hurt every day in mass numbers. I don’t know how no one was killed. I remember speaking to hardened cops and they were shocked and sickened by what they were witnessing.

“The day the blast bomb was thrown I thought that was it. We were walking behind the perspex shields through a corridor of Land Rover’s when it happened. The loud bang.

“I have since watched a documentary on this and you can hear this guy shouting at the kids ‘Go faster, go harder!!’, herding screaming kids up the street.

“It was me but it didn’t sound like me. I remember people coming up to me after and saying thank you, that I was a hero, I was not. But I can tell you under my habit my legs were doing the Riverdance, I was that shaken.”

The mental health problems that followed lead to the early deaths of some involved.

“I remain amazed no was was killed but the protest came at a mass cost to people psychologically. While it should be acknowledged how far the victims have come, unfortunately, I have had to preside over funerals of some of the mummies who couldn’t handle what had happened as well as their kids. Addiction was the main reason. Another cost of the protest.”

Fr Donegan remains in contact with many of the victims of the protest.

“The eldest is 31 and the youngest is 24. I am proud to have witnessed them develop into the people they are today. How all the different young people made a legacy for themselves and turned out as balanced and as good a people as they did.

“I just married another one of them a few weeks ago. But I also think about the effect it had on the protestors after – and their community. We received so many letters from loyalists saying that this was not in their name but they were too afraid to speak out. There were many prices to pay but there was also experience gained.

“Experience to work on peace and reconciliation. Adian and I are not politicians, we were not social workers, we are Passionist Brothers and we will provide pastoral help to anyone, green, orange, gay straight.”

The world’s media was camped on the streets of north Belfast for weeks on end. It was only when 9/11 happened they left.

“Aidan and I survived on black coffee and bacon sandwiches and very little sleep. When we were not at the school we were doing media interviews and when you are the news you don’t see the news so there were many things we did not witness until later.

“What happened from the 19th of June until the 23rd of November was the most challenging thing to happen in my life but it is not who I am. I am proud of what I did but I do not wear it as a badge of honour. I take the good out of it and how I can help others reconcile, learn not to have something like that happen again.”

While he has moved on he is still angry as to how some people in Northern Ireland, people in position, turned a blind eye.

“What happened was handled very badly. To have two priests involved like that is unthinkable. I believe it is because it happened in a place like Ardoyne where there is social depravation. If that had been a middle class school on a leafy avenue it would not have been allowed.

“It was the ‘well it’s not affecting us’ attitude that shocked me. I remember thinking is a child going to have to die before the people here, who should be helping, should help? How they let all that happen is crazy. The world was watching but there were people here who didn’t care, turned a blind eye.

“It is not up to me to say that there are some who should hang their heads because they didn’t get involved or do the right thing. I remember telling someone we didn’t have a choice to get involved and he said yes you did but you chose to. That, we will never regret.” 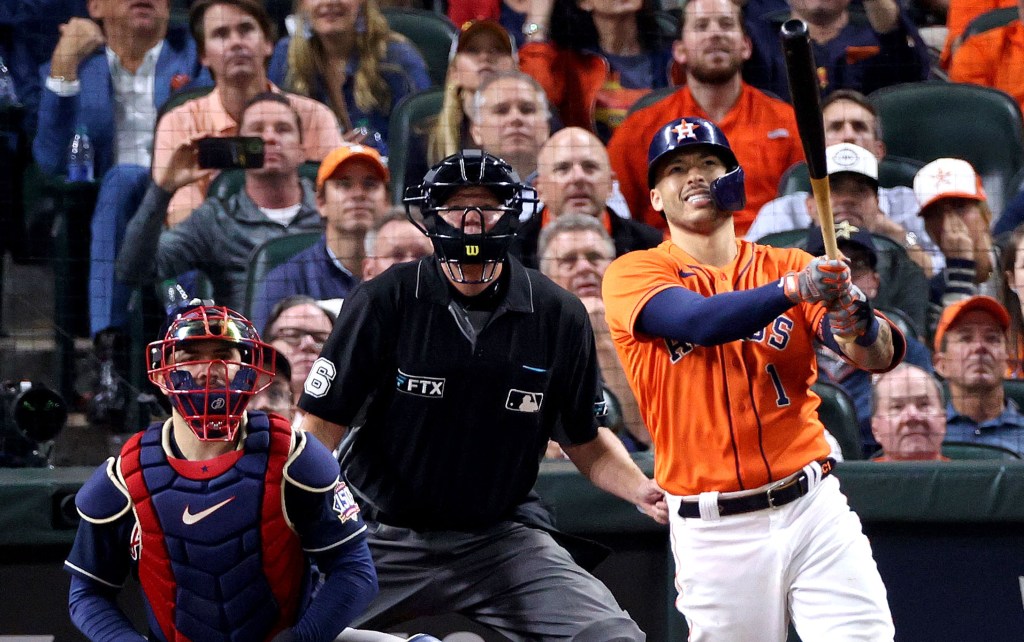 Most Controversial Celebrity Halloween Costumes Over the Years: Pics
3 mins ago

Most Controversial Celebrity Halloween Costumes Over the Years: Pics ‘Brian,’ I called after Cody as he walked away after the TV interview. ‘What was that about?’
4 mins ago

‘Brian,’ I called after Cody as he walked away after the TV interview. ‘What was that about?’