A tremendous season for Kerry Pitch & Putt nationally very nearly came to the perfect end last Sunday evening in Navan, County Meath as Deerpark’s Damien Fleming was denied a National Senior Matchplay and Strokeplay double in 2021 after a marathon 63 holes.

fter winning the National Matchplay for the third time back in August, Damien nearly won the Strokeplay for a second time only to be denied by Ian Donnelly from the Killineer club in Louth.

Two solid rounds of 10 under par had given Damien a share of second place after the first 36 holes on 20 under par, two off the lead of 22 under par held by Tipperary’s Anthony Culhane. Damien moved to 25 under after his first nine holes of the extra 18 as 29 became the new clubhouse target set by Donnelly in the group just ahead of Damien.

Damien went one ahead of Donnelly early in the second playoff and was still one stroke ahead with three to play. It all changed at the seventh hole however as Damien bogeyed and Donnelly birdied to put the Louth player in the ascendancy now. Both players matched each other on the eighth as another bogey on the ninth officially ended Damien’s challenge with Donnelly paring his last hole to win the playoff by two.

Had Damien won it would have meant a Kerry player would have won a National Pitch & Putt title at every national event held by Pitch & Putt Ireland in 2021 including the delayed 2020 Strokeplay back in June.

Damien secured the end of year Irish No 1 ranking for the second time in three years with his performances this year though as he continued to maintain the high standards he has set for himself over the last few years.

Tralee’s Jason O’Regan and Alan Hobbart were the other two Kerry players to make the Top 18 playoff in the senior grade with Jason finishing the tournament on 24 under par and Alan shooting 20 under.

The previous day at the same venue had seen Tralee’s Michael Conway put up a very brave defence of his Intermediate title, finishing fourth overall.

Michael made a very encouraging start in shooting 14 under for his first 36 and held the lead for a period until Justin McKeon of Prosperous in Kildare (16 under) and Trim’s Evan Ganly (17 under) came in ahead of him before the Final 18.

Killian O’Gorman of Listowel was just behind him on 12 under par as Michael’s Tralee club-mate Keith O’Brien was the other Kerry player to make the Intermediate player with seven under.

Michael would finish on 16 under after 54, good enough for fourth overall and five behind the eventual winning score of 21 under par posted by McKeon. Killian finished on 13 under with Keith three shots behind on 10.

At the Junior event in Stackallen on Saturday meanwhile both Castleisland’s Noel Lee and Listowel’s Graham Tarrant qualified for the Top 18 playoff occupying the 17th and 18th spots respectively. Noel finished on two under with Graham a shot behind on one under as the curtain came down on the Pitch & Putt season nationally.

At local level there are still two big fixtures left. They are the Deerpark Scratch Cups on Sunday October 10th and the Adult County Matchplay Championships in Castleisland on the October Bank Holiday weekend. 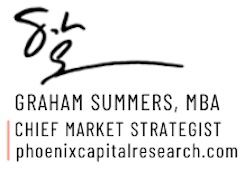 MLS Power Rankings: Red Bulls on the ascent
4 mins ago