Chicago is the latest city to be hit by rampant shoplifting and its Magnificent Mile, the once highly-populated retail destination, is now dotted with empty storefronts as businesses are being driven away by the brazen thieves.

The city has been plagued by a string of robberies and a wave of crime in the past few months, as some say that the city’s ‘soft-on-crime’ policies embolden the thieves. The issue may only grow worse as at least 50 cops have been put on unpaid leave for refusing to get the COVID-19 vaccine.

Her officer said at the time that the move was meant to shift focus to the driving factors of the crimes instead of low-level offenses. In turn, however, thieves know they can grab armfuls of merchandise without being stopped by store security.

Chicago’s most recent shoplifting spree involved a group of men who robbed three 7-Eleven convenience stores downtown in a span of 30 minutes on Monday morning.

Chicago’s Magnificent Mile has been the target of rampant shoplifting that caused several stores to close their doors. Above, a gang of three shoplifters were filmed emptying the shelves of a Chicago Ulta Beauty store late last month The city has been plagued by a string of robberies and a wave of crime in the past few months, as some say that the city’s ‘soft-on-crime’ policies embolden the thieves Four armed men robbed a 7-Eleven on East Lake Street at 8.29am, in which they took an undetermined amount of cash before fleeing in a black vehicle, police said. Five minutes later, police believe the same group wearing masks and hooded sweatshirts, robbed another 7-Eleven and, just before 9am, they made a final stop at a third 7-Eleven and robbed it at gunpoint.

No arrests have been made as of Wednesday afternoon.

‘It’s a serious problem, and we have to address it,’ Alderman Brian Hopkins told CBS Chicago, explaining that the issue affects commercial real estate as well as public safety.

‘The commercial brokers tell us that when they get potential interest from a tenant, that’s one of the first questions they ask, is what’s happening in Chicago to stem the tide of retail shoplifting rings that have been operating with impunity downtown? And we don’t have a good answer right now for that.’

The city’s approach to prosecuting retail crime is similar to one in San Francisco, where prosecutors only issue felony charges for thefts of property worth over $950. Walgreens cited the shoplifting issue as the reason it closed 17 stores and is planning to close another five throughout the city, the pharmacy chain announced last week. Stores throughout Chicago’s Magnificent Mile are closing in the wake of the rampant shoplifting and since last spring the area lost a Macy’s, Disney Store and Japanese retailer Uniqlo The vacancy rate for the Magnificent Mile has skyrocketed from 11 percent in 2019 to 19 percent this year, according to ABC 7

Top chain stores that closed their doors on the Magnificent Mile

In the past few years, Gap, Forever 21 and Tommy Bahama have also closed stores on the Magnificent Mile. The vacancy rate has skyrocketed from 11 percent in 2019 to 19 percent this year, according to ABC 7.

‘We recognize community concerns around crime, and the impact it can have on one’s sense of safety as well as the economic stability of a business,’ the State’s Attorney’s office wrote in a statement to CBS Chicago before doubling down on its approach to retail crime.

‘We continue to prosecute retail theft cases as misdemeanors and felonies when appropriate to do so based on the facts and evidence,’ the statement continued.

The State’s Attorney’s office said that so far this year, its prosecutors have reviewed and issued 38 total charges for retail theft in areas of Chicago including the Magnificent Mile and Streeterville. Of that number, 18 were approved as felony charges, 10 were prosecuted and six were convicted.

The city’s shoplifting issue could grow worse as the Chicago Police Department has started placing officers on unpaid leave for failing to report their vaccination status by Friday’s deadline.

So far, about 50 officers have been placed on an unpaid status, according to Fraternal Order of Police President John Catanzara.

Mayor Lori Lightfoot on Monday, however, called the 50 officers a ‘very small number’ who have had their pay stopped by the city for refusing to cooperate with the mandate.

As of Tuesday, 4,543 officers – a little over one third of the force – have not complied and are being given one last chance to report whether they’ve been vaccinated or be put on no-pay status.

Meanwhile, the city has started seeking recruits from suburban Illinois to fill the potential staffing shortage.

‘The impression around the nation is that Chicago is not a very safe place to be,’ he said. ‘And the incidents we saw this morning, over the weekend, the episodes before that, only feed that.’ It was shared on social media Monday, with the shocked cameraman, who hasn’t been named, saying: ‘Look at this, this is insane,’ as he films the theft unfolding before his eyes.

It came as CWB Chicago reported Chicago’s stores have been targeted by three different organized crime gangs. One of those gangs has been targeting upmarket designer stores on the city’s Magnificent Mile, whose businesses were hit by looting in summer 2020 during riots in the wake of George Floyd’s murder.

The second has targeted at least three Ulta Beauty stores – although it’s currently unclear if that is the same gang filmed at the Norridge location. And a third gang has been raiding Walgreen’s drug stores to steal cigarettes.

The first shoplifting crew was stealing from high-end Chicago stores between the Magnificent Mile and Rush Street, according to CWB Chicago. Twelve men were seen involved in a raid of 35 handbags at Bottega Veneta on September 27 – which go for thousands of dollars each- and left in two separate cars, including a gray Honda CRV.

The same crew allegedly attempted to steal from Salvatore Ferragamo an hour before but left after they were believed to be recognized by the store’s security guard. They already reportedly stole $43,000 worth of the store’s merchandise in August and injured the security guard during the theft. Above is a file photo of Chicago’s Magnificent Mile A police officer was shot in the face on Monday afternoon, but returned to his precinct, in the 18th District, later that evening – still wearing his hospital gown He said that the Chamber is pushing for ‘innovative’ ways to attract merchants back to the Magnificent Mile, adding that this may involve breaking large spaces up into smaller retail shops.

Meanwhile, the most recent victim of Chicago’s violent crime wave was a police officer who was shot in the face on Monday and returned to work that same evening, saluted by his colleagues as he entered the precinct still wearing his hospital gown.

The unnamed officer was shot in the cheek when he confronted Jovan McPherson, a felon on probation, who was threatening and holding a woman at gunpoint at a busy Lincoln Park strip mall, Cook County prosecutors said Tuesday.

Chicago’s pattern of crime and shoplifting mirrors that of other cities like San Francisco, in which Walgreens announced that it is shuttering another five of its stores because of rampant shoplifting by thieves who sell the items outside the drugstore chain’s doors.

The national chain has closed 17 of its 70 San Francisco locations in the past two years because of the shelf raiders, who have swiped everything not behind lock and key.

Thefts in the chain’s 53 remaining stores are five times the average for their stores elsewhere in the country, according to company officials.

San Francisco and Walgreens officials have cited ‘organized retail crime’ – in which the thieves sell the swiped merchandise outside the stores – as a main reason for the most recent closures.

‘Organized retail crime continues to be a challenge facing retailers across San Francisco, and we are not immune to that,’ Walgreens spokesperson Phil Caruso told the Daily Mail last Wednesday.

‘Retail theft across our San Francisco stores has continued to increase in the past few months to five times our chain average.’ Viral videos taken throughout the summer have shown shoplifters brazenly sauntering out of stores with armfuls of stolen goods as witnesses watch in shock.

In one incident, surveillance footage caught a group of thieves in masks and hoodies sprinting out of a San Francisco Neiman Marcus with armfuls of designer handbags and others casually walking out of a TJ Maxx store carrying bags worth of goods.

In another, in June, a prolific shoplifter who had stolen from the same Walgreens on at least four occasions, was seen loading armfuls of Walgreens products into a trash bag, then riding his bike through the store with the stolen goods while the security guard and bystanders looked on.

The suspect, Jean Lugo-Romero, 40, was arrested on June 19 and remains in jail.

Shoplifting has been a problem in the Democrat-run state since 2014 – following the passage of Proposition 47, a ballot referendum known as the Safe Neighborhoods and Schools Act – that downgraded the theft of property worth less than $950 in value from a felony to a misdemeanor.

Cases have jumped during the pandemic as store staff and security guards choose not to pursue the thieves. Larceny and theft remain the most common crimes committed in San Francisco, increasing by about 8 percent from last year. There were 21,842 cases reported through October 10 of this year, compared with 20,254 cases during the same time through 2020.

New York City stores are also rife with shoplifting incidents and, earlier this month, a TikTok video went viral that revealed brazen thieves stealing from a Rite Aid in front of a security guard before leaving with their stolen items. The security guard, a woman named India who said she worked at a Rite Aid, posted the video to TikTok and dubbed it ‘a typical night at work.’

It showed a parade of people taking things off the shelves and walking out with one of the thieves even smiling and waving at her as he passed.

The comment led people to ask her why she isn’t stopping the thieves if she is supposed to be a security guard, to which she replied: ‘Because it’s illegal to touch, grab or use any physical force to stop them.’

Instead, she said, her job is to ‘observe and report.’ 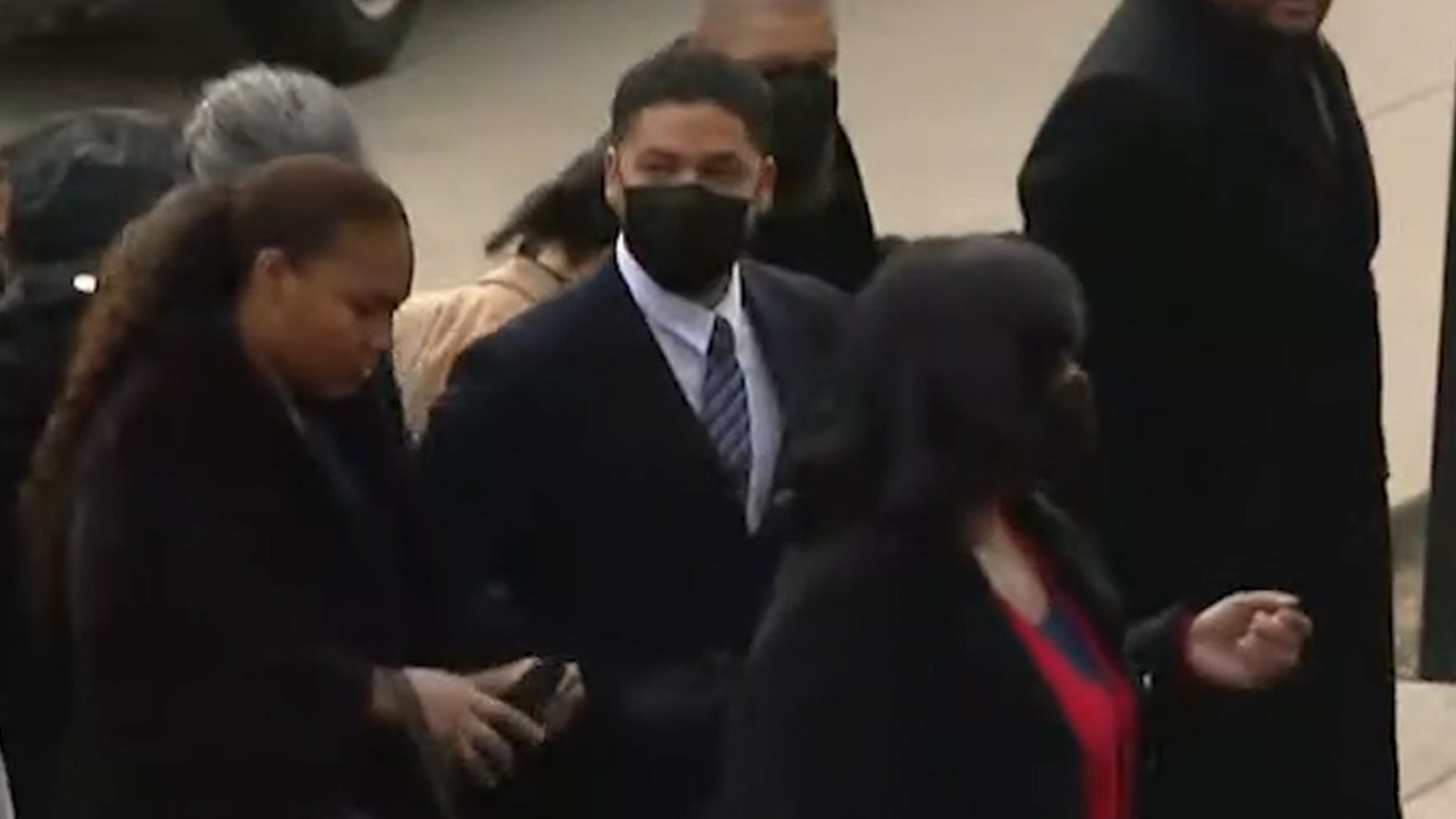 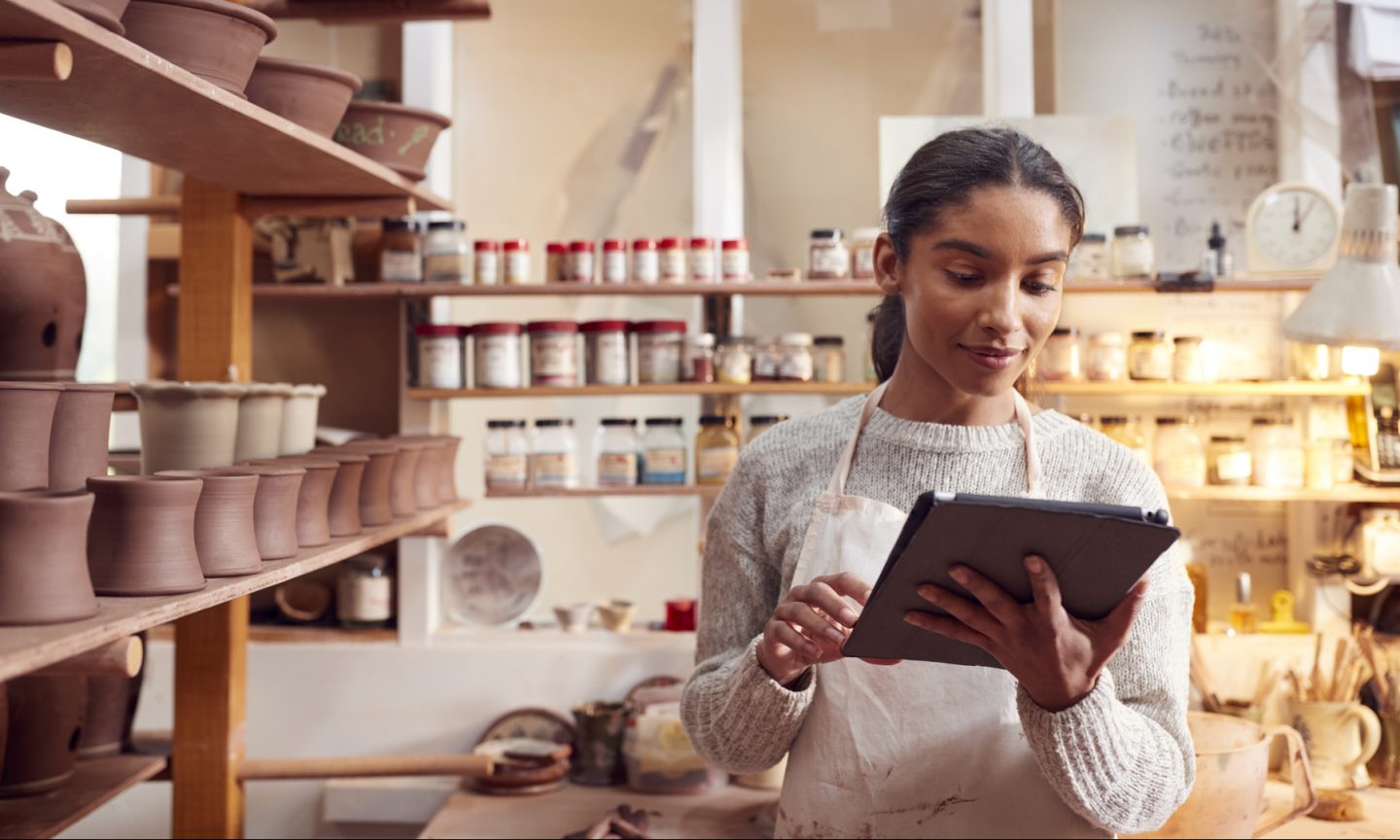 Just-in-Time Inventory: What Is It and Which Businesses Should Use It? – NerdWallet
5 mins ago

Just-in-Time Inventory: What Is It and Which Businesses Should Use It? – NerdWallet 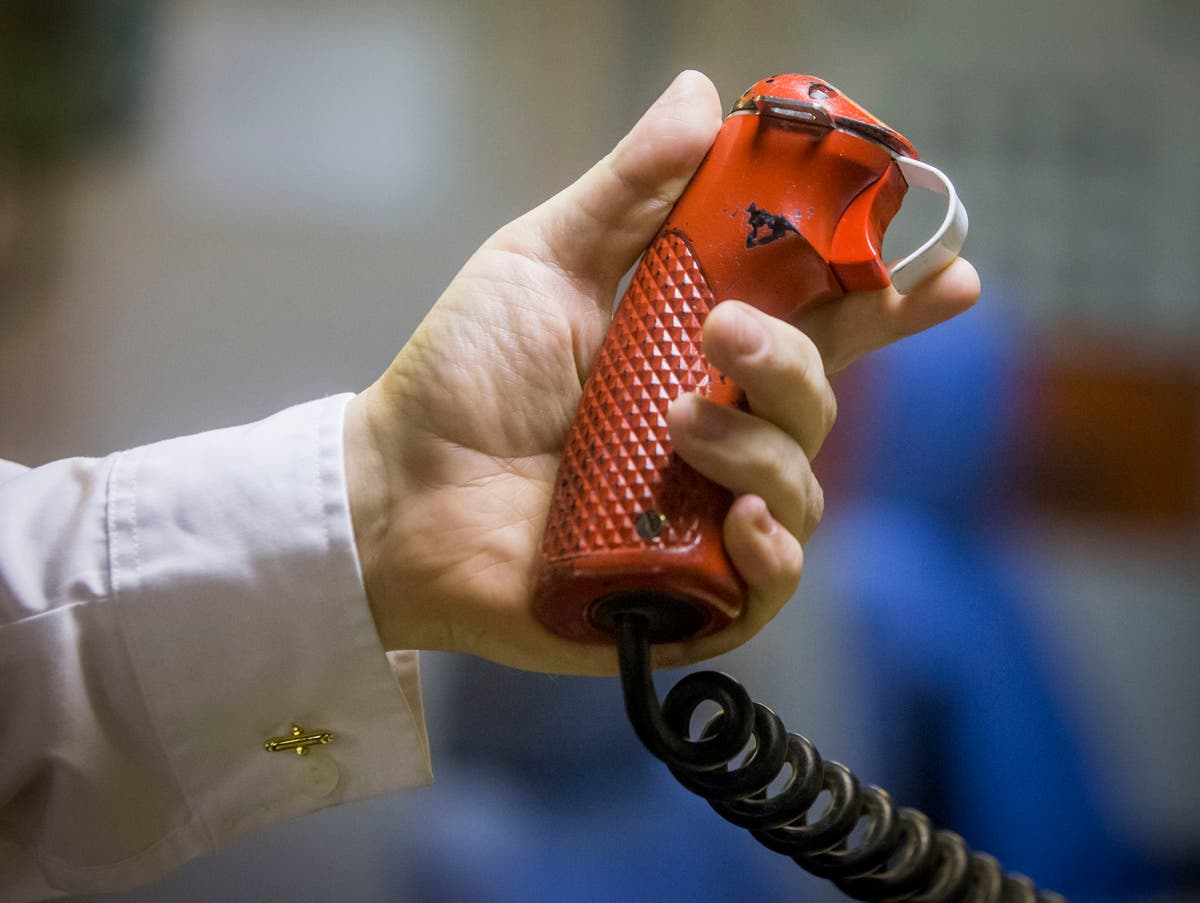 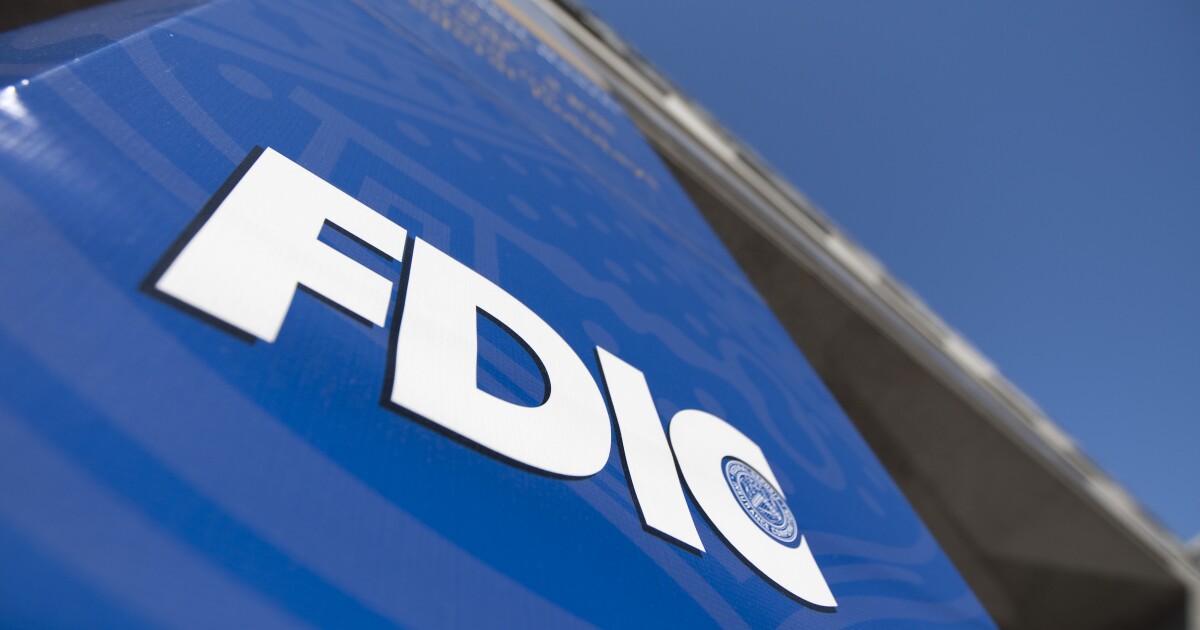