Morgan Wallen shook the country music world – and the country – when a recent video surfaced of him using a racist slur.

In the video, he told a friend, “take care of this (expletive) N-word,” referring to another person he was with.

“I used an unacceptable and inappropriate racial slur that I wish I could take back,” Wallen said in a statement after the video was posted by TMZ. “There are no excuses to use this type of language, ever. I want to sincerely apologize for using the word. I promise to do better.”

The condemnations poured in. The Academy of Country Music Awards halted Wallen’s “potential involvement and eligibility” in this year’s awards cycle. The Country Music Association removed his digital content from their platforms. Big Loud Records suspended his recording contract and his agency, William Morris Endeavor, dropped him. Some country artists like Mickey Guyton, Yola, Jason Isbell and Maren Morris spoke out against him.

‘Thanks for helping out a good cause’:Jason Isbell donating Morgan Wallen royalties to Nashville NAACP

But many in the industry remained silent. And data shows that Wallen’s career is far from hurting. He’s thriving.

Wallen’s streams and album sales spiked despite major radio players, IHeartMedia and Entercom, announcing his music would be taken out of rotation, according to data by Billboard and Rolling Stone. His position on Spotify’s top streaming charts also saw an uptick since the incident. Wallen is absent from Spotify’s premier country playlist, yet his songs remain on the platform.

Last Tuesday his popular song “Wasted On You” was ranked No. 14 on the Top 200 chart, but by Thursday, two days after the video was released, “Wasted On You” jumped to No. 9.

His Twitter following has also increased from 443,000 followers on Feb. 2 to about 471,000 on Feb. 10.  Music industry insiders are already speculating on Wallen’s eventual comeback. And plenty of fans are unabashedly supporting Wallen.

This comes after the summer’s Black Lives Matter protests, which inspired hundreds of thousands of Americans to take to the streets and spur the biggest racial reckoning in our country since the Civil Rights Movement. It all begs the question: Why is someone who used a racial slur suddenly the anti-cancel culture hero?

“Morgan Wallen is a symptom, not the disease,” Josh Smith, co-owner of concert production company Banjos to Beats in Dallas, Texas, tells USA TODAY. “The more the mainstream publicly pushes back on (Wallen) and others like him, the more power those who support his bigotry begin to feel.”

There have been calls for the country to grapple with racism and teach anti-racist behavior. Advocates say the country music industry must have a reckoning of its own.

Black country music singer and songwriter Guyton summed it up with her reaction to the video of Wallen using the N-word.

“When I read comments saying ‘this is not who we are’ I laugh because this is exactly who country music is,” Guyton tweeted last week.

Wallen’s continued buzz comes down to a few things.

“The public controversy is sparking just sheer curiosity about his music among people who might not have known who he was before,” Hannah Karp, Billboard’s editorial director, tells USA TODAY. “That’s similar to when an artist dies, no matter who the artist was, that will often prompt a lot of streaming and sales of that artist despite or sometimes because of any controversy associated with their life.”

His fans, meanwhile, are likely streaming him more now than before because they can’t hear him on the radio. Some fans may be streaming him to simply show their support.

Karp notes it’s possible the sharp drop-off in airplay could eventually lead to a plateau or decline in streaming and sales.

“We need to sort of wait and see how things play out,” Karp says.

“Look at the way Mickey Guyton is treated,” singer-songwriter Autumn Rowe says. “The hate-filled comments she receives are not OK but I don’t see enough people in our country standing in solidarity with her.”

Lorie Liebig, a Nashville music journalist and publicist, also says the Wallen situation isn’t about one artist. The Black Lives Matter movement has pushed concerns about social justice to the forefront of our culture, “but it’s still a very small amount of voices in the industry who are being vocal about change and embracing equality,” she says.

She says this is the first time she’s seen an artist face consequences for such a slur, however. “I don’t think that your everyday country music listener necessarily knows how the industry works and how this is normally dealt with. But it’s usually dealt with very quietly, if it’s dealt with at all,” she says.

Wallen has remained successful after weathering other controversies this year, despite his country music success, including a public intoxication and disorderly conduct arrest as well as being caught partying maskless in the midst of a deadly pandemic. “SNL” canceled his scheduled performance after the partying debacle but he returned several months later.

What can the industry learn from Morgan Wallen?

The Black Music Action Coalition applauded the swift denunciation of Wallen’s slur – but said there’s more to be done.

“While we are heartened by this community endeavor, we know that there are deep rooted racist practices and beliefs within the country music sphere, and the incident with Morgan Wallen is only one small example,” according to the statement obtained by Variety and Billboard. “There is much more to be done to continue to raise anti-racist awareness.”

Rowe adds: “Country artists themselves need to be held accountable and not afraid of backlash if they speak up for something racist.”

Liebig says there’s an understanding in the industry that if you speak up, you risk harming your brand or your income. But that doesn’t come without consequence.

Jerrica Frazier, a Black 29-year-old advertising assistant in Washington, D.C., has been a country music fan most of her life. She doesn’t expect every country artist to be racist but she’s “seen enough of them post problematic things and/or cater to fans who are very vocal about their racist tendencies by remaining quiet on matters of race.”

People are quick in this era of cancel culture to ridicule someone for saying something inappropriate. When it comes to forgiveness, experts say the first step lies with the person who said the harmful things. If they make amends, then the wronged individuals can decide whether to forgive them.

Whatever the case, this situation may be an industry first. “We haven’t really seen a reaction like this before from the music industry,” Karp says. “So we’re sort of in uncharted territory.”

In the case of Wallen specifically, artists such as Breland and Guyton see a path for redemption.

“(Wallen) must feel the weight of his words but completely throwing someone away is detrimental to anyone’s mental health,” Guyton wrote on Twitter.

An important step is for white people to acknowledge their privilege. “It’s not Mickey Guyton’s job to make us all pay attention to Black artists, or talk about Black struggles,” Liebig says. “We as privileged white people in the industry have responsibility to pay attention to what we have, and help the people that don’t get that choice, or they don’t get that opportunity.” 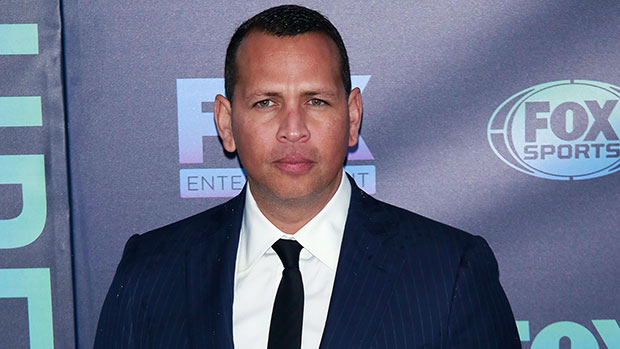 Alex Rodriguez: See 1st Photos Of Star Out & About After Confirming J.Lo Split
2 mins ago

Alex Rodriguez: See 1st Photos Of Star Out & About After Confirming J.Lo Split

Week ahead: NCUA board meeting, House to vote on SAFE Banking Act
8 mins ago

EUR/USD Breaks Above 1.20, Next Targets In Focus | Investing.com
9 mins ago

EUR/USD Breaks Above 1.20, Next Targets In Focus | Investing.com