The world economy faces serious risks going forward: for example, an estimated $2.3 trillion in income is projected to be lost in 2022-25 due to vaccine inequity—most of it in developing countries.

In the United States, the Federal Reserve lowered interest rates to zero and has created more than $3.6 trillion since the pandemic began. Fiscal policy was also unprecedented, with a federal budget deficit of 15% of gross domestic product last year, and projected at 13.4% for 2021. That is how we got increased unemployment benefits, an expanded child tax credit, unprecedented stimulus checks, expanded food stamps and more, substantially lowering the U.S. poverty rate.

But billions of people live in low-and-middle-income countries that do not have the same options; and, since poverty is much more severe there, this is vastly more a matter of life and death. In June the World Food Program estimated an increase of 121 million people who have become “acutely food insecure or at high risk” since the pandemic. This is an “unprecedented” 81% increase; it could kill millions of people, especially children. Malnutrition in children significantly increases preventable deaths from other causes.

There is no central bank for the world economy, and no world currency, that can be used to help mobilize the kind of resources for the world that the Federal Reserve and European Central Bank have created with their own currencies. But the International Monetary Fund can do something that is similar, and it can save millions of lives.

Last month the Fund issued $650 billion worth of an international reserve asset—called special drawing rights (SDRs)— for all member countries.

Under IMF rules, these can be exchanged for hard currencies, such as the dollar
BUXX,

or euro
EURUSD,
,
by countries in need. SDRs are not loans and do not have to be paid back; and there are no conditions attached to them.

One striking feature of this innovation—which was deployed in the world recession of 2009—is that many countries who don’t actually convert the SDRs to currency still benefit from them. Just by having more international reserves, they are less likely to face balance of payments crises, fiscal or credit crises, or deepening recession when their economy slows.

These new international reserves also free up other resources within developing countries for essential imports such as vaccines, medicine, and food. And they can be exchanged for hard currency as necessary.

But there is politics involved, and this can ruin everything. Steven Mnuchin, Trump’s Treasury Secretary, immediately blocked the IMF from issuing SDRs when the Fund’s managing director proposed it in March 2020. Congress can overrule Treasury, and so the House passed legislation last year to have the U.S. government approve “at least 2 trillion SDRs”—worth $2.8 trillion—at the Fund.

But Republicans blocked the legislation in the Senate. When Biden took office, the new Treasury department agreed, at the IMF, to about as much as they could approve without a vote of Congress. This was the $650 billion that the IMF issued last month.

But this $650 billion issuance was not nearly enough to meet the needs that most of the world is facing, in order to save the lives of people who can be saved.

The U.S. economy also gains from any SDR issuance, because our exports depend on demand from the rest of the world economy. The number of U.S. export-related jobs lost to the world recession is estimated at more than 2 million; these will return sooner if the world economy recovers faster.

So members of Congress have come back, with legislation in both the House and Senate, to get the rest of what the House approved last year. It has passed the House again this year, but Republican leadership is still blocking it in the Senate.

No cost to U.S. government

There is no reason for anyone to make this a partisan issue. There is no budget issue or cost to the U.S. government; SDRs are not foreign aid. Supporters of a larger SDR issuance have included hundreds of economists, former and current heads of state and ministers across the political spectrum. There are virtually no economists—of any political persuasion—who have said anything against it; that is because there are no significant downside risks.

Organizations representing tens of millions of Americans—including major religious organizations such as the U.S. Conference of Catholic Bishops—have supported the multi-trillion dollar issuances passed by the House of Representatives.

Of course the U.S. is politically polarized right now, and this legislation has been introduced by Democrats. But just a few weeks ago, 19 Republican senators, including Minority Leader Mitch McConnell, joined Democrats to pass a $1 trillion infrastructure bill. That’s real money. And former President Donald Trump, who remains the most powerful Republican, urged them to vote no. (Trump has never said a word about SDRs).

No senator is going to face a campaign attack commercial next year accusing them of supporting special drawing rights. There has to be at least one Republican senator who will have the fortitude to support something that will create jobs in the U.S. and save lives all over the world, and is costless to the U.S. government.

Mark Weisbrot is co-director of the Center for Economic and Policy Research in Washington. He is the author of “Failed: What the ‘Experts’ Got Wrong About the Global Economy” (Oxford University Press). 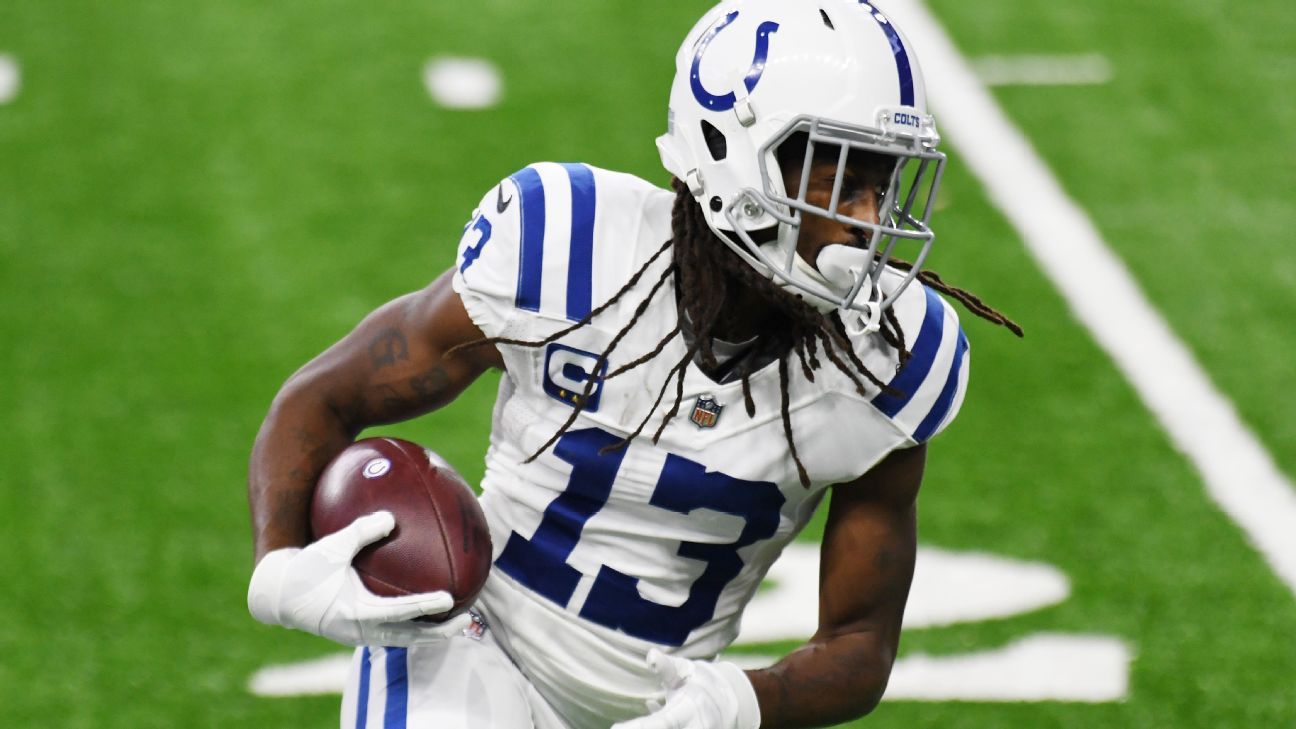 Colts rule out Hilton vs. 49ers; Nelson off IR
6 mins ago

Colts rule out Hilton vs. 49ers; Nelson off IR