Before I share my interview with Dr. Robert Pearl, author of the incisive new book “Uncaring: How the Culture of Medicine Kills Doctors and Patients,” let me tell you about a recent experience I had with a doctor that confirms why the culture of medicine needs to change.

I had a boil lanced by a plastic surgeon, who also took a biopsy to see whether the problem was anything serious. He told me he’d have results in a week. Nearly two weeks passed and I didn’t hear from his office, so I called and was told by an employee that the biopsy showed it was a cyst and was “abnormal.” I asked what that meant and was told the doctor would explain at my upcoming appointment. When I saw him, he told me the biopsy found it was just a cyst, not cancerous.

“Your experience not hearing back about your biopsy results is the typical experience of patients,” Pearl, the former CEO of the nation’s largest medical group (The Permanente Medical Group) told me. “Is there an expense of having someone in the doctor’s office call and leave a message saying: ‘You’re OK’? Probably about 50 cents or a dollar, but it’s just not valued.”

Here are highlights from my conversation with Pearl about the views he espouses in “Uncaring.” (All the book’s profits go to the charity Doctors Without Borders.)

Next Avenue: How did we get to this culture of medicine that you say kills doctors and patients?

Dr. Robert Pearl: The culture hasn’t changed; what’s changed is the world around it.

If you think back to health care prior to about 1950, there was actually very little that doctors could do. We could set a bone. When penicillin came along, we could prescribe a basic antibiotic that was effective against pneumonia. But most diseases, we didn’t know how to treat. When there was so little that we could offer, we developed defense mechanisms.

And then we advanced the profession, but cultures learned in medical school were 10, 20, 30, 40 years behind the time.

So, the pressure and the depression and denial that we [doctors] use to simply get through our day became a means of not seeing the ways that we harm patients by elevating intervention over prevention. It harms patients because they die unnecessarily of strokes and heart attacks; they develop kidney failure. They go on to get cancer that could have been avoided.

How does the culture of medicine kill doctors? I think our readers are going to think, gee, a lot of doctors make a lot of money. Why would we be seeing suicidal thoughts among doctors?

And I think what’s happening is this mismatch between the culture and the 21st century system of health care.

Has COVID-19 contributed to burnout of doctors?

I spoke with one physician who lost four patients in one day; a resident who started the month rotation with six patients in the ICU and were dead by the end of the month. And I talked to a doctor who was one of the grittiest, smartest, best doctors I’ve ever met. She said she couldn’t go to sleep at night and would wake up in the morning before dawn covered in sweat. This is PTSD at its maximum.

I’m encouraging all of the hospital administrators and the residency directors and the chiefs of staff to bring in psychological help.

How well do doctors help older patients and families deal with death?

A culture of medicine makes doctors very resistant to dealing with death.

My father had a bleed to his brain; he was never going to recover. One doctor wanted to do a tracheostomy to replace the breathing tube. Another wanted to put in a feeding tube. The neurosurgeon wanted to take out a piece of skull. We said: ‘This is ridiculous. This is not what our dad would have wanted.’

And then we didn’t see another doctor for 2½ days, because of the culture of medicine; the doctor unable to address a problem feels completely inadequate. Yet this is exactly when the family needs the maximum support. And doctors avoid it, rather than participating.

How and why does the culture of medicine kill patients?

Let’s look at COVID-19. Many of the people who died had two or more chronic diseases and many of those could have been prevented or at least managed in a way that the complications were far less frequent. Patients were killed as a result of that.

So, we don’t do enough about prevention?

Right. We minimize the role of primary care doctors, they’re near the bottom of the totem pole…And the data says that adding 10 primary care physicians to a community increases life longevity 2½ times more than adding 10 specialists.

What have you seen about how Black patients and white patients have been treated in the pandemic?

The mortality rate is three times higher for Black women than white women, except when the attending physician is a Black physician.

How can this happen?

It has to do with implicit bias, which is part of human nature.

You also wrote about how the culture of medicine has led to more medical mistakes. Can you talk about the connection between those two?

In my first book [“Mistreated: Why We Think We’re Getting Good Healthcare — And Why We’re Usually Wrong”], I wrote about my dad’s death from a medical error. He had developed a hemolytic anemia that lowered his blood count. And the treatment he needed was to have his spleen removed. There was a vaccine capable of preventing pneumonia associated with patients who have had their spleen removed and he should have received it. He never got it.

One of the parts of the book I thought was fascinating was when you wrote about how doctors are not customer friendly.

I start with the view of [physician] culture that the patients’ convenience is not valued. That you should be grateful that I force you to come to my office and miss a day of work and get through traffic and try to park your car to have 10 minutes with me because I am so valuable.

We have online tools to book a flight or a hotel, but you have to wait till the next day to call the doctor’s office to make an appointment. At five o’clock, we shut our offices down. They’re closed on Saturday and Sunday in general…There’s no continuity of care on the weekends.

We could do it differently, but in the medical culture, we don’t see it as a priority. We see the physician’s time as a priority.

My belief is that in evolving the system and the culture to maximize the care for patients, it’s also going to improve the satisfaction of doctors.

What do you think the future holds for health care costs in America?

I think that coming out of the coronavirus era, the cost of health care will go down…Health care costs are way too high for the average family to afford.

How do you lower prices in a highly predictable kind of way?

One way is called rationing. You essentially say: ‘These are the dollars we have and when we’ve spent through them, we can’t do any more. You’re over a certain age, you’re not going to get heart surgery, you’re not going to get hip replacements…You come to the emergency department, you might have to wait 10 or 12 hours. There’s a new drug that works? Sorry, it’s too expensive; you can’t get it.’

Alternatively, you can transform American health care. And I think that faced with this challenge, this is where the culture will become better. The first step would be moving from the current fee-for-service model to a single payment, a so-called capitated model.

Does that mean either Medicare for all or government-run health care? And what does a ‘capitated model’ mean?

Capitated just means ‘per head.’ So, a group of physicians in a hospital are given a certain amount of money based upon the number of people they are taking care of. That’s the opposite of fee-for-service where there’s a certain price set and the more things you do, the more you get paid.

Now, whether that money came from the government or from an insurance company or from a business, it is different than Medicare for all.

And when you move to a capitated, single payment, doctors start to say: ‘Oh, I guess prevention is really important. Not only do my patients do better, but I do better. Oh yeah, it’s probably really good if the primary care and the specialist work together, because we can take out redundant steps and we can make the care more convenient for patients.’

If we go to that, and people are told that we don’t have money for the surgery or treatment you want, they’re going to think, ‘I’m going to get worse’ or ‘I’m going to die.’ Should they be worried about this?

You’re absolutely right. That is the fear people have.

The first thing I would say is there are a lot of protections against it. Physicians take an oath to ‘first do no harm.’… More importantly, if patients don’t get the appropriate testing, doctors could well face a malpractice suit.

Do you think that doctors and hospitals and insurers want things to change?

Absolutely not. In their mind, it’s not their problem.

Then why will we ever see it?

Amazon right now is taking on this role. It’s only a matter of time until they start to have centers of excellence, where they can provide the highest quality at a much lower cost of care.

So, I think this change is going to happen. My hope is it’s going to be led by clinicians, because I do believe in the end, they are the best people to do it. But if they don’t do it, it’s going to be done by someone else.

Will it take five years, 10 years? I don’t know. The change will happen, and I think it will happen sooner if patients demand it.

I love medicine. I think being a physician is the greatest privilege that exists in life. I can say that in my professional life, the best decision I ever made was to become a doctor. When I talk about the problematic things [in health care], it’s coming out of love.

I want the next generation of doctors to be able to say what I said: That medicine was the greatest profession and going into it was the best choice they ever made.

Read next: Long-haulers are still struggling — ‘I think this virus has physically and mentally aged me more than 10 years’

Richard Eisenberg is the Senior Web Editor of the Money & Security and Work & Purpose channels of Next Avenue and Managing Editor for the site. He is the author of “How to Avoid a Mid-Life Financial Crisis” and has been a personal finance editor at Money, Yahoo, Good Housekeeping, and CBS Moneywatch.

This article is reprinted by permission from NextAvenue.org, © 2021 Twin Cities Public Television, Inc. All rights reserved.

More from Next Avenue: 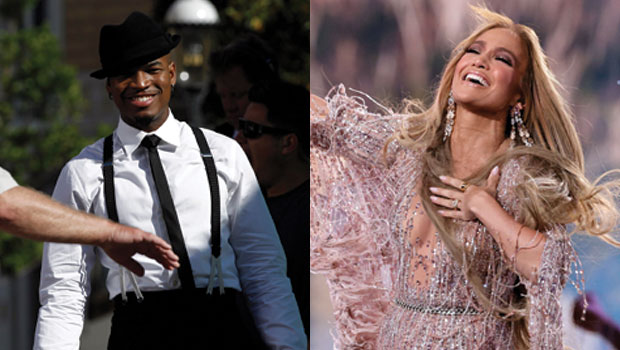 Ne-Yo Shares His Advice For Friend J.Lo After She Rekindles Her Romance With Ben Affleck
53 seconds ago

Ne-Yo Shares His Advice For Friend J.Lo After She Rekindles Her Romance With Ben Affleck 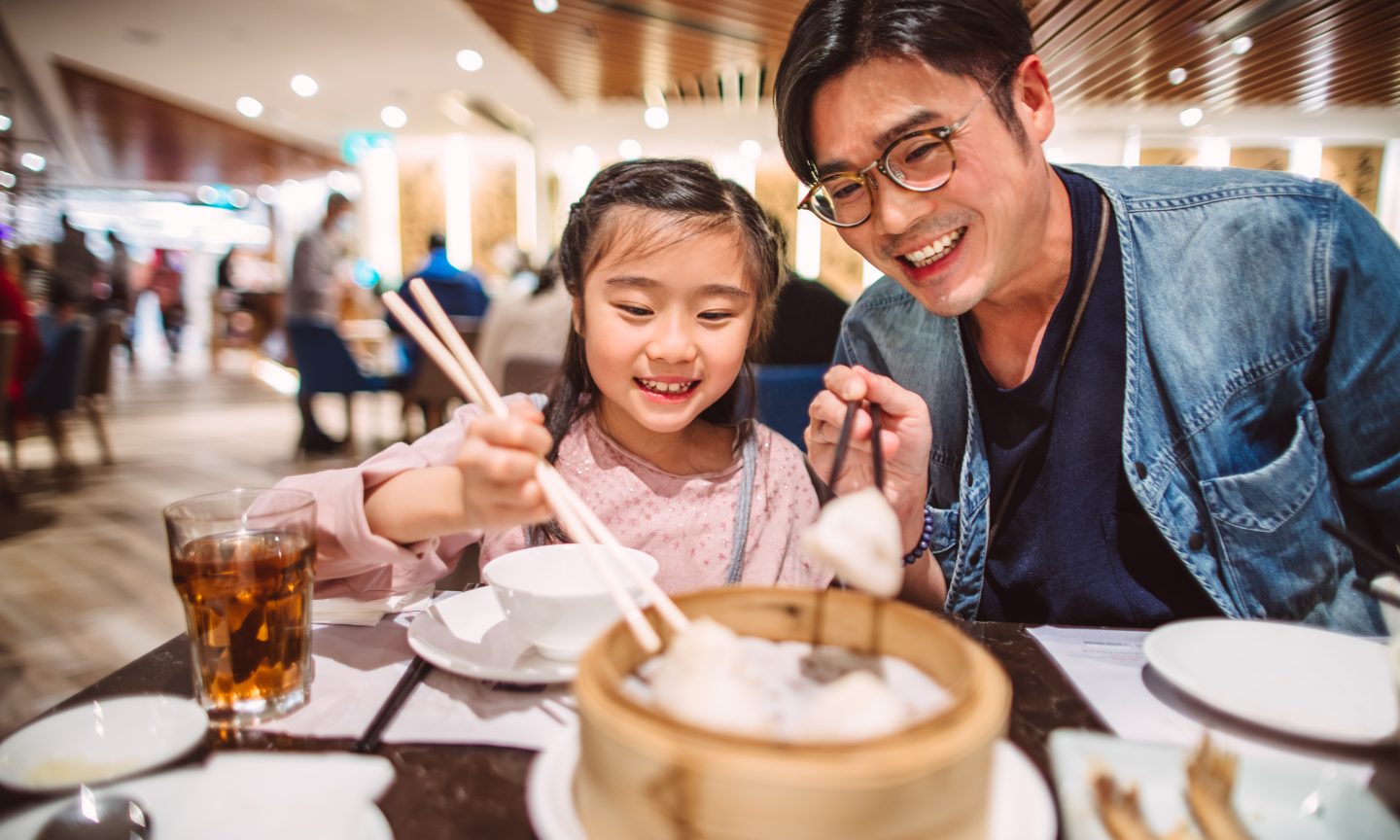 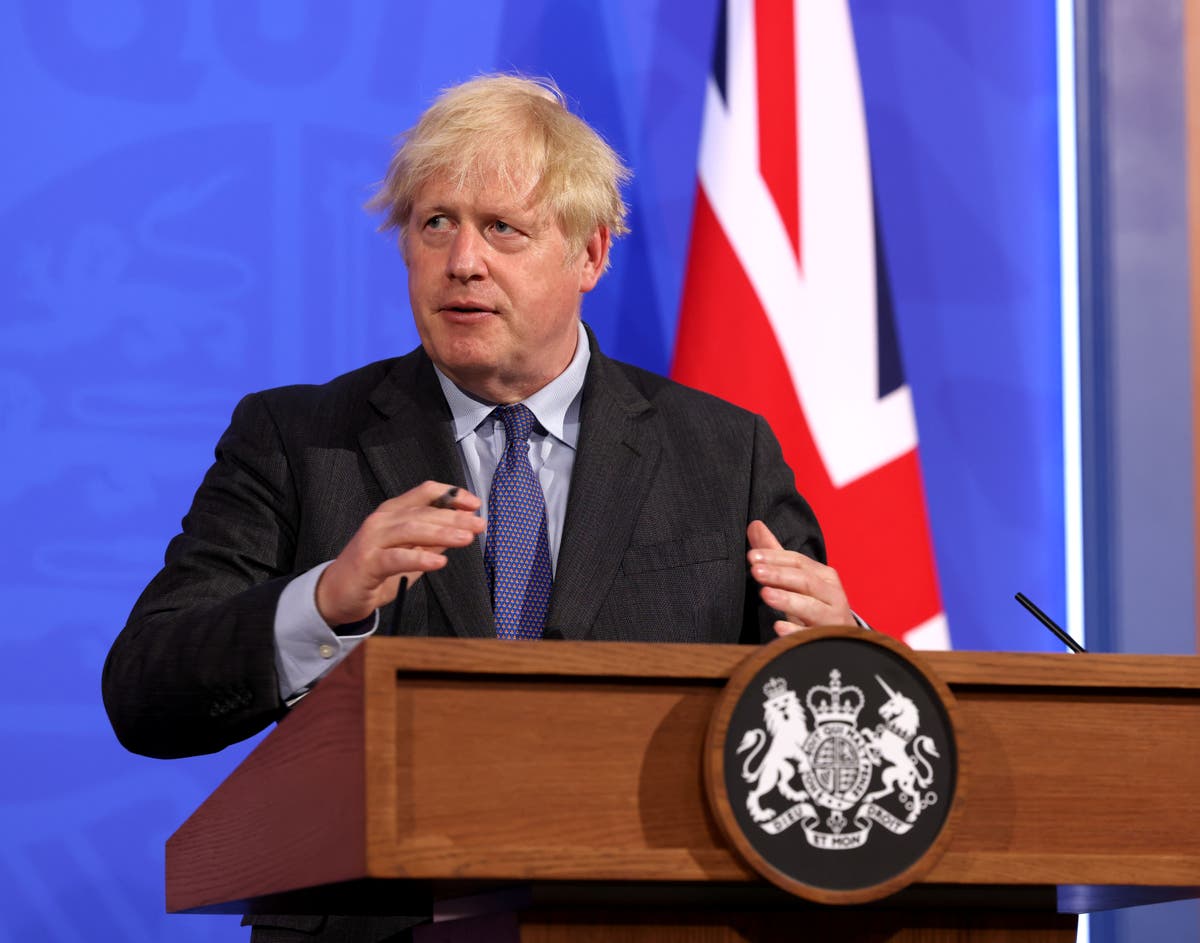 FTSE 100 set to rise despite worry over Covid lockdown extensions