MANCHESTER, England — There were Borussia Dortmund players sprawled on the turf, their bodies suddenly exhausted and their spirits sunk at the last moment. Manchester City’s substitutes and coaching staff had greeted the goal that inflicted the damage with great, guttural roars, leaping from their seats, pumping their fists in the air.

All last-minute victories are dramatic — the clue is in the name — just as all last-minute defeats are devastating, but the emotions they generate for the victors are not all the same. Some are joyous, with smiles and screams of delight. And some are rooted in something much closer to relief, the sense of a bullet dodged, moments met with gritted teeth and shouts of defiance.

This, for Manchester City, was very much a Column B sort of occasion. Pep Guardiola’s team had, after all, been considered an overwhelming favorite: playing at home, soaring alone at the summit of the Premier League, all but untouchable since the turn of the year, and imperious in the Champions League. It had not so much as conceded a goal in this competition since the opening match of the group stage. It has the air of a club inching inexorably closer to an unprecedented domestic and European quadruple.

Its opponent, meanwhile, was addled in crisis. Dortmund is in between managers. It is languishing fifth in the Bundesliga, unlikely to return to this competition next season unless it can win it this time around. Its prize possession — the striker Erling Haaland — apparently is starting to cast glances elsewhere, wondering if he might find a home where he can more easily fulfill his ambitions. No match at all, in other words, for a team as slick and smooth as Manchester City.

And yet it was not until the game had ticked into its 90th minute that Phil Foden managed to squeeze in the goal that won the game, 2-1, for City. Even then, for all Dortmund’s despair, a sense of at least mild disappointment will linger over City for the next week or so, a knowledge that the job not only remains unfinished, but may well prove more complex than advertised.

Guardiola’s team will expect, of course, to progress to the first Champions League semifinal of his tenure — in his fifth season, a wait rather longer than he and the club probably expected — after the return leg in Germany next week; City is, without question, a more complete, more polished team than Dortmund. That is as it should be: The latter is the sort of place elite players come from, after all. The former is generally the sort of place they go to.

But while there is an undeniable difference in experience and expectation, in financial heft and individual quality and collective organization, those advantages do not necessarily carry as much weight in an individual game as they might over the course of a season. In the blink of an eye, over an hour and a half, they are not quite as decisive as we like to assume.

And so a team as flawed as Dortmund can play a team as fine as Manchester City and come within a whisker of escaping with a draw and, crucially, leave with an away goal. Not even escape, in fact, because for long periods the German team held the Premier League leader at bay with if not ease, then certainly a degree of comfort.

City took the lead only because of an egregious unforced error from Emre Can, who carelessly gave the ball away just as his team was starting to establish itself in the game. Guardiola’s team only started to create chances with any frequency in the last 20 minutes, as Dortmund started to show the first flickering of weariness.

All the time, too, Dortmund carried no little threat itself. Its menace is not quite so well-honed as City’s, of course. It does not have quite so much control or poise; it most certainly does not carry with it that sense of inevitability that City has turned into an art form, that feeling that a goal can and will arrive at any minute, as sure as the sun rises in the morning.

But that does not mean it cannot pose problems, ask questions, cause trouble. Jude Bellingham should have tied the score in the first half, his goal instead ruled out because of an extremely dubious foul on Ederson, Manchester City’s goalkeeper, by the referee, Ovidiu Hategan.

Haaland might have scored, too, after halftime, burning off a challenge from Rúben Dias with startling, breathtaking ease, only to see Ederson foil his finish. When Haaland picked out his captain, Marco Reus, to draw his team level — and, for a while, to give Dortmund a rousing result to carry back to Germany — that was no less, really, than it deserved.

Foden’s goal in the 90th minute, of course, denied Dortmund that, but Guardiola will know that his team’s advantage is a slender one. He already knows perfectly well that the finest-laid plans can be picked apart at this stage of the Champions League — by Lyon last year, by Tottenham the season before that, by Liverpool in 2018 — and that, occasionally, it is the teams that embrace the chaos that prove most effective at doing it.

Dortmund certainly fits that bill. It has one rising superstar in Haaland — there is a reason that, strangely, one of Hategan’s assistant referees appeared to ask the Norwegian for his autograph as they made their way down the tunnel after the final whistle — but he is not alone. Dortmund is not a one-man band, no matter how bright Haaland shines.

“If I picked any player from Dortmund, they would have quality,” Guardiola said before the game. He was right, of course. Maybe not quite so much quality as City has, clearly: Dortmund could not leave Raheem Sterling and Sergio Agüero and Gabriel Jesus on the bench. But enough to cause problems, enough to do damage: not over an entire year, perhaps, but over the course of a single evening.

There is a reason City is favored to win this competition. No side, apart from perhaps Bayern Munich, can reach so high as Guardiola’s team. But this competition is rarely that simple. The gaps between teams are far finer than they appear, and all you need, on any given night, is a puncher’s chance. 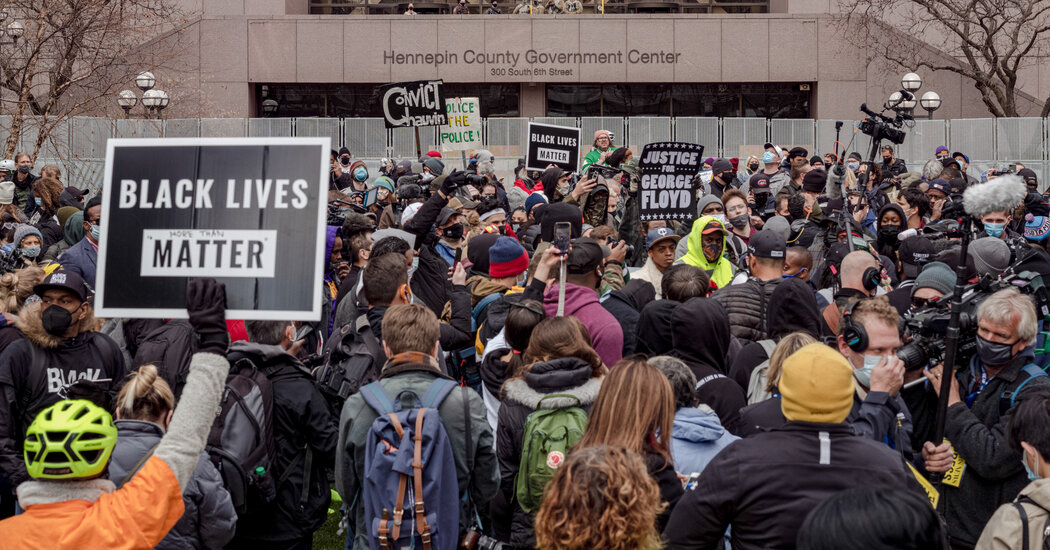 Chauvin received three guilty verdicts for one crime. Here’s why and what it means for his sentence.
19 seconds ago 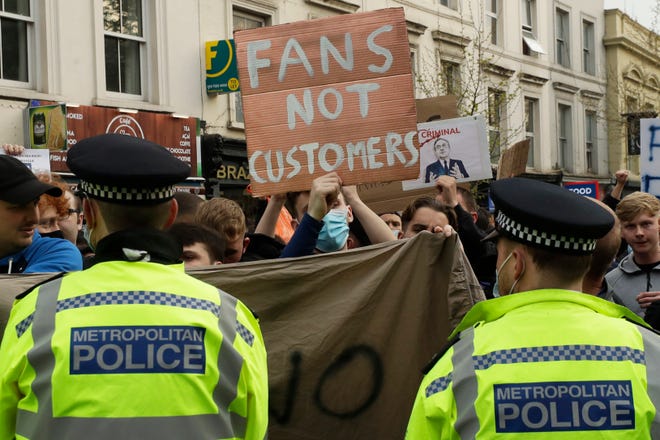 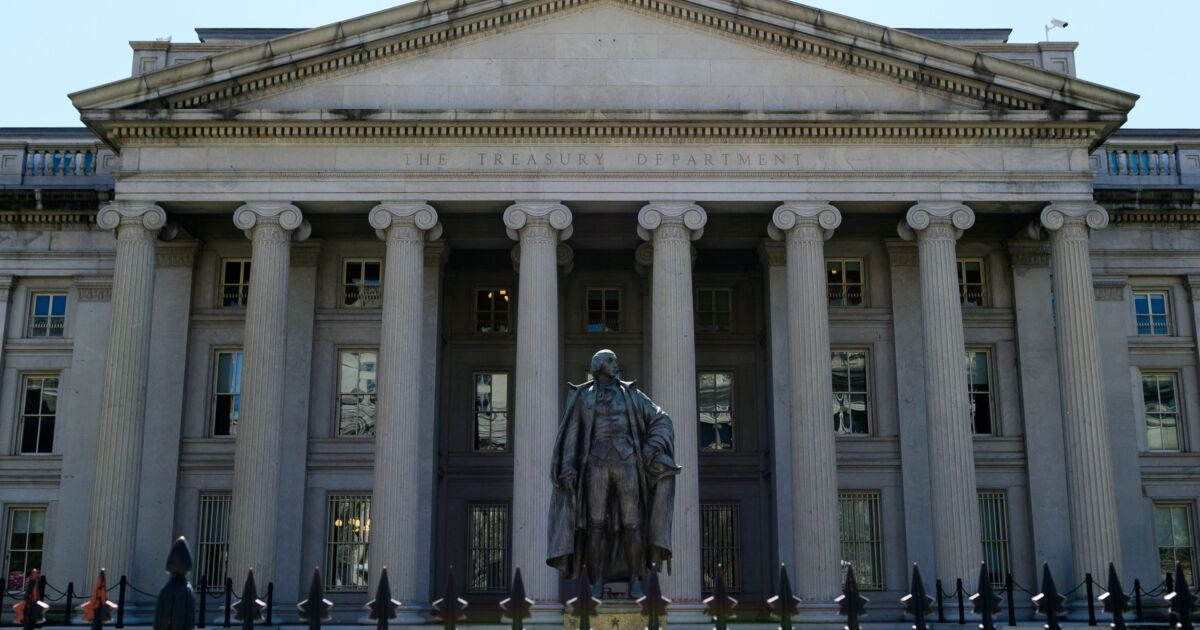 ‘A watershed moment’: CDFIs hope to capitalize on federal funding boost
10 mins ago