Investors looking for stock ideas into the second half of 2021 may want consider some of these fresh ideas.

These are stocks that Wall Street analysts believe are primed to surge over the long run and offer good value now. The names highlighted in this article not only fit the mold, but also have been given a thumbs up by pros that consistently get it right. TipRanks analyst forecasting service attempts to identify the best-performing analysts on the Street. These are the analysts with the highest success rate and average return per rating, factoring in the number of ratings assigned by each analyst.

FIGS is a direct-to-consumer (DTC) healthcare apparel company which designs products that are both comfortable and durable. Over the last five days, shares have gained 33%.

The name has racked up several bullish recommendations recently, including one from Oppenheimer’s Jason Helfstein. On June 21, he kicked off his coverage of the stock with a Buy rating and set a $45 price target.

According to Helfstein, FIGS has 1.3 million active customers, with the number of healthcare workers throughout the U.S. and globally landing at 21 million and 118 million, respectively. “As a technology-enabled DTC brand, FIGS is disrupting the $79 billion-plus healthcare apparel industry that has historically consisted of thousands of small brick & mortar retailers lacking a strong digital presence,” the analyst cheered.

By creating the largest DTC platform in the healthcare apparel industry, Helfstein says that FIGS will have more control when it comes to the end-to-end user experience.

What exactly makes the company a stand-out in the space? Helfstein argues that its “focus on product design and functionality has allowed FIGS to disrupt legacy operators still relying upon tired and undifferentiated product offering.” This has led to higher repeat buyer activity, with repeat customers making up 62% of FY20 revenue, up from FY18’s 52%.

It’s worth mentioning that approximately 55% of FIGS’ active customers are 18-35 years old, which Helfstein thinks “makes FIGS well positioned to benefit from a lifetime of recurring product sales.” He added, “We believe young cohorts will become increasingly valuable as they progress in their careers and have more disposable income available.”

As for the valuation, Helfstein’s price target implies 17.5x FY23E EV/ gross profit, which is a premium to other high growth digital players. That being said, the analyst states that a “premium multiple is justified given faster growth than peers, higher likelihood of repurchase activity, and disruptor status in a largely underpenetrated market with ample room for expansion.”

For BTIG analyst Jake Fuller, real estate and rental marketplace Zillow Group reflects an exciting investment opportunity. As such, the top analyst reiterated a Buy rating and $202 price target, which puts the upside potential at 75%.

“Our favorable view of ZG is driven by healthy growth prospects in its core high-margin advertising business, as well as increased comfort in the ability to ramp the Offers platform over the next several years,” the BTIG analyst opined.

Fuller tells investors that he has been tracking the number of active listings, removals and additions across several iBuyers in the space. It should be noted that active listings refer to an inventory proxy, but pending sales and homes undergoing renovations are not included. The analyst added that “new listings are a lagging indicator of purchases as a purchased home isn’t listed until renovations are complete” and “removed listings are a leading indicator of sales.”

With this in mind, Fuller found that “ZG looks to be back on track in the iBuyer business following a January-February lull in purchase activity and that should put it ahead of Q2 guidance.”

Digging a bit deeper into the details, through the middle of June, Zillow has added 2,600 listings and removed 2,000. This “should be enough to top the Offers revenue guide of $720-750 million,” in Fuller’s opinion, with solid pricing trends potentially resulting in “elevated gross margins.”

Fuller also noted, “On the other side, ZG has removed over 2,000 listings with volume ramping sequentially throughout Q2. We also see ZG’s average listing price tracking 5%-plus sequentially. Depending on how the rest of June plays out, Offers could be on a path for revenue in the $800 million-plus range.”

According to TipRanks, on average, Fuller’s calls generate returns of 20.8%, with his success rate coming in at 64%.

Tyler Technologies, a vertical software company that serves the public sector, was just deemed a “Fresh Pick” by Baird analyst Rob Oliver after a visit to the company’s headquarters. In addition to this designation, Oliver kept a Buy rating and $500 price target on the stock, implying 12% upside potential.

“We have long been fans of TYL due high barriers to entry, expanding TAM, and a strong track record of execution. The move to a subscription-first company, re-platforming to AWS, and continued expansion of end-markets leave us more confident in the multi-year opportunity,” Oliver explained.

At the end of April, Tyler Technologies revealed that it had completed its acquisition of NIC, a digital government payments and solutions provider. “A transaction of this magnitude,” according to Oliver, not only opens TYL up to a less familiar market, but also “introduces multiple risk vectors.” However, the analyst came away from the visit “more comfortable” about the strategy as well as the integration and cross-sell/upsell opportunity.

Expounding on this, Oliver stated, “We expect payments will be the first area where the two companies find synergies, with TYL’s small payments offering benefiting from the scale, reach and better economics of NIC payments. We also came away with a better understanding of some of the ways NIC intends to drive TYL products into its 28 state Master Enterprise Contracts, which have the potential to capture more share spurred by pandemic-related spending.”

So, given the $350 billion of Federal funds allocated to State and Local governments from the American Rescue Plan (ARP) as well as additional funds from possible infrastructure legislation, Oliver sees “state and local stepping up to address the critical need to upgrade antiquated IT infrastructure/software, the failings of with were exposed by the COVID-19 pandemic.”

As Oliver has achieved an 83% success rate and 32.6% average return per rating, he holds the #78 spot on TipRanks’ list of best-performing analysts.

Recently, PayPal announced that effective August 2, it will be changing several of its pricing structures in the U.S. It should be noted that these changes will only impact U.S. merchants that don’t have custom pricing arrangements.

According to Kupferberg, for the most part, small- and medium-sized business (SMB) merchants don’t have these kinds of arrangements, but large merchants do. Additionally, he argues that the “most meaningful of these changes” is the increase in the price of branded online PayPal transactions, which include PayPal Checkout, Pay With Venmo, PayPal Credit, Pay In 4, PayPal Pay with Rewards and Checkout with crypto. The charge was lifted from 2.9% + $0.30 per transaction to 3.49% + $0.49 per transaction.

Bearing this in mind, given an average PayPal transaction of $65, Kupferberg calculated a price hike of roughly 90 basis points, or 26%.

“PYPL is justifying this price increase based on the increased value PayPal is bringing to these merchants, for example in the form of higher conversion (less cart abandonment) and the 15% lift in payment volume that customers of PayPal’s new Buy Now, Pay Later solution have experienced. Though price increases can induce some churn, we think these merchants benefit from using PayPal more than ever, which should mitigate this risk,” Kupferberg explained.

Based on the analyst’s estimates, the potential contribution to 2022 revenue from the price increase could land at 2%. That being said, this has already been included in management’s guidance for this year and beyond.

“In our view, PYPL flexing its pricing power is just one more reason to be bullish on shares. The pricing changes are also reflective of PYPL’s very strong competitive position, we believe,” Kupferberg noted.

When it comes to the valuation, on a PEG basis, Kupferberg thinks it is “quite palatable relative the S&P 500.”

Delivering a 72% success rate and 17.3% average return per rating, Kupferberg is among the top 170 best-performing analysts.

Hub Group was just named one of Cowen’s best smidcap ideas for 2021 by analyst Jason Seidl. In line with his optimistic approach, he reiterated a Buy rating on the intermodal marketing name. On top of this, he bumped up the price target from $77 to $83 (23% upside potential), reflecting a Street-high.

During 2020, about 60% of the company’s revenue came from the intermodal segment, “a market that has continued to improve year-to-date and remains well positioned to benefit from loosening supply chain congestion, which should take down costs,” in Seidl’s opinion.

Looking at the firm’s carload data, intermodal volumes have increased about 26% quarter-to-date, in line with Seidl’s new volume intermodal assumptions for the second quarter, with this taking the soft comp from Q2 2020 into consideration. What’s more, Class I investments in intermodal terminals could “enable growth in utilization and capacity across the segment for large players like HUBG,” according to the analyst.

Seidl acknowledges that when 2021 kicked off, there was congestion throughout the supply chain, specifically at ports, which led to “significant cost implications for shippers and carriers.” He also points out that demurrage charges, late fees and other costs associated with delays weighed on margins in the first quarter.

However, this headwind could be fading. Seidl said, “We have heard that congestion has started to ease (although still at elevated levels), with the Port of Long Beach working through backlog with only 14 ships awaiting docking in the first week of June, compared to ~40 back in February. We are still seeing some congestion at inland locations due to lack of equipment and workers. As these congestion issues ease, we expect cost headwinds to correlate.”

Another positive for Hub Group is the strong pricing environment, with Seidl anticipating “intermodal margins to improve significantly as we move through bid season and realize rate increases (management stated in Q1 that they are renewing at double digits, which is above what we had expected).” As such, management expects consolidated gross margin to be in the range of 12.5%-13%, “with intermodal gross margins increasing every quarter sequentially as new contracts get re-priced.” 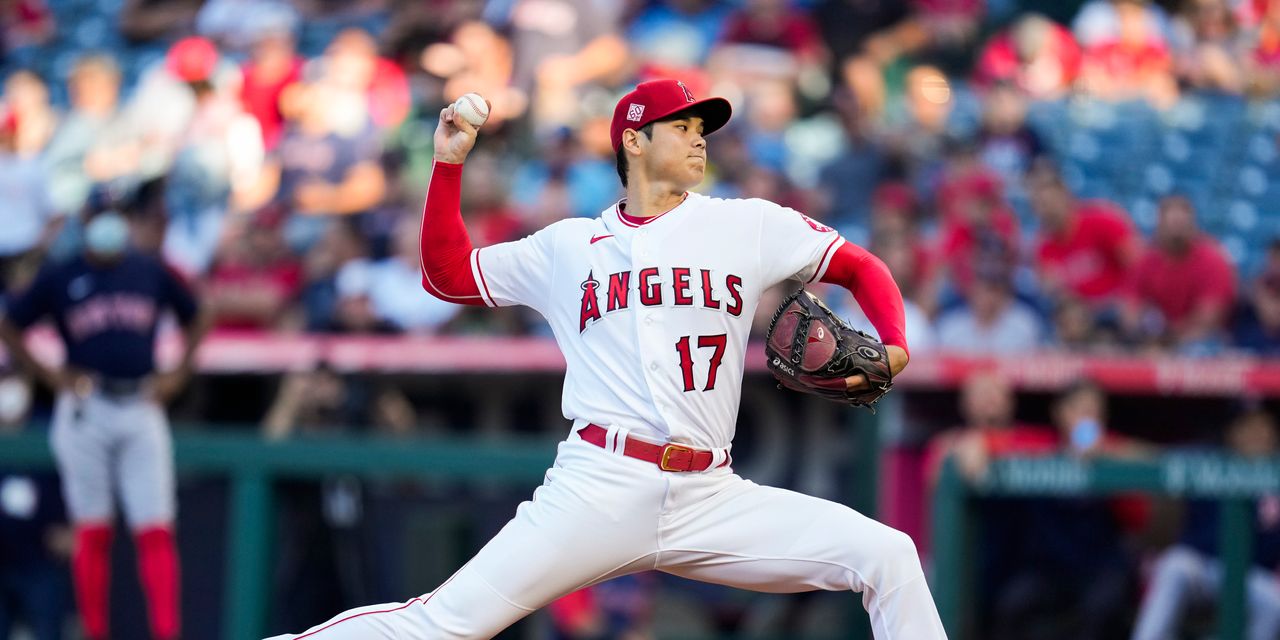 Police appeal after motorcyclist, 72, killed in crash
3 mins ago

Going Back To Normal Now Will Lead To Lockdowns, Warns Vaccines Expert
4 mins ago

Going Back To Normal Now Will Lead To Lockdowns, Warns Vaccines Expert 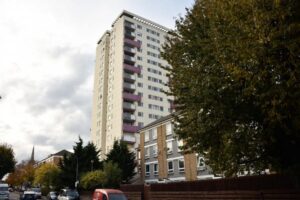