Investors looking to make money from cryptocurrencies such as bitcoin are being warned to steer clear of a trading platform that is advertising its services on the internet.

In recent weeks, a number of investors have contacted The Mail on Sunday stating they have been unable to withdraw their funds from the InvestXE platform and their accounts have been frozen. This is after being bombarded with calls and texts from InvestXE representatives urging them to invest more.

In one instance, an investor whose requests to withdraw money were repeatedly denied, says he was threatened verbally after posting negative comments about the company on review website Trustpilot. He reported the incident to West Mercia Police, which recorded it as a ‘threats to kill’ crime. The police later told the investor that it could not proceed with investigations because InvestXE operated from outside the UK.

Shadowy: InvestXE boasts on its website that it is a trading platform for the ‘2020s and beyond’ and has taken the ‘trading world by storm’

InvestXE boasts on its website that it is a trading platform for the ‘2020s and beyond’ and has taken the ‘trading world by storm’. It claims to have more than 100,000 clients spread across 170 countries and enables investors to access more than 16,000 markets – from popular cryptocurrencies such as bitcoin through to commodities.

Although the company says it is incorporated in Dominica – a mountainous Caribbean island – its website implies that it is regulated some 150 miles away by the St Vincent & The Grenadines Financial Services Authority. The regulator’s logo adorns its ‘about us’ page.

Yet in an alert issued late last month, the same authority reiterated that it does not grant licences to companies which trade foreign exchange (Forex) or complex financial instruments such as binary options – exactly the business InvestXE is involved in.

It also said it does not ‘regulate, monitor, supervise or license’ international companies which engage in such activities. While the regulator does not name InvestXE directly, the alert goes on to warn the public to be wary of trading frauds. ‘These deals,’ it says, ‘may be scams and although they may look like a new sophisticated form of investment opportunity, they may be a form of financial fraud which targets retail customers.’

Last week, the Financial Conduct Authority banned cryptocurrency specialist Binance Group from carrying out any regulated business in the UK. Although crypto assets such as bitcoin are not regulated by the FCA, complex financial products linked to them are (for example, options and contracts for difference). The regulator is increasingly concerned that the crypto asset marketplace is becoming fertile territory for frauds and scams.

The Mail on Sunday believes far more needs to be done to tackle the mounting tide of financial crime that has now reached epidemic proportions – with its flames fanned by the pandemic.

Last week, as part of our Nail The Scammers campaign, we urged the Government to do more to stamp out all forms of financial fraud, including that around cryptocurrencies. We called for a dedicated, properly resourced police unit to be formed, focusing purely on fighting financial crime – part funded by the big banks, internet providers and mobile phone companies which all need to do more to thwart fraudsters.

Earlier this year, Andrew France, a semi-retired microbiologist from Shrewsbury, invested £8,500 with InvestXE and fears he will never see his money again.

Andrew, 68, is an accomplished skier whose claim to fame is that he helped both Welsh opera singer Katherine Jenkins and Amelle Berrabah (former member of pop group Sugababes) learn to ski. He owns a ski chalet in the Rhone-Alps and has an impressive CV that includes management and director roles at a number of blue chip companies such as Grand Metropolitan, PepsiCo and McCormick.

Andrew admits he was lured into using InvestXE by ‘being stuck at home and bored’ – he has been unable to ski since the pandemic struck and his chalet has remained unused. ‘It was January,’ he says. ‘I was watching daytime television and I saw something about making money from bitcoin. I thought to myself, ‘I wouldn’t mind a bit of that’ so I went on the internet to find out more.’

He ended up looking at the InvestXE website and left his name and phone number to get further information. Within 30 minutes, he was phoned and after providing a copy of his passport photo, debit card and proof of address, he was signed up to trade.

The next day, he was contacted by an InvestXE trader calling himself Joseph who asked whether he wanted to start trading – the answer was ‘yes’. Joseph then proceeded to show him how to deposit money, accessing his computer remotely through an app called AnyDesk that Andrew was asked to download. Initially, he invested a small amount (£200), but then proceeded to deposit larger amounts as Joseph, trading on his behalf, won over his trust by seemingly making some serious profits. In total, Andrew invested £8,500 and it was soon worth in excess of $20,000 (just short of £14,500). Yet, Andrew was getting suspicious. He was being bombarded with dozens of texts from Joseph every day, many of which were requests for more money.

Four days later, Joseph says: ‘Wish I had some more food into your account. Bigger capital equals bigger profits. Bigger profits for you. Bigger commissions for me.’ Andrew responds: ‘Sorry but [you] have it all [all of my money].’

When Andrew asks to withdraw some of his money (£1,000), Joseph is taken aback. ‘Andrew, you’re telling me you don’t have that £1,000 on [in] your bank account man? We’re talking business here. I did put a lot of effort in [into] your account man.’ Requests for more money keep coming. ‘I need you with 10k now Andrew,’ texts Joseph on January 29. ‘Let us make the atoms of trading together. This is a million dollar moment.’

Although Andrew still wants to make a withdrawal, Joseph ignores his request and encourages him to borrow £10,000 – ‘every wife is happy to have a brave husband’.

The mood then turns sour after a phone call in which Andrew mentions a series of damning reviews about InvestXE on website Trustpilot. Joseph texts: ‘I don’t want to work with you unless you prove to me and trust me another 10k in this business by Monday. Period. 10k on Monday or every business with me comes to an end.’

On February 21, after a request to close his account and return the proceeds to his bank Barclays is not acted upon, the penny drops for Andrew – he has been the victim of a scam.

In early March, after posting a number of negative reviews about InvestXE on Trustpilot in his own name, he was phoned by someone called George. He was blunt: Andrew should not post any more bad reviews and if he did, they knew where he lived and bad things could happen. The call was overheard by his wife and a friend – and Andrew reported the incident to West Mercia Police and was given a crime reference.

So far, Andrew has had no joy getting his money back. Barclays, his bank, refuses to refund him because the money from his account went to InvestXE via Coinitix, a legitimate cryptocurrency exchange platform. Other investors who banked with Barclays have been refunded.

Andrew has also approached Visa, the issuer of his debit card, which boasts of protecting customers from fraud through a ‘zero liability policy’. It has yet to confirm whether he will get a refund.

On Friday, Barclays said: ‘We have every sympathy with our customer, who was the victim of a cryptocurrency investment scam. We encourage everyone to stay vigilant to fraudulent online advertisements.’

Marcia Ines Gandara, a driving instructor from Bromley, Kent, is another victim. Earlier this year, she gave £5,000 – in stages – to InvestXE to trade. Like Andrew, she was then asked to invest more (£20,000) which she refused to do.

Getting nervous, she asked to withdraw some of her money, but she was stonewalled. Last month, her account was frozen and although customer services told her she would be repaid, she has not received a penny. ‘They are relentless in getting you to invest more,’ she says. ‘Something needs to be done to stop this company, which is scamming so many people.’

Reviews posted on both personalreviews.com and Trustpilot echo Andrew and Maria’s experiences.

On Friday, the Financial Conduct Authority told The Mail on Sunday: ‘The FCA has continually warned of risks of investing in crypto assets, or investments and lending linked to them which generally involves taking very high risks with investors’ money. Direct investments in crypto assets are outside of our regulation.

‘If consumers invest in these types of product, they should be prepared to lose all their money and they are unlikely to have access to any redress or compensation schemes.

‘We advise consumers to check if the firm they use is on the FCA’s register or list of firms with temporary registration. If they are not, check whether they are entitled to carry on business without being registered with the FCA (this may apply if they are registered in a different country).’

It added: ‘Neither Coinitix, nor InvestXE, is registered with the FCA for money laundering purposes or is regulated by the FCA.’

InvestXE did not respond to a request from The Mail on Sunday for comment. Coinitix said it was not ‘connected to any brand, trading company or alike’. 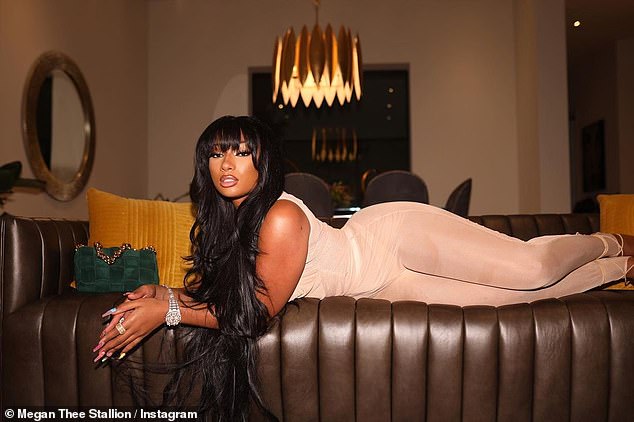