The energy transition from fossil fuels to renewable energy is one of the biggest investing megatrends of our lifetime. It will take an estimated investment of more than $100 trillion over the next 30 years to decarbonize the global economy.

Given the vastness of this opportunity, we asked some of our energy contributors for their top renewable energy investment options right now. They chose Brookfield Renewable (NYSE:BEP)(NYSE:BEPC), TotalEnergies (NYSE:TTE), Royal Dutch Shell (NYSE:RDS.A)(NYSE:RDS.B), BP (NYSE:BP), and ReNew Energy Global (NASDAQ:RNW). Here’s why these companies stand out as their top picks to invest in renewable energy right now.

Matt DiLallo (Brookfield Renewable): I own shares of several companies in the renewable energy industry. My top holding is Brookfield Renewable. That’s because it has done a phenomenal job creating shareholder value over the years. Since its inception, Brookfield has generated a 20% annualized total return.

As good as Brookfield has been in the past, I think it could create even more value for investors in the future. That’s because the global economy is rapidly working to transition to renewables, putting Brookfield in an ideal spot to benefit from this megatrend.

Brookfield has a leading global portfolio of renewable energy assets that should capture higher power rates and reduce costs as it increases its scale in the coming years. On top of that, Brookfield has an even bigger pipeline of high-return renewable energy development projects that it can complete in the future. Add in the upside from anticipated acquisitions, and Brookfield envisions growing its cash flow per share by as much as a 20% annual rate. That’s almost double the growth it delivered over the past decade. Further, it easily supports Brookfield’s plan to grow its dividend — which yields 2.7% — at a 5% to 9% annual rate.

That combination of dividend income and above-average earnings growth positions Brookfield Renewable to generate high-powered total returns in the coming years. That’s why it’s my favorite energy stock these days.

Reuben Gregg Brewer (TotalEnergies, Royal Dutch Shell, BP): I find that I’m no longer a fan of all-out bets, preferring incremental over radical change. Renewable power pure plays are out of my comfort zone… and I think they are too popular. Brookfield Renewable Partners, discussed above, is well run, but is being recognized for that success given that its 3% yield is near its lowest level ever. I’m not saying it’s a bad choice, it’s just not for me.

Which is why I own out-of-favor integrated energy giant TotalEnergies. And it just happens to be building a renewable power business, using its legacy oil and natural gas operations to transition for the future. This is a process that will take time, but it’s clear that TotalEnergies is looking to become a big player in clean energy. And I’m collecting a fat 7.1% dividend yield along the way. The key here is that oil and gas will remain important for decades to come even in the most optimistic clean energy outlook. TotalEnergies’ cash cow energy business is a foundation that helps me sleep well at night. 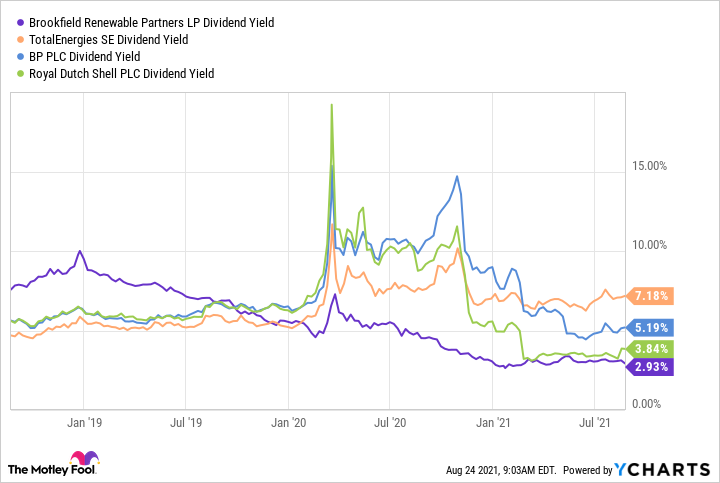 European peers Royal Dutch Shell and BP are going down a similar path. TotalEnergies is just the one I prefer, largely because it continues to openly support its dividend at current levels. Shell and BP both cut their disbursements to help fund their clean energy plans. Shell has already returned to dividend growth, however, increasing its attractiveness in my eyes. Heavily leveraged BP is riskier but probably has the most turnaround appeal. If you are looking to hedge your clean energy bets, all three of these diversified energy giants are worth a closer look.

Neha Chamaria (ReNew Energy Global): There’s a new kid on the renewable energy block, and I have my eyes glued to it. ReNew Energy Global listed on Nasdaq on Aug. 24 after merging with the special purpose acquisition company RMG Acquisition Corp II (NASDAQ:RMGB).

What attracted me to ReNew Energy is its leadership position in a high-potential industry in the world’s second-most populous nation, India. To put it simply, ReNew Energy is India’s largest independent renewable energy producer specializing in solar and wind, with operational capacity of 5.6 gigawatts (GW) and committed capacity of 4.3 GW as of last count.

Those numbers may pale in comparison to the capacity of its U.S. counterparts, but remember, India is still only taking baby steps to cleaner energy. And ReNew Energy still only owns about 6% of the nation’s total installed renewable generating capacity, despite being the industry leader. In short, there’s exponential growth potential for a company like ReNew Energy. In fact, it started with a capacity of only 0.03 GW in 2012, so its capacity growth has already been exponential. Since 2017 alone, ReNew Energy’s operational capacity has grown at a compound annual rate of 29.1%.

India has an ambitious target to install 450 GW of renewable energy capacity by 2030, up more than fourfold from its existing capacity. If planned right, ReNew Energy could be a major contributor to that growth. I also like that ReNew Energy’s founder and CEO, Sumant Sinha, was previously associated with Suzlon Energy, one of India’s largest renewable energy companies, before starting his own company. His expertise in the sector combined with India’s clean energy goals could mean big things for ReNew Energy shares in the coming years. 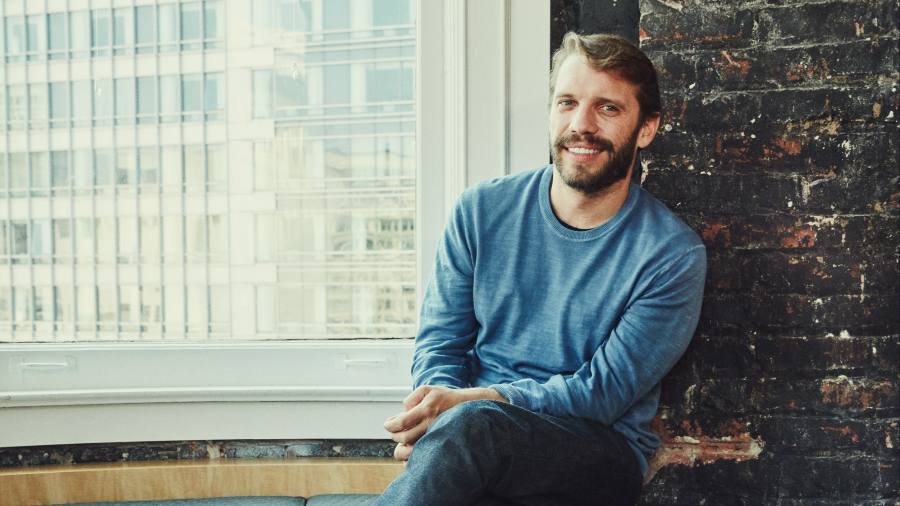 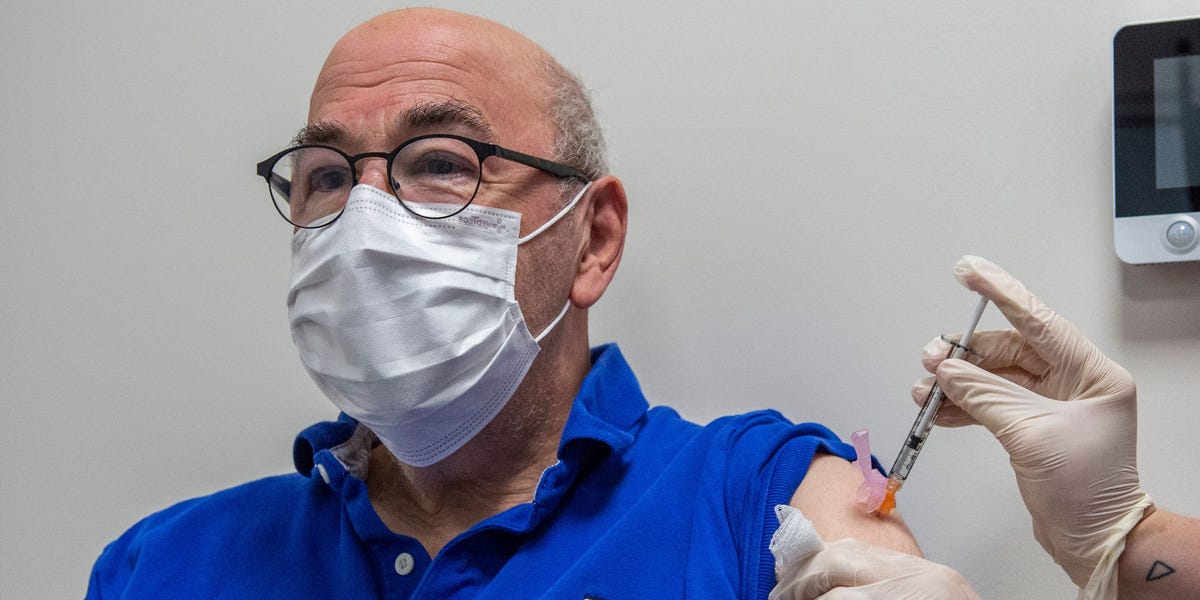 Immunocompromised Americans who had a 3rd COVID-19 shot can now get a 4th, CDC says
1 min ago 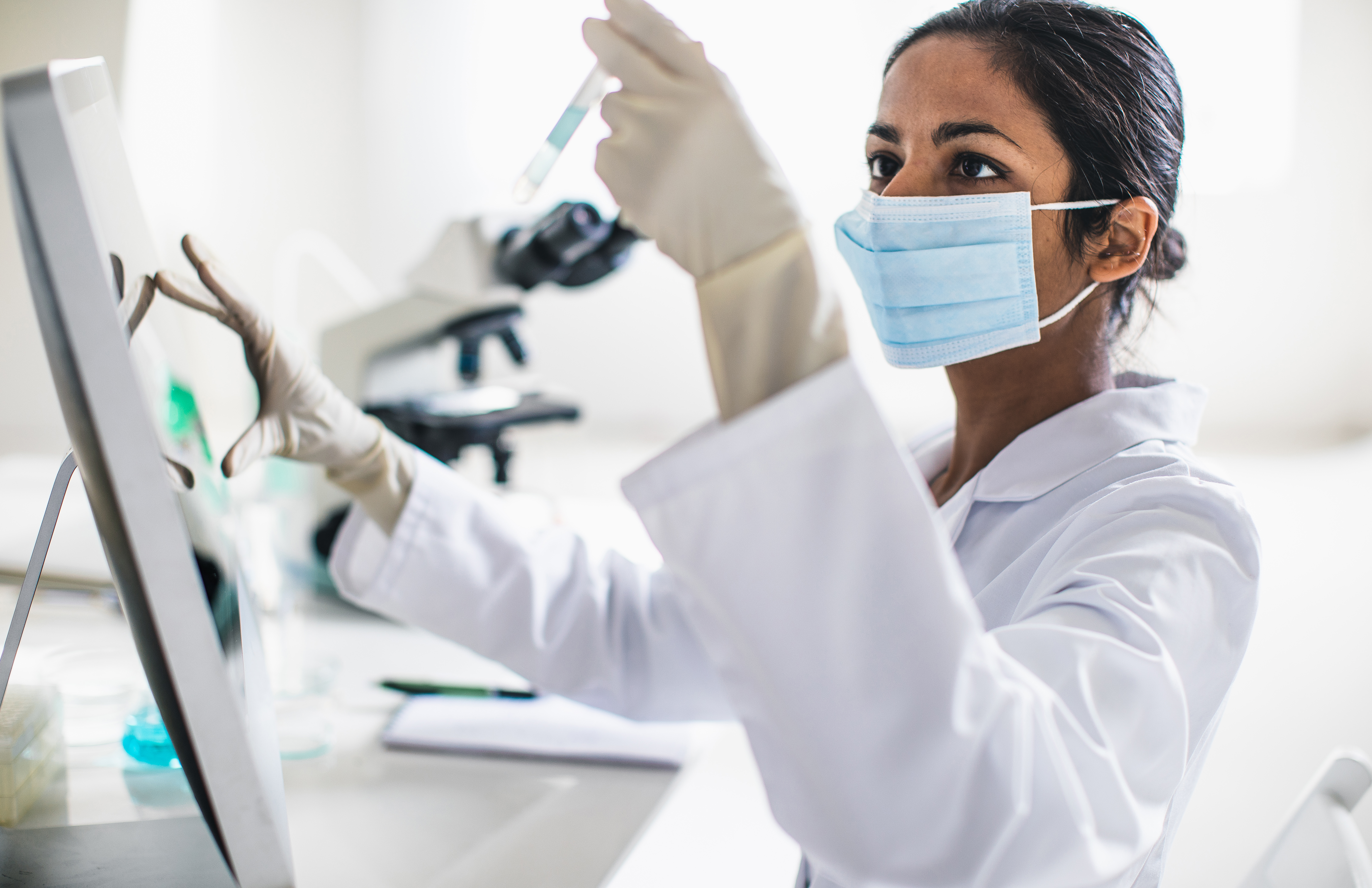 What’s Going On With Novavax Stock? | The Motley Fool
2 mins ago

What’s Going On With Novavax Stock? | The Motley Fool

Pricey lumber is back — boosted by supply cuts, labor shortage
3 mins ago

Investors on board as U.S. oil majors dismiss wind and solar projects By Reuters
4 mins ago

Investors on board as U.S. oil majors dismiss wind and solar projects By Reuters