With Freshers’ week just around the corner, parents across the country are preparing to wave their children goodbye as they start a new chapter in their lives. But the lessons learnt at university go beyond the lecture hall.

Many will be living away from home, buying their own food and having to budget and manage their money for the very first time.

Last year, living costs for the average student were about £795 per month, according to money advice site Save the Student.

Birmingham University graduate Olamide Majekodunmi, 23, tops up her income by working as a lifeguard in the holidays, selling items on eBay and taking online surveys

But this year they are expected to have risen even higher. So Money Mail has put together some top tips to help students make their money go further.

Banks offer accounts exclusively for students with incentives including freebies and an interest-free overdraft.

Santander’s 123 student account comes with a four-year 16-25 railcard which cuts rail travel by a third, and an interest-free overdraft of £1,500 for three years.

HSBC offers £80 cash plus a £20 Uber Eats voucher or a year of unlimited next-day delivery with Asos Premier.

You must make five debit card transactions within a month of opening the account to get the perks.

If you are off to university with a bundle of new gadgets, make sure they are covered against damage and theft.

Before you buy contents insurance check your parents’ home policy. Cover for your valuables might be included as standard or available as an optional add-on for a small price.

Also check whether your parents’ policy will cover you in shared accommodation away from campus, whether you need to keep your possessions locked in your own room and if it covers accidental damage. If you are off to university with new gadgets, make sure they are covered

If you are renting privately, try to negotiate with the estate agent.

Tom Allingham, from Save the Student, says: ‘Before signing your tenancy agreement, see if you can find a way to reduce the rent during the summer, when you won’t be there.

‘This could mean a shorter contract, a break clause or reduced rent for a couple of months.’

You should not be charged fees for registering or to see a list of available properties.

However agents can charge for credit checks, admin and releasing your deposit — make sure you know what you are paying.

You will also be expected to put down a deposit — usually a month’s rent. This should be put in a deposit protection scheme by your landlord.

Birmingham University graduate Olamide Majekodunmi, 23, set a weekly budget to ensure her student loan lasted each term. In her first year she withdrew this money in cash so she could see what she had to spend, and then in her second and third years she would move the money to her Monzo account which did not have an overdraft.

Olamide, who now lives in Woodford Green, East London, topped up her income by working as a lifeguard in the holidays, selling items on eBay and taking online surveys. She says: ‘Pick the good sites such as Prolific and YouGov. I used these and made an extra £50 to £100 a month.’

She also says students who helped at Open Days would earn about £11 an hour. Olamide also suggests speaking to your university about financial support. She says: ‘You would be surprised what grants are on offer. I received a £500 grant to set up my blog All Things Money.’

Split household bills with apps like Splitwise, Acasa or Housemate, from NatWest, which help you keep track of who owes what and allows you to transfer the money directly.

Be careful setting up joint bill bank accounts with housemates who may have a poor credit history that could affect your own records and stop you getting a loan in the future.

Tenants who pay their energy supplier directly have the right to switch to a cheaper deal.

Read the meter when you move in to avoid being on the hook for the last occupant’s bills.

If you plan to watch or record television and streaming content on BBC iPlayer, you will need a TV licence costing £159 per year.

If you spend some of the year away from university, you can usually claim a partial refund.

If your parents have a licence it may cover your use if you only use a device powered by its own batteries — such as a phone or tablet — and you do not plug it into the mains.

Buy-now-pay-later credit schemes offered by firms such as Klarna and Clearpay allow shoppers to pay for items in instalments.

They are typically interest-free but Sarah Coles, from investment platform Hargreaves Lansdown, says: ‘At worst you can miss payments and end up damaging your credit record and racking up charges.

‘The simple rule is that you shouldn’t borrow to pay for things you don’t really need.’

Borrowing £100 for a night out from an online payday lender is also unwise.

The interest rates are incredibly high and will escalate if you do not have the money to pay off the loan.

Satsuma Loans charges as much as 1,575pc. In comparison the interest rate of a typical credit card is 25.9pc.

Students can get freebies and money off using their university ID card.

You will usually need to show proof of ID such as your student union card, or membership to a student discount scheme such as Totum.

Its one-year digital card is free and offers discounts with more than 300 retailers.

Check out student discount sites such as Save the Student (savethestudent.org) and Unidays (myunidays.com) too. 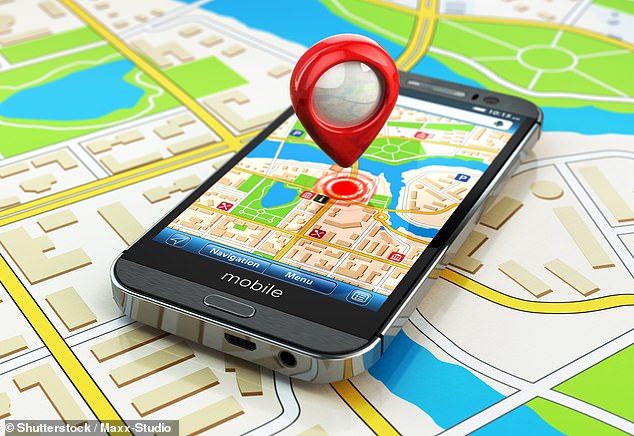 MIDAS SHARE TIPS UPDATE: 1Spatial, is up 30% since March
10 mins ago