BEIRUT, Lebanon — President Biden and his administration speak less of calculated interests in dealing with the rest of the world and more of letting values like democracy and human rights guide the way.

But in the administration’s handling of the public release of an intelligence assessment last week concluding that Crown Prince Mohammed bin Salman of Saudi Arabia had approved the operation that killed the dissident Saudi writer Jamal Khashoggi, American strategic interests prevailed.

The United States sought some accountability for the crime, imposing sanctions on a former intelligence official and the covert force that killed Mr. Khashoggi. But faced with the possibility that directly punishing Prince Mohammed could cause a breach with an important Arab partner — and anger the kingdom’s likely future monarch — Mr. Biden held back to preserve the relationship with Saudi Arabia.

The tension surrounding the release of the assessment on Friday illustrated new frictions in the U.S.-Saudi relationship since Mr. Biden took office and could complicate how the two countries interact going forward.

For the Biden administration, Saudi Arabia has often been a bad actor, and Prince Mohammed is viewed as a brutish upstart who has been allowed to get away with too many destructive moves.

For their part, the Saudis are often baffled by the United States’ focus on human rights cases like that of Mr. Khashoggi, who was killed and dismembered by Saudi agents in the Saudi Consulate in Istanbul in 2018. They worry that a productive, long-term partnership with Washington will fall victim to American domestic politics or the new administration’s desire to reach a new nuclear deal with Iran.

Prince Mohammed has become a lightning rod during his rise to power since his father, King Salman, ascended to the throne in 2015. Saudis praise the 35-year-old prince’s drive to diversify the economy and open up society by taming religious rhetoric and loosening restrictions on women.

United States officials applaud those changes, but Prince Mohammed’s rise has been punctuated by acts that made them wince: the killing of civilians in Yemen with American-made bombs, the arrests of clerics and activists and the sidelining of other princes the Americans knew and trusted.

The assessment and sanctions that the U.S. unveiled last week addressed the most dramatic of those transgressions: Prince Mohammed’s creation of a covert team known as the Rapid Intervention Force to pursue and silence dissidents at home and abroad.

In singling out the force, Treasury Secretary Janet L. Yellen said the United States “stands united with journalists and political dissidents in opposing threats of violence” and would “continue to defend the freedom of expression, which is the bedrock of a free society.”

Complicating the administration’s decision about how to handle Prince Mohammed is the near-complete monopoly on power that his father has given him. King Salman, who is 85 and ailing, delegated tremendous power to his son to prevent a dangerous succession battle among younger princes, said David Rundell, a former chief of mission at the United States Embassy in Riyadh.

“The king short-circuited that by putting one guy in charge and engineering the sidelining of all the rivals,” he said. “There is now no number three.”

Alarm and anger have grown in Riyadh since Mr. Biden entered the White House after criticizing the Saudis during the campaign as a “pariah” and vowing to reassess the U.S.-Saudi relationship.

Mr. Biden has frozen some American arms sales, declined to engage directly with Prince Mohammed and approved the release of the intelligence assessment last week.

Saudis have dismissed Mr. Biden’s moves as efforts to differentiate himself from President Donald J. Trump, who forged an unusually tight relationship with Prince Mohammed that was largely run by his son-in-law and senior adviser, Jared Kushner.

Before the Khashoggi report’s release, Saudi analysts accused the United States of doctoring it to demonize Prince Mohammed and using the issue to curry favor with Iran in hopes of facilitating a new nuclear deal. Others dismissed its findings as lacking in evidence.

“Couldn’t help while reading the US intelligence report on the murder of Khashoggi but to remember the old lady in that old commercial screaming, ‘Where is the beef?’” Jaber Alsiwat, a Saudi engineer, wrote on Twitter.

The kingdom, he wrote, should diversify military production and move international investments away from the United States.

“Americans have proven time and again that they are not reliable partners,” he wrote.

Tensions have flared repeatedly in the 76 years since President Franklin D. Roosevelt and King Abdulaziz, Prince Mohammed’s grandfather, laid the groundwork for a partnership based on American access to Saudi oil in exchange for a guarantee that the United States would defend Saudi Arabia against foreign threats.

While that agreement rested solely on strategic interests, the values of the two countries — a democracy invested in protection of individual rights and an Islamic monarchy with little tolerance for dissent — have been starkly different.

Some of Prince Mohammed’s actions have exposed those tensions, such as his move forcing the resignation of Lebanon’s prime minister and his detention of hundreds of the kingdom’s richest princes and businessmen in a Riyadh hotel on accusations of corruption, both in 2017.

But none of his moves rankled United States officials more than the creation of the Rapid Intervention Force, which Prince Mohammed authorized to go after Saudi dissidents: first online through electronic surveillance and hacking, then by physically seeking them out abroad.

In the first few years of King Salman’s reign, at least seven Saudis who had in some way run afoul of their government were arrested abroad and flown back to the kingdom.

While the Saudi intelligence service had long worked closely with the United States on counterterrorism and other security issues, the anti-dissident operation was kept away from the experienced professionals and run by two of Prince Mohammed’s confidantes, Saud al-Qahtani, on whom the United States imposed sanctions in 2018, and Ahmed Asiri, who was penalized on Friday.

It was this operation that blew up in Prince Mohammed’s face last week. The intelligence assessment noted “Prince Mohammed’s support for using violent measures to silence dissidents abroad” and concluded that his “absolute control of the kingdom’s security and intelligence operations” made it unlikely that the agents who killed Mr. Khashoggi would have acted on their own.

The kingdom reacted to the report with defiance, saying it rejected “the negative, false and unacceptable assessment” while vowing to maintain “the resilient strategic partnership” that it had long enjoyed with the United States.

Prince Mohammed has not spoken publicly since the report was released, and it remains unclear how it will affect his relations with the United States going forward.

He is unlikely to be welcome in Washington anytime soon, although that could change if he becomes king, as expected, after his father dies.

Saudi officials have spoken about the kingdom’s need to diversify its international partnerships, and poor relations with Mr. Biden could accelerate that shift.

“If the Biden administration pushes this too far, the Saudis will go somewhere else, and they now have more options than they used to,” said Mr. Rundell, the former head of mission.

Saudi relations with Russia have warmed under King Salman; Prince Mohammed has struck up a camaraderie of sorts with President Vladimir V. Putin, and the two countries coordinate oil policy.

The Saudis have also increased ties with China, which has become their biggest trade partner and which refrains from criticizing Saudi human rights violations.

But other experts said that U.S.-Saudi ties run too deep to be quickly abandoned.

“There is no question that Saudi Arabia needs to signal to the U.S. that it has other options and that it is going to hedge by putting some eggs in the Chinese basket and some in the Russian basket,” said Bernard Haykel, a professor of Near Eastern studies at Princeton University who studies the kingdom. “But the fact is that no one can replace the United States as far as Saudi Arabia is concerned.”

The decades of partnership mean that much of the Saudi elite has been educated in the United States; the kingdom’s currency remains pegged to the dollar; the culture of the Saudi oil industry is largely American; its military uses primarily American-made equipment; and many of its officers have received American training. All of that could take decades to undo.

“They can’t look anywhere else in a serious way,” Mr. Haykel said.

Week ahead: NCUA board meeting, House to vote on SAFE Banking Act
2 seconds ago

EUR/USD Breaks Above 1.20, Next Targets In Focus | Investing.com
1 min ago

EUR/USD Breaks Above 1.20, Next Targets In Focus | Investing.com 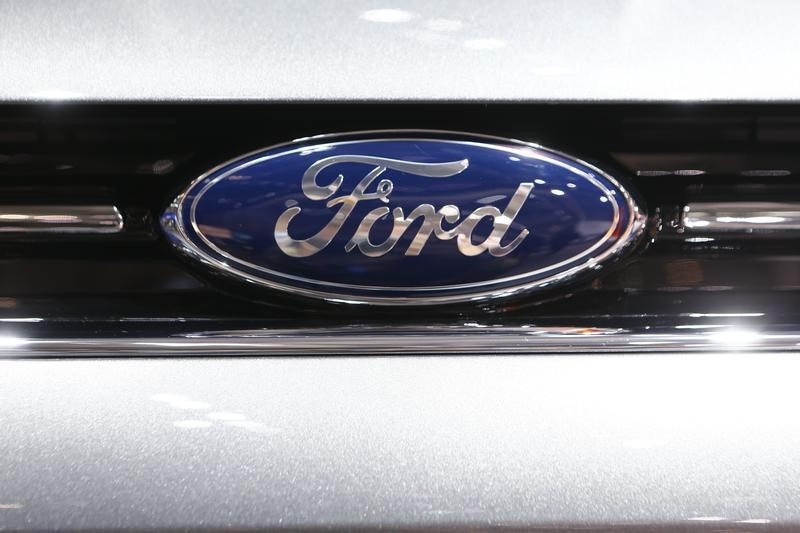 Ford to start on-site COVID-19 vaccination for U.S. employees By Reuters
4 mins ago 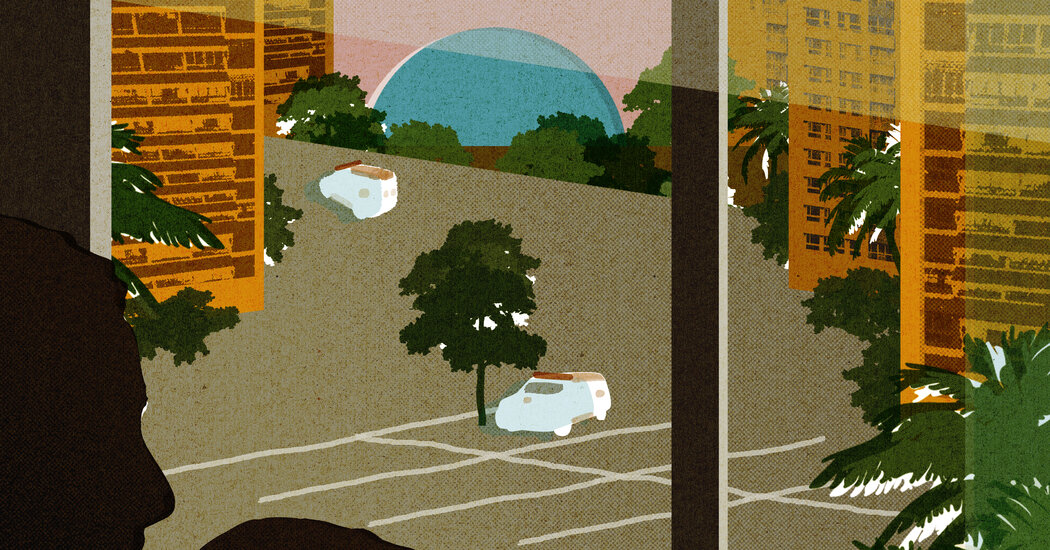 Opinion | My Daughter and I Are Trapped in Brazil’s Tragedy