Kieran Culkin wants to move to the UK, but his British wife might take a little bit more convincing.

The Succession actor, 39, said he would jump at the chance to move to London, but former model Jazz Charlton, who he married in 2013, isn’t so keen.

The star said his ideal scenario would be to land a short-term job in England, when he could persuade his London-born spouse to make the move permanent.

Asked if he’d consider relocating to the UK, he told the Observer New Review: ‘I want to. I try to talk Jazz into it all the time but she has a love-hate relationship with London.

‘It’s the same relationship she has with her mother. She can talk s*** about it all day, but if I say one bad word about it, she defends it.’

The Home Alone actor said he ‘loves it in Britain,’ and dreams of landing a West End job for a few months ‘just to get her here temporarily at first.’

Elsewhere, the American admits he finds it ‘itchy and irritating’ seeing actors try desperately hard to be liked at work because he insisted it is ‘fun’ to play unlikeable roles.

He confessed to ‘cringing so hard’ on set if, once the camera starts rolling, an actor’s face changes ‘because they just really want people to like them.’

‘You just want mommy to like you? Some characters are supposed to be a piece of s***.

However, the brother of Macaulay and Rory Culkin is still uncomfortable with fame and he can’t understand why anyone would pursue a life in the public eye.

He said if most people saw fame close up, ‘they would go, “This is awful.”’

‘Well-adjusted people wouldn’t pursue the celebrity aspect. It changes your life and not usually in a positive way.’

While Kieran doesn’t let being recognised on the streets bother him so much anymore, it does bug him when strangers ‘surreptitiously take pictures of his wife or kids.’

But besides that, he tries to ‘live a normal life.’

He has been married to Jazz for eight years.

Career-wise, Keiran is best known for his role as Roman Roy in HBO series Succession.

His portrayal of the character saw him nominated for a Golden Globe Award for best supporting actor.

Succession is available to stream on Sky Atlantic and NOW in the UK.


MORE : Kate Beckinsale reveals her ‘very high IQ’ didn’t help her in Hollywood: ‘It might have been a handicap actually’

Inside Gonzaga’s Vegas week: Two wins, an instant-classic loss and a team under construction
2 mins ago 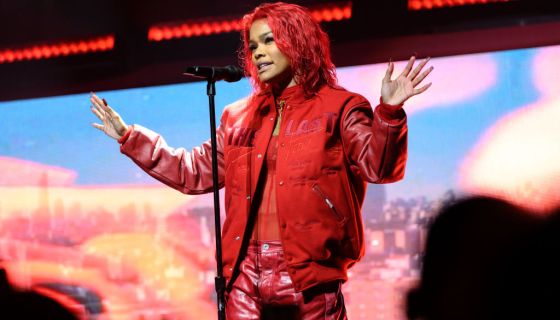 Teyana Taylor Thanks Fans For Support After Hospitalization, Says Her Body ‘Simply Just Gave Out’
4 mins ago

Teyana Taylor Thanks Fans For Support After Hospitalization, Says Her Body ‘Simply Just Gave Out’