Only the best for daddy’s little girl. In a recent interview, ‘Family Feud’ host Steve Harvey admits that he ‘approves’ of daughter Lori’s romance with Michael B. Jordan.

Lori Harvey, 24, has her stepdad’s approval! Her and Michael B. Jordan‘s romance is as strong as ever, especially now that her stepdad, Steve Harvey, 64 approves of the relationship. The famed comedian recently spoke to PEOPLE about his feelings on the actor dating his stepdaughter in an interview on September 20.

“I don’t speak publicly about this type of stuff, but I’m happy for my daughter right now. I really am,” the comedian, 64, confessed. “It’s the first time I’ve been happy for her [in a relationship]. And it’s the first time she’s been happy. He’s just a good guy. If he wasn’t, get him out of here, ’cause I have ways,” the Family Feud host continued. “But I can’t say nothing bad, man. He’s just got a great family, man. He’s a spiritual guy.”

But, “he’s not the sexiest man alive to me, at all,” Steve joked, while referencing the title Michael was given in 2020. “I haven’t seen it. I haven’t seen anything sexy yet.” All jokes aside, Steve just wants the best for his daughter, as anyone would. “But I’m a father. I don’t give a damn if you [are] cute,” he continued. “I just want somebody to treat my princess the way I treat her.”

The model started dating Michael in November 2020, and they went public with the relationship in January 2021. Since going public, the duo have been posting glimpses into their romance on social media.

As of now, the lovebirds have been an item for almost a year now and show no signs of slowing down. As time goes on, it seems as if the model can no longer contain her love and adoration for her beau. During her appearance on The Real season 8 premiere on Monday Sept. 20, she confirmed that the pairing is truly a romance for the ages! “We just really balance each other,” Lori told co-hosts Loni Love, Adrienne Bailon Houghton, Jeannie Mai Jenkins, and Garcelle Beauvais. “I really do believe in the statement when they say, ‘when you know you know.’ And I think that really applies to our situation and we just have a really good time together,” she added.

It seems as if she is not the only one that is head over heels. In an interview with People in April, Michael spoke about why he decided to be public about his relationship with Lori, after keeping his personal life private for years. “I’m still private, and I want to protect that, but it just felt like it was a moment of just wanting to put it out there and move on,” he said. “I’m extremely happy.” 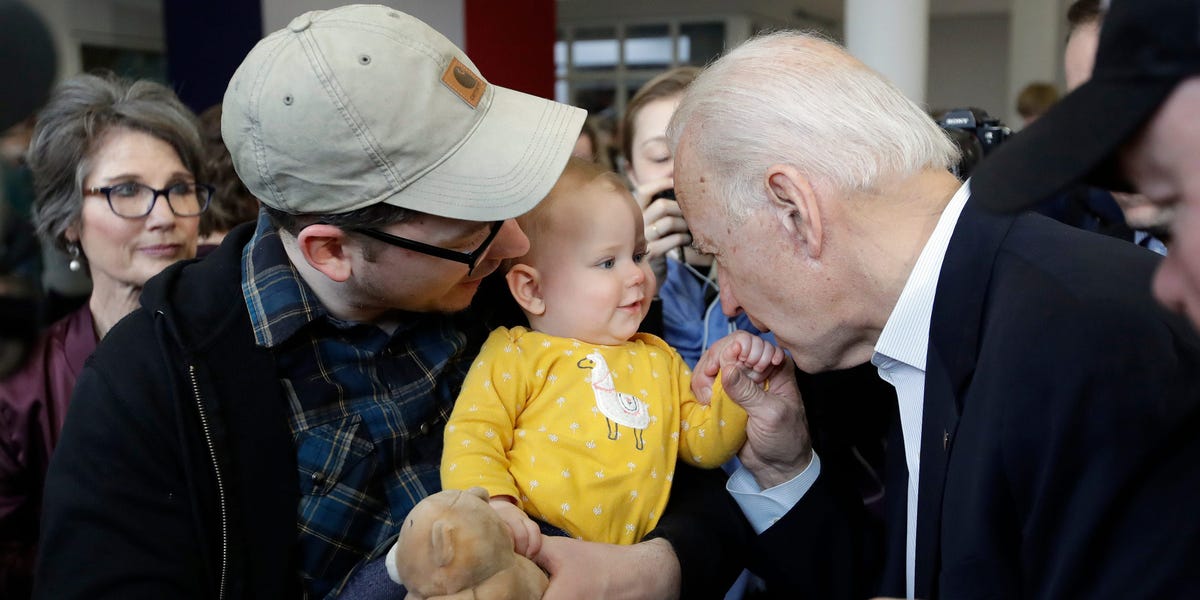 Biden just abandoned his pledge to American families by nixing paid leave. It’s still a ‘truly historic’ agenda but leaves the US with ‘so much left to do.’
4 mins ago

Biden just abandoned his pledge to American families by nixing paid leave. It’s still a ‘truly historic’ agenda but leaves the US with ‘so much left to do.’