We didn’t think the Nicki Minaj vs Boris Johnson, Piers Morgan, Chris Whitty and Laura Kuenssburg could get any stranger, but now a poor unsuspecting tech editor has been dragged into the mess.

Protocol editor-at-large David Pierce found himself being branded ‘ugly’ by Nicki Minaj, after the rapper mistook his handle for Piers Morgan’s.

Kind of like when that kind American man gets mistaken for the department store John Lewis and has his mentions destroyed every Christmas.

On Tuesday night, things got very weird after Nicki, 38, was called out at a coronavirus briefing from Professor Whitty and the Prime Minister over her viral tweet, in which she claimed her cousin’s friend in Trinidad suffered from swollen testicles and became impotent – causing his girlfriend to cancel their wedding – after he got the Covid-19 vaccine (a claim which has been debunked).

Piers, 57, waded into the row, calling Nicki ‘ghastly’ and ‘one of the rudest little madams I’ve ever met’, with the rapper replying: ‘Sir I’ve never met you. I know… we all look alike. “Rudest little madam”. I like it. Has a special ring to it. Thanks Pierce. Love the accent. I’d love to come chat. Scones. Tea. Clown nose & big red shoes for you. Lmk babe.’

The former Good Morning Britain host tweeted: ‘Madam, we met on @AGT when you appeared as a guest act – but you refused to say hello to my three young sons because you were ‘too busy’. Oh, and it’s ‘Piers’ – I know, we Brit names all sound alike.’

Nicki accused Piers of lying, firing back: ‘I never turn down pics with kids. If a middle person told you that, they were out of line. don’t blame me you stupid piece of s***.’

She added: ‘He gon make me go live. Chiiiiileeee. Does he have an ig. I wanna go live with him. ENOUGH UGLY!’

Unfortunately, she tagged @pierce, not @piersmorgan, who is a very different person.

Poor @pierce is David Pierce, who found his mentions flooded with Barbz.

The tech journalist tweeted: ‘I get incorrectly tagged in a lot of wrong tweets but this one is going to be … particularly bad.’

Attempting to clear up the situation, he replied to Nicki: ‘Hi Nicki! Big fan, down to hang on IG anytime. But I think you meant @piersmorgan, who sucks, I agree.’

The Super Bass star realised her error and responded: ‘Oops sir’, but there’s no hard feelings, as David has now added to his Twitter bio: ‘One time, Nicki Minaj called me ugly.’

He also revealed in response to a follower that the mix-up happens a lot, explaining that a ‘lotta people mad at Piers Morgan! And I guess i autocomplete and am verified so people assume? I’m honestly not sure but it happens a LOT.’

Now, all we need is a diss track from Boris Johnson to make things even weirder…


MORE : Louise Minchin shut out of BBC building as pass stopped working ahead of emotional last day on Breakfast Trump’s Pentagon Chief Quashed Idea to Send 250,000 Troops to the Border
4 mins ago 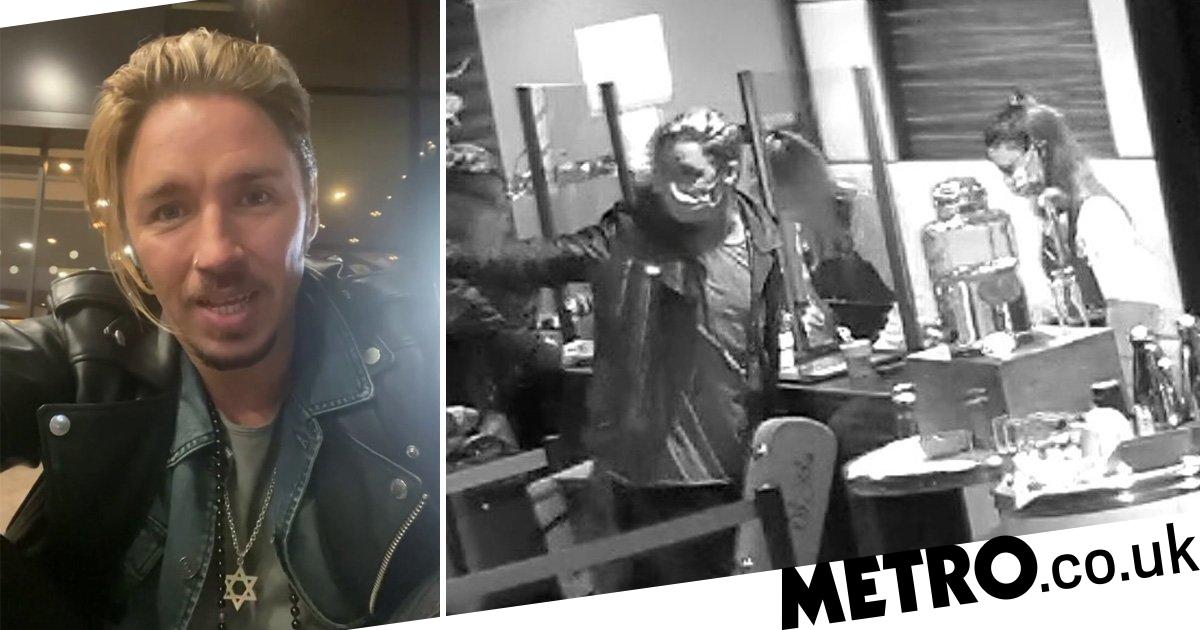