We’re now three days ahead of the German federal election and one of the few certainties is that the country’s political system is shifting away from the US model of two dominant parties and heading into the political fragmentation seen elsewhere in Europe. While a three-party government would be a first for the continent’s powerhouse, it will still be a long way from Belgium’s seven-party coalition.

Sticking to the German election landscape, we’re exploring how online disinformation is blending anti-vaccine with political conspiracy theories, with disturbing parallels to the US, not least in the use of the letter Q — both at the core of America’s QAnon conspiracy and a shorthand for Germany’s vaccine sceptics, the Querdenker.

Our profile this week happens to be of a German — Verena Ross, the newly elected head of the European Securities and Markets Authority, who worked for regulators in Hong Kong and London before moving to the Paris-based body. A majority of ambassadors in Brussels yesterday voted in her favour, ending a months-long stalemate.

We’ll also hear from Spain, where the centre-right opposition is engaging in internal power fights, to the benefit of socialist Prime Minister Pedro Sánchez.

And all Aukus strife aside, the EU yesterday announced a new partnership with the US on vaccines and Covid-19 medicines, pledging 500m doses for lower-income countries. (The US pledged 1.1bn)

The growth of online anti-vaxxer communities in Germany has amplified election disinformation that researchers warn could erode confidence in democracy among an already alienated portion of society, writes Erika Solomon in Berlin.

Researchers of online hate speech and conspiracy theories say the encrypted chat application Telegram has become a particular favourite, not only for Germany’s far-right, but also for anti-vaxxers who call themselves Querdenker, or lateral thinkers.

A study by Avaaz estimated that the most affected by online disinformation and hate campaigns are Green chancellor candidate Annalena Baerbock, and Armin Laschet, the candidate for Angela Merkel’s CDU. Avaaz said Baerbock was by far the most targeted, with about 25 per cent of disinformation relating to her. In second came Merkel (13 per cent) and then Laschet (10 per cent).

Some posts — such as a false article claiming Baerbock planned to ban pets — spread so widely they were then covered by mainstream media.

While social media platforms such as Facebook and Twitter still play a major role, Telegram has become a new headache because a lot of content originates there, then spreads. It is even harder to tackle, because it is a user-to-user messaging service, similar to WhatsApp.

“There are all these Telegram groups trying to undermine [Laschet],” one CDU adviser said, complaining of viral hashtags such as #LaschetLies.

One fake voice note recorded by a member of the far-right Alternative for Germany (AfD) claimed the election was decided in April by Merkel, who had allegedly introduced Baerbock to her inner ruling circle. It was shared at least 750,000 times on Telegram, according to Josef Holnburger, co-director of the Centre for Monitoring, Analysis and Strategy.

In recent years, AfD has shifted its messaging from a mainly anti-immigration party to embracing anti-vaxxer positions and conspiracy theories questioning the legitimacy of German democracy.

While Querdenkers represent a very small minority of Germany’s 83m population, radicalisation experts have long warned of a porous boundary between conspiracy theorists and the far-right. Some are concerned this could lead to unrest after the pivotal elections this Sunday, which will end Merkel’s 16 years at the helm.

“I’m worried about the narratives being spread of a stolen, fake election,” said Holnburger. “It can be harmful for decades if you destroy trust in democratic elections and transfer of power.”

He drew parallels to the January 6 storming of Capitol Hill among those who believed the election was stolen from then-president Donald Trump.

Germany has already had its own experiences with online conspiracies affecting the real world. In August, a mix of Querdenkers and far-right protesters at an anti-coronavirus measures rally tried to storm the Reichstag building.

On Monday, another incident turned deadly: Police arrested a man who allegedly shot a petrol station cashier in the head after demanding he wear a face mask. According to investigators, the man followed far-right and Querdenker Telegram channels.

The European Central Bank yesterday published scenarios on how climate change could impact 4m companies and 1,600 banks in Europe over the next 30 years. The biggest physical risk came from wildfires, particularly in the south, meaning banks in those countries were more exposed to a potential rise in loan defaults. Mining, electricity and gas companies would also be hit by “significant costs to reduce emissions”. (More here)

The deadlock over the next chair of the European Securities and Markets Authority (Esma) has finally been broken after EU haggling over prestige jobs left the position unresolved for six months, writes Philip Stafford in London.

Yesterday a secret ballot among EU ambassadors voted in favour of Verena Ross, a German, who edged out her main rival, Italian Carmine Di Noia, a commissioner at Italy’s Consob regulator, for the plum role.

Created after the 2008 financial crisis, the Paris-based agency took on powers to oversee markets and ensure common standards across the bloc. Dutchman Steven Maijoor turned it into one of the EU’s success stories, marrying the aims of the legislation with the gritty reality of market practice.

Esma published the shortlist for his replacement last November but the process descended into acrimony with accusations that Germany and Italy were more concerned with pushing their national interests.

The timing for a fight was awkward. The EU is trying to set its own post-Brexit regulatory path and kickstart its slow-moving Capital Markets Union. It was an embarrassment that it couldn’t agree on a candidate to help oversee projects designed to foster unity.

Assuming parliament ratifies the appointment, it is a promotion for the 53-year-old Ross, who was Esma’s executive director until her term expired in May. It also means the agency’s two most senior positions will both be held by women. Addressing the gender imbalance among the EU top jobs was also one of the underlying themes in the process.

There’s plenty for her to address.

Europe’s markets rule books need updating to account for the departure of the City of London. New Financial, the UK think-tank, estimates the EU’s share of global capital markets activity has fallen from 22 per cent before Brexit to just 14 per cent.

“In the longer term, without urgent reform, the EU’s share will shrink to around 10 per cent,” it said this week. Draft regulations on issues such as crypto assets are coming.

Ross is regarded as practical and conciliatory and Esma’s outlook may be influenced by her curriculum vitae. A fluent Chinese speaker who worked for the Hong Kong regulator, she also spent 15 years in Britain at the Bank of England and the now-defunct Financial Services Authority.

Some politicians have complained she might not be tough enough dealing with London. That jibe may return in coming months when Esma must advise Brussels on whether to continue allowing euro-denominated derivatives to be cleared in London.

But the EU still relies on the City for this sensitive service, and others. It is years from building its own capacity and there is no guarantee the market will come. Sometimes a mutual respect and understanding between regulators is the most pragmatic course in a global market such as finance — perhaps making Ross the ideal candidate for the job.

The last few months have been pretty good for Spain’s centre-right opposition party. The last few weeks, not so much, writes Daniel Dombey in Madrid.

After years of trailing Pedro Sánchez’s ruling Socialists in the polls, the People’s party steamed into the lead this spring, revitalised by a thumping election triumph in its traditional stronghold of Madrid.

Things were looking up for Pablo Casado, the party’s 40-year-old leader.

No one expects the PP — or for that matter the Socialists — to win an absolute majority in the next elections, due by the end of 2023. But given the way the polls were heading, Casado could hope to get into office without relying too much on the hard-right Vox party, or indeed on regional parties that object to Vox.

But then came a touch of fratricidal strife.

Isabel Díaz Ayuso, the victor in the Madrid elections, set out her goal of taking over the leadership of the region’s party as well, pushing for its congress to be brought forward so she could assume control.

Casado has resisted, making clear he does not favour her candidacy or hurrying up the congress.

On one level the spat matters because the local PP chief has influence in choosing parliamentary candidates, adding to the power of patronage.

But it is particularly significant because of the tension it signals between Casado and Díaz Ayuso, two old friends who have backed each other in the past. Casado appears to be worried about Díaz Ayuso becoming overmighty. Meanwhile, the Madrid leader could conceivably be positioning herself for the national leadership, should the PP fail to win the next election.

After all, when it comes to the national vote, Casado is already a two-time loser. As Diaz Ayuso made clear in recent, none-too-subtle comments about the PP, that contrasts with her own record. “When we have a person who wins elections, we get it together,” she said.

Remarks like that suggest that the jockeying for position within the opposition is set to continue for quite a while — which could be good news for prime minister Sánchez.

We are united with our European allies in making sure you get adequate, affordable gas supply this winter

The Road to Recovery — Our must-read briefing on business and the economy, post-pandemic. Delivered three times a week, it contains expert analysis on the changes to our workplaces — and our lives. Sign up here. 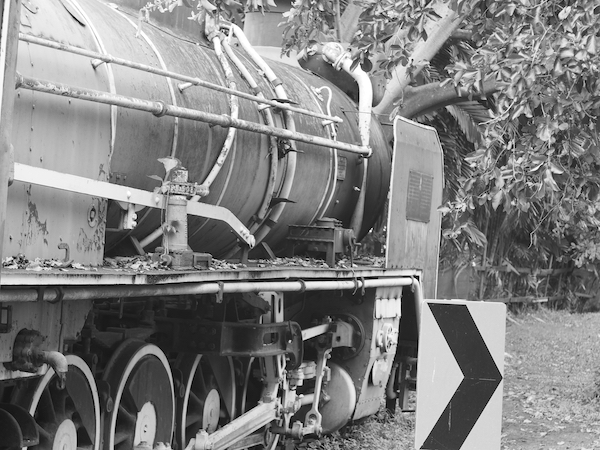 Fisher dismissive of LSU talk, loves ‘being at A&M’
2 mins ago

Fisher dismissive of LSU talk, loves ‘being at A&M’ 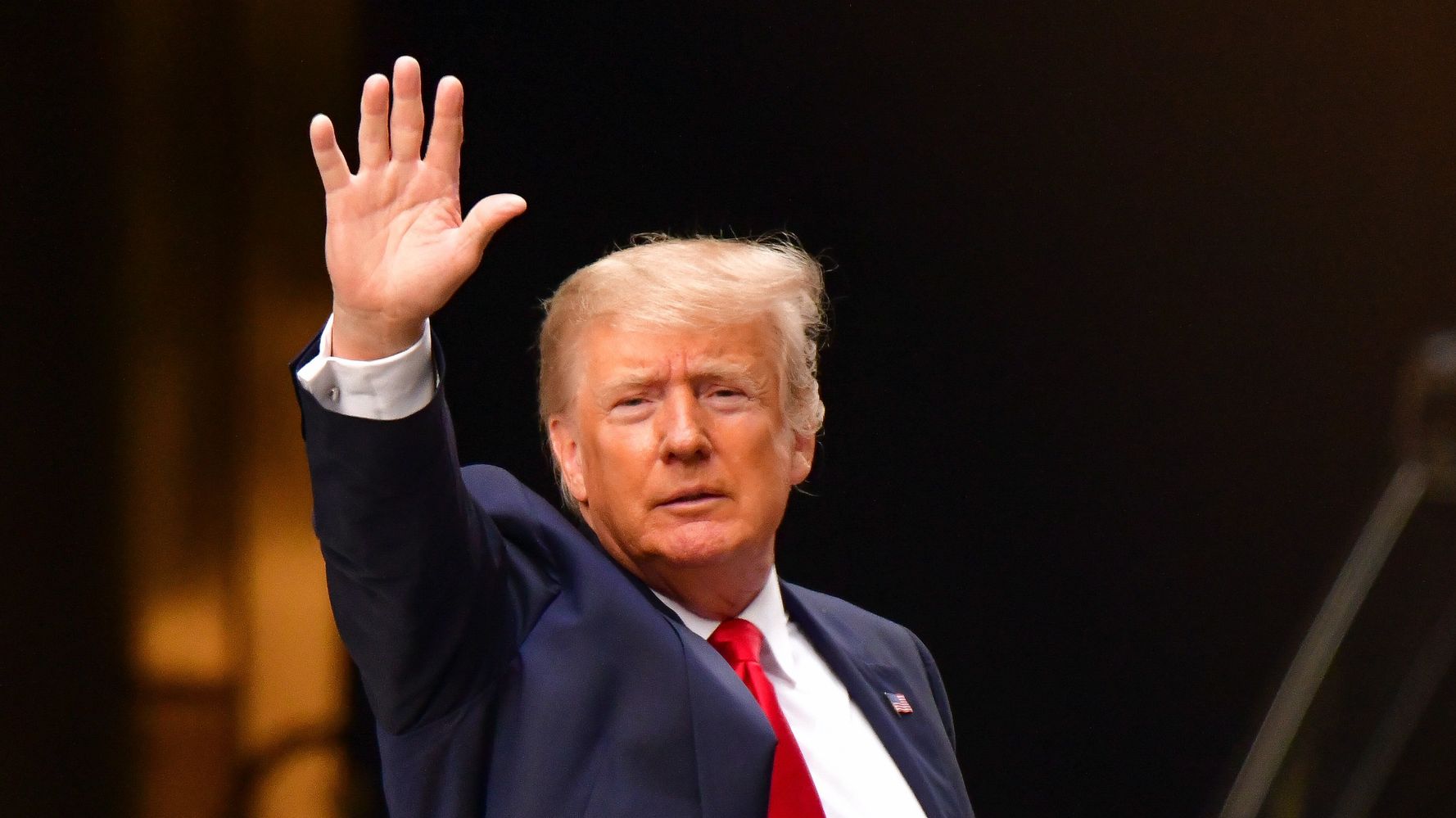 Trump Questioned In Lawsuit Over 2015 Protester Crackdown
4 mins ago